The Great Houses of Ireland

There’s nothing quite like Ireland. You can experience some of the most breathtaking places in and around Co. Kilkenny in a webinar—part travelogue, part virtual tour—that highlights American Ancestor’s 2019 tour to this special part of the world. Curt presented the webinar online in September of 2021 for the New England Historic Genealogical Society. Click here to the watch the presentation on YouTube.

In September of 2019 we explored the finest houses and gardens in and around Co. Kilkenny. Based at Mount Juliet, a glorious five-star hotel that began life in the 18th century as a country house, we experienced locally-inspired cuisine and had privileged access to some of the most remarkable places in Ireland.

Our first visit was to Borris House, home of the MacMorrough-Kavanagh family (former Celtic kings of Leinster), who have been seated here since the house was built. In the 19th century Borris was the home of the remarkable Arthur MacMorrough-Kavanagh, who was born without arms or legs, but who soared to great heights: he was an MP, a privy councillor, an excellent shot, a top-notch horseman, and a man who traveled all over the world.

Kilkenny Castle, the ancient home of the earls of Ormond, is one of the most important houses in Ireland. Here we had a private tour of the spectacular interiors, stuffed with furniture, decorative arts, and Old Master paintings of the highest quality.

The secretive, magical Kilfane Glen is one of the best examples in Ireland of an 18th century romantic era garden. Here owner Nicholas Mosse led us on a tour of woodland paths, tiny bridges, streams, ancient trees, and wild foxglove. This sweet garden, which has remained virtually untouched for 200 years, was opened just for us.

One of the highlights of the tour was an intimate dinner at Ballysallagh House hosted by owners Geralyn and Kieran White. One of the few early 18th century Irish houses to have survived unaltered, Ballysallagh was in the same family from 1722, when it was built, until 1939. The Whites, in their restoration, respected the historical elements of this charming middle-sized country house and have filled it with beautiful pieces of furniture and art. 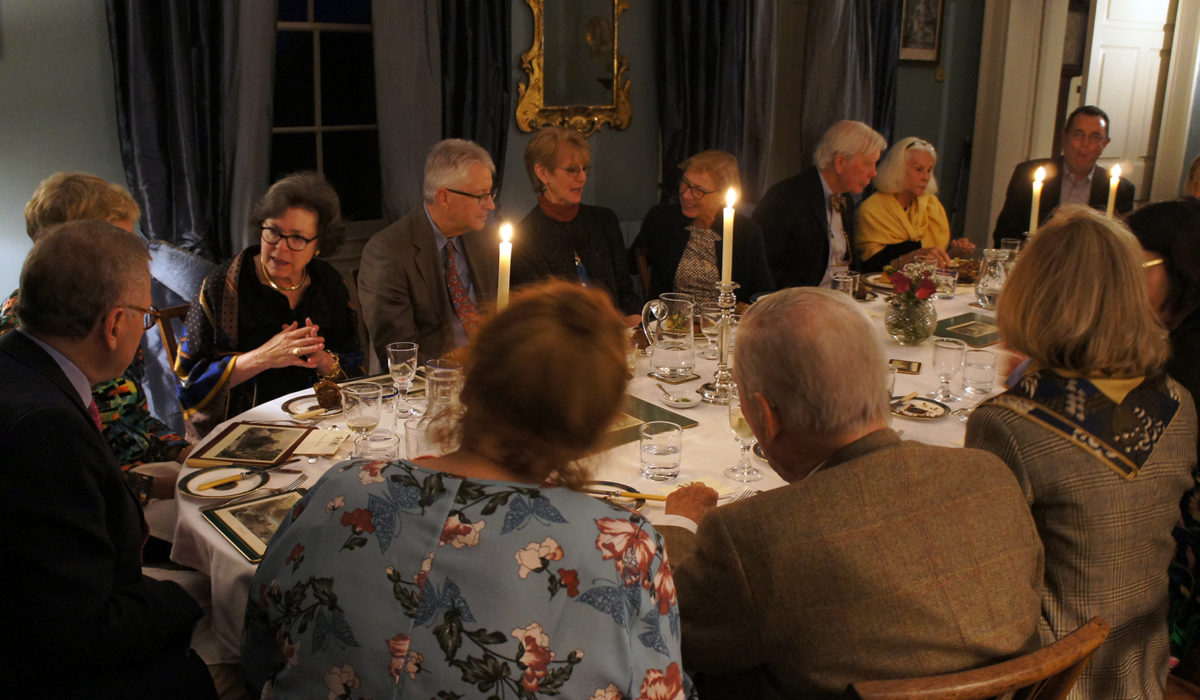 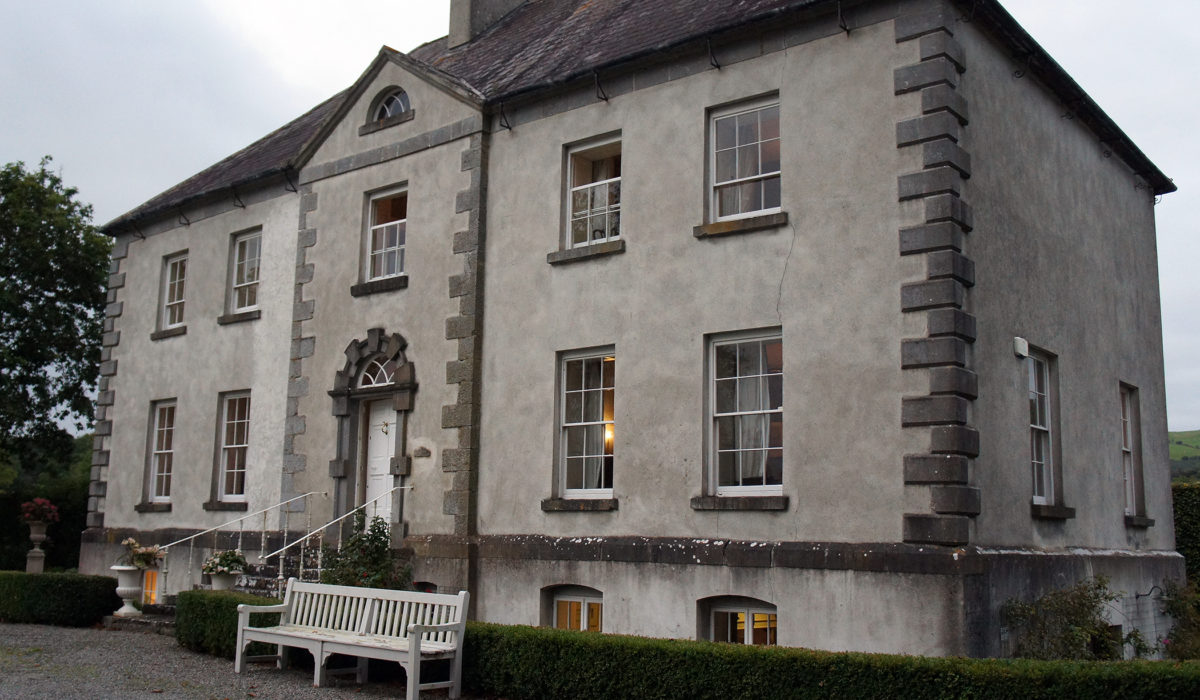 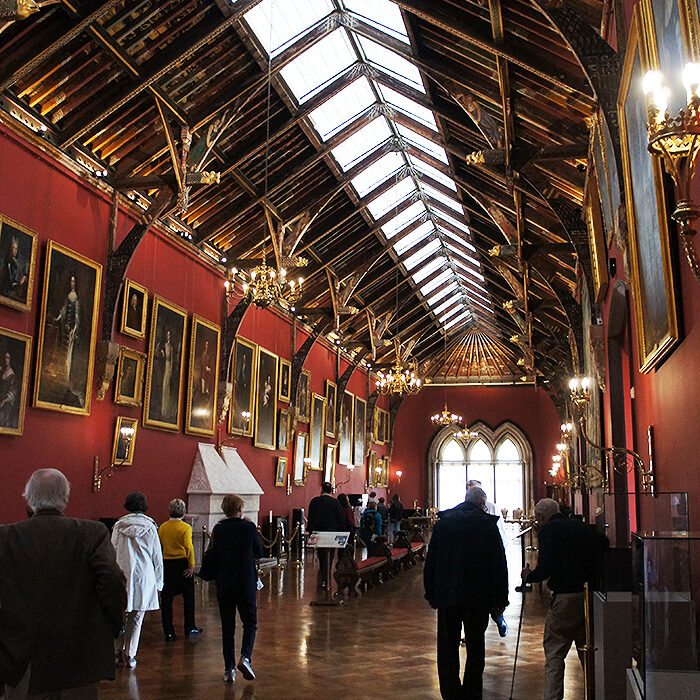 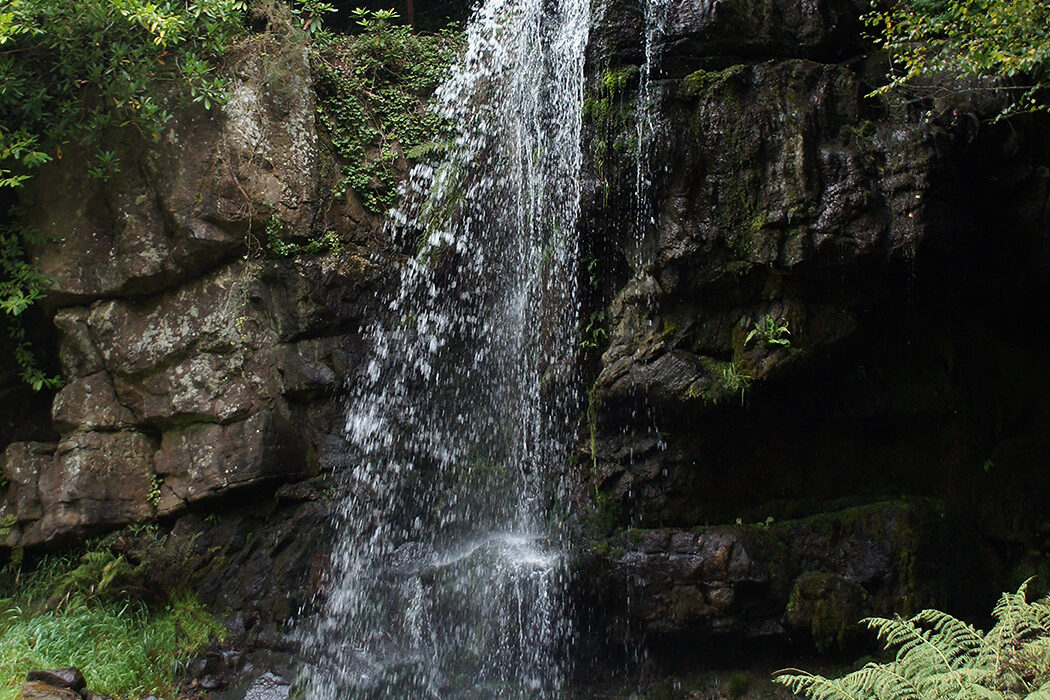 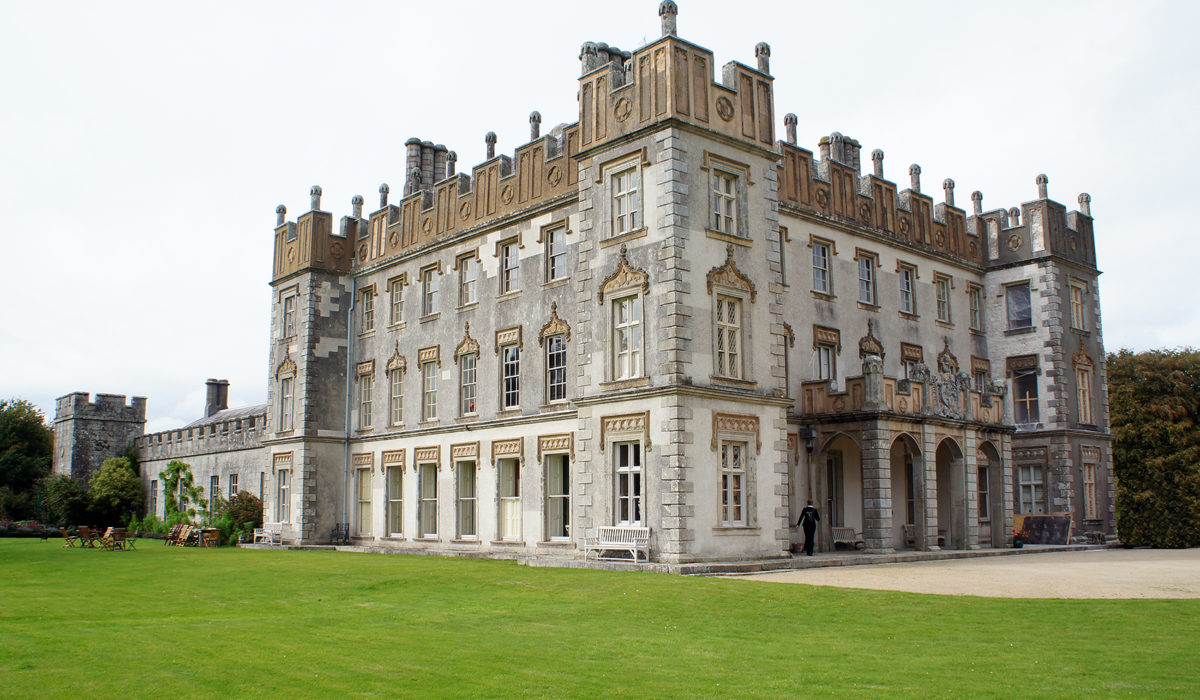 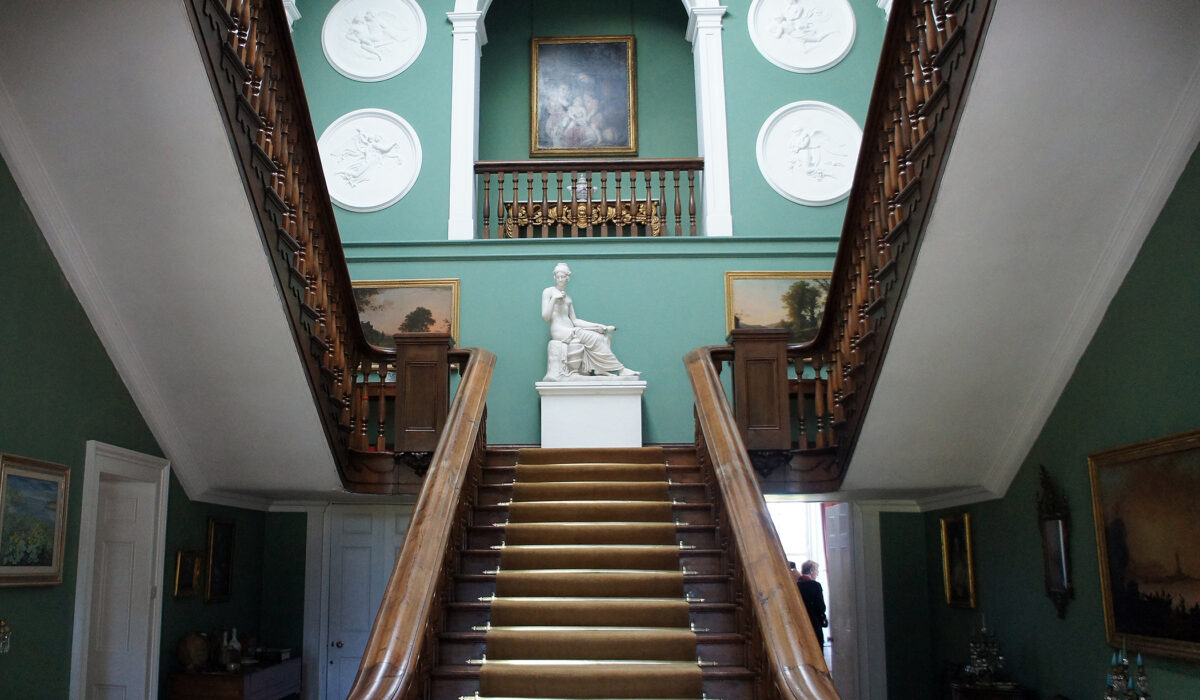 Perched high above the River Blackwater, Dromana House has been the home of the Villiers-Stuart family for over 700 years. At its height in the 1820s, the Dromana estate stood at 40,000 acres, making it one of the largest in Ireland. By the 1960s the family had fallen on hard times and the majority of the house was demolished. The Hindu-Gothic gatehouse, one of the most intriguing buildings in Ireland, is Dromana’s claim to fame today. Here we were given a tour led by Barbara Grubb, a member of the Villiers-Stuart family, who shared tea, biscuits, and breathtaking views over the River Blackwater from her family’s ancestral home.

At Tourin owner Kristin Jameson (of the famous Jameson Irish whiskey family) showered us with refreshing alcoholic beverages upon arrival, followed by a scrumptious lunch. Afterward Kristin and her sister led a tour of their family’s home, built in the 1840s and famous for its magnificent imperial staircase. We ended our visit to Tourin with a tour of the 15-acre garden, which shone brilliantly in the afternoon sun.

Lismore Castle, one of the country’s grandest houses, has been the Irish seat of the dukes of Devonshire since 1753. Lismore began in 1602, when Sir Walter Raleigh owned the castle. By the time it came into the ownership of the dukes of Devonshire in the 18th century, the castle had been rebuilt several times. In the 19th century the 6th Duke of Devonshire rebuilt Lismore on a lavish scale, leaving it as the Gothic fantasy castle seen today. Possibly the highlight at Lismore was the garden, one of the most sublime and enchanting in Ireland.

The dinner at Ballysallagh House with Geralyn and Kieran was the highlight of the tour. I love that we shared meals with so many house owners.

Lisnavagh House was graciously thrown open to us by owners Emily and William McClintock-Bunbury, whose first family home was built here in 1696. In 1847 Captain William McClintock-Bunbury commissioned the current Gothic Revival style house, which is where we were hosted for lunch and a tour. The family, who moved to Co. Carlow in the 1660s, claims descent from Baron de St. Pierre, a Norman knight who fought under William the Conqueror at the Battle of Hastings in 1066.

Altamont Gardens, with Altamont House at its core, is considered the jewel in Ireland’s gardening crown. Set on the banks of River Slaney, with views of the Blackstairs Mountains, the garden is an enchanting blend of formal and informal, large outcroppings of stone, and riverside walks. Here we were given a tour by the head gardener, who highlighted the 500-year-old oaks, a Wellingtonia (a giant redwood that was planted to commemorate the Battle of Waterloo), and a variety of azaleas and magnolias. When Corona North, the last private owner, died in 1999 she bequeathed the 100-acre garden to the Irish government, who maintain and open it to the public under the stewardship of the Office of Public Works. 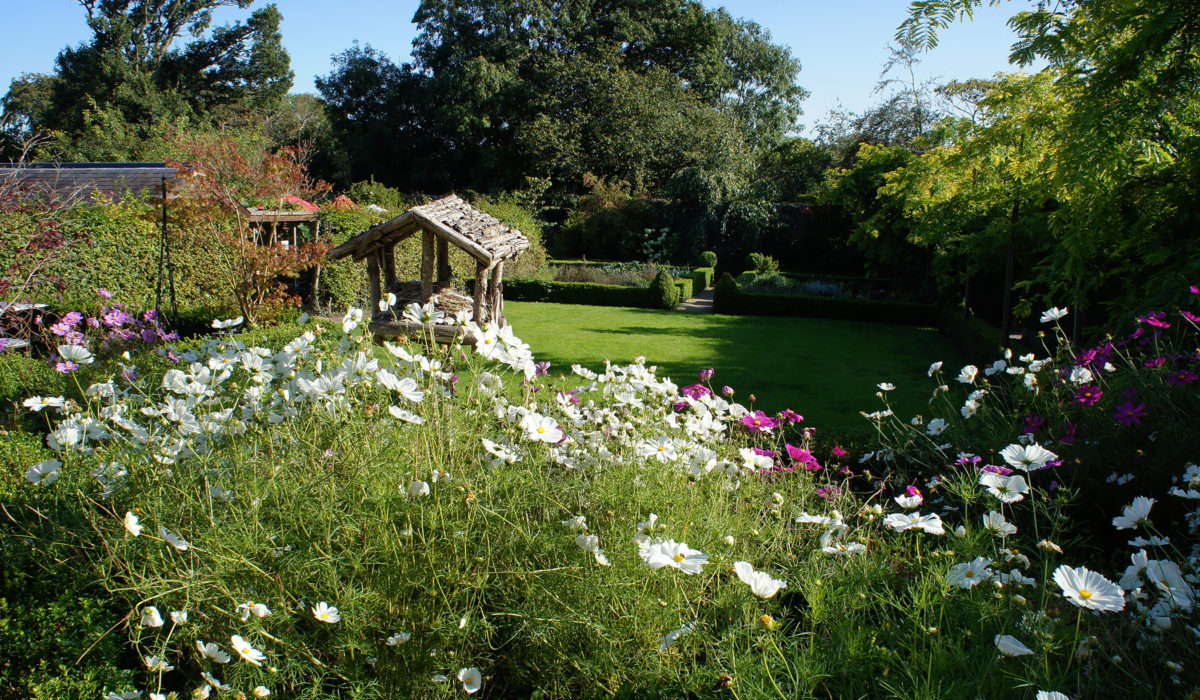 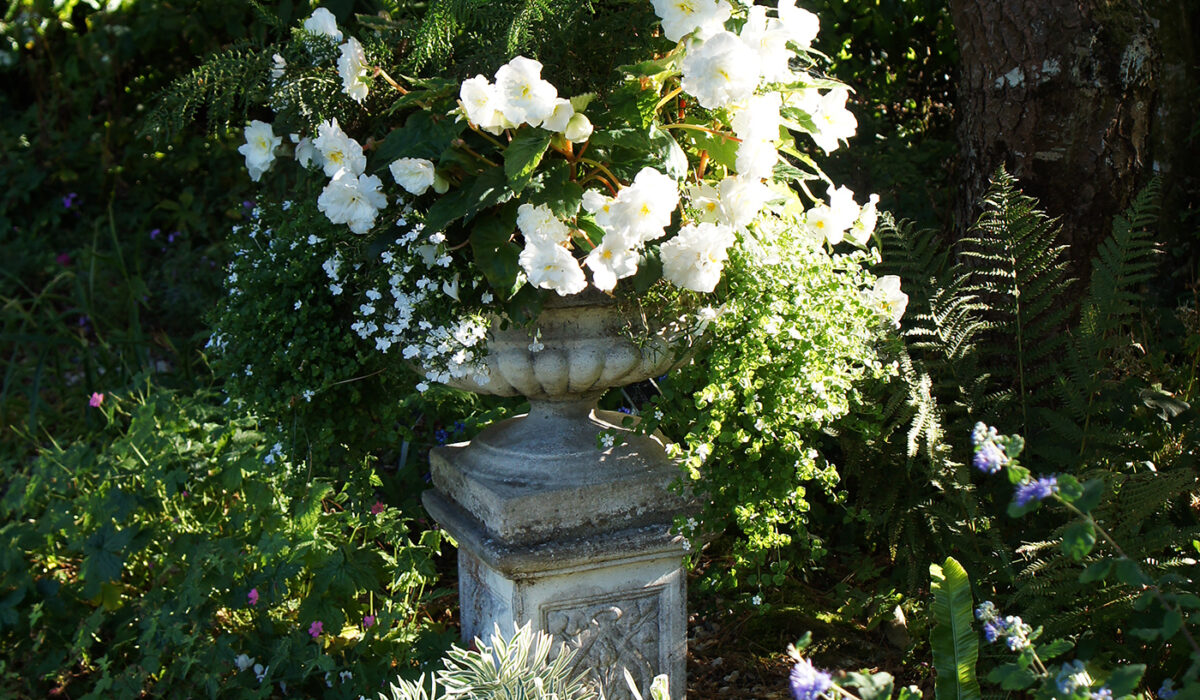 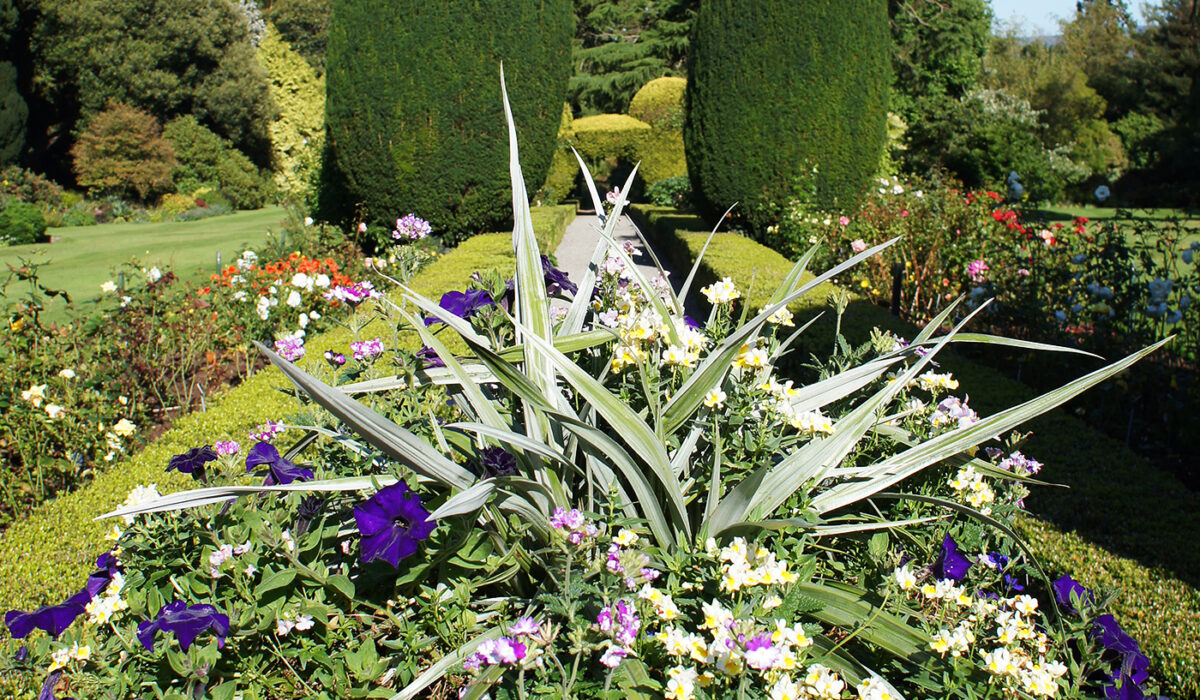 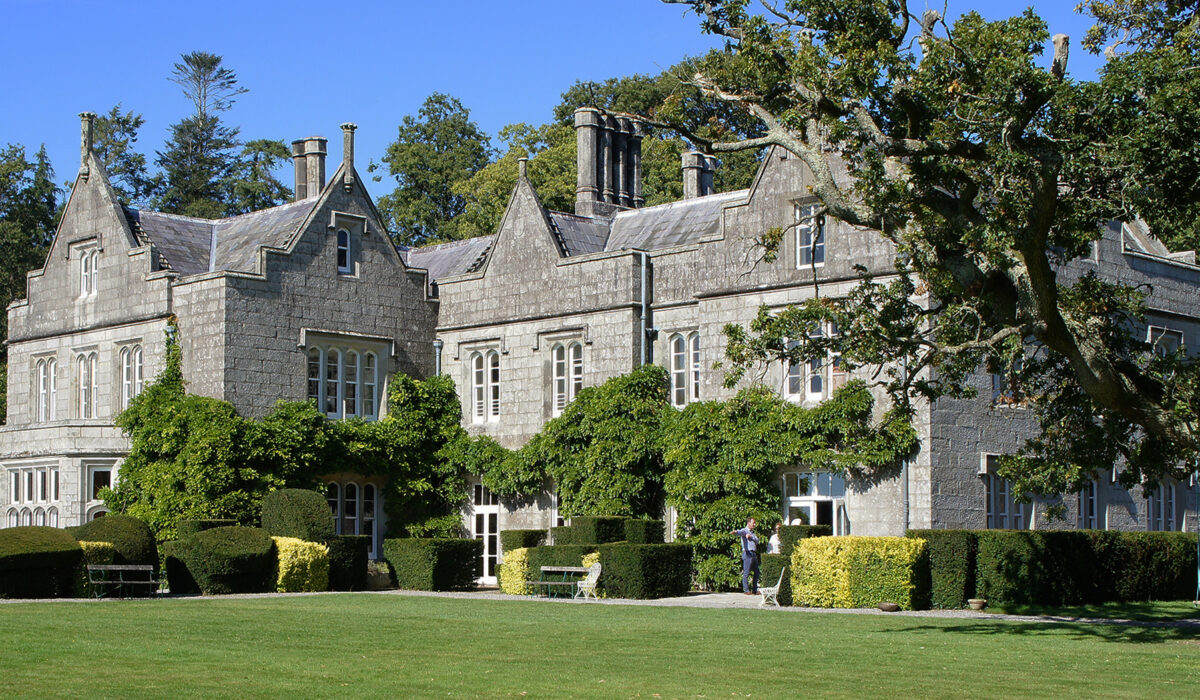 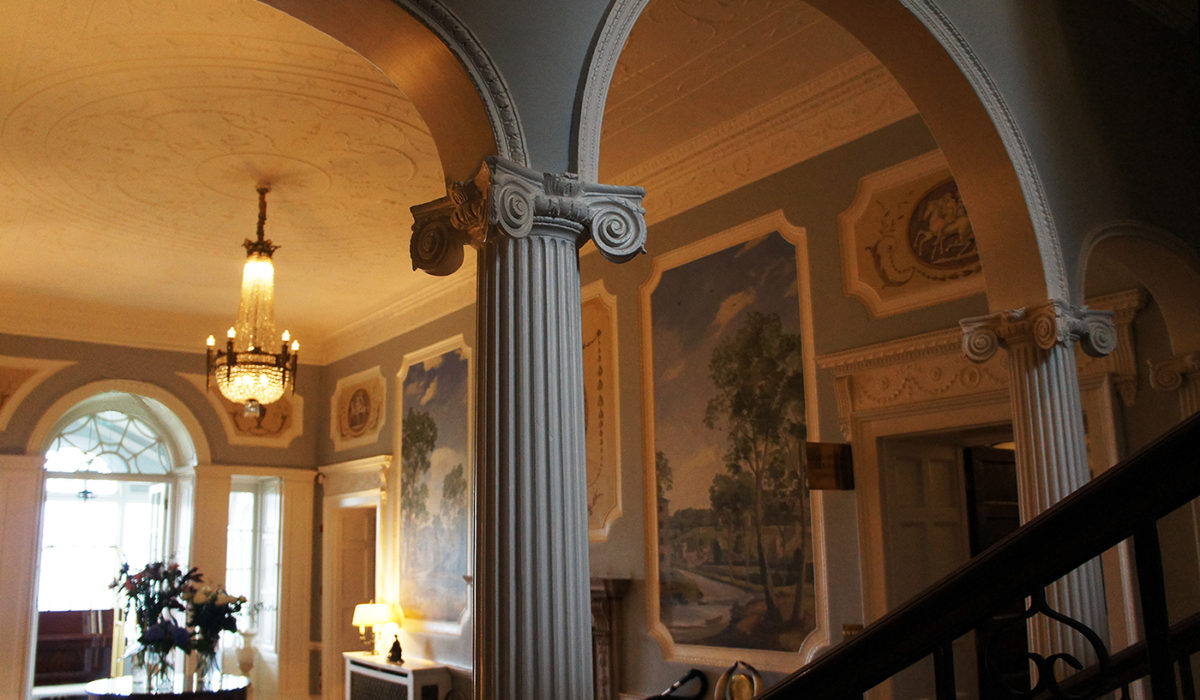 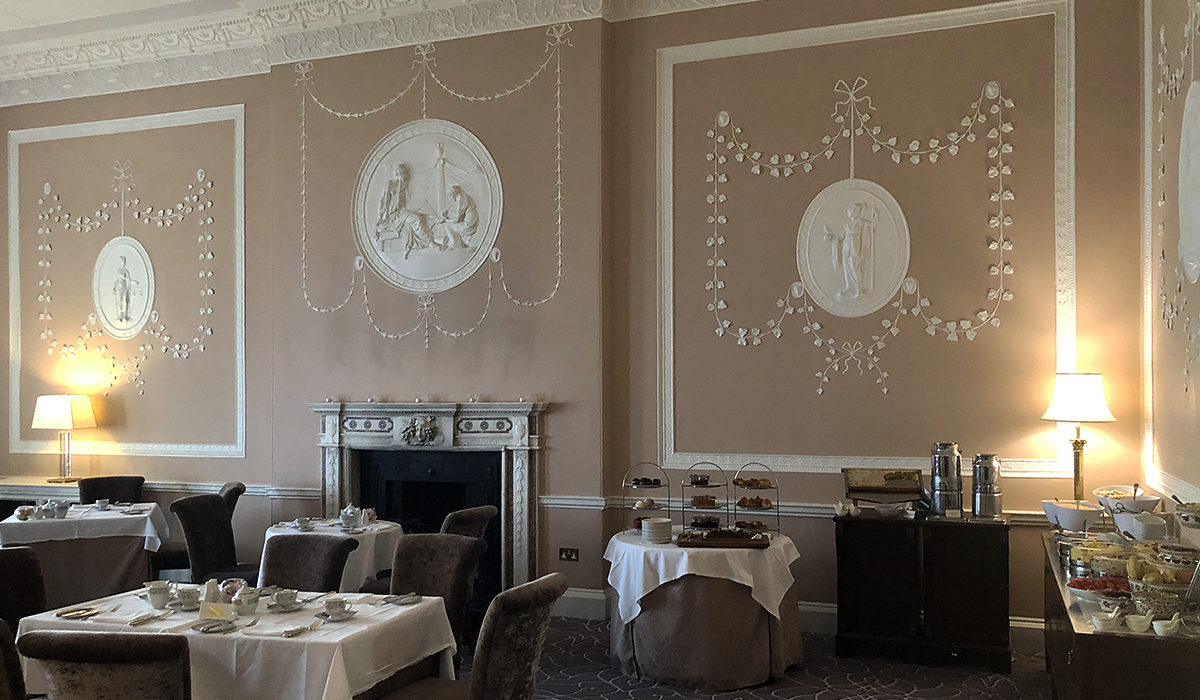 Our visit to Curraghmore, the ancestral home of the marquesses of Waterford, pretty much knocked everybody’s socks off. We were greeted at the front door of this impossibly grand house by Lord and Lady Waterford, who also hosted us for lunch in their astonishing James Wyatt-designed Neoclassical dining room. The Curraghmore estate was granted to Sir Roger de la Poer by King Henry II of England in 1177 and has remained in the hands of his descendants ever since. The current house, the seat of Henry de la Poer-Beresford, 9th Marquess of Waterford, incorporates a medieval tower, but it’s primarily an 18th century house that was renovated in the 19th century in the Victorian Italianate style.

Today a museum, Bishop’s Palace was built in 1741 as a luxurious townhouse for the bishops of Waterford, who were prelates in the Protestant Church of Ireland. The house was designed by the noted 18th century architect Richard Cassells and remained the bishop’s residence until the early 20th century. We were given a curatorial-led tour of the palace’s grand reception rooms, which are furnished with the finest 18th century Irish furniture, paintings, silverware, and glassware, including the oldest piece of Waterford glass in the world.

Sir David Davies hosted us for for a sparkling drinks and dinner evening at Abbey Leix House, his luscious 18th century classical style house designed by the famous English architect James Wyatt for Thomas Vesey, 1st Viscount de Vesci. The house, built on a site originally occupied by French Cistercian monks in the 12th century, remained in the hands of the Vesey family from 1773 until 1995. 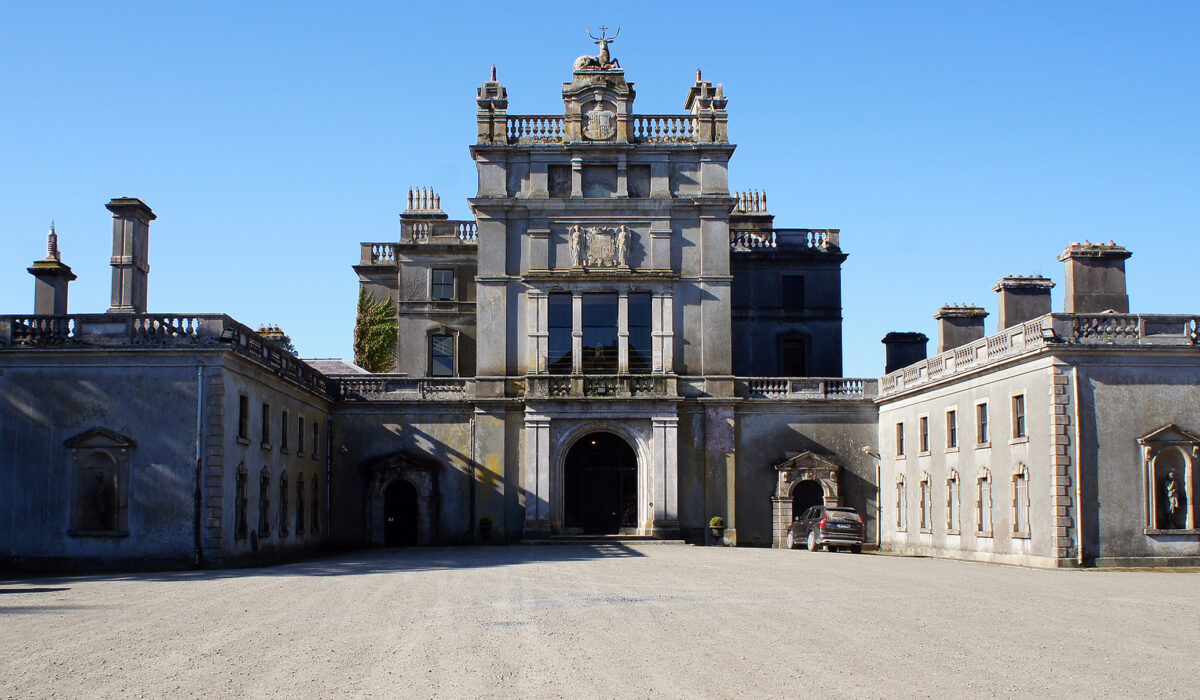 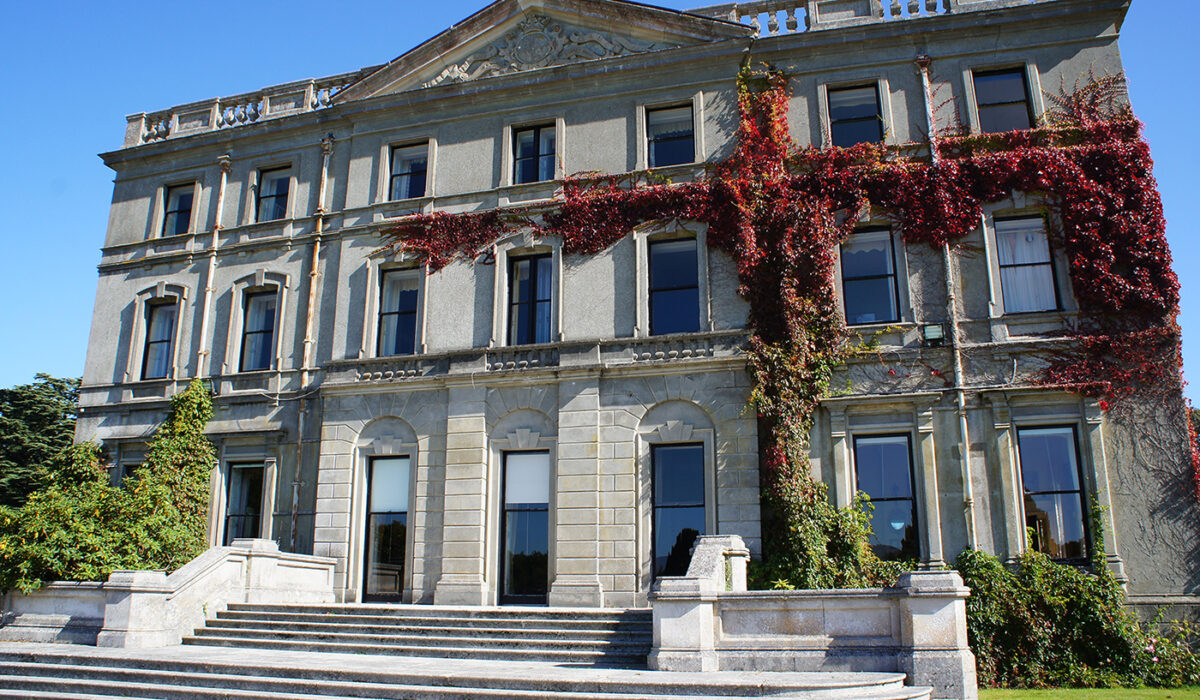 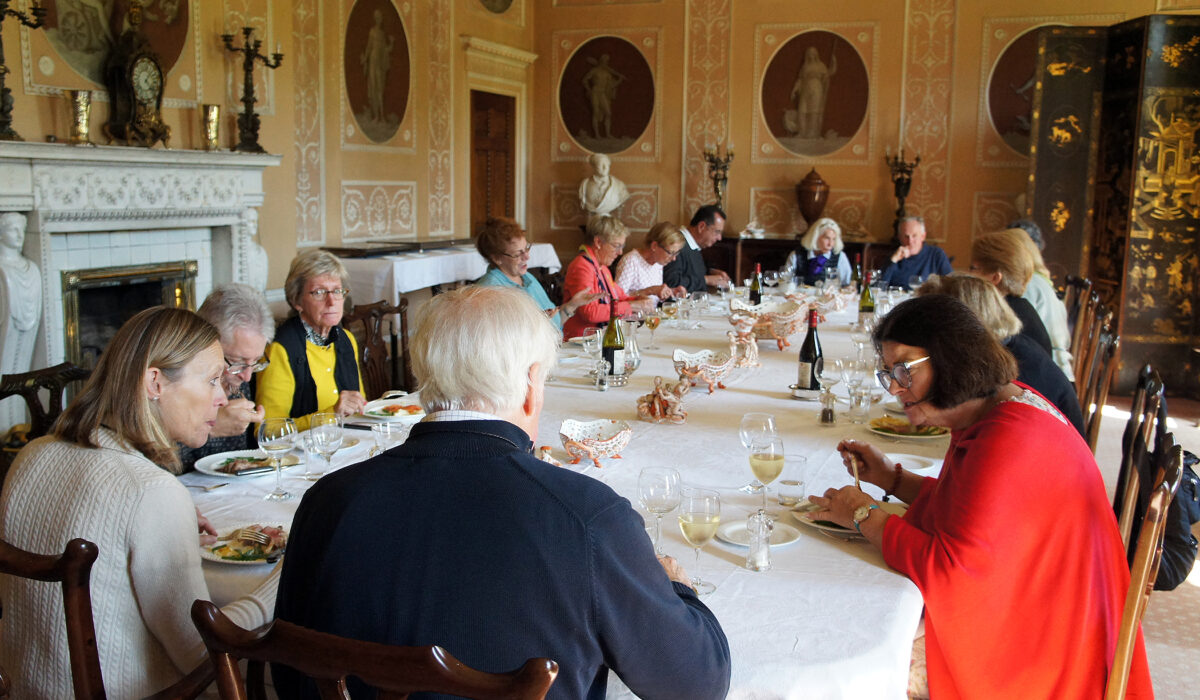 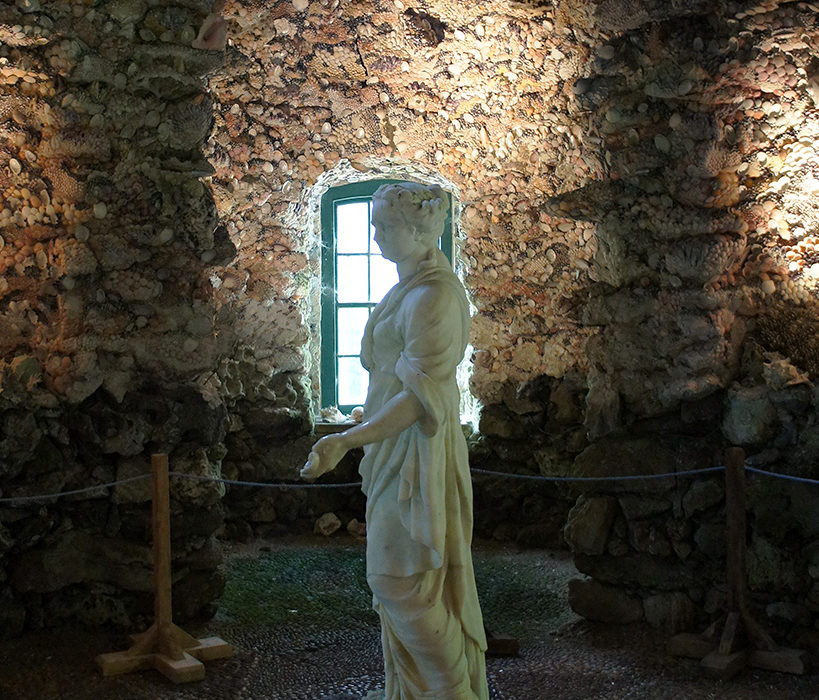 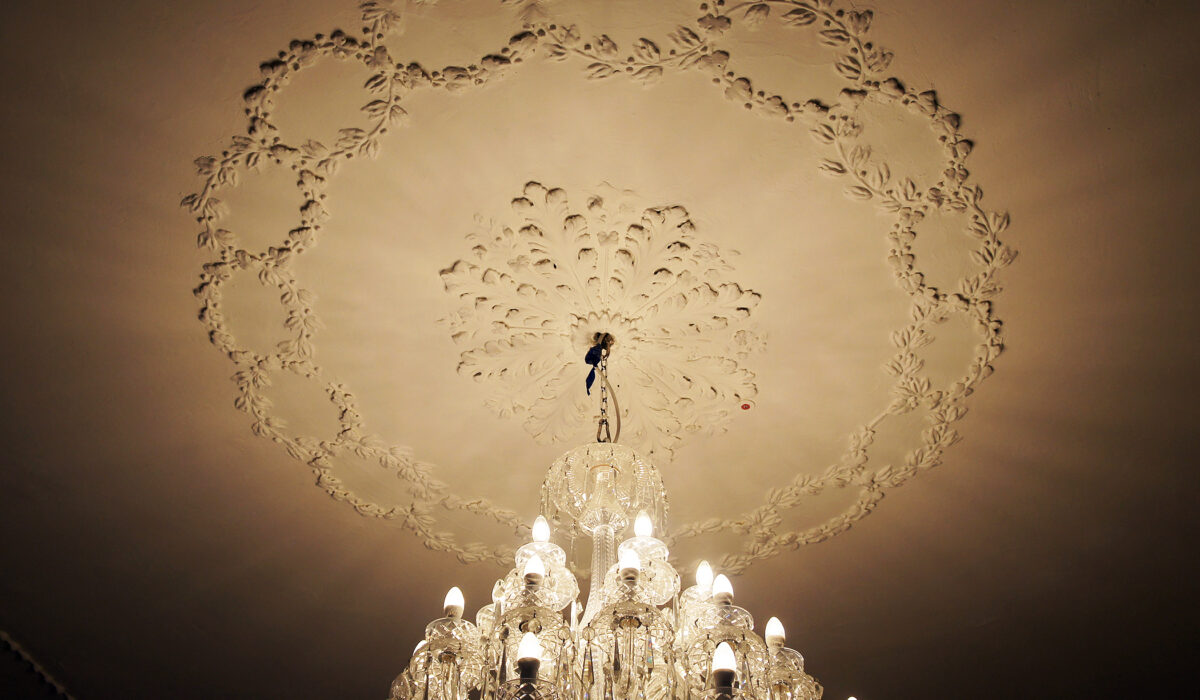 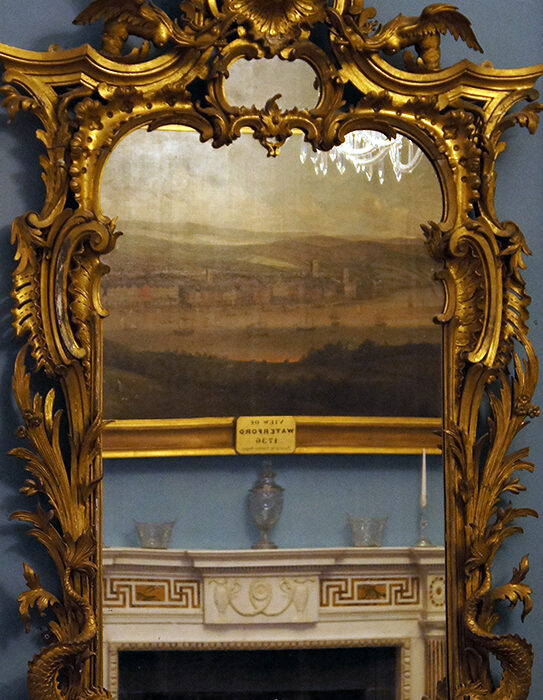 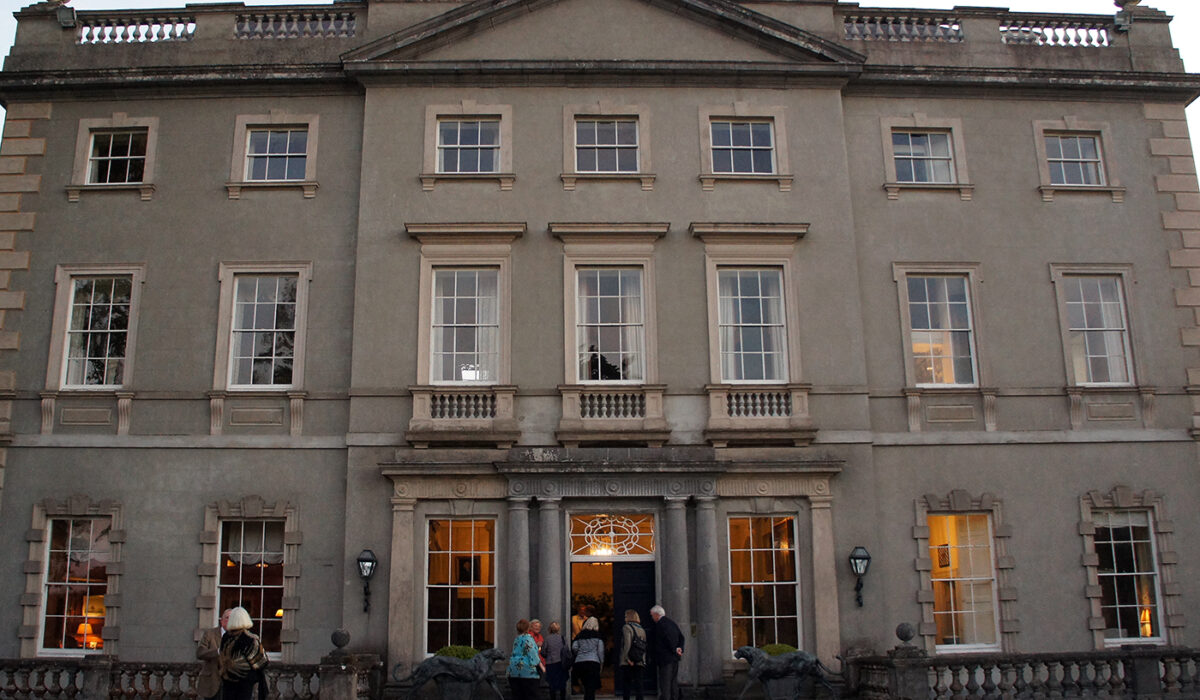 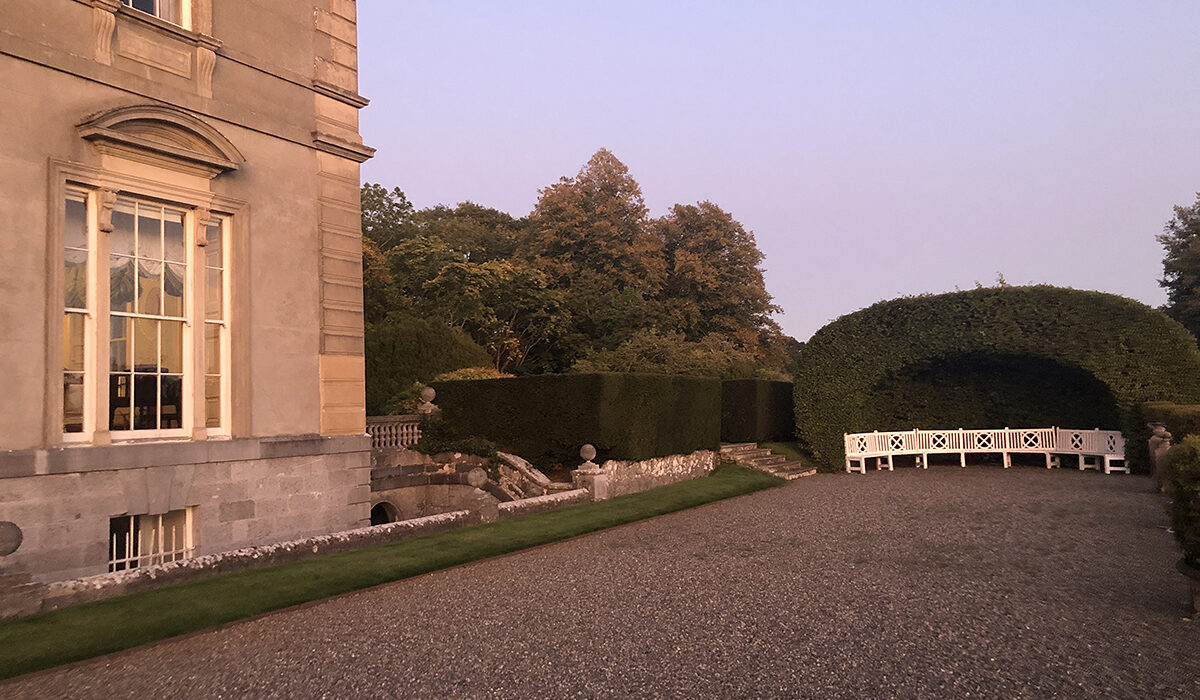 Castletown is Ireland’s largest and most architecturally influential 18th century house. The series of exceptionally grand state rooms, laid out in the 1720s, are complemented by two important rooms that were created in the 1760s and 1770s: the long gallery, an 80-foot-long room decorated in the Pompeian style, and the print room, the only such room that survives in Ireland. These late 18th century interiors were designed for Lady Louisa Conolly, a great granddaughter of King Charles II of England who was made famous by Stella Tillyard’s 1994 book, Aristocrats: Caroline, Emily, Louisa, and Sarah Lennox, 1740-1832, and the 1999 Aristocrats TV mini series. Castletown was begun in 1722 for William Conolly, speaker of the Irish House of Commons and one of the most powerful men in Ireland. The house remained in the family until 1965; in 1967 Desmond Guinness purchased Castletown for £93,000 to save it from dereliction and vandalism. In 1994 the house, together with 120 acres, was handed over to the Irish government, whose Office of Public Works owns and operates it today.

One of our most enchanting visits was to Martinstown House. This charming house began life in the 1730s as a farmhouse; it was converted into a Strawberry Hill Gothic style cottage orné in the early 19th century for the 3rd Duke of Leinster by the English architect Decimus Burton. Here owner Edward Booth hosted us for a lunch cooked by his talented chef son, followed by a tour of the house and garden.

I can't think of any country that offers better architecture, gardens, and food. This tour brought all those elements perfectly together! 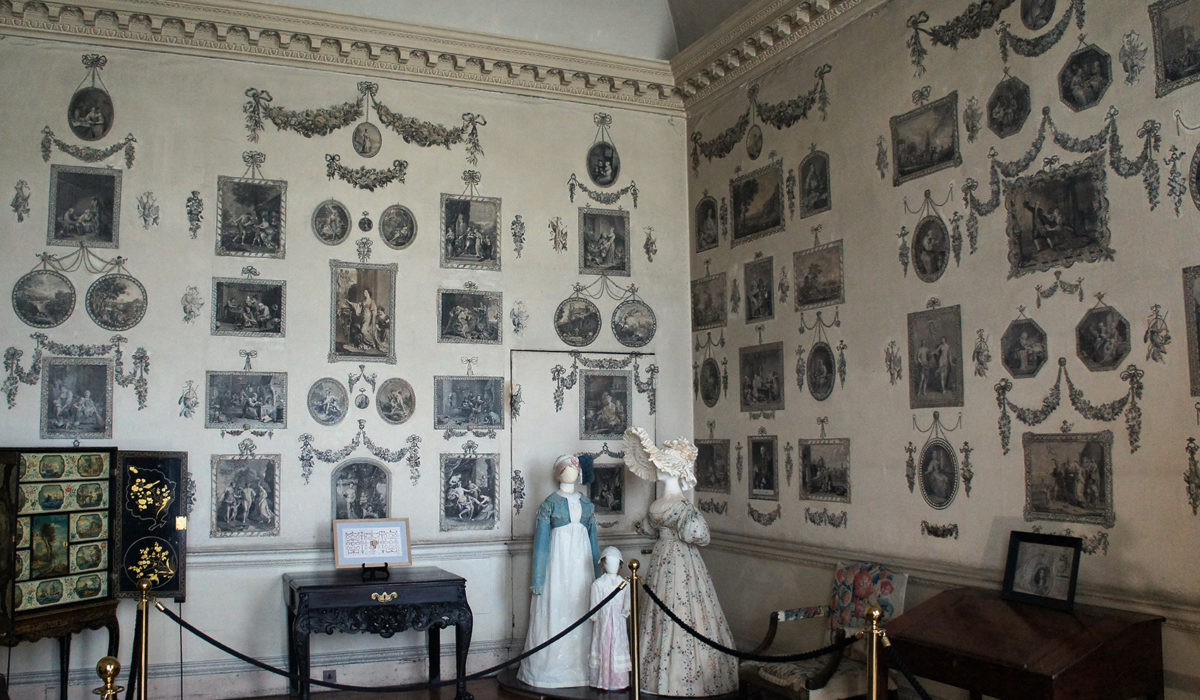 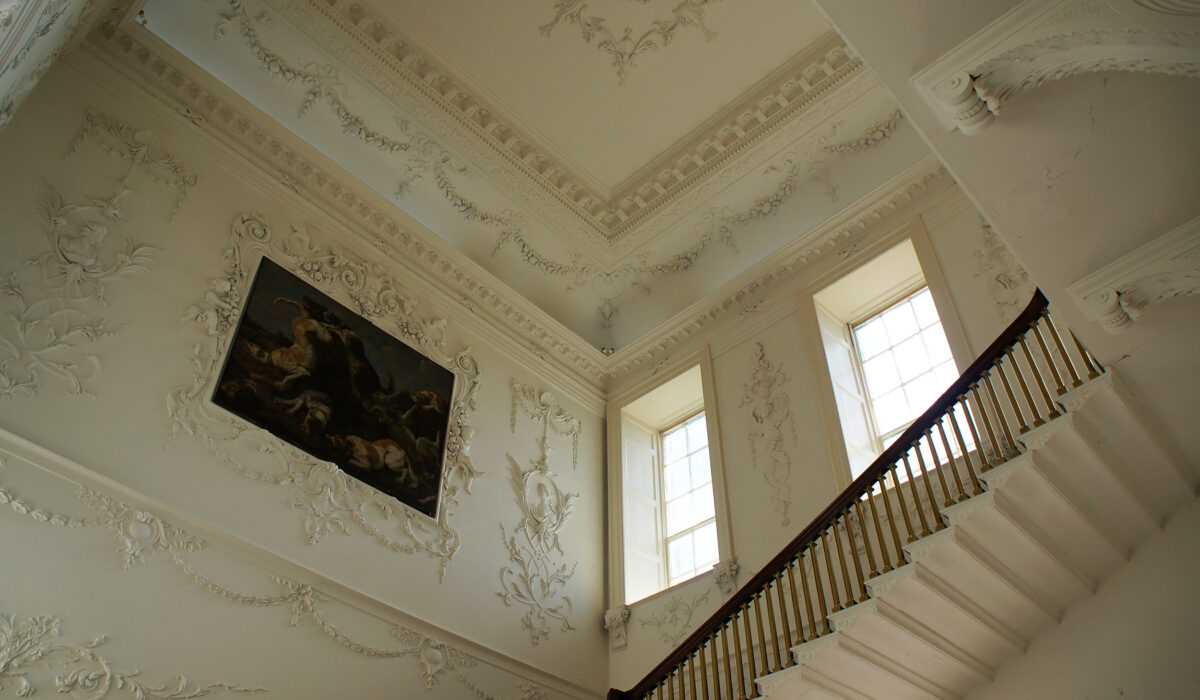 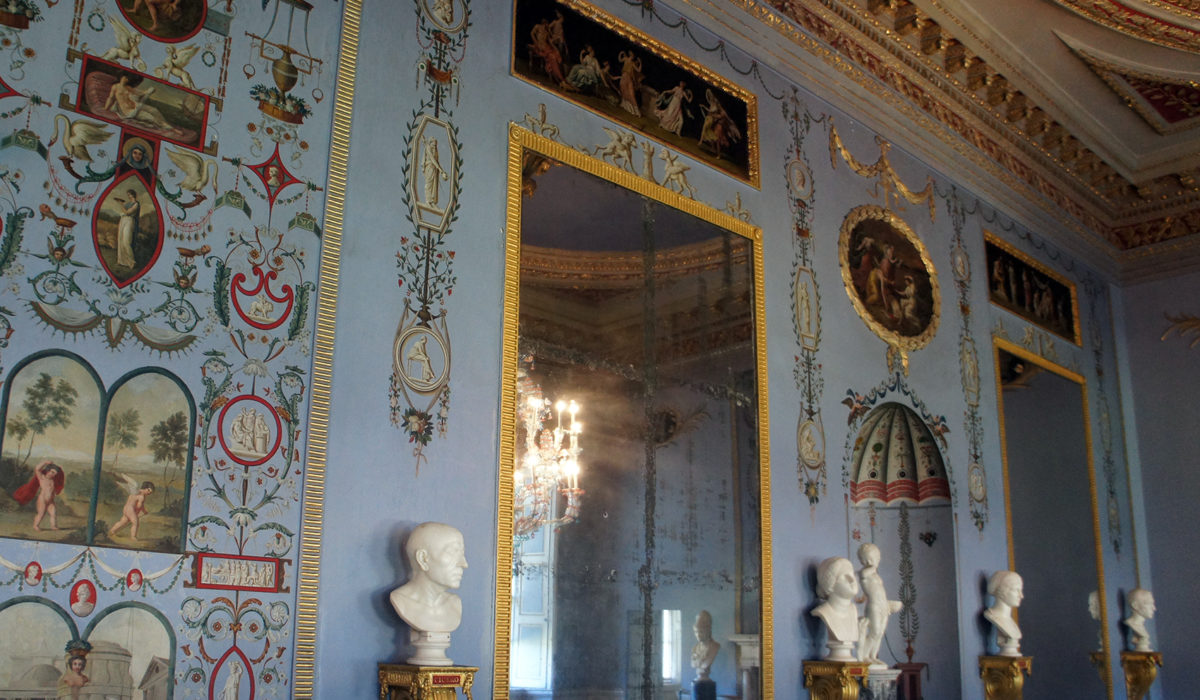 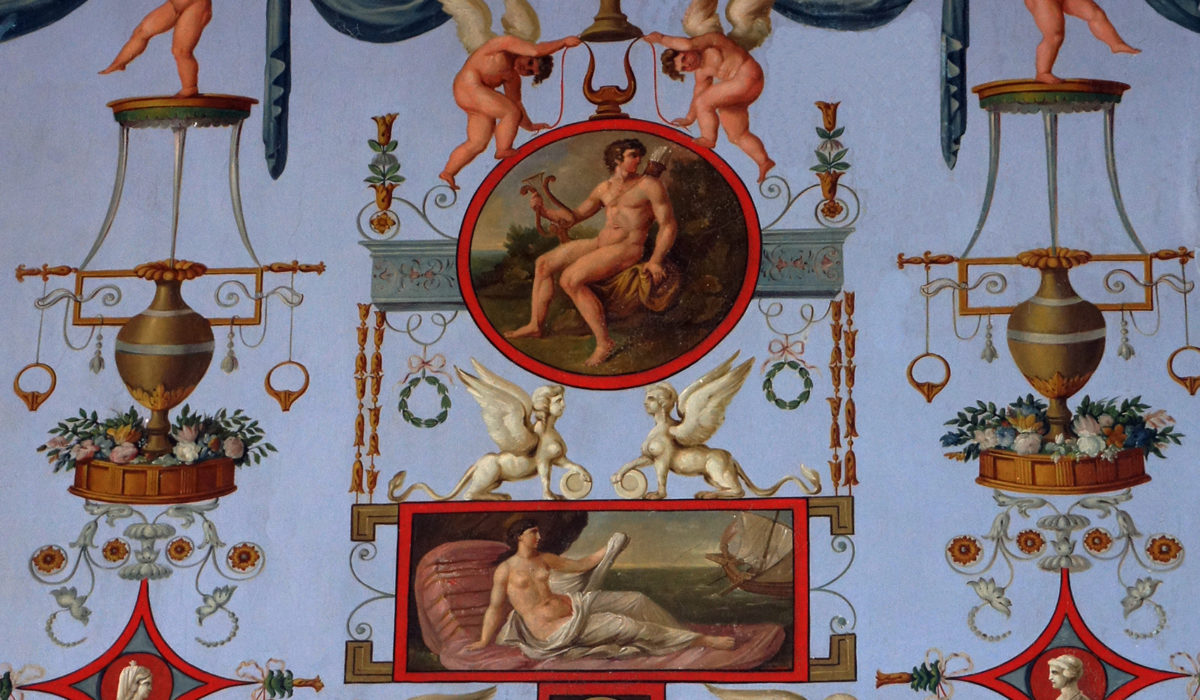 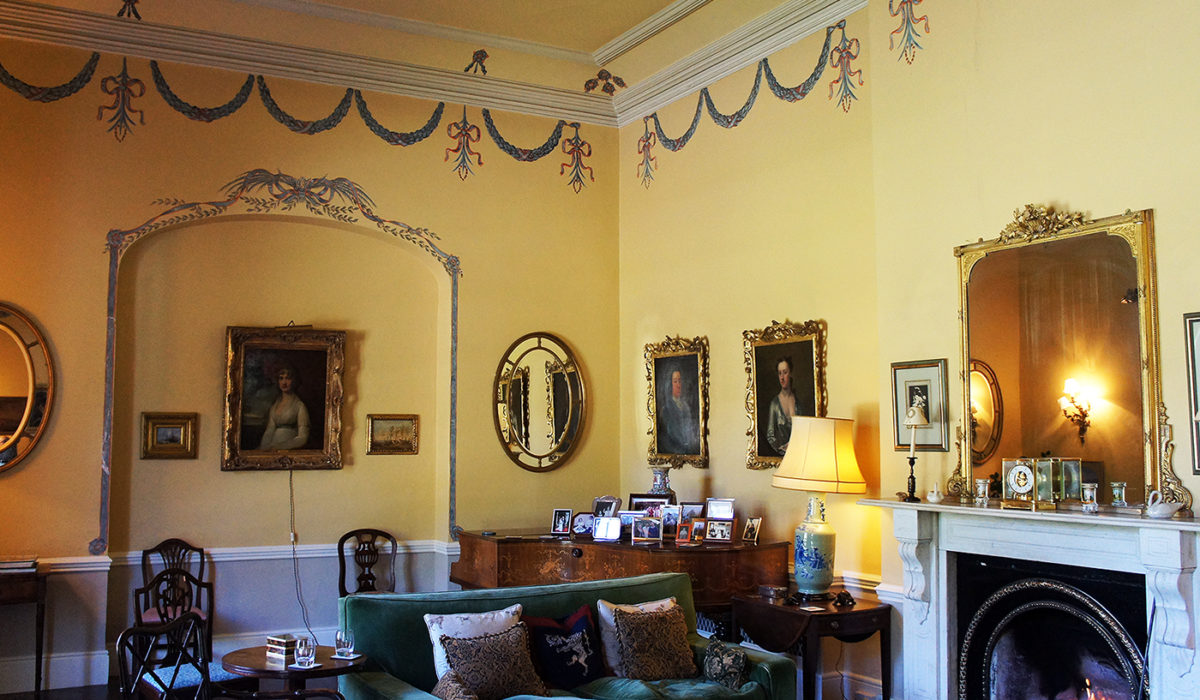 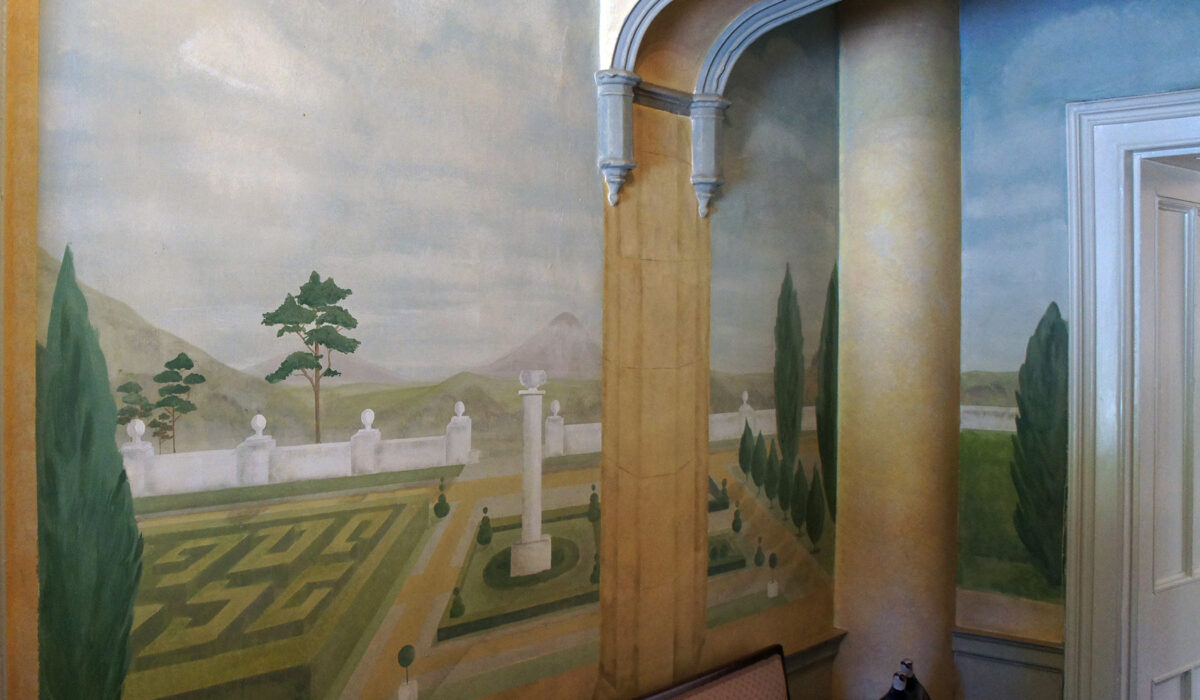