Perfection on Earth: A Tour of English Country Houses and Gardens

In May of 2011 the first-ever DiCamillo tour took place in the West Country, when we visited some of the most extraordinary houses and gardens in England. For our first three days, we were based at Homewood Park, near Bath, from which we ventured out to explore stunning houses each day.

Our first stop was the Prince of Wales’s extraordinary garden at Highgrove House, where we had a tour led by a wonderful, informative, and very firm guide who gave us a rich appreciation of the prince’s vision for sustainable gardens.

We had a lovely, before-hours guided tour of Dyrham Park, the late 17th century Baroque mansion noted for its collection of Dutch decorative arts, including delftware, paintings, and furniture. Set in an ancient deer park, Dyrham is possibly most famous today as Darlington Hall in the 1993 Merchant Ivory movie The Remains of the Day.

At Great Chalfield Manor, described as “one of the most perfect examples of the late medieval English manor house” by Nikolaus Pevsner, we had an exclusive tour of this 15th century manor house whose origins stretch back to 1086. Then there was lunch in the great hall, followed by a tour of the award-winning garden, all hosted by Robert Fuller-Floyd, whose family has lived here for the last 100 years.

Cirencester House is largely the creation of Allen Bathurst, 1st Earl Bathurst, one of James Lees-Milne’s “Earls of Creation.” In the 18th century Bathurst was a patron of literature and art who befriended many of the noted authors of his day, including Alexander Pope and Jonathan Swift, both of whom stayed frequently at Cirencester. However, Bathurst’s most important creation was one of the greatest parks of the 18th century: the finest forest landscape in England. His direct descendant, Allen Christopher Bertram Bathurst, Lord Apsley, gave us a tour of his family’s impressive house and the world-famous park, home today to the oldest polo club in Britain.

Then there was our visit to Badminton House, the never-open-to-the-public home of the dukes of Beaufort. Badminton is not just a treasure house, filled with priceless art and luscious interiors, it’s also where the game of Badminton was invented in 1863. And it’s here that the famous Badminton Horse Trials, one of the highlights of the British horse season, take place each year. We were led on a tour of Badminton House, Swangrove, and Worcester Lodge by the dean of British architectural historians, John Harris, who also hosted us for lunch on the terrace of his house on the Badminton Estate. To top it off, we had a surprise visit from the 11th Duke of Beaufort during tea at Swangrove! 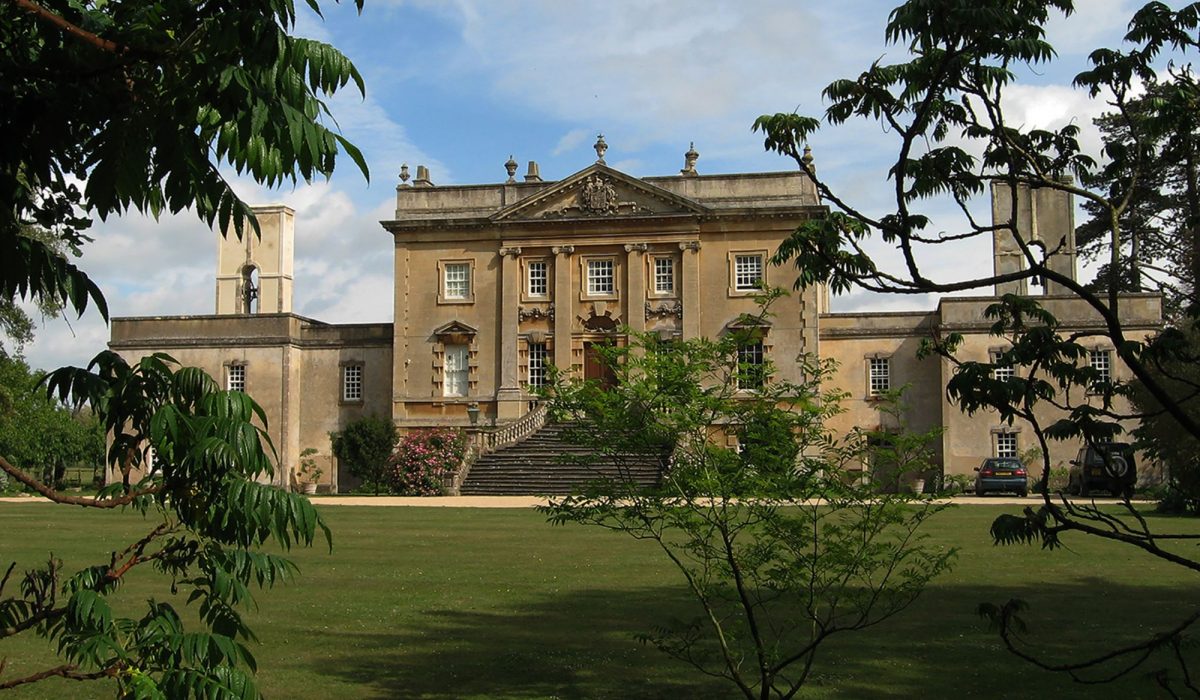 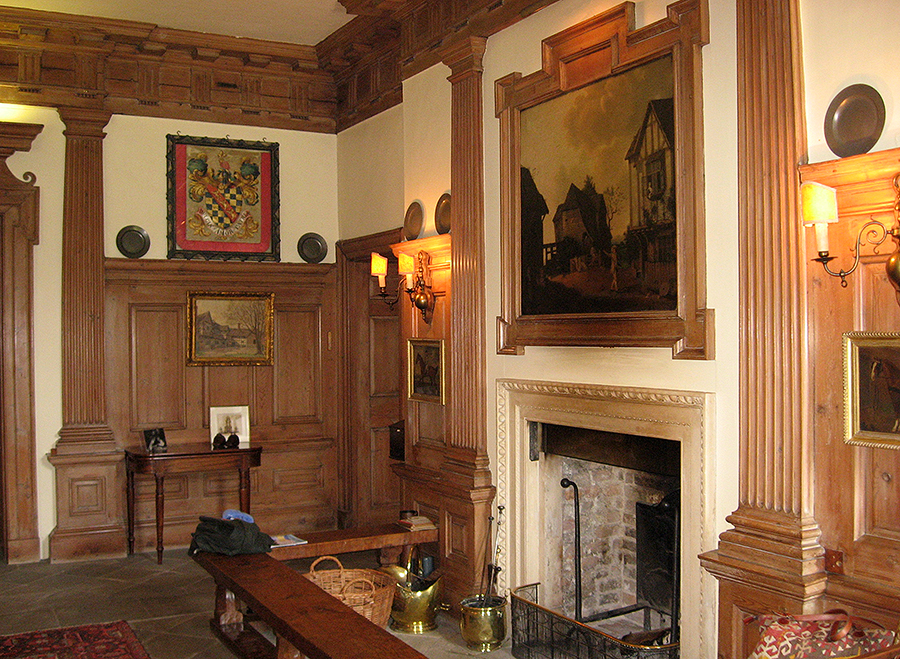 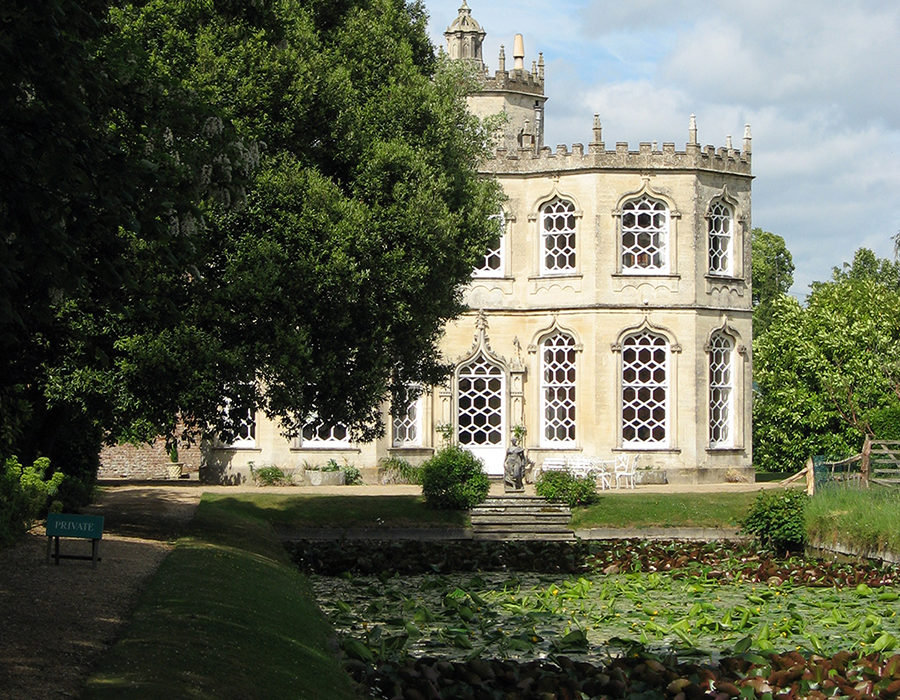 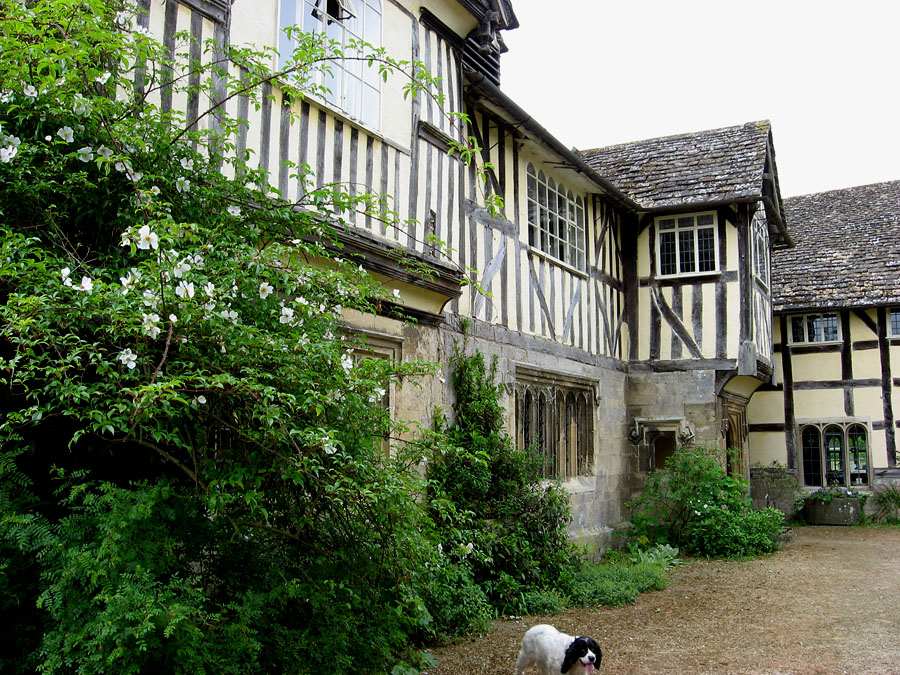 Then there was an evening tour, complete with a champagne reception, at No. 1 Royal Crescent. This townhouse, built by local architect John Wood the Younger, is one of Britain’s most important buildings. The townhouse, which represents the highest point of Palladian architecture in Bath, is filled with luscious furniture and decorative arts.

At Iford Manor, we toured one of the great gardens of the 20th century with the delightful owner, John Hignett. Iford, which sits on the steep slopes of the Frome Valley, has seen human occupation since Roman times. But it was Harold Peto who made Iford  a garden of international importance in the early 20th century. Here flowers occupy a subsidiary position among the statues, architectural elements, pools, colonnades, terraces, and broad walks that fill the garden.

Claverton Manor, a beautiful Regency country house just outside Bath, is the home of the American Museum & Gardens. Here we were welcomed by the director, Richard Wendorf, who hosted us for a tour of the museum’s period rooms and the famous Mount Vernon Garden, followed by dinner in the historic house.

The delightful Janie and Rollo Clifford gave us a tour of their ancestral home Frampton Court (the Clifford family have been here since 1066, when the land was granted to them by William the Conqueror), a wonderful early 18th century house with elements copied from Palladio’s Palazzo Thiene in Vicenza. Here, among interiors of the highest quality, we had a delightful lunch.

Sezincote is the most wonderful and amazing house I've ever seen! And to have a tour and drinks with the owner was beyond perfection.

For the last three days of the tour we were based at Hartwell House, a five-star Jacobean and Georgian country house hotel set in 90 acres of luscious Buckinghamshire parkland. Bursting with astonishing interiors, Hartwell is most famous today as the home of the exiled King of France, Louis XVIII, who lived here with his court from 1809 to 1814.

Waddesdon Manor, the great and extravagant French style house built by Ferdinand de Rothschild in the late 19th century, contains one of the finest collections of French decorative arts in the world; its Sèvres collection ranks in importance with the Metropolitan Museum and the Louvre. Here we were given a before-hours curator-led tour of the house and garden, followed by lunch and a wine tasting in the world-famous Rothschild wine cellar.

At Sezincote House, the only surviving Mogul-style building in Western Europe, we were hosted by Edward Peake for a tour of his exotic home, frequently called “Calcutta in the Cotswolds.” Jan Morris, writing in Heaven’s Command: An Imperial Progress: “Sezincote stands in one of the most intensely English parts of England, on the northern slopes of the Cotswold Hills, but it is the most exotically un-English building imaginable.” 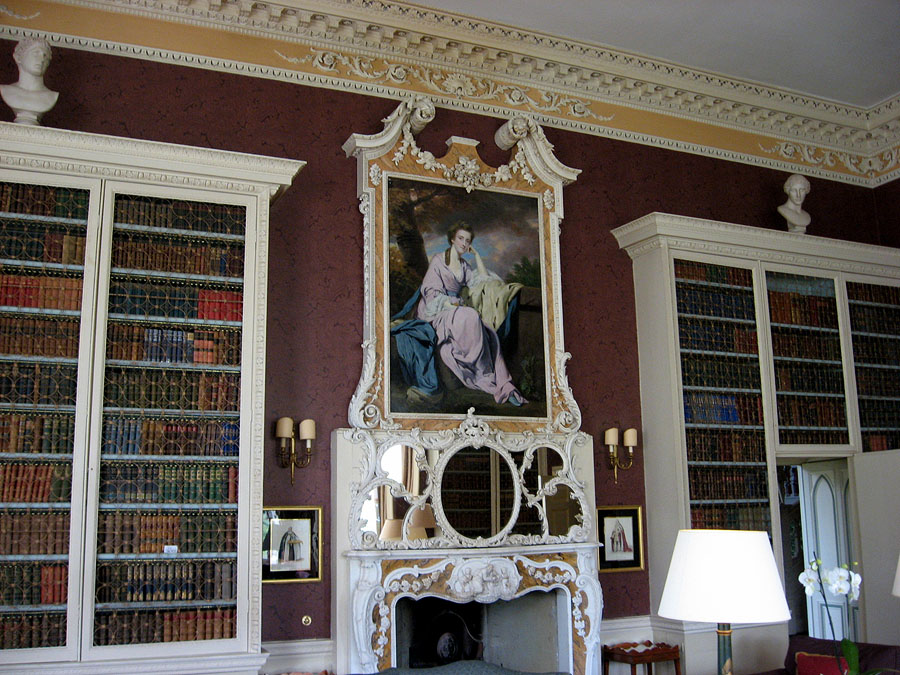 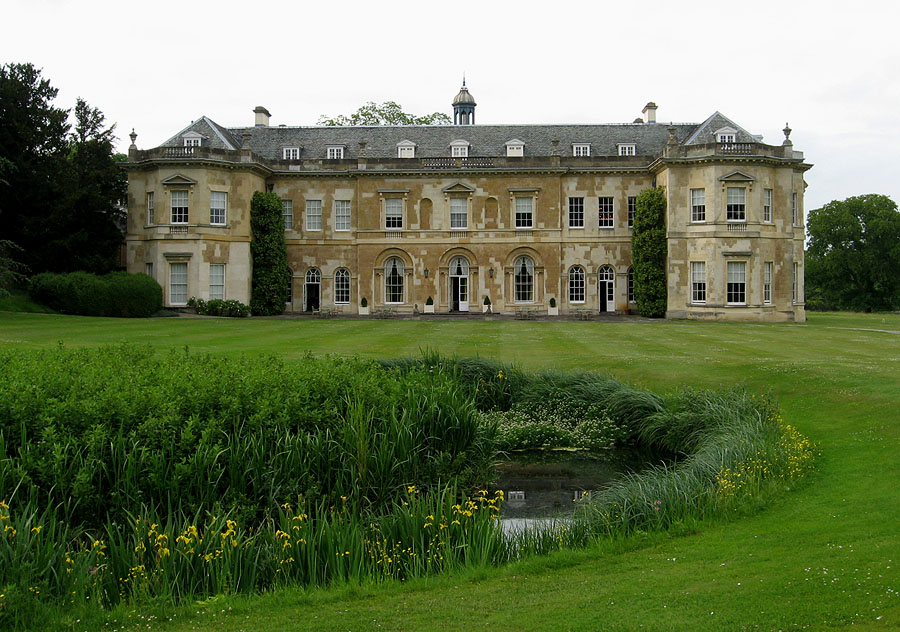 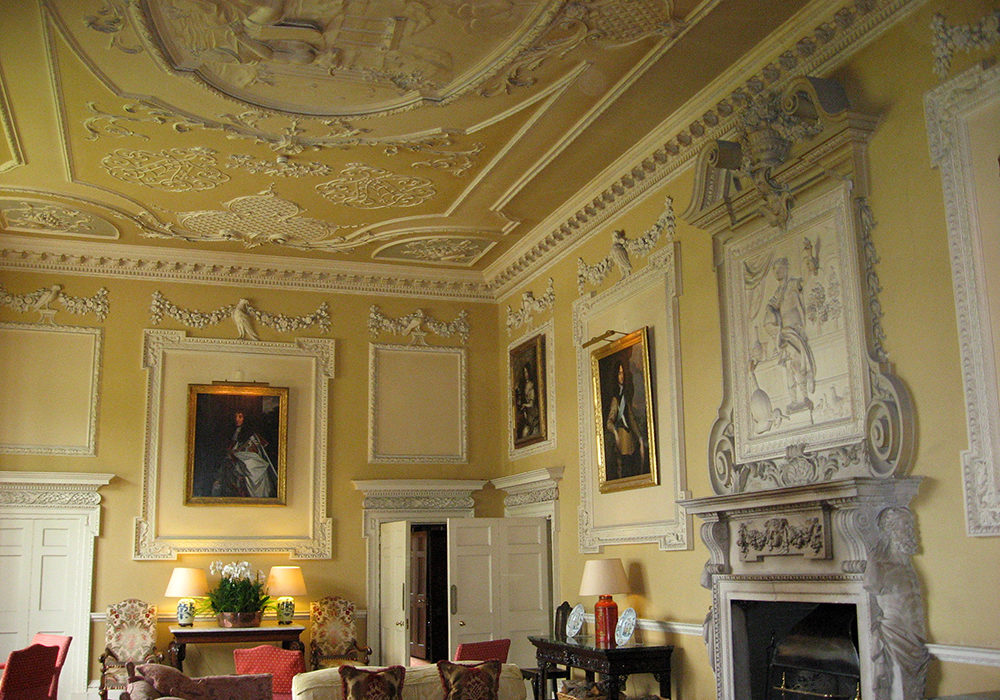 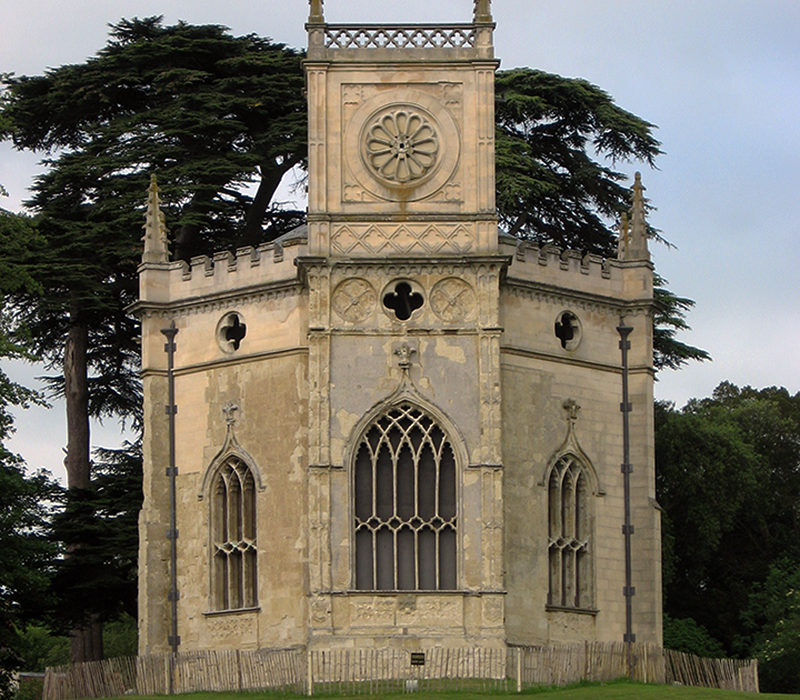 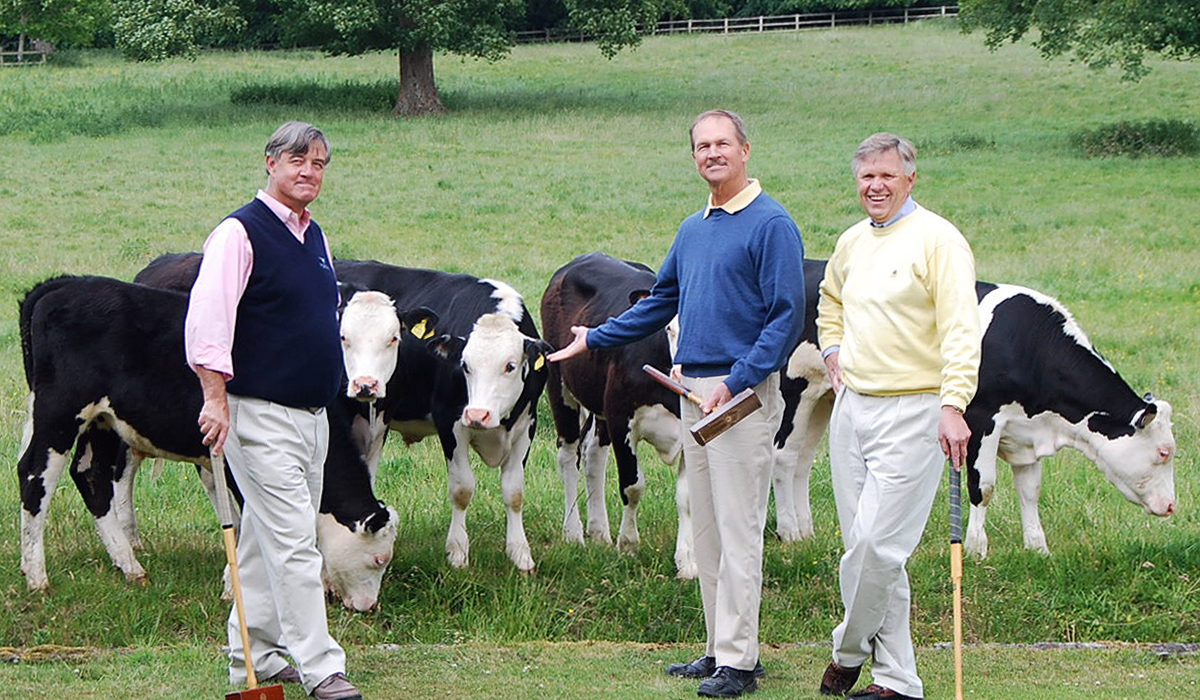 Playing Croquet with the Hartwell Cows | Photo by Curt DiCamillo 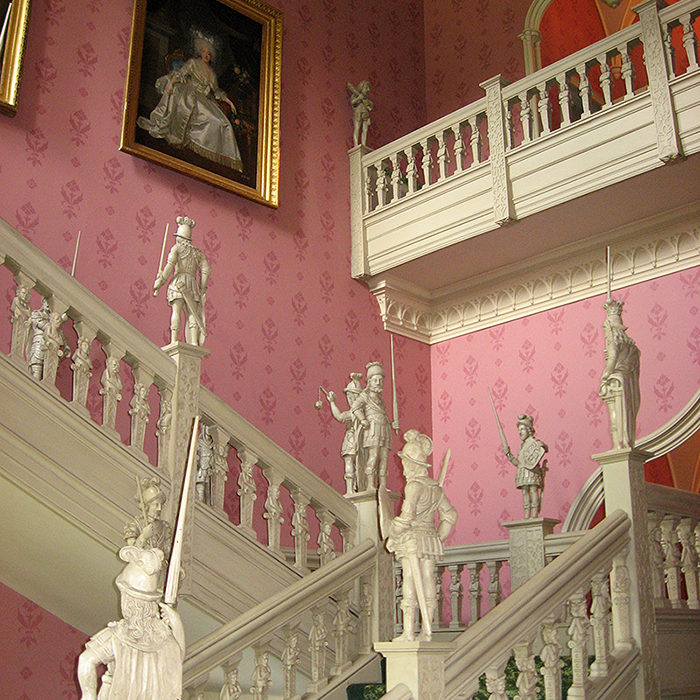 Yew Tree Farm is the delightful country home of Susan, Lady Hereford, who hosted us for lunch and a relaxing tour of her sublime garden. Lady Hereford’s son is the 19th Viscount Hereford and the premier viscount of England. The family’s most notable association is with Elizabeth I’s favorite, Robert Devereux, 2nd Earl of Essex, who was also the 3rd Viscount Hereford.

Our visit to Hidcote Manor, one of England’s great gardens, was a delight. Designed and created by the American horticulturist Major Lawrence Johnston in the Arts & Crafts style in the early 20th century, the garden is comprised of garden rooms, each possessing its own special character. Here we were given a private tour by one of Hidcote’s gardeners.

The divine West Wycombe Park is among the most theatrical and Italianate houses in England, its facades formed as a series of classical temples. West Wycombe is also home to a perfectly preserved landscape garden created in the mid-18th century by Sir Francis Dashwood (founder of the Society of Dilettanti and the Hellfire Club) that is noted for its follies, cascades, and temples. At West Wycombe Sir Edward Dashwood hosted us for a tour of his family’s jaw-dropping ancestral home. 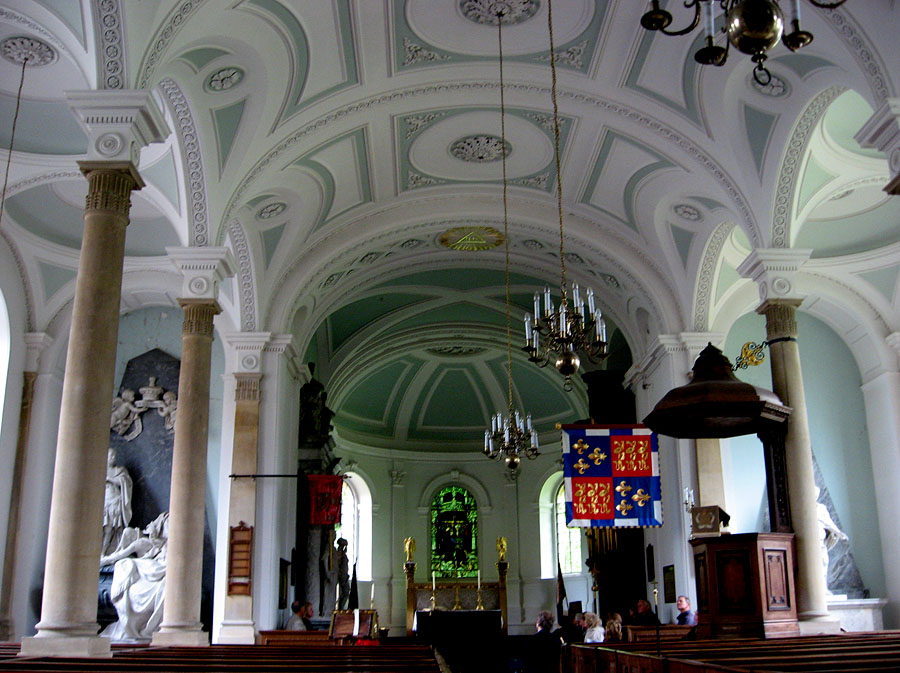 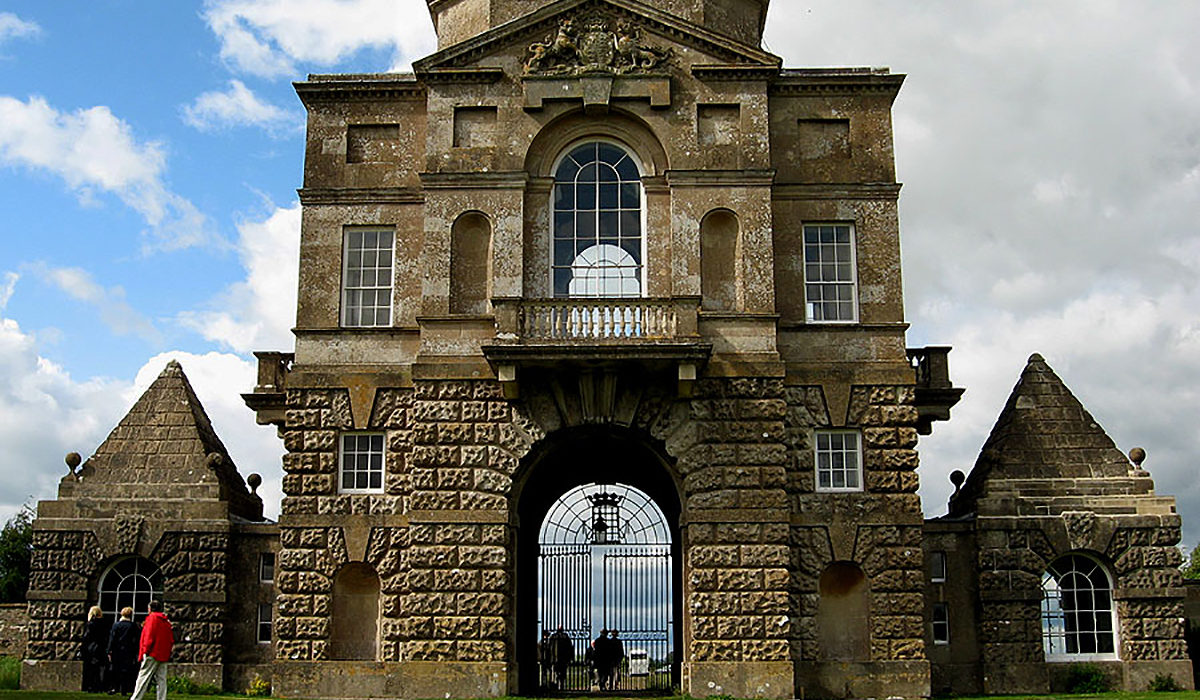 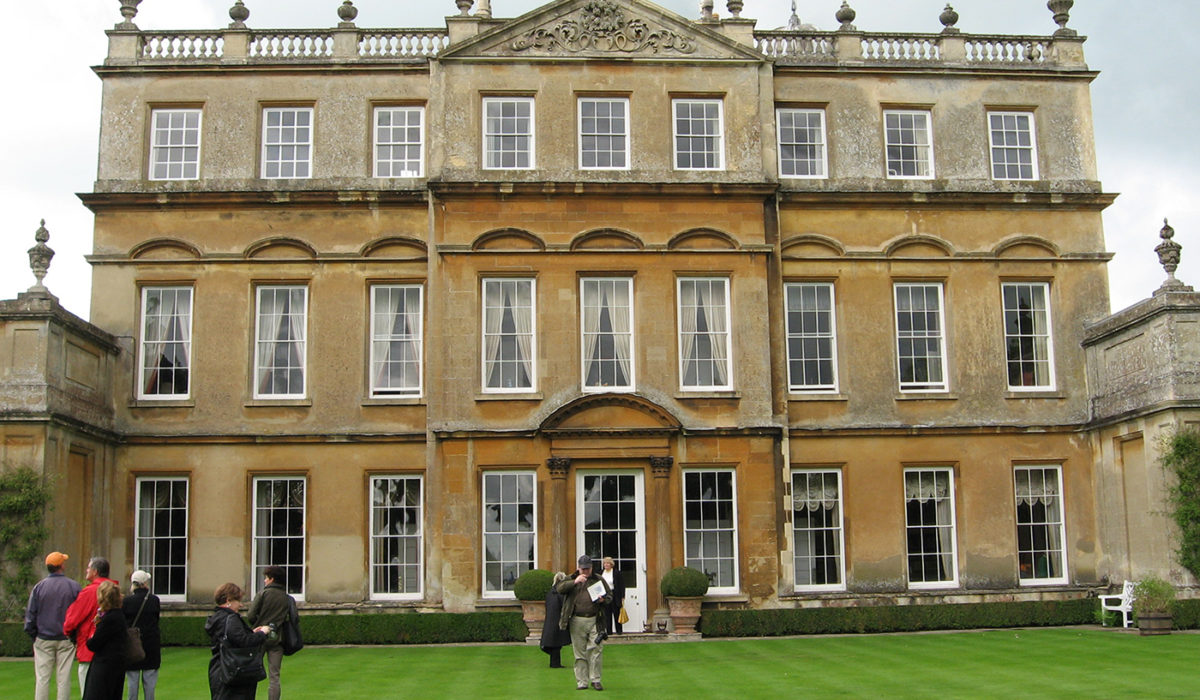 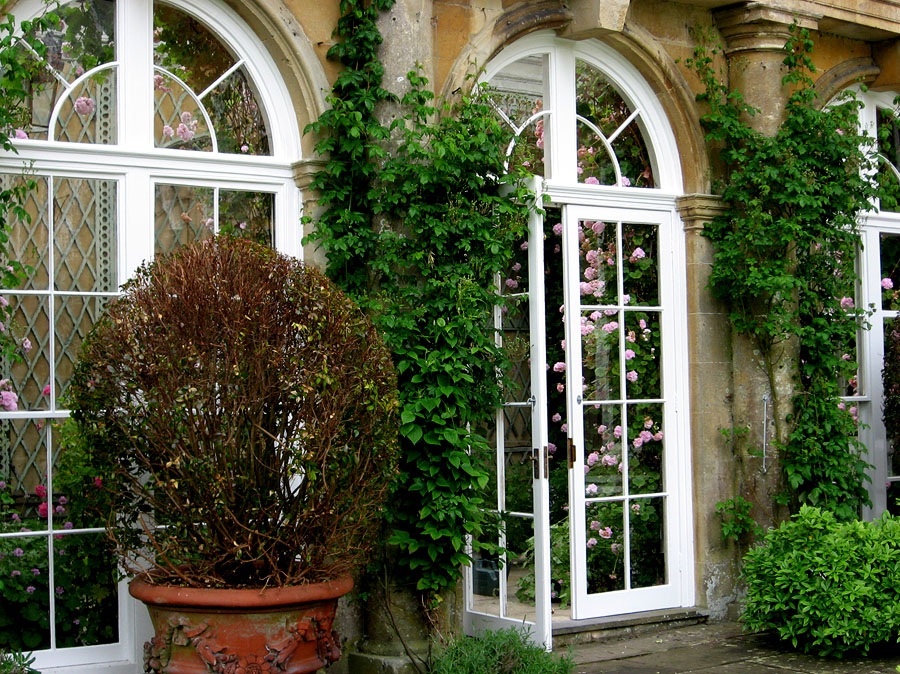 To stand in the glorious hall where the game of Badminton was invented was the dream of a lifetime.