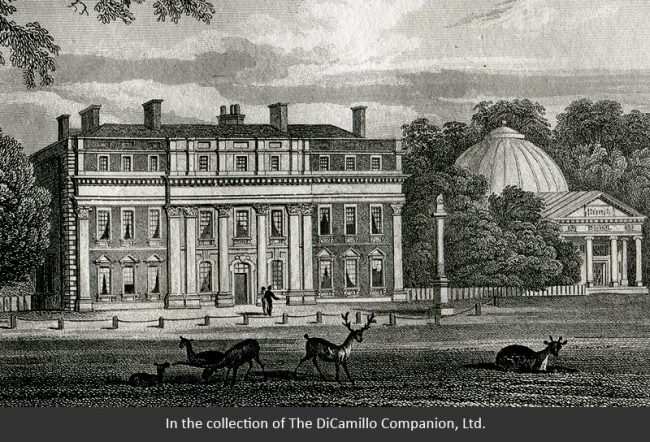 Engraving from "Neale's Views of the Seats of the Noblemen and Gentlemen in England, Wales, Scotland and Ireland," 1824. 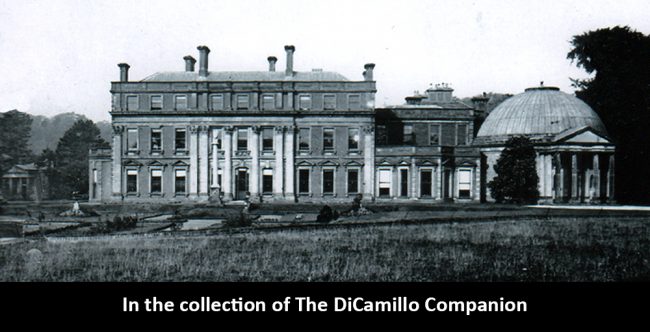 The Entrance Facade from a circa 1911 postcard 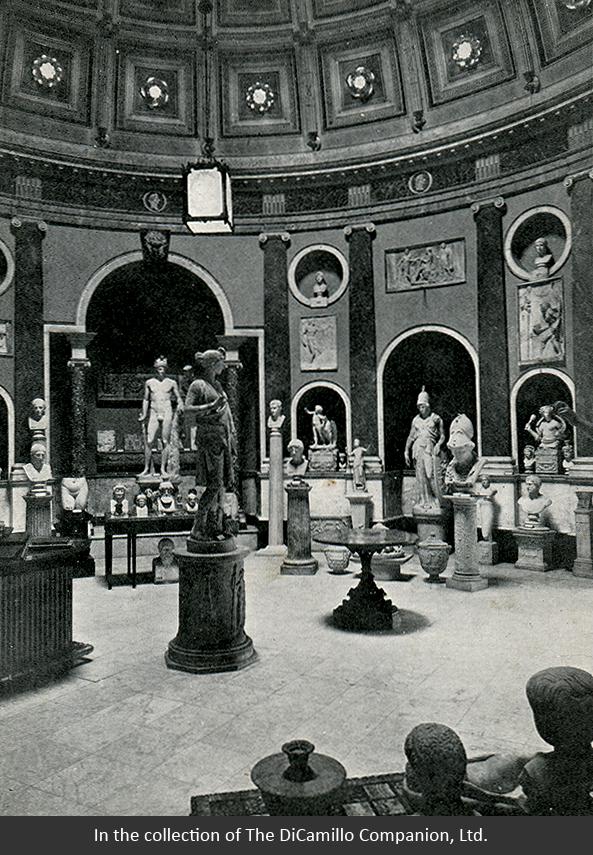 The interior of the Pantheon from an early 20th century postcard 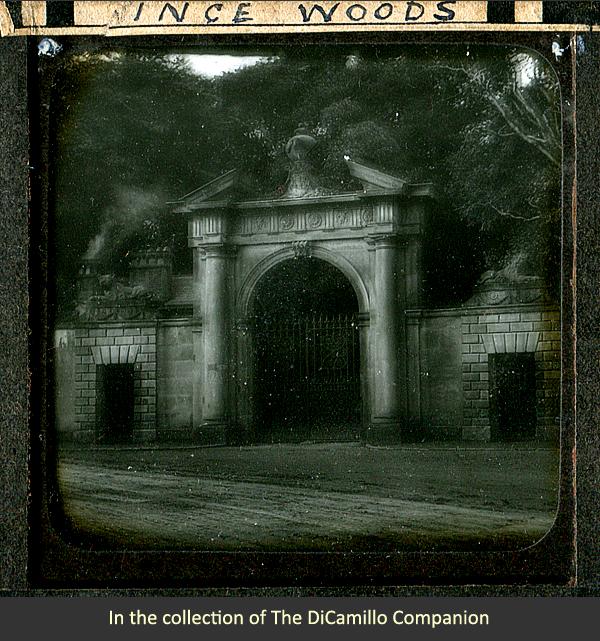 The Lion Gate from a circa 1910 magic lantern glass slide