The divine Karl Friedrich Schinkel (1781-1841), one of the chief European proponents of Neoclassicism, was the inspiration for this May 2016 tour. This amazing man was not only one of the most prominent architects of 19th century Germany, but also a noted city planner, a designer of furniture and decorative arts, an interior decorator, a painter, and a designer of stage sets. Our home during the tour was the five-star Regent Berlin, from whence we ventured to experience one of Europe’s most dynamic cities.

Our tour began with dinner on top of the Reichstag, complete with a gorgeous sunset over the city. We started the next day with a walking tour of Schinkel-designed buildings led by Anna Schultz and Jörg Trempler, noted Schinkel scholars. Our walking tour ended at the Alte Nationalgalerie, which contains the state collection of 19th century paintings. At this museum, which houses the bulk of Schinkel’s paintings, we had a behind-the-scenes tour with Kristina Mösl, head of conservation. After lunch we were joined by Jan Mende, curator of Biedermeier Collections for the Berlin City Museum Foundation, who led us for a tour of Schloss Charlottenburg, a treasure house bursting with lavish Baroque, Rococo, and Neoclassical interiors. This regal estate, the largest palace in Berlin, was built by the Elector Friederich III in 1699 as a summer palace for his wife, Sophie Charlotte. We finished the day at the Theaterbau (Theatre Building), a 19th century addition to Charlottenburg Palace. Here is housed the tremendous KPM Archives (the archives of the royal porcelain factory), where curator Eva Wollschläger gave us a private tour of the archive’s rich holdings. 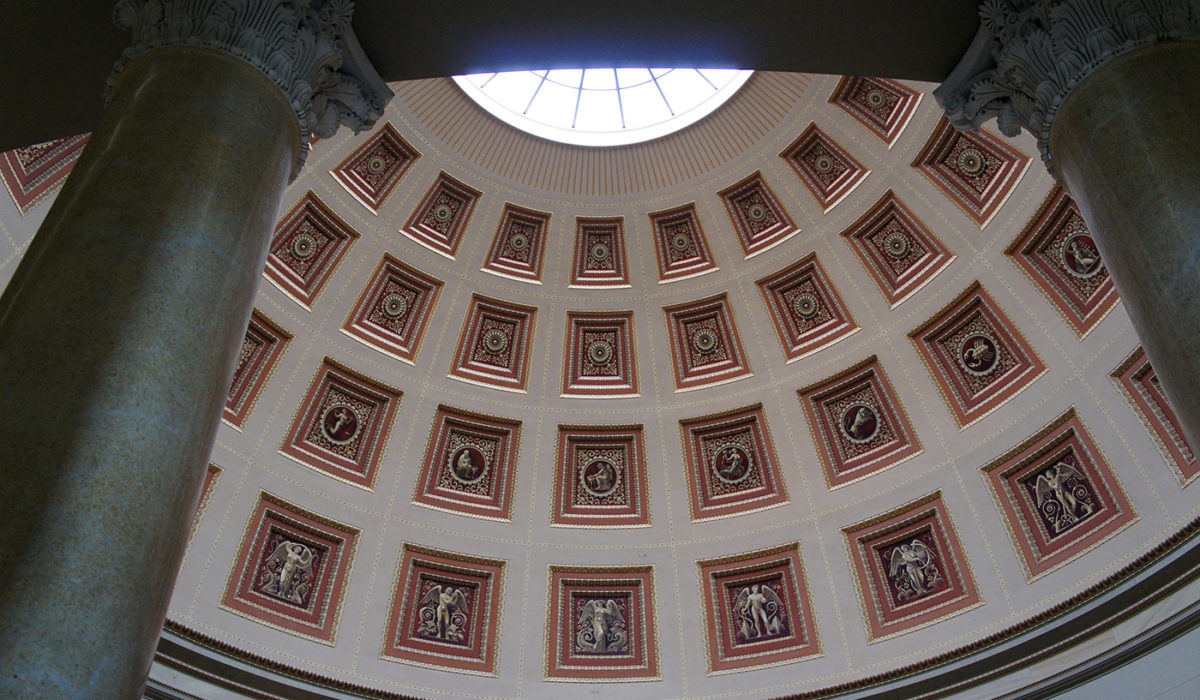 The Rotunda, The Altes Museum | Photo by Curt DiCamillo 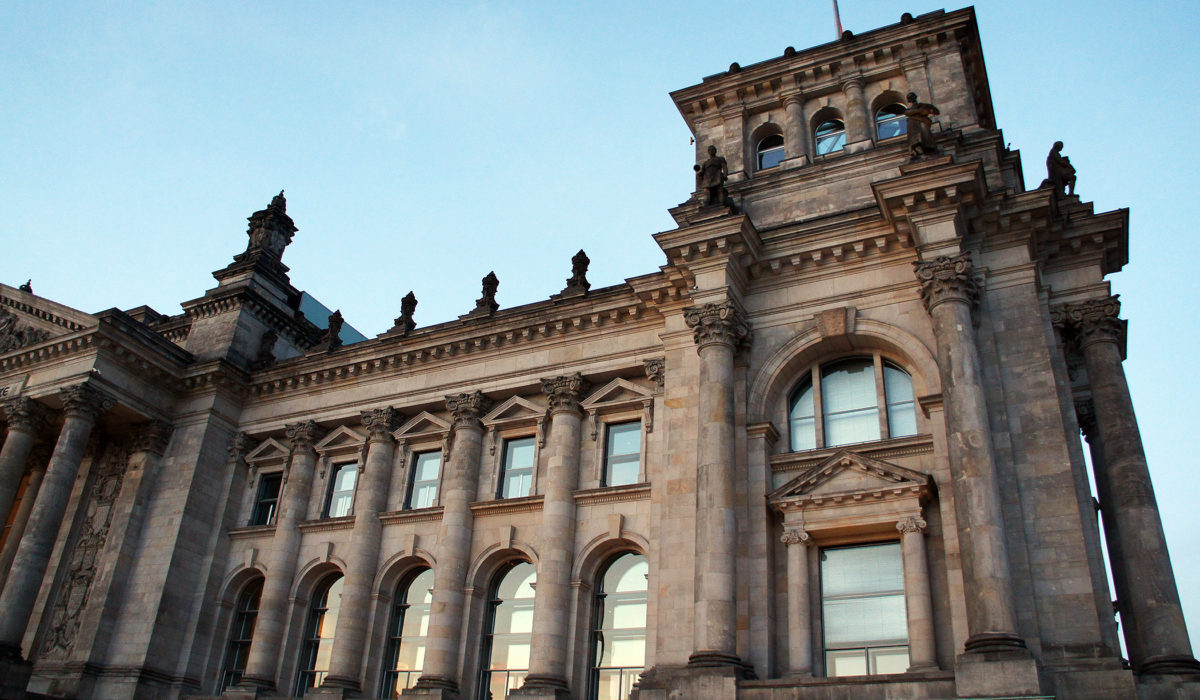 The Reichstag | Photo by Curt DiCamillo 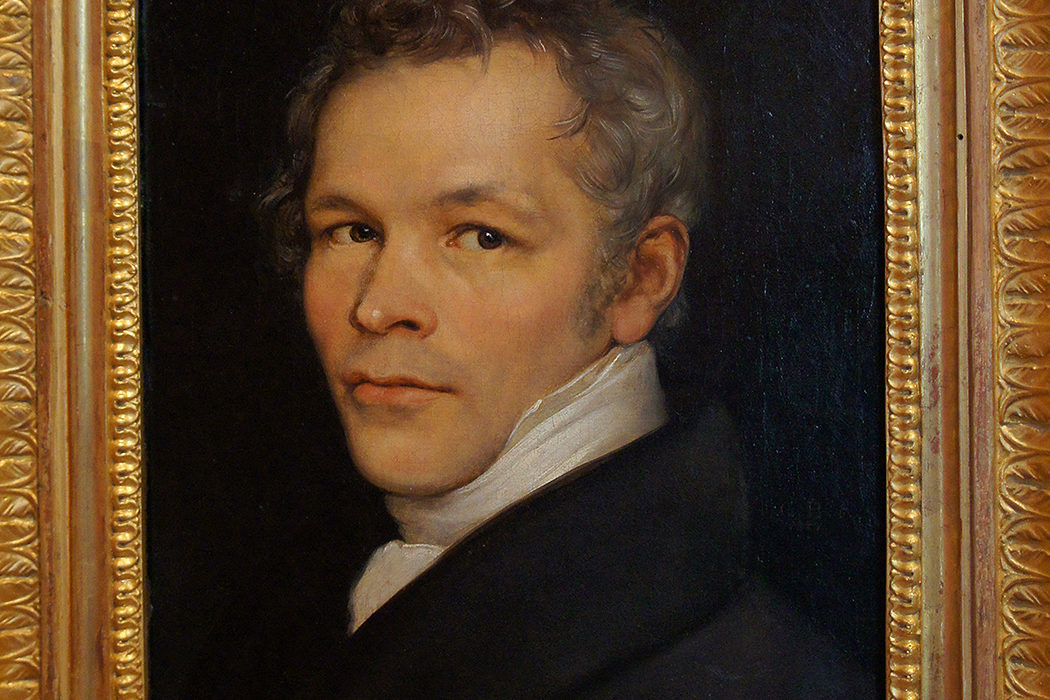 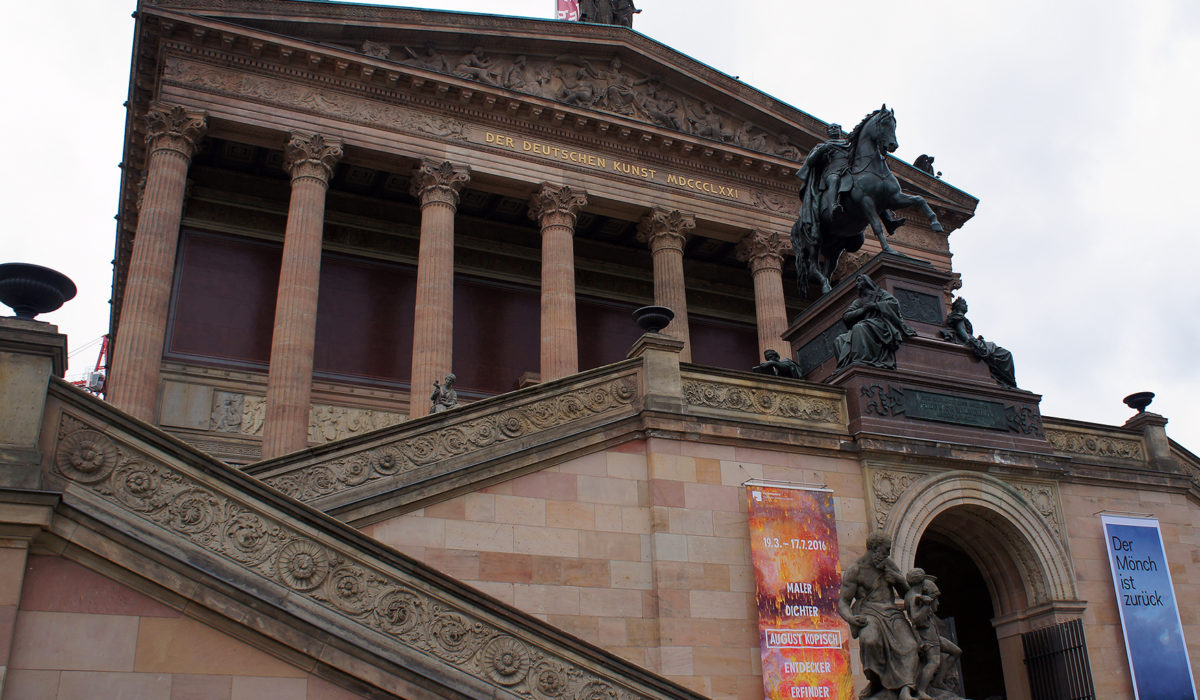 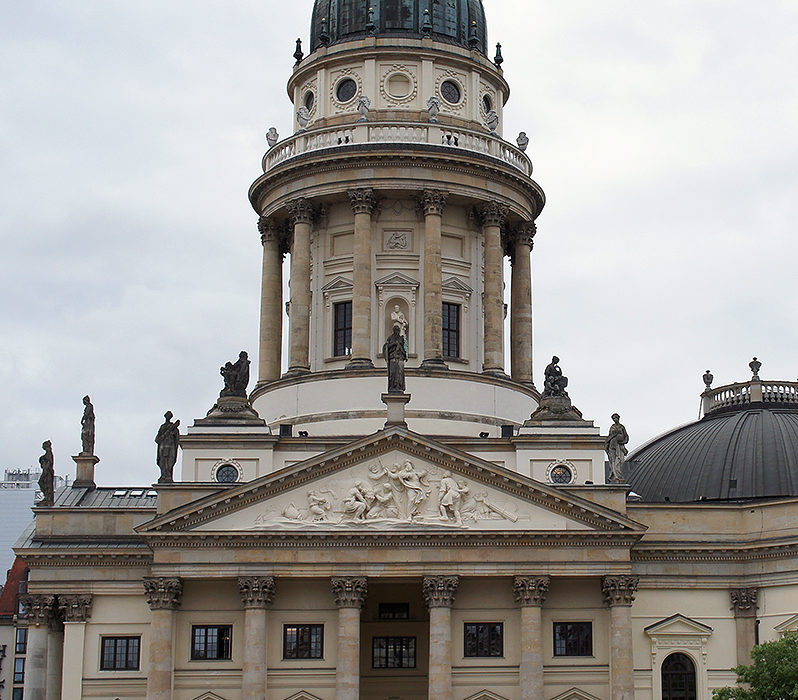 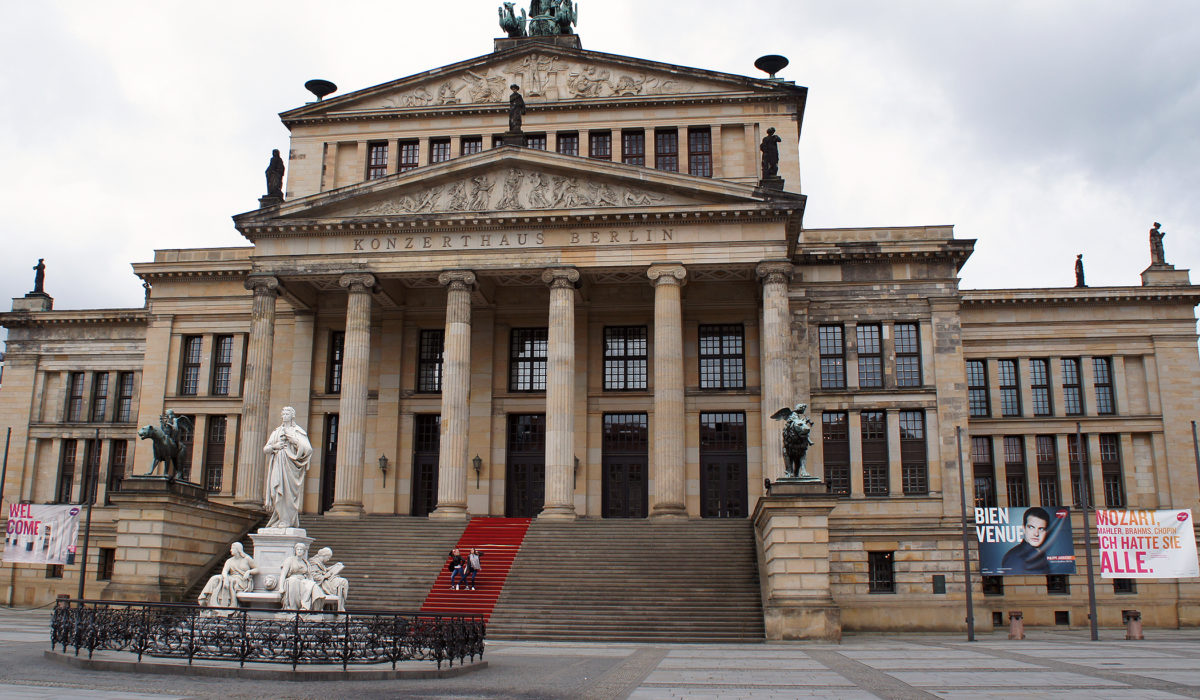 Berlin's museums were jaw-dropping in the breadth and depth of their collections. I had no idea what a capital of art Berlin was until I went on this tour. It was a transformational experience!

The next day began with a walking tour of Potsdamer Platz led by Michael Cullen, who highlighted the area’s transformation from a Cold War no-man’s land to a showpiece of modern architecture. Then we headed off  to the Kupferstichkabinett (Museum of Prints and Drawings), where we had a behind-the-scenes tour of this world-class collection of prints and drawings (including 4,000 drawings from Schinkel’s bequest) led by the distinguished director, Schulze Altcappenberg. One of the highlights was the opportunity to get up close and personal with Schinkel’s world famous 1815 drawing for the star-spangled set for the entrance of the Queen of the Night in Mozart’s The Magic Flute, a resource that continues to be used for modern productions of the opera today.

At the Gemäldegalerie (Painting Gallery) we had a curatorial-led highlights tour of a museum noted for its exceptionally high quality collection of paintings from every major European school. Among the treasures we saw were Botticelli’s Madonna with Child, Portrait of Hieronymus Holzschuher by Albrecht Dürer, The Glass of Wine by Vermeer, and Breugel’s Dutch Proverbs. We ended the day with a visit to the Kunstgewerbemuseum (Museum of Decorative Arts), an internationally important collection, where curator Achim Stiegel gave us a highlights tour of the museum, with a special emphasis on furniture designed by Schinkel.

Historian Stefan Albrecht led us on a walking tour of the Spandauer Vorstadt (often called Scheunenviertel, or the Jewish Quarter). Formerly situated in front of the medieval fortification walls of old Berlin, the Jewish Quarter still contains many buildings whose walls remain scarred by bullet holes, a result of the street-by-street combat in the last days of World War II. The Knoblauchhaus, the only Baroque building in the area to escape damage during World War II, was the residence of the Knoblauch family, prominent silk merchants. The Knoblauchhaus is today a marvelous house museum devoted to the Biedermeier era in Berlin. Here curator Jan Mende gave us a tour and private showing of objects that demonstrated Schinkel’s significance to the applied arts.

We spent an entire day at Sanssouci, King Frederick the Great’s breathtaking country retreat in Potsdam. Inspired by Versailles, this idyllic paradise features sumptuous palaces, breathtaking gardens, and intriguing follies, the best of which we experienced under the guidance of Samuel Wittwer, director of castles and collections for the Prussian Palaces and Gardens Foundation-Berlin and Brandenburg. The highlight was Frederick the Great’s Rococo dream palace, Schloss Sanssouci, but we also saw the Gärtnerhaus, the Römische Bäder, the gold roof-topped Chinesisches Teehaus (Chinese Teahouse), and Schloss Charlottenhof, an intimate Neoclassical ensemble built for Crown Prince Friedrich Wilhelm in the style of an Italian villa. Next we wandered through the Holländisches Viertel (the Dutch Quarter). Beginning in 1722, “The Soldier King,” Frederick William I, had 134 brick houses with curved gables built here for Dutch settlers. These sweet buildings are home today to galleries, boutiques, restaurants, and cafés. Then we had a lovely, relaxing private private organ concert in the beautiful setting of the Church of Saints Peter und Paul auf Nikolskoë. We ended our tour with an architectural cruise on the River Spree that gave us the pleasure of seeing the old, treasured buildings of Berlin juxtaposed with the endless new construction of Europe’s most innovative capital city. 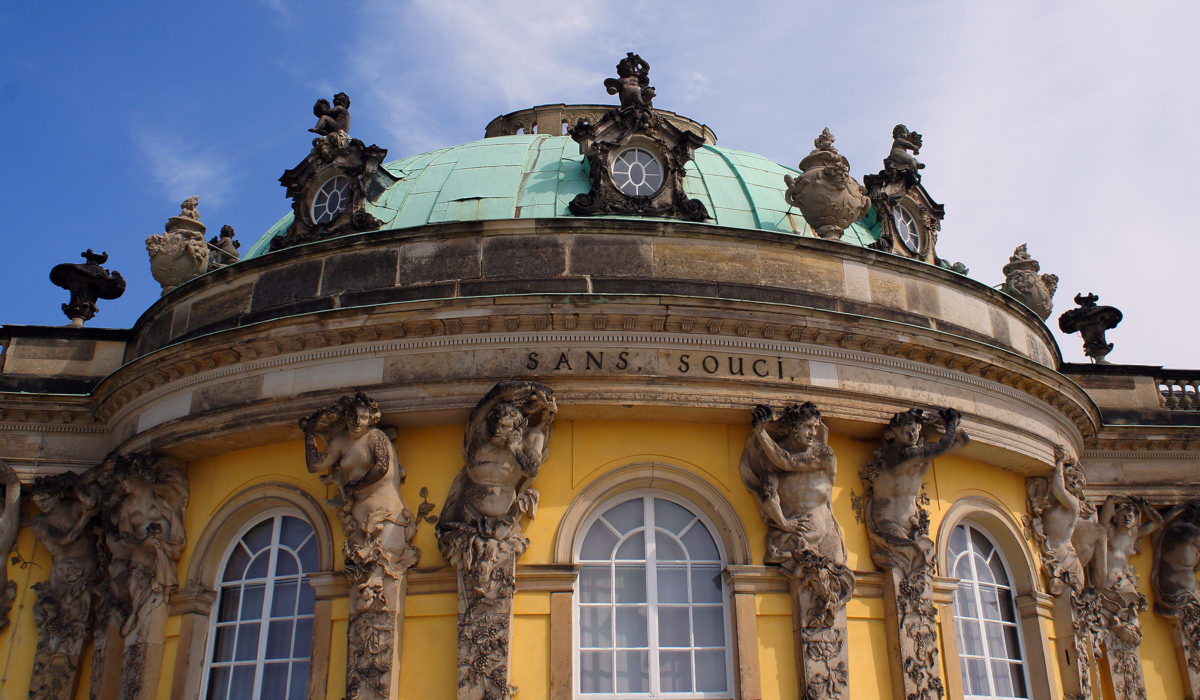 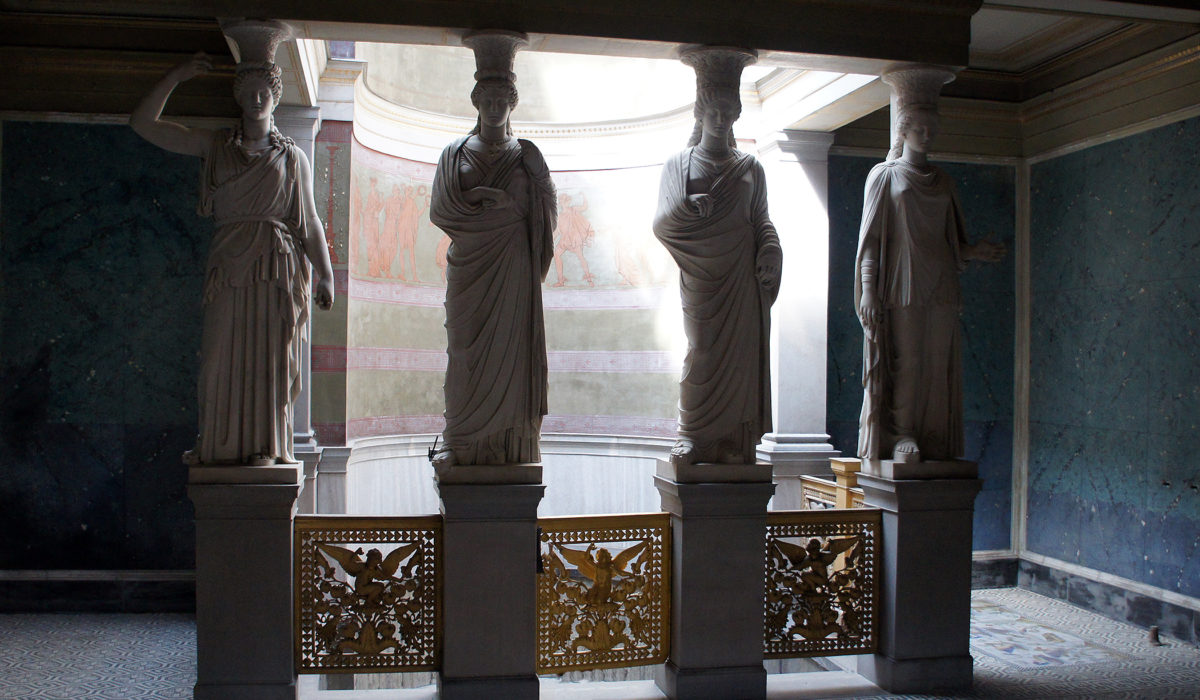 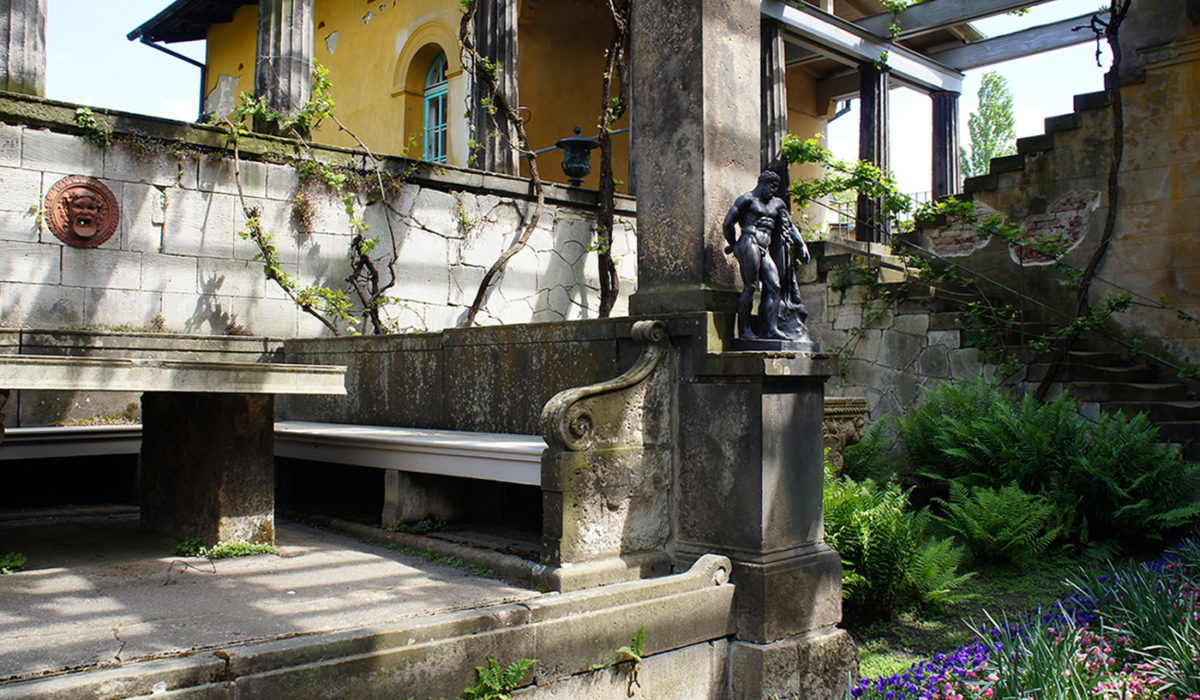 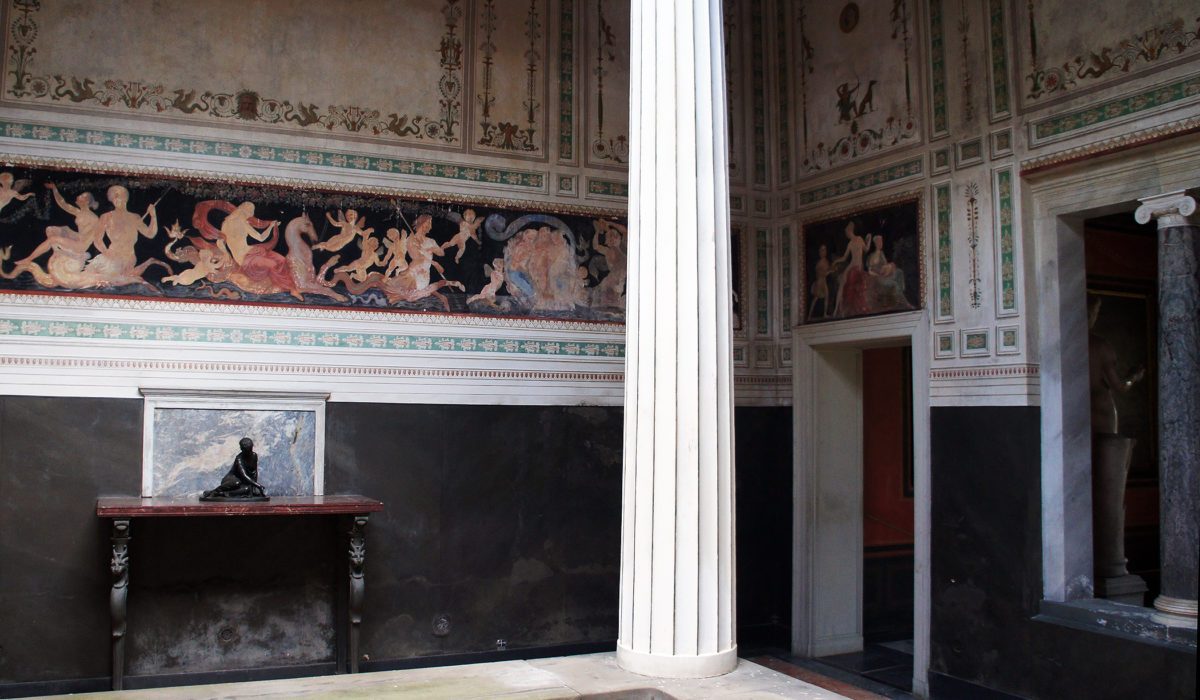 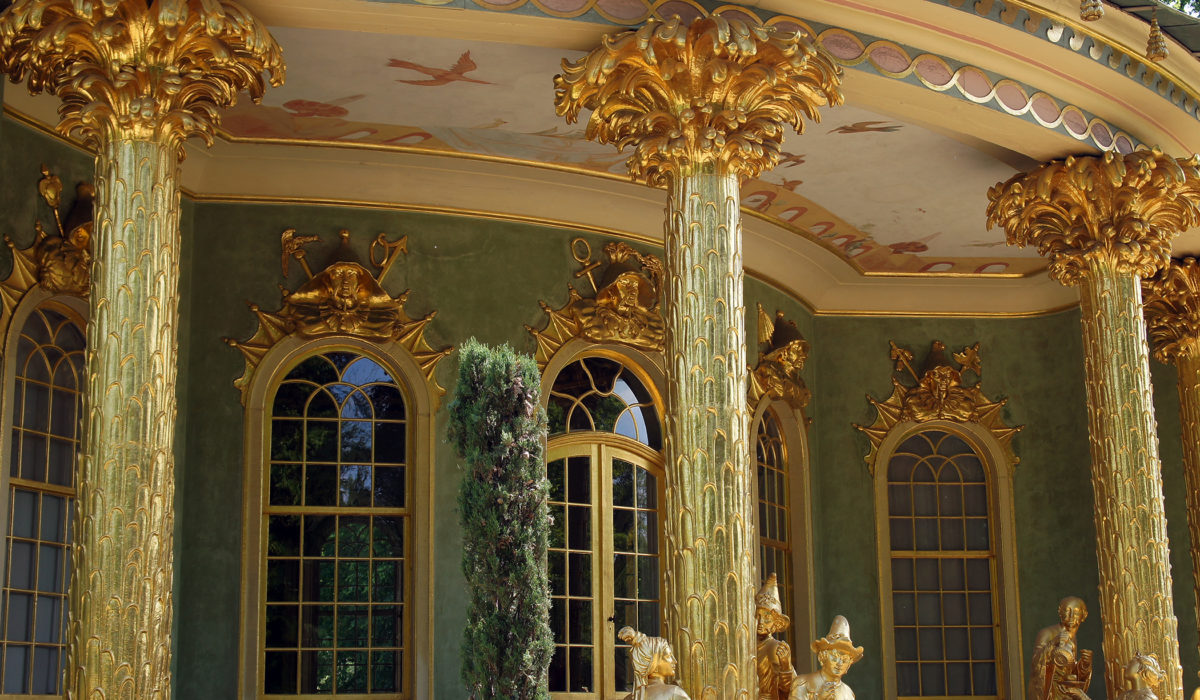 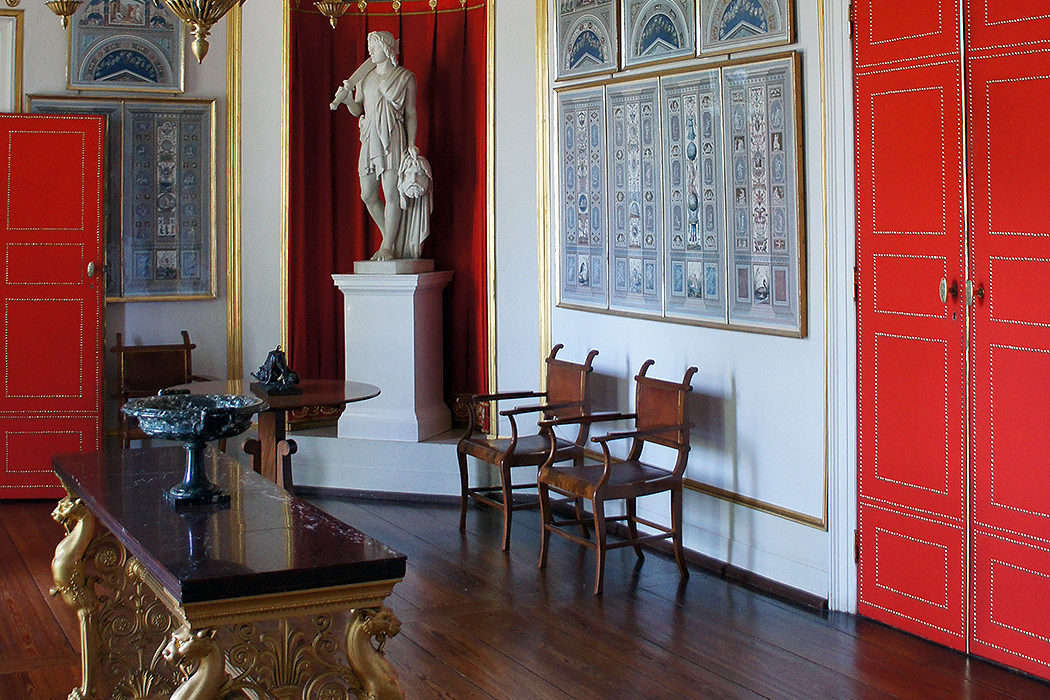 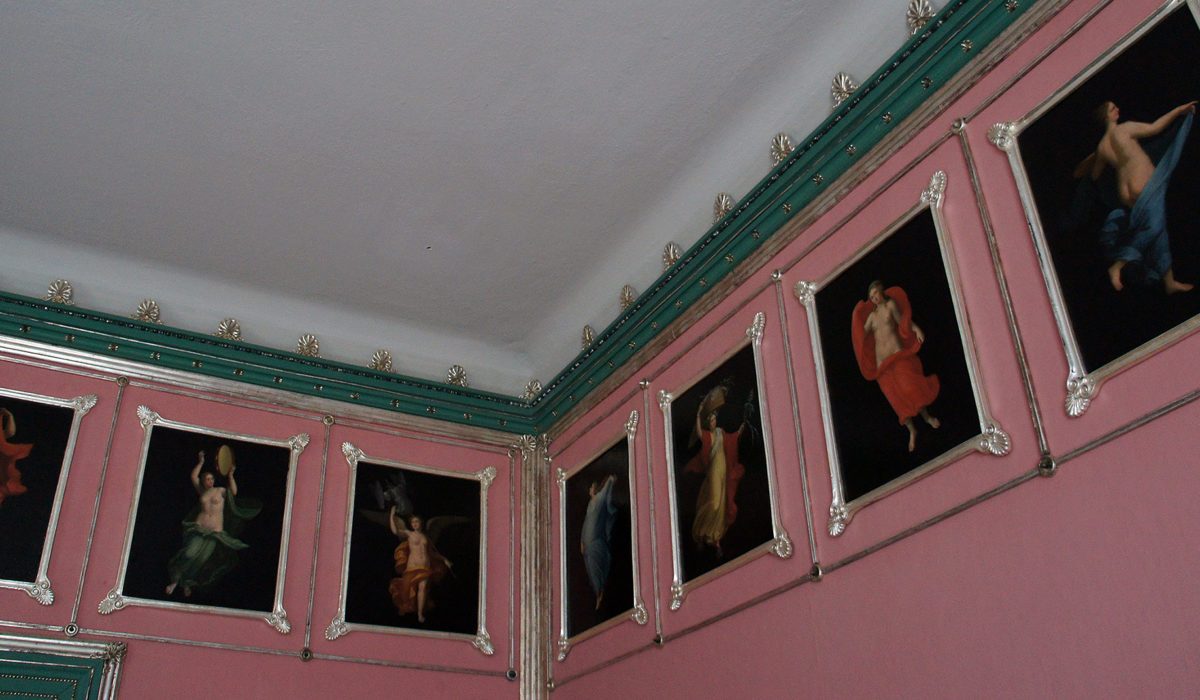 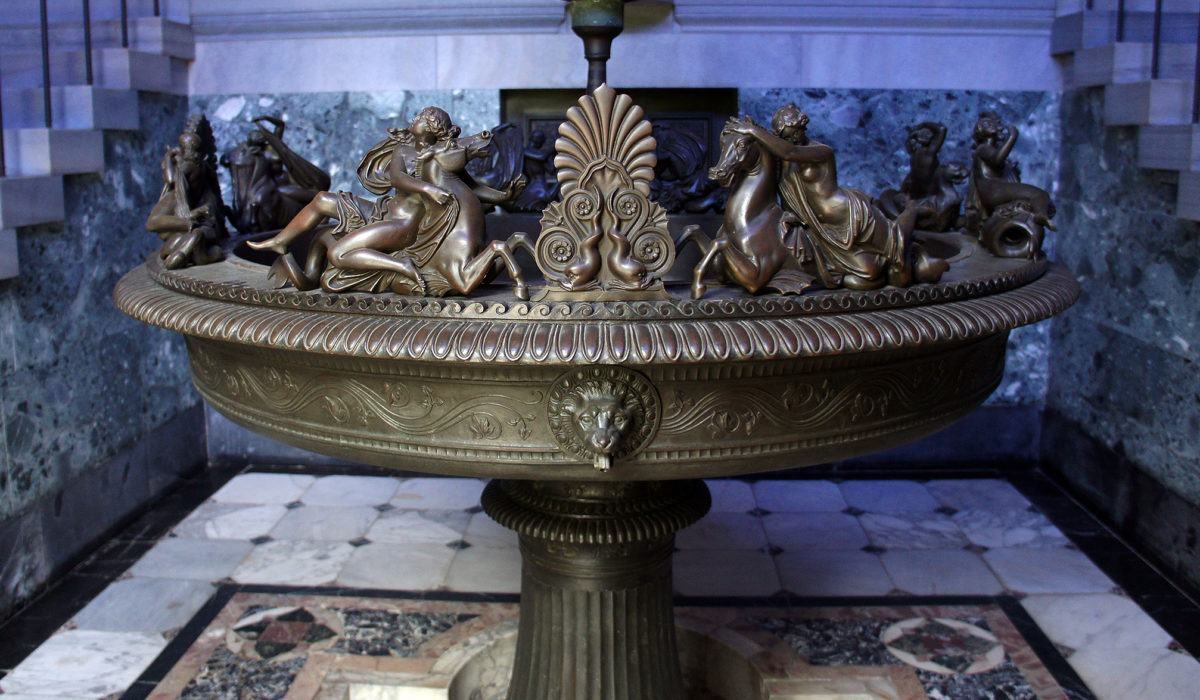 The art, the architecture, the history, the food—Berlin never disappointed!