From the palace-like Cliveden to the intimate Dorney Court, and so much in-between, Buckinghamshire never failed to please. Great country houses, cozy manors, and luscious gardens — it all came together as the perfect golden land. At the sublime West Wycombe Park, where the infamous Hellfire Club was founded, we were hosted by Sir Edward Dashwood for a relaxing lunch on the terrace of his ancestral home. Then on to Hartwell House, our home for the next week. This stunning house, home to King Louis XVIII of France during his exile, still feels like a king’s palace. To see two great Rothschild houses — Waddesdon Manor and the super secretive Halton House — was to take a walk back into the gilded luxury of late 19th century England. Knebworth House felt like it came out of the pages of a story book. And that feeling was appropriate because Knebworth was the home of Edward George Earl Bulwer-Lytton, 1st Baron Lytton. Born in 1803, Lord Lytton is mostly remembered today as an anachronistic and flowery author whose name is associated with bad writing. But he did come up with a number of memorable phrases that are still a part of the lexicon today: “It was a dark and stormy night” (made most famous by the character of Snoopy in the comic strip Peanuts), “pursuit of the almighty dollar,” “the great unwashed,” and “the pen is mightier than the sword.” 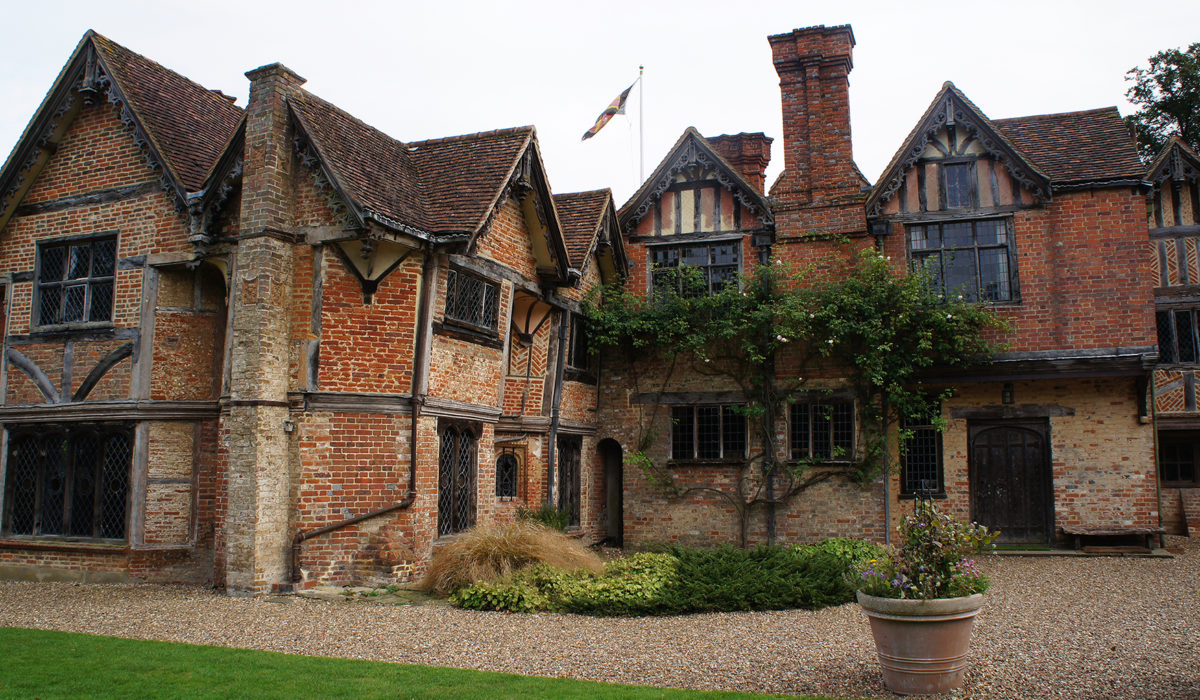 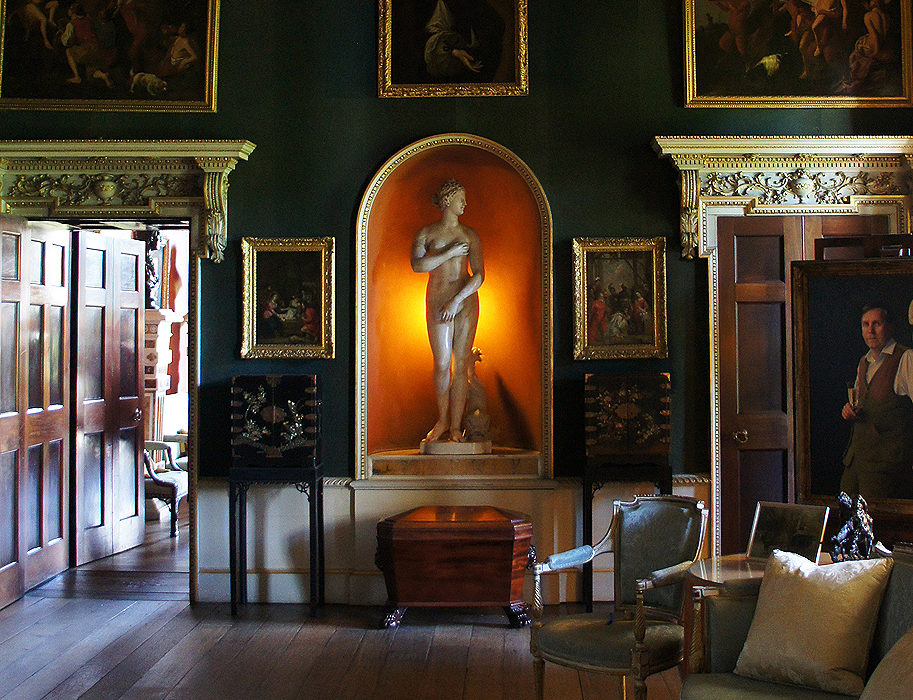 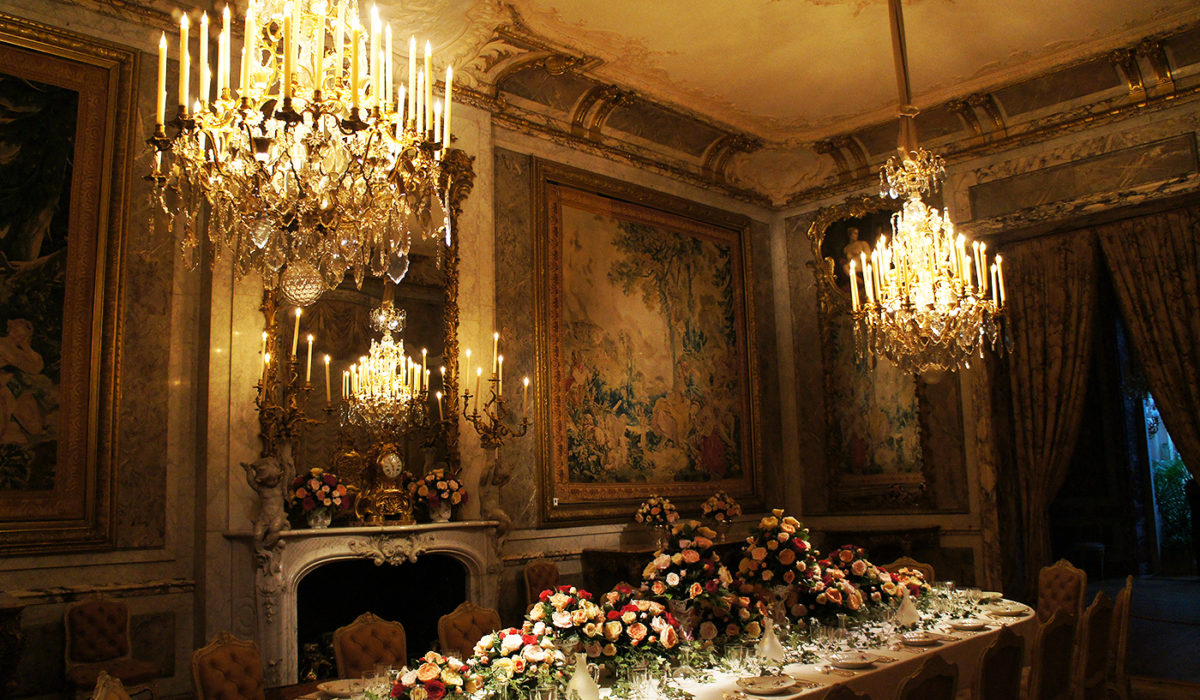 It was divine to bask in the warm English sun on the terrace at West Wycombe Park with Sir Edward.

Some of the most magical moments were at Buscot Park, where Lord Faringdon gave us a wonderfully thorough tour of his family’s art collection, house, and gardens. Called “a rather wonderful vision of heaven,” Buscot is probably most notable as one of the great English gardens of the 20th century. But the art collection is also world class, with paintings by Rembrandt, Reynolds, Rubens, Van Dyck, Murillo, Burne-Jones, and Rossetti. At St. Paul’s Walden Bury, one of the family homes of the late Queen Mother, Sir Simon and Lady Bowes-Lyon hosted us for lunch and a tour of their house and garden. The garden, laid out about 1730, is one of the few surviving French style formal gardens in England in the style of Le Notre. After visiting St. Paul’s Walden Bury, with its royal associations, we, of course, had to visit Windsor Castle! Having the castle all to ourselves during a twinkling evening tour was divine. Woburn Abbey, still the seat today of the Duke of Bedford, is a treasure house bursting with art, history, and magnificent gardens. At Claydon House we saw one of the most unique interiors in Britain: the Chinese Room, designed by Luke Lightfoot in 1769. This breathtaking room contains the most elaborate surviving Chinoiserie interior in Britain. 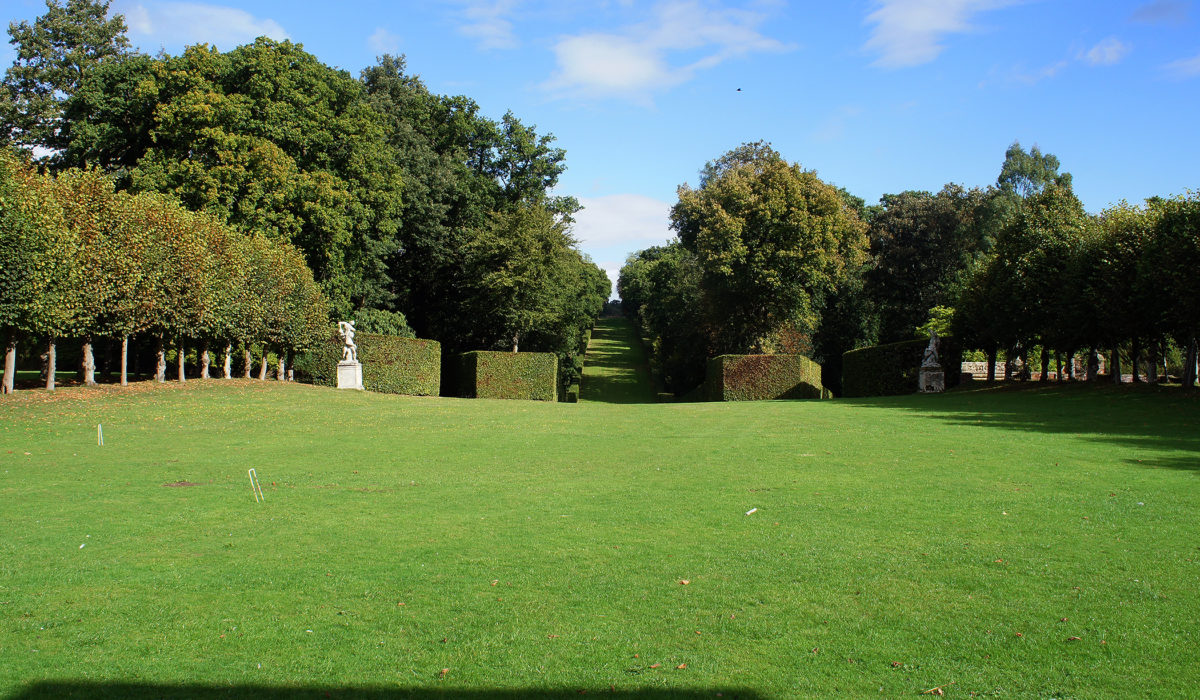 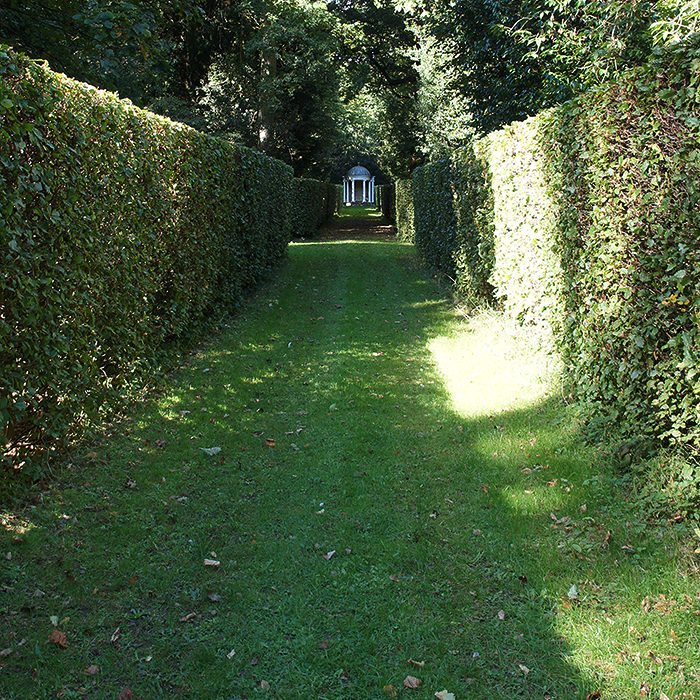 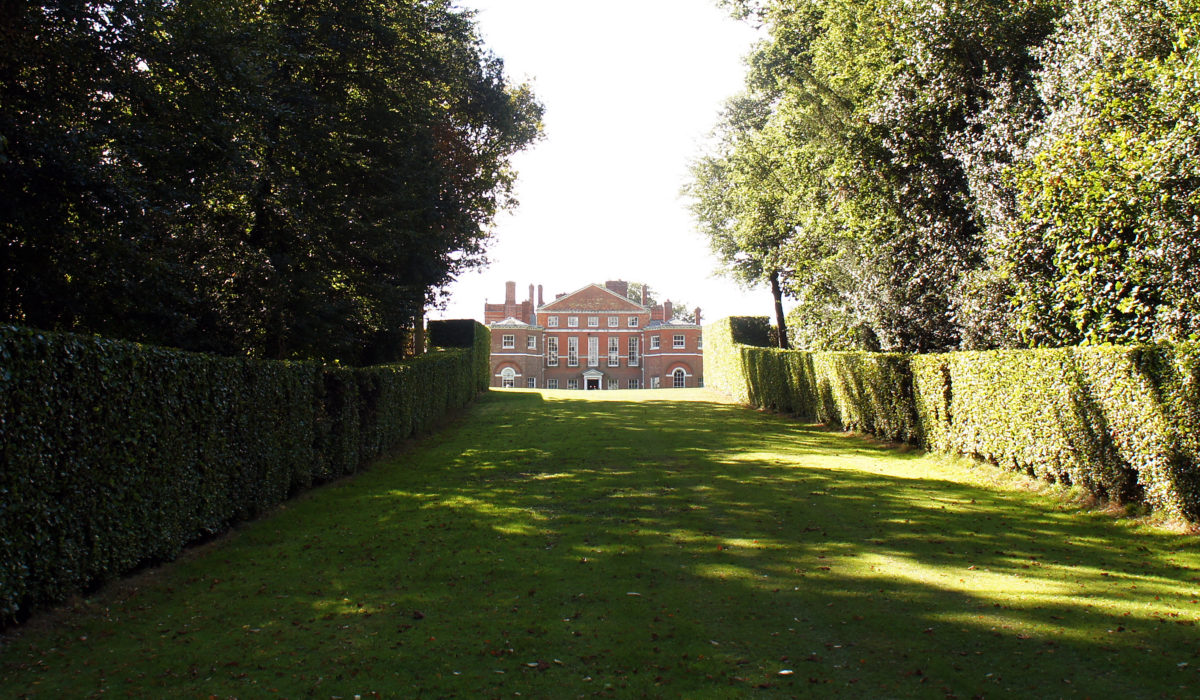 I thought I'd seen Windsor Castle enough for one lifetime, but to walk through the famous castle with nobody else there but us was amazing! And ending with a glass of champagne among the glitter and glamour was truly royal! 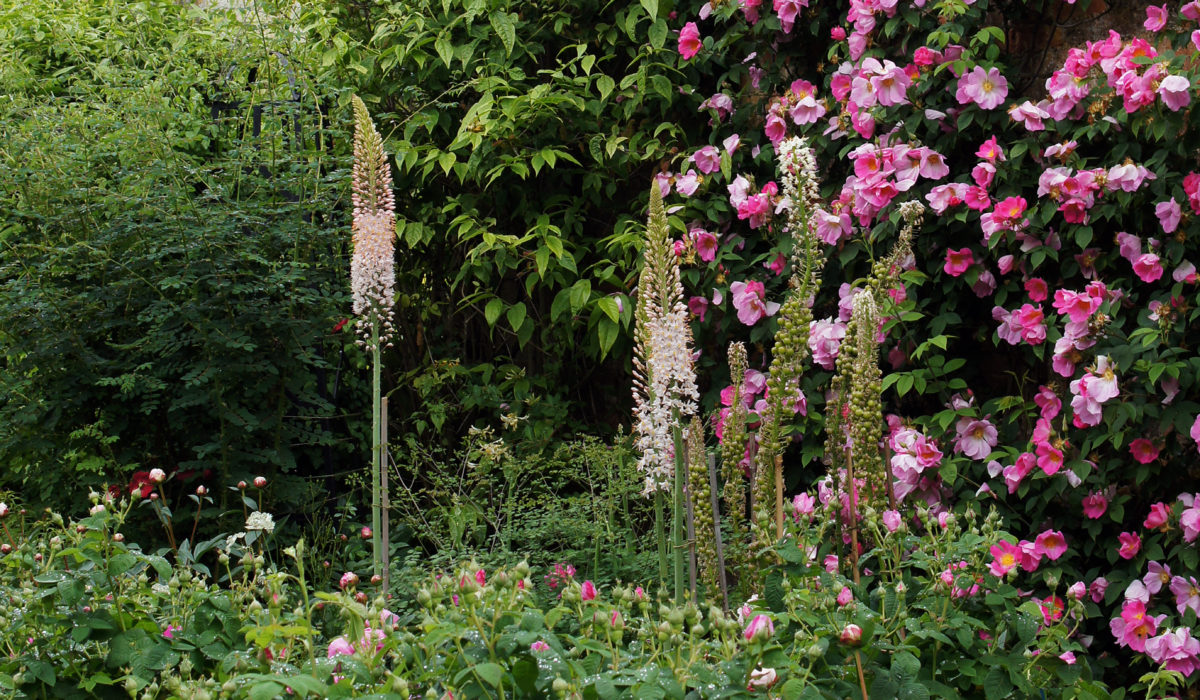 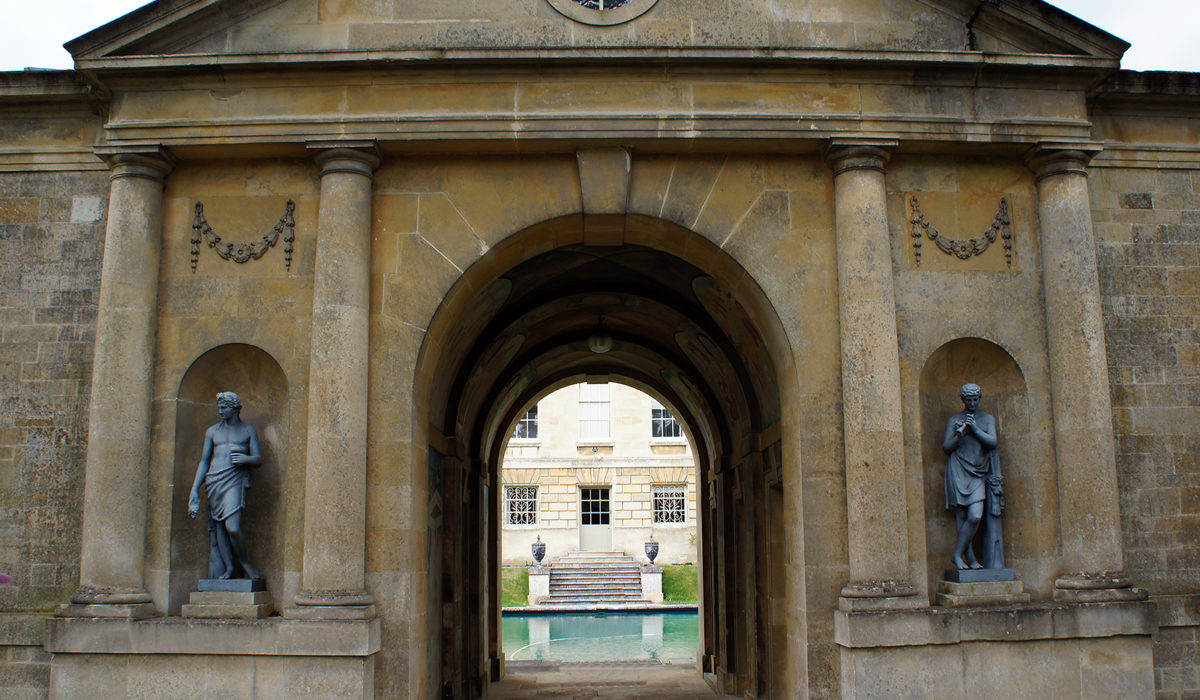 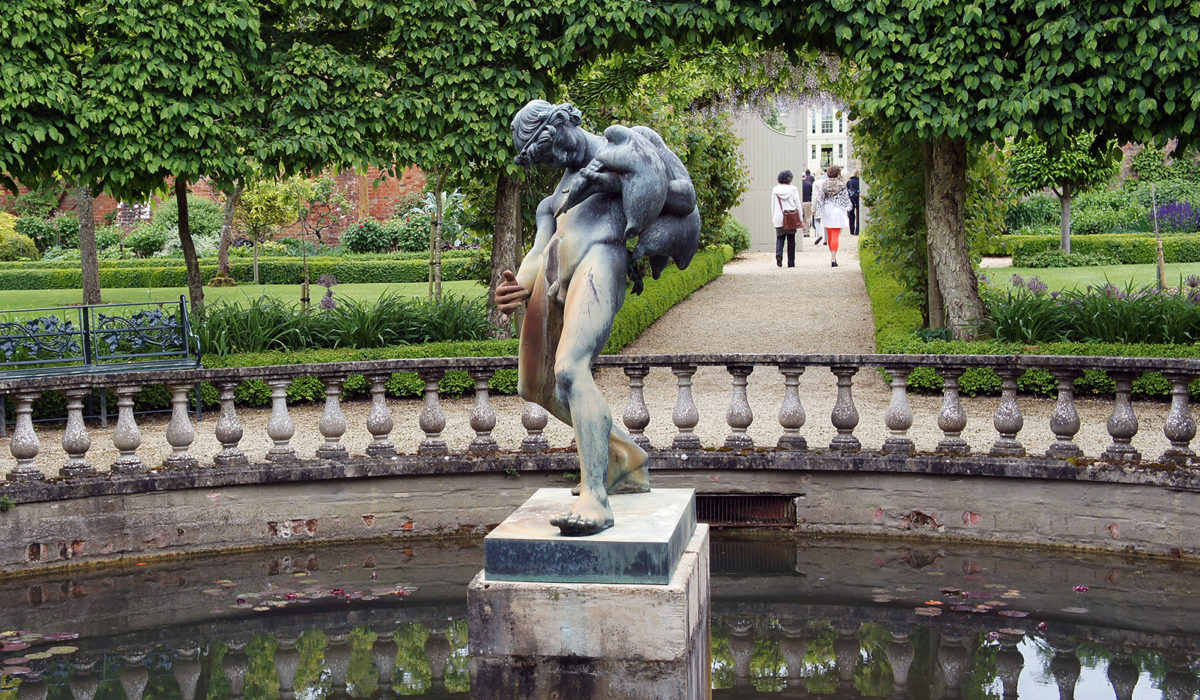 I have never been so transfixed by a garden. Buscot Park just blew me away!