In the Land of the Gods: Country Houses & Gardens of the Cotswolds

We began our tour among the swans and willows of the Windrush Valley at the circa 1620 Asthall Manor, the childhood home of Nancy Mitford. One of the famous Mitford sisters, Nancy used Asthall as the inspiration for her famous books Love in a Cold Climate and The Pursuit of Love. Here we had a lovely tour of garden, designed in 1998 by Julian and Isabel Bannerman, garden designers to the Prince of Wales.

Begun in 1067, Berkeley Castle is the oldest castle in England still in the ownership of the same family. Here we were given a tour by the current owner, the charming Charles Berkeley, whose family name has been given to locations as diverse as Berkeley Square in London and the University of California, Berkeley. Berkeley Castle is wrapped in history; it was here that the barons of the West Country met in 1215 before moving to Runnymede to pressure King John to sign Magna Carta.

Called “a rather wonderful vision of heaven” by the architectural historian Adam Wilkinson, Buscot Park is a fine example of the late 18th century style for Italianate country houses in Britain inspired by the architecture of the Renaissance architect Andrea Palladio. Here we were given a tour by Lord Faringdon of his home, filled with paintings by Rembrandt, Rubens, van Dyck, Murillo, Reynolds, and Burne-Jones, followed by time in the garden, considered one of the greatest English gardens of the 20th century. 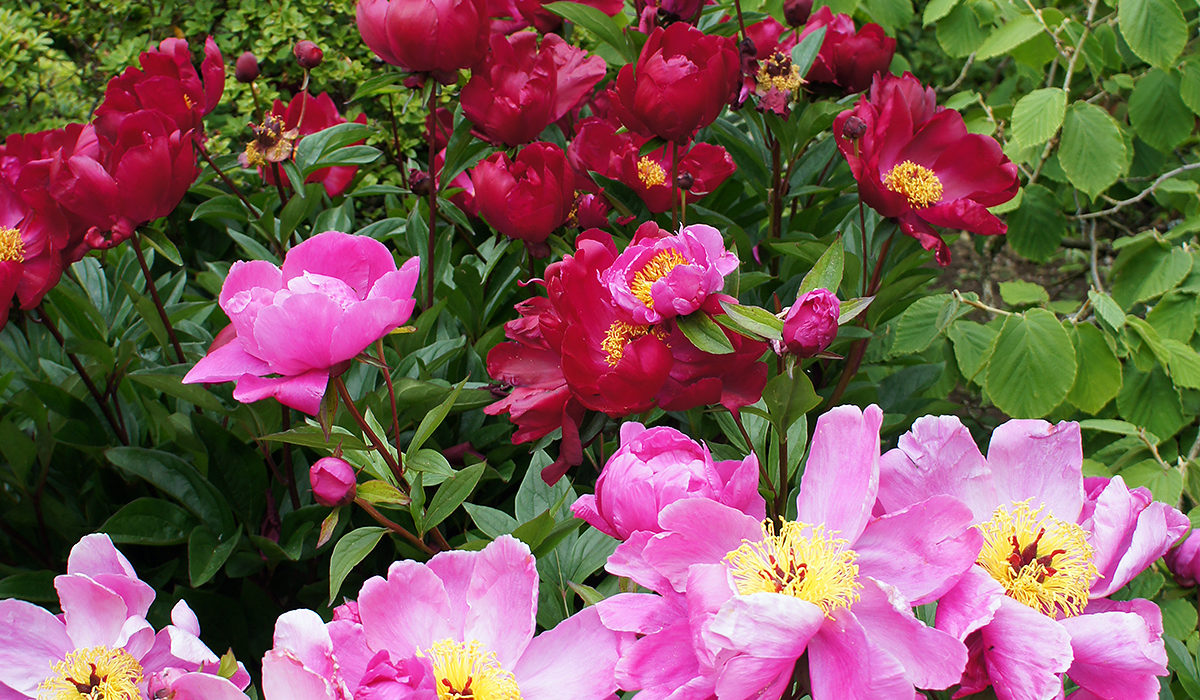 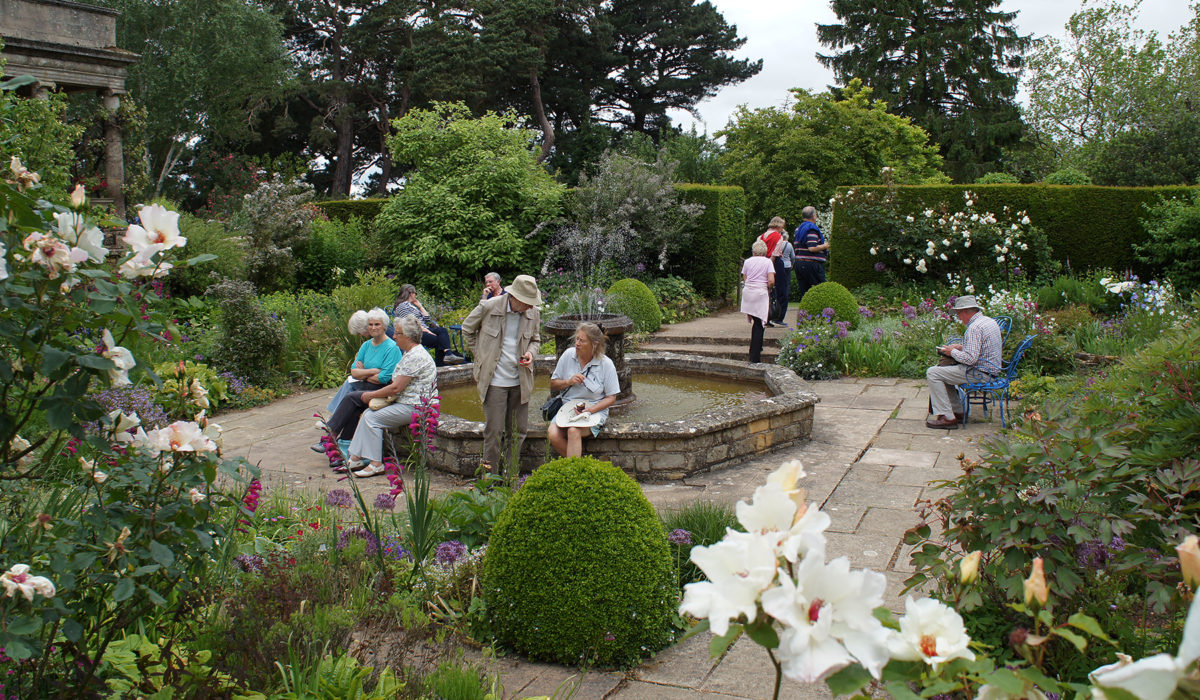 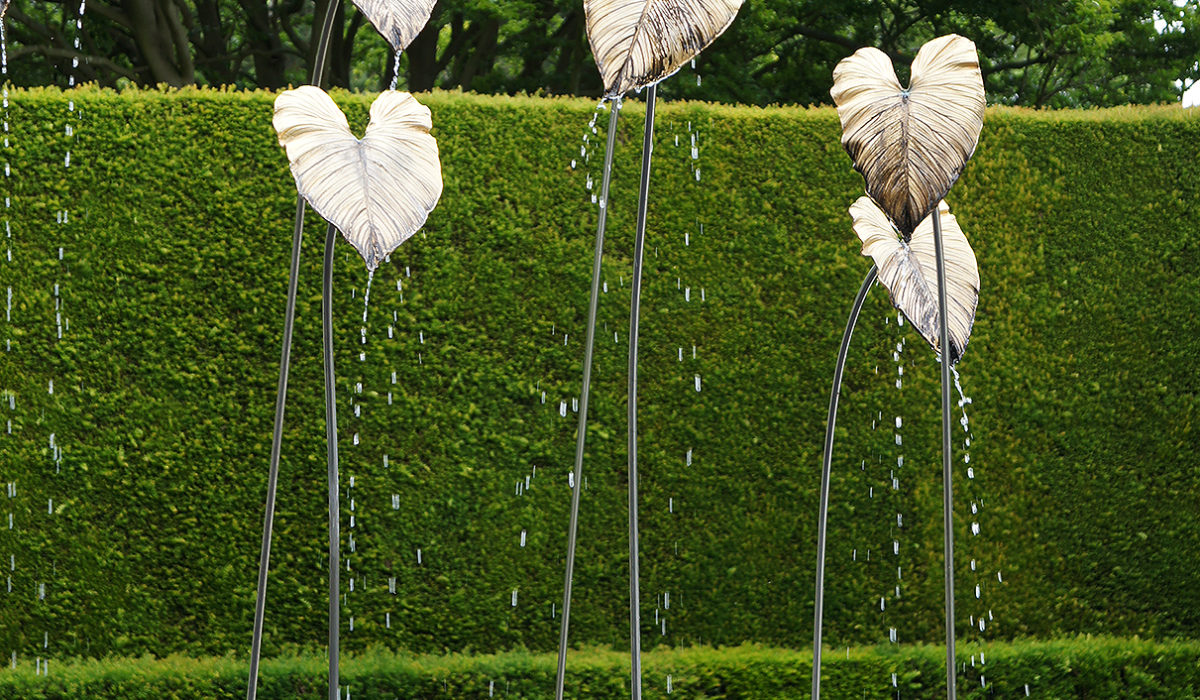 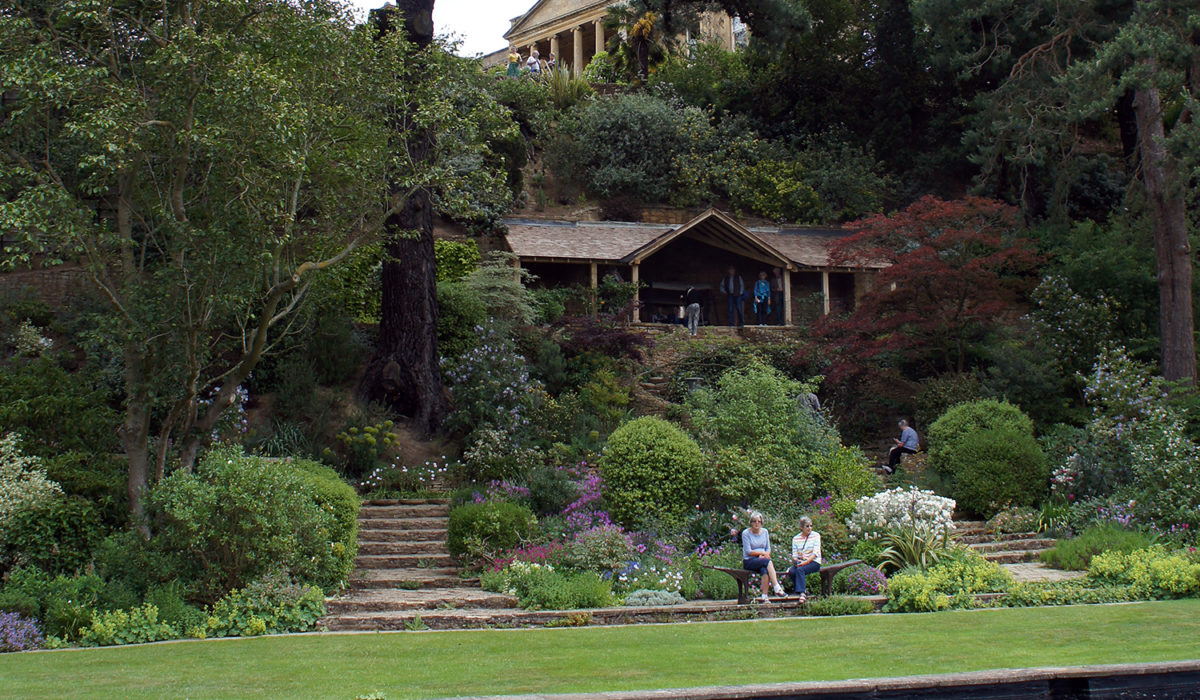 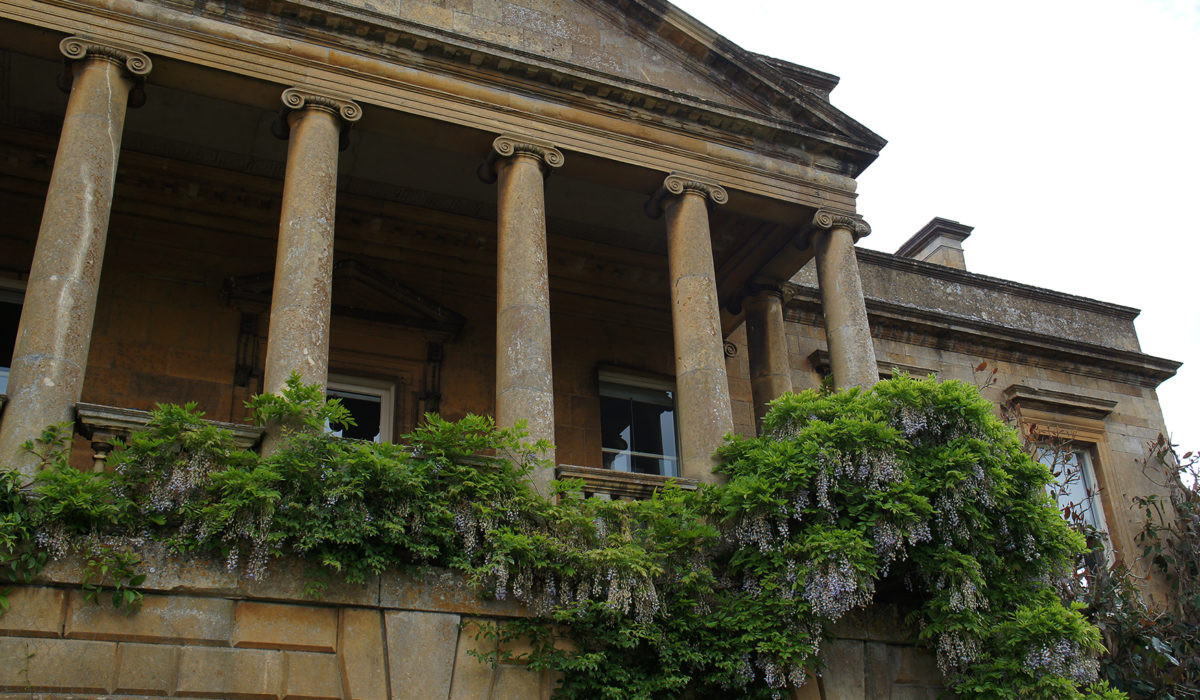 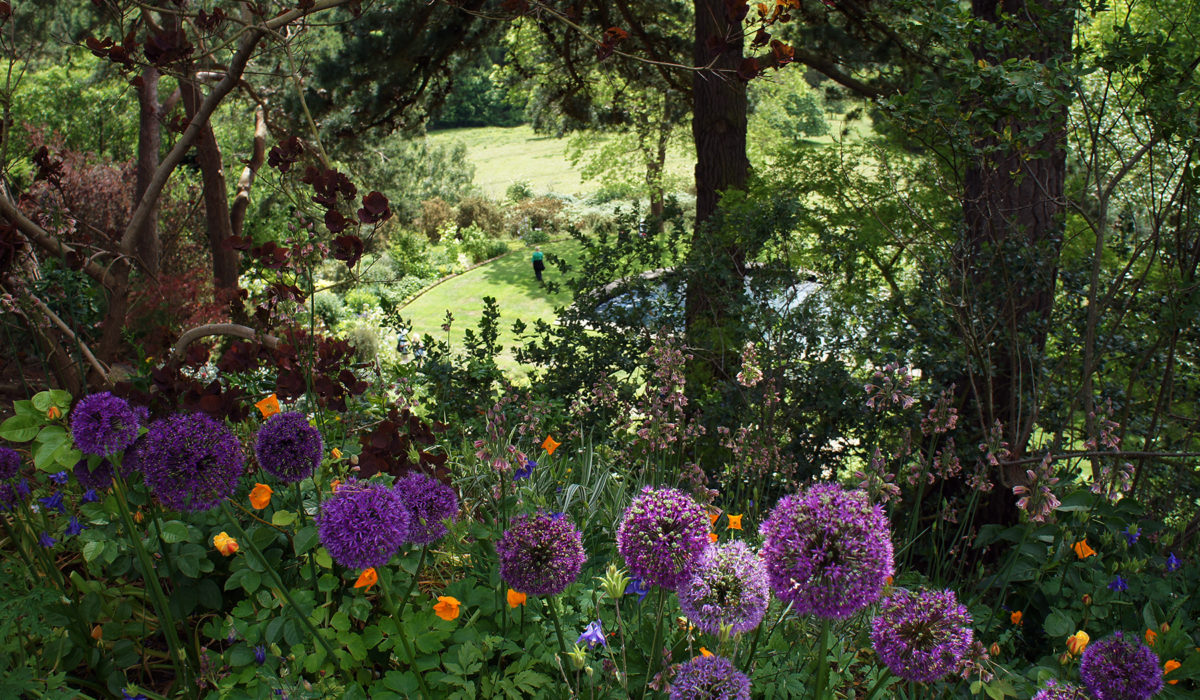 Most famous as the seat of Prime Minister Benjamin Disraeli in the 19th century, Hughenden Manor is today a property of the National Trust. Here we received a tour of a perfect Victorian country house, followed by time in the garden.

At Kiftsgate Court, the spectacular garden created by the Chambers family in the 20th century, we luxuriated in one mesmerizing garden room after another, spanning classical to modern design, all influenced by its more famous neighbor, Hidcote Manor. The garden is famous for the Kiftsgate Rose, a scented climbing rose.

Each June and July, deep in the Cotswolds, the Longborough Festival Opera takes place. Famous for its Wagner productions, here we watched a production of Tristan and Isolde inside the festival’s Neoclassical opera house, complete with a lavish picnic during the interval.

Madresfield Court is a large house of 160 rooms that was the ancient seat of the earls Beauchamp. Noted for its Tudor hall, which comes complete with a staircase whose balusters are made of carved rock crystal, Madresfield is most famous today as the inspiration of Evelyn Waugh’s seminal 1945 book, Brideshead Revisited. Here a member of the family gave us a tour of one amazing room after another, ending at the early 20th century chapel, considered one of the masterpieces of the Arts & Crafts movement.

I'd like to lose myself in the grounds of Owlpen Manor forever.

Surrounded by steep hills and bluebell woods, Owlpen Manor, the home of Sir Nicholas and Lady Mander, is considered one of the most perfect of Cotswold estates. We had tea and cider here before we began our tour of the house, whose earliest portion dates to 1450.

Built in the late 17th century by the 1st Earl of Conway, Ragley Hall is one of the earliest and finest of the Palladian-style English country houses. The house is most notable for its spectacular, pink Great Hall, 70 feet long by 40 feet wide by 40 feet high. We were welcomed at Ragley by the 9th Marquess of Hertford, whose ancestor, the 3rd Marquess, formed a large collection of paintings which became the Wallace Collection in London. Between 1969 and 1983 Graham Rust painted the largest mural in England at Ragley. Entitled The Temptation, it’s based on the frescoes at the Villa Barbaro in the Veneto and is truly jaw-dropping.

At Russell Court, in the idyllic Cotswold village of Broadway, Andrew Dakin and Malcolm Rogers, retired director of the Museum of Fine Arts, Boston, gave us a tour of their lovely 18th century house and garden, followed by champagne and a piano recital. Notable as the location where John Singer Sargent painted Carnation, Lily, Lily, Rose (today in the collection of Tate Britain), in the late 19th century the house was the home of a group of artists and writers, including Frank Millet, Edwin Austin Abbey, and Sargent. 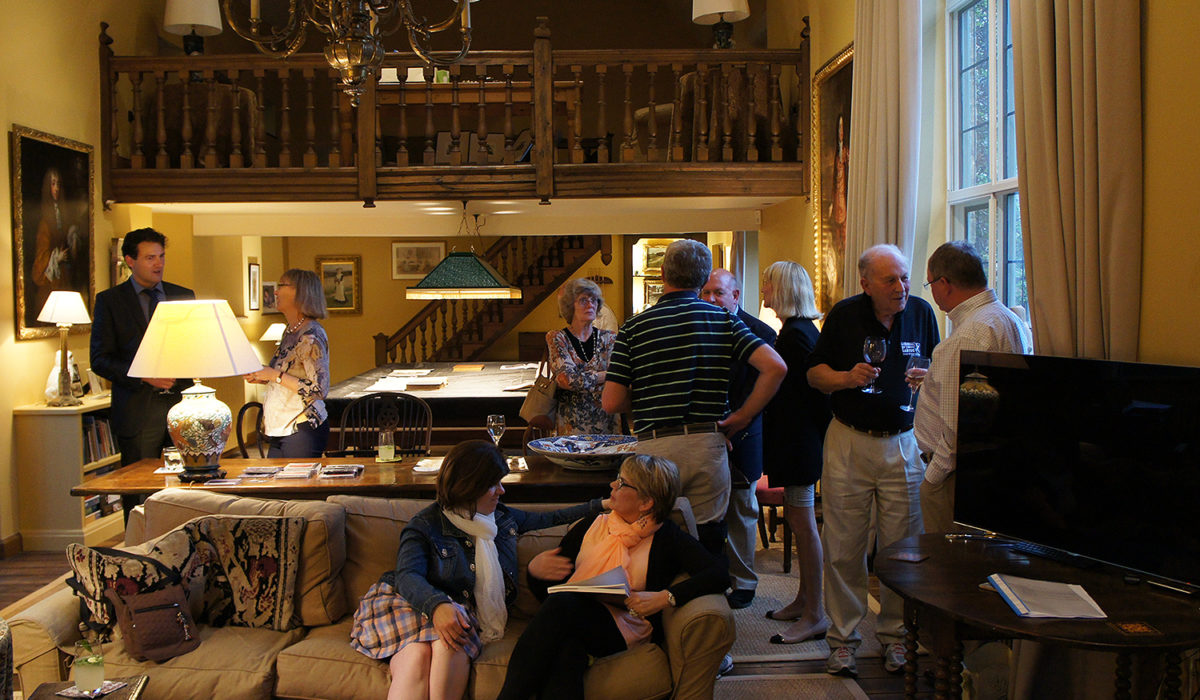 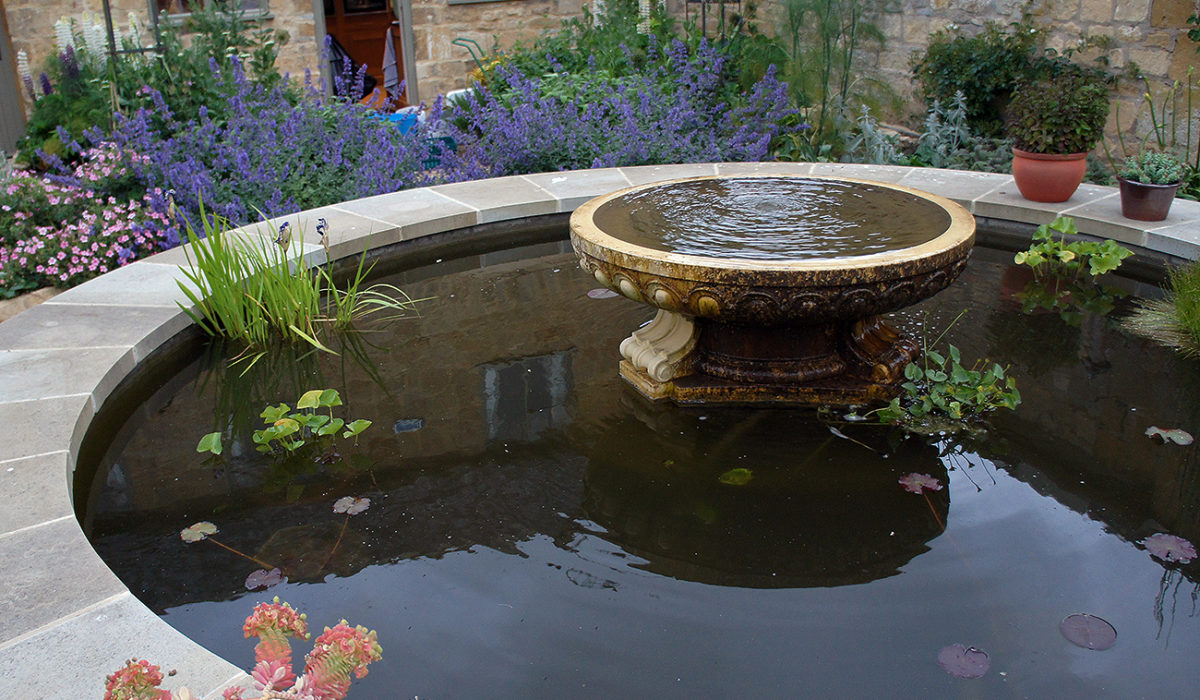 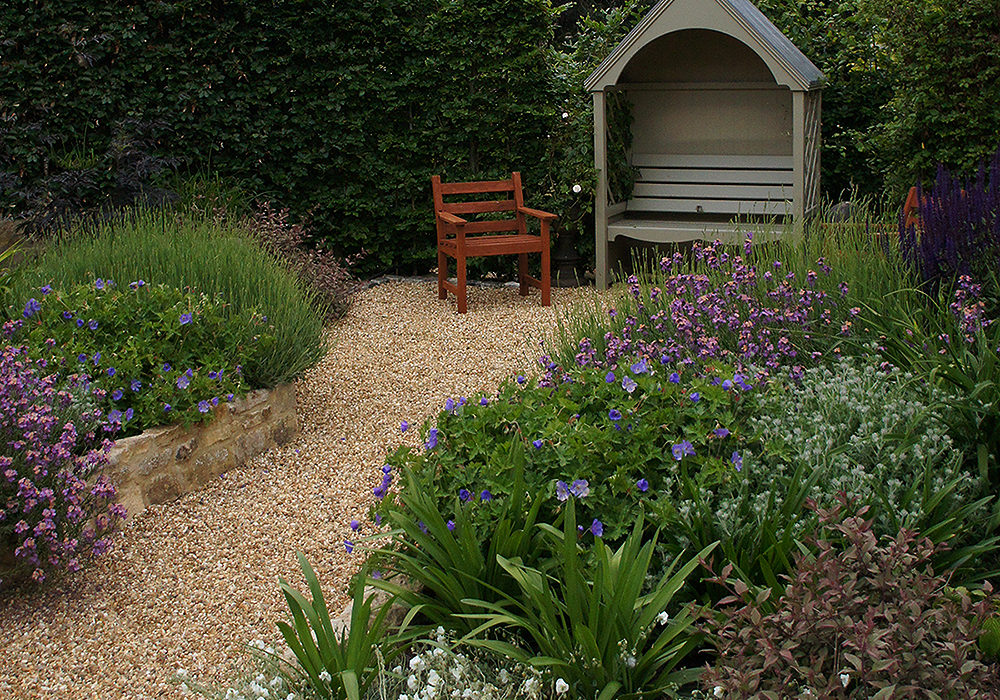 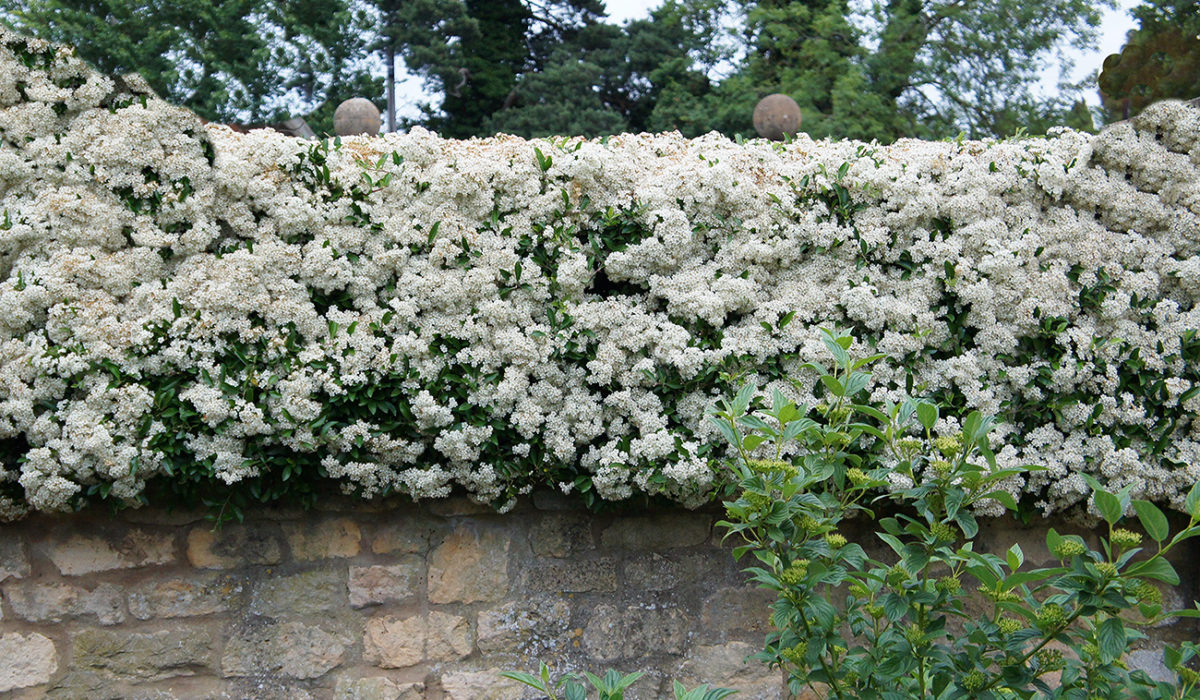 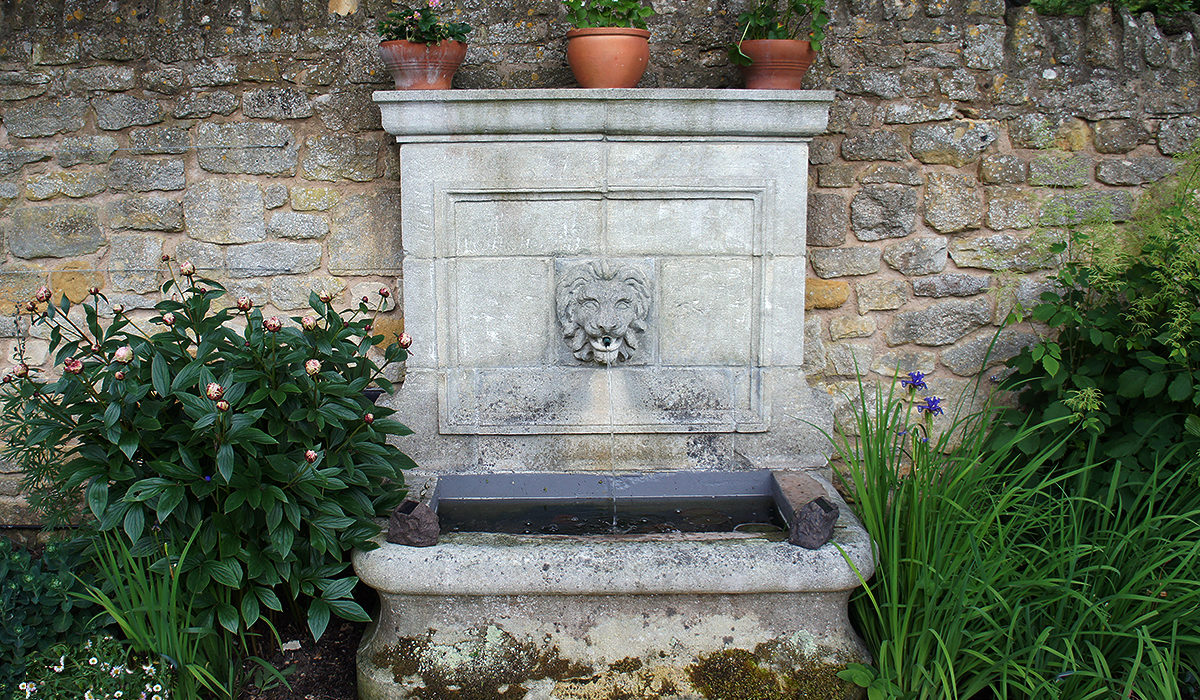 I didn't think such a magical paradise existed. The Cotswolds are truly heavenly.

Originally a monastic property, Snowshill Manor became a private house in the 16th century and remained a quietly unremarkable Cotswolds manor house until the early 20th century, when it was purchased by Charles Paget Wade. An architect, artist-craftsman, collector, poet, and heir to a family fortune, Wade filled (and we mean stuffed) the house with collections of every conceivable kind. Here a National Trust guide give us a before-hours tour of the house, followed by time on our own in the charming garden.

Called by James Lees-Milne “incontestably one of the most beautiful and romantic [houses] in the British Isles,” the 17th century Stanway House has been the home of the Charteris family for hundreds of years. Today’s owner, James Donald Charteris, Earl of Wemyss and March, allowed us exclusive access of his ancient house, followed by tea. Built of the luscious honey-colored Cotswold limestone for which this part of the country is famous, Stanway is a mixture of Renaissance and Mannerist design elements and is most famous today for its Baroque water garden, which contains the tallest gravity-fed fountain in the world.

The earliest parts of Stonor Park, the Oxfordshire seat of Ralph Stonor, Lord Camoys, date to the 13th century. We had a private a tour of this treasure-filled house, followed by lunch in the pantry. Home to the Stonor family for over 800 years, Stonor Park was a great center of Catholic resistance after Henry VIII took England over to the Protestant church. It is therefore appropriate that the 14th century Stonor chapel is one of only three in England that has celebrated Mass without a break since the Reformation.

Beginning in the 11th century, when it was owned by King Ethelred the Unready, Sudeley Castle has boasted a royal history. The house is probably most famous today as the home of Queen Catherine Parr, the sixth wife of King Henry VIII, who is buried in the church. Here we were welcomed with champagne in the garden by the current owner, Lady Ashcombe, followed by a tour of the house, and then dinner in the dining room, where we were surrounded by an outstanding paintings collection, including works by Turner, van Dyck, and Rubens.

Originally the site of the medieval grange to Hailes Abbey, the core of Wormington Grange was erected in the early 1770s. The house, built of a creamy orange-yellow Cotswold stone, is noted for its Ionic portico modeled on the Temple of Ilissus, a small temple built in the 5th century BC near the River Ilisos in Athens. Here owner John Evetts, head of the furnishing department of The Landmark Trust, gave us a tour, followed by a grand lunch in the state dining room. 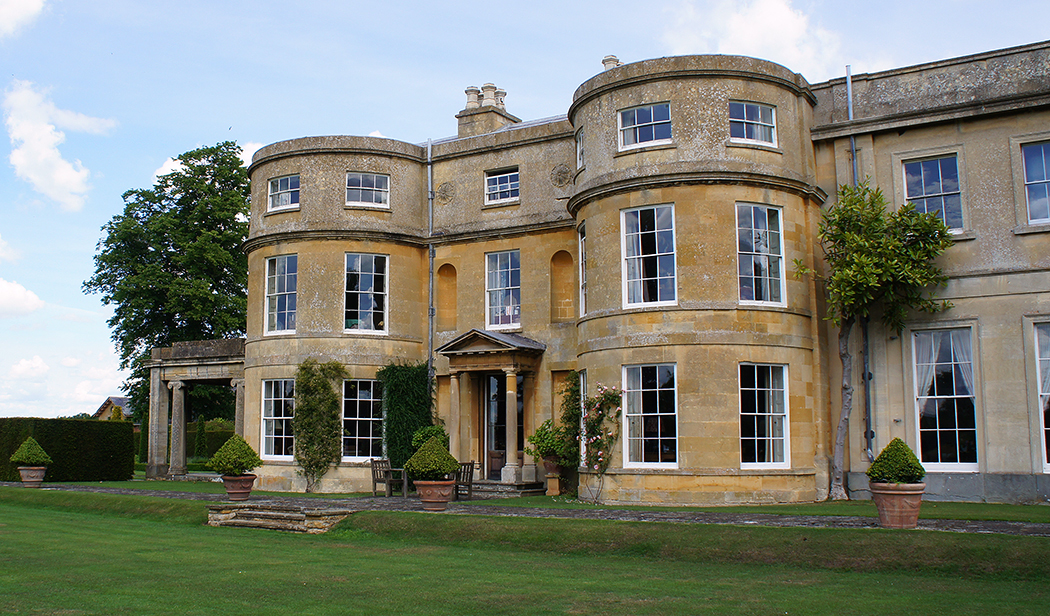 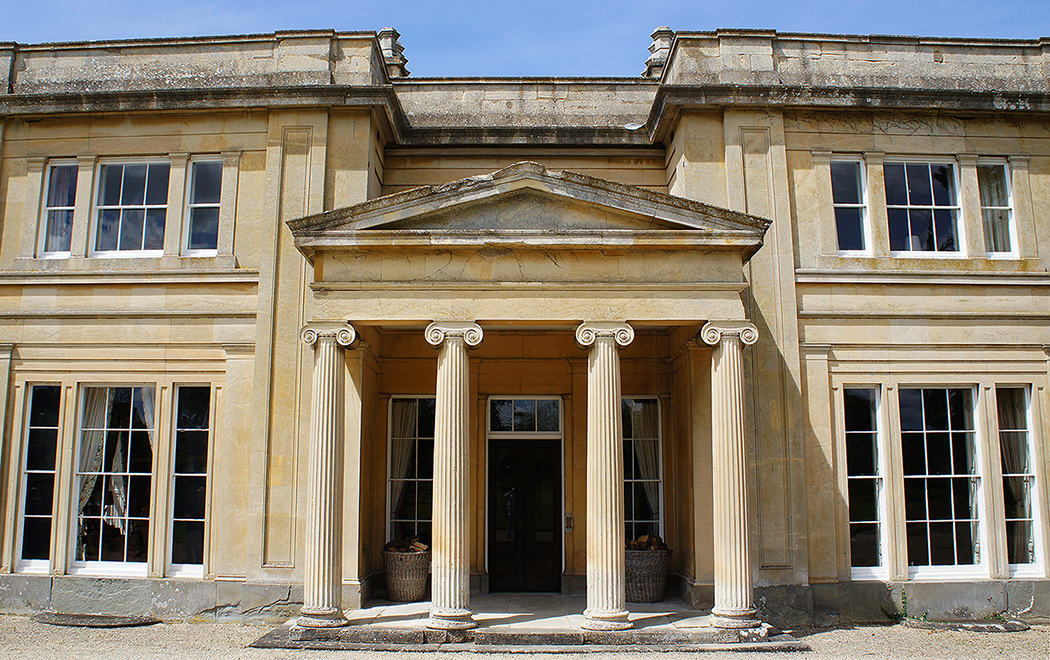 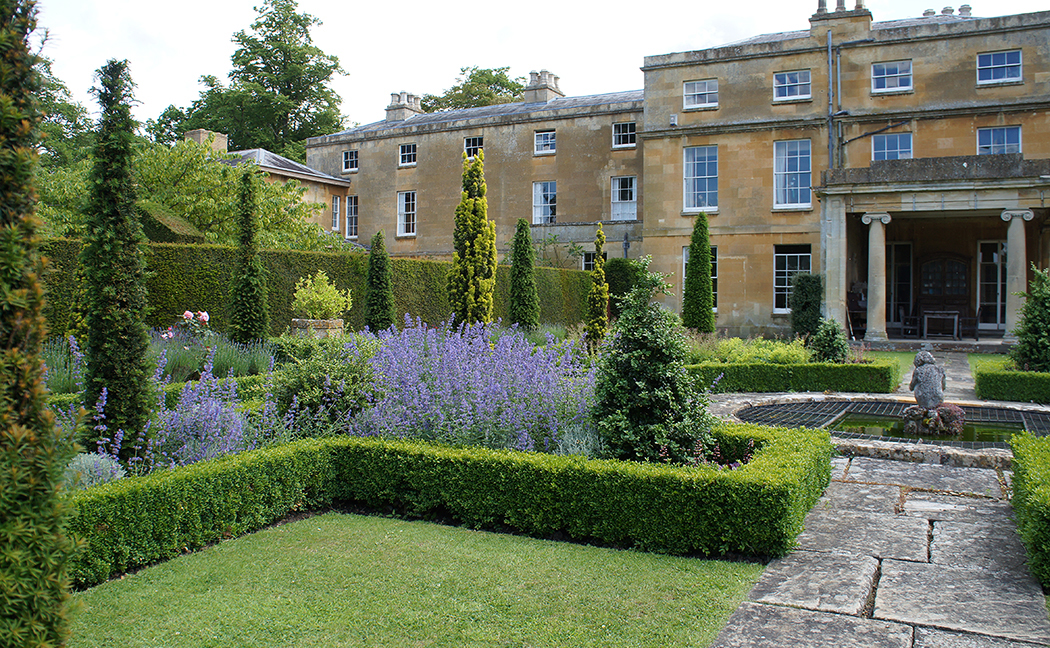 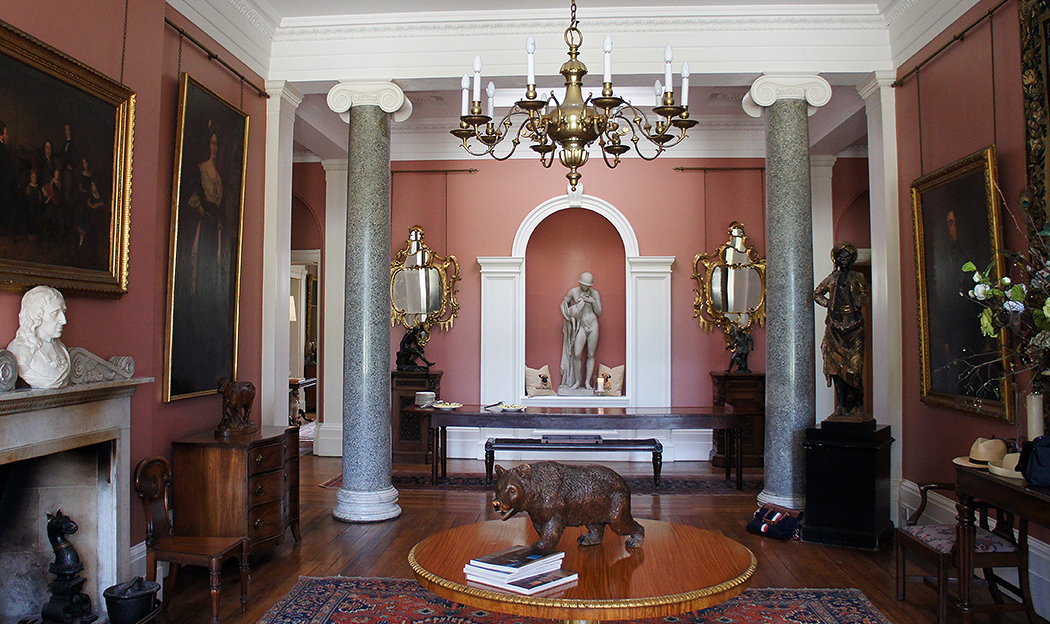 Wormington Grange is a house I could walk into and instantly call home. It's the perfect mix of grandeur and coziness.