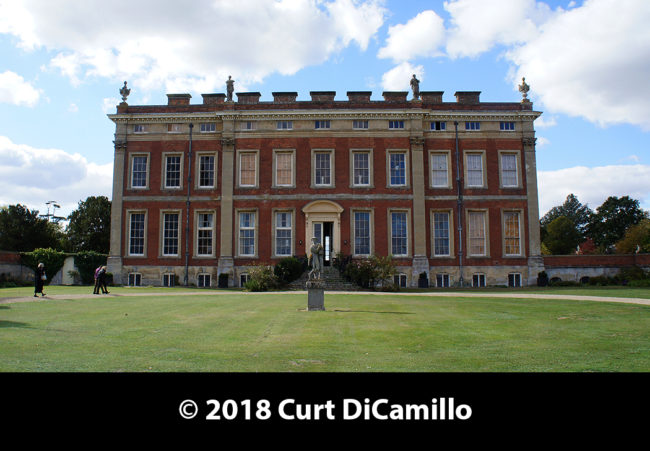 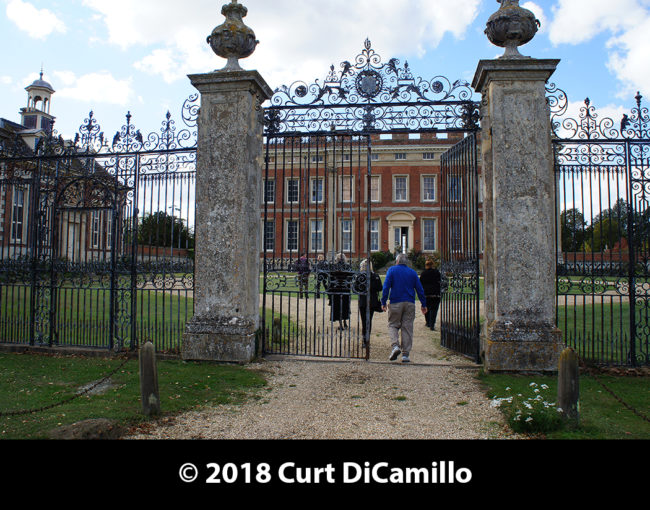 The Entrance Facade, with the South Pavilion to the left. 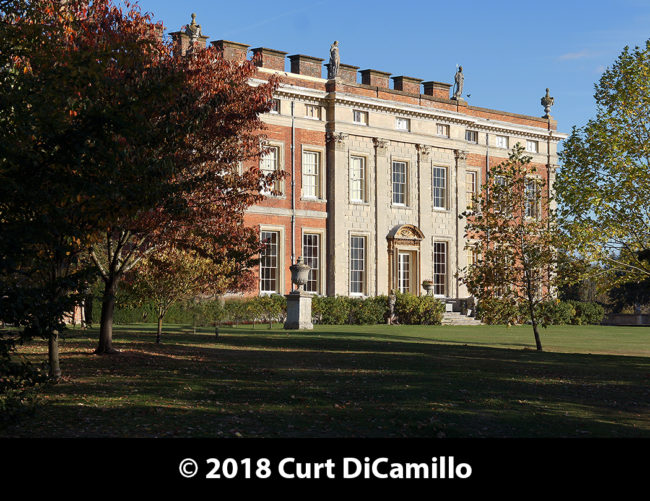 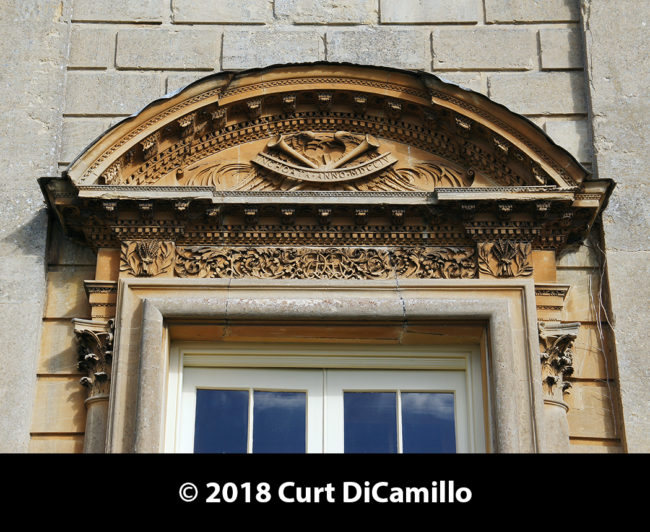 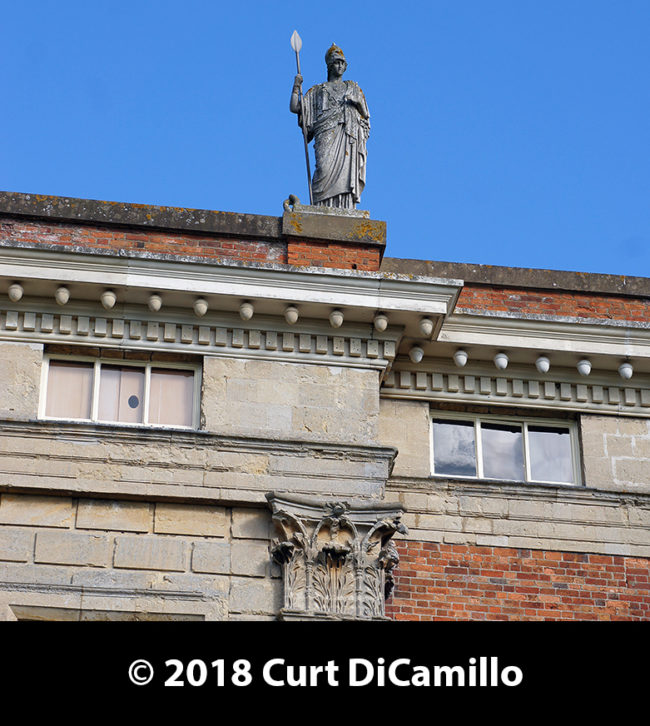 Statue of Britannia on the roof of the Garden Facade 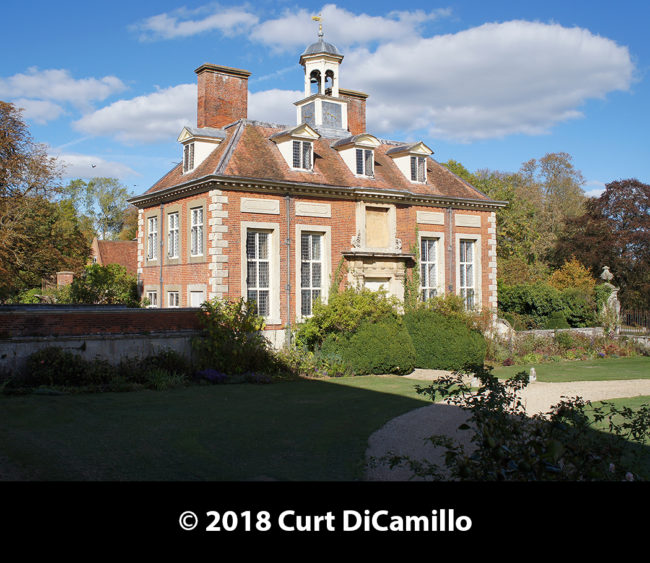 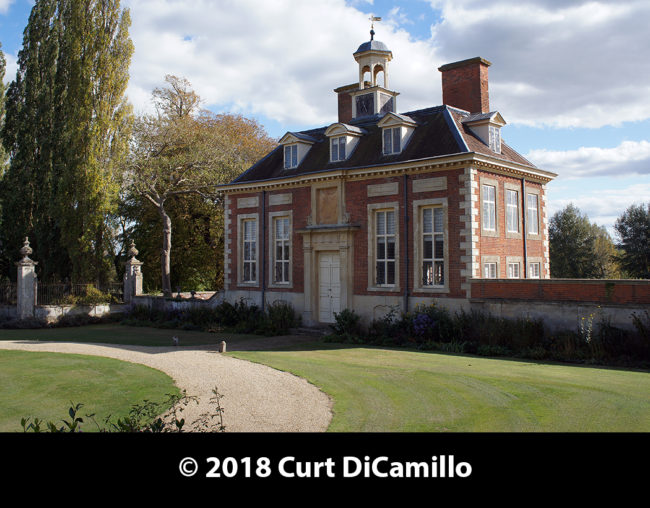 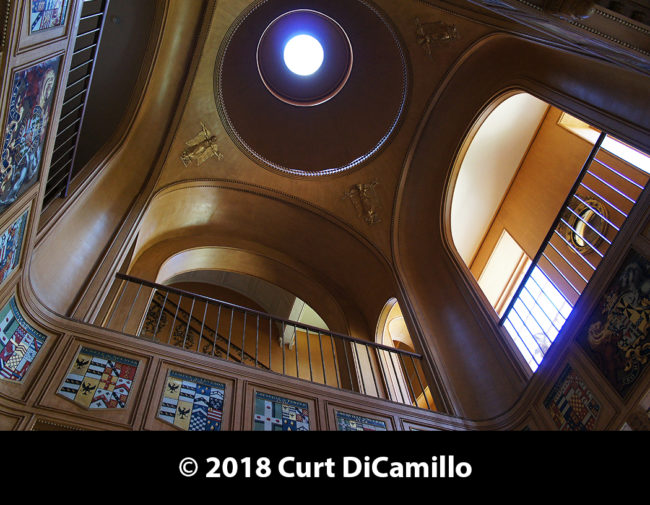 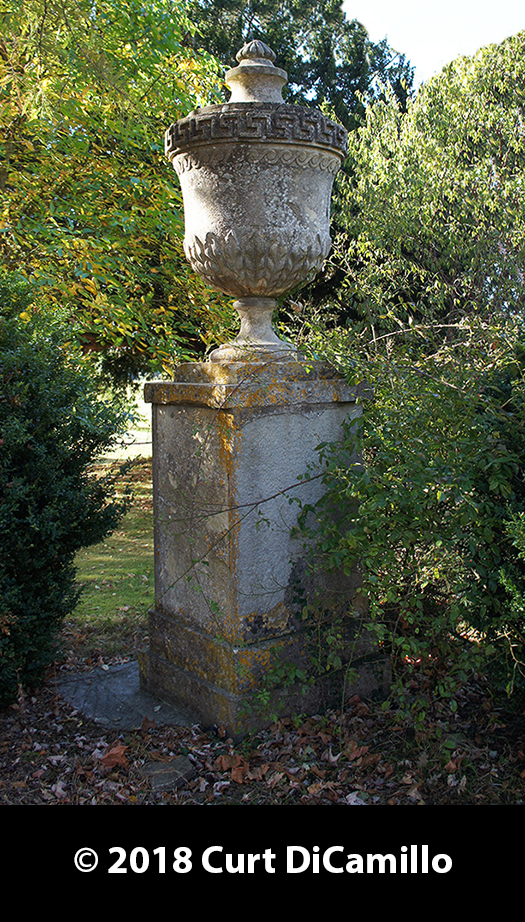 Urn in the garden 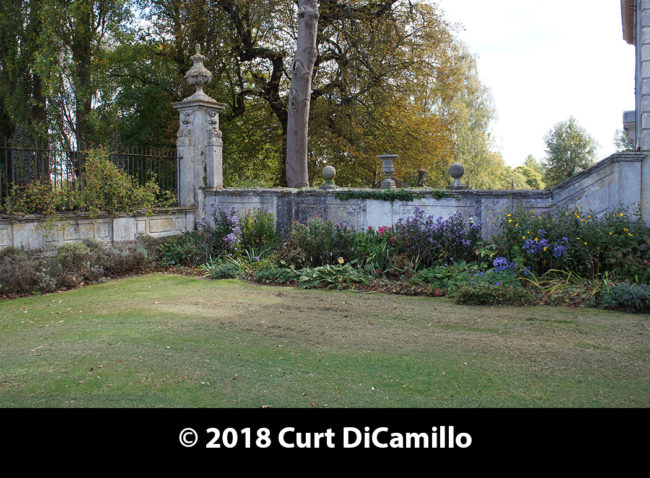