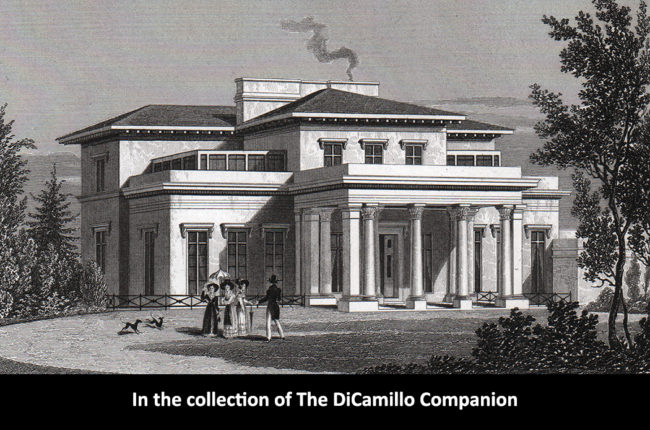 An 1828 steel-engraved print of the first house, Hertford Villa, from "Metropolitan Improvements; or London in the 19th Century."