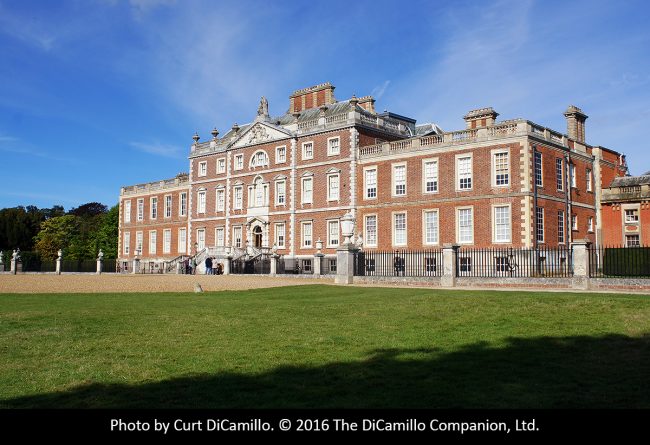 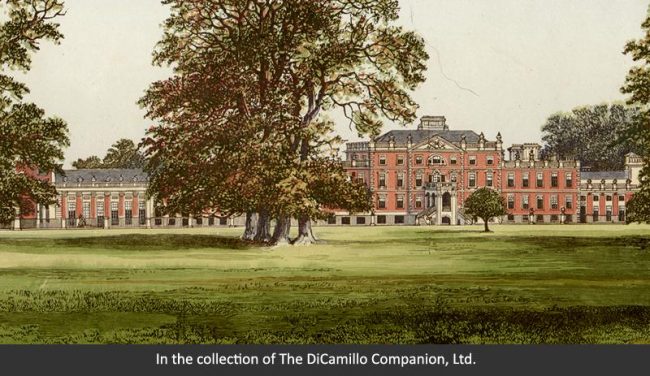 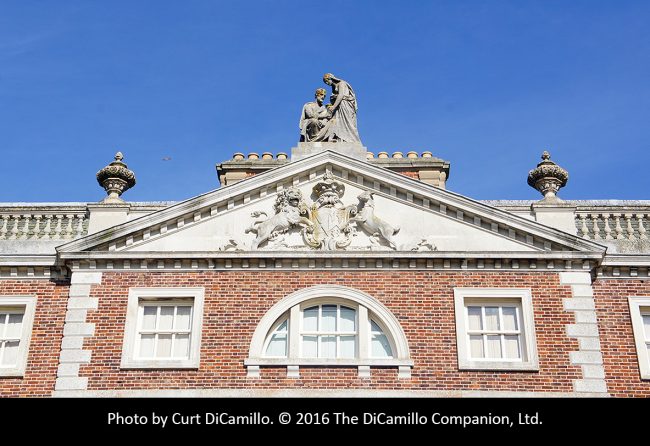 Pediment on the Entrance Facade 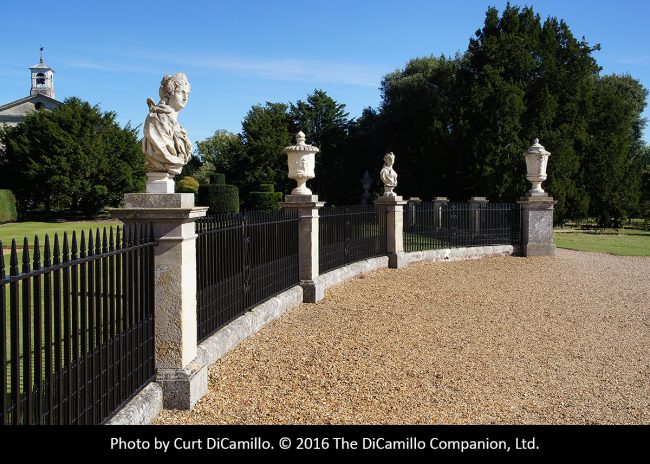 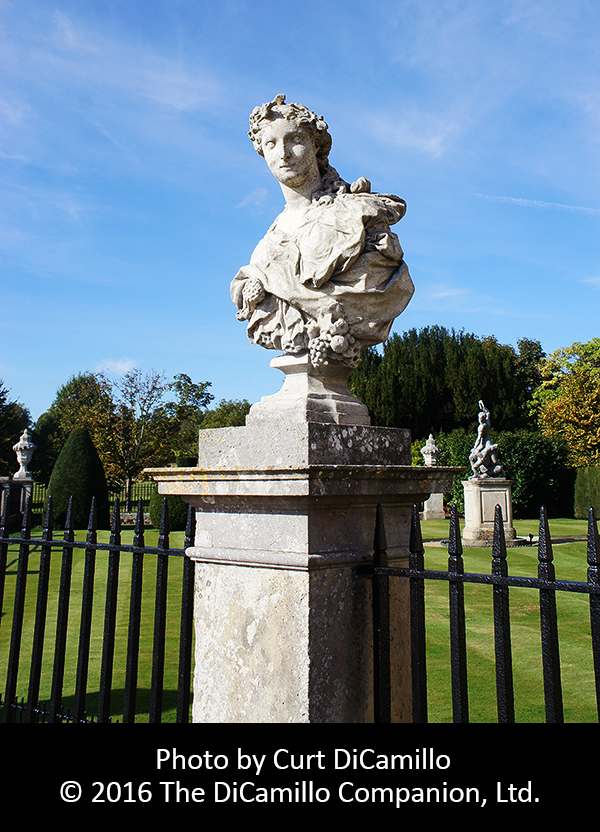 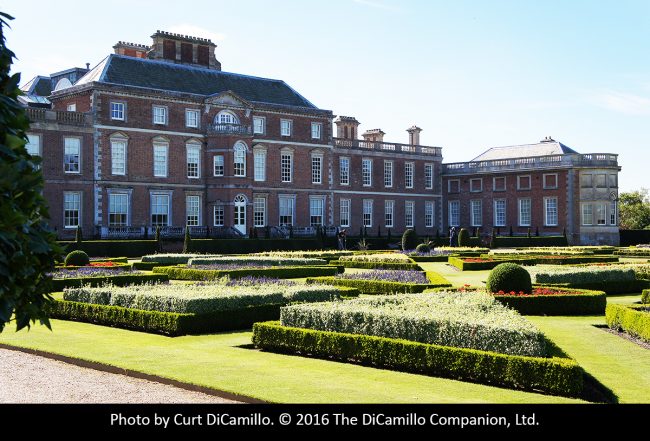 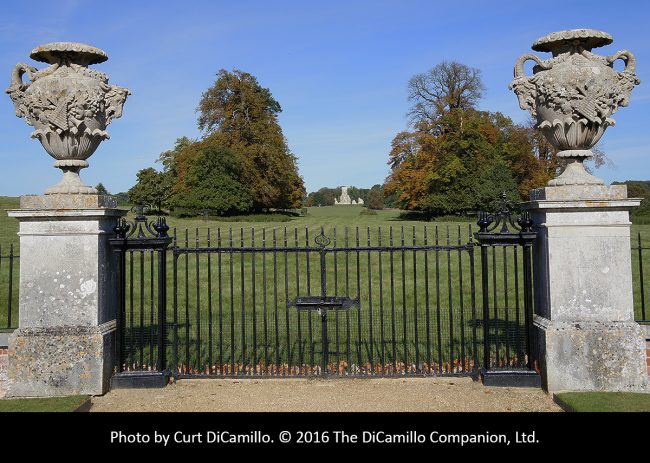 The rear gates, with the Gothic Temple in the distance. 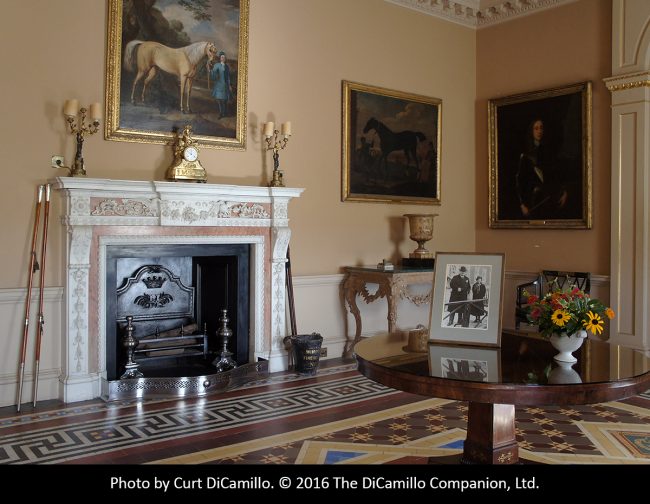 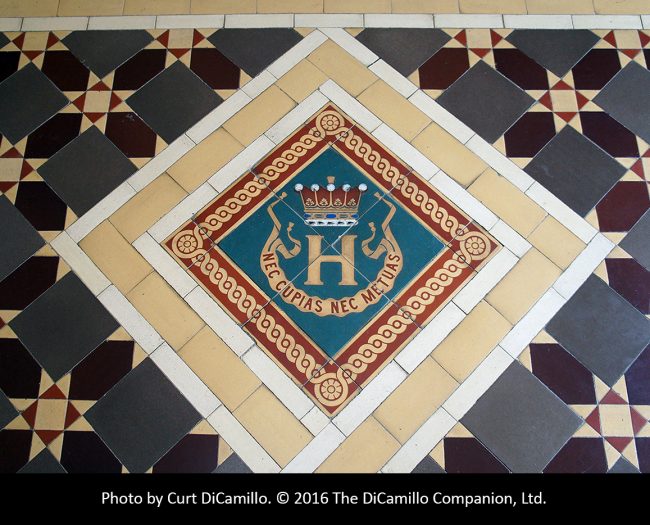 Detail of tile floor in the Entrance Hall 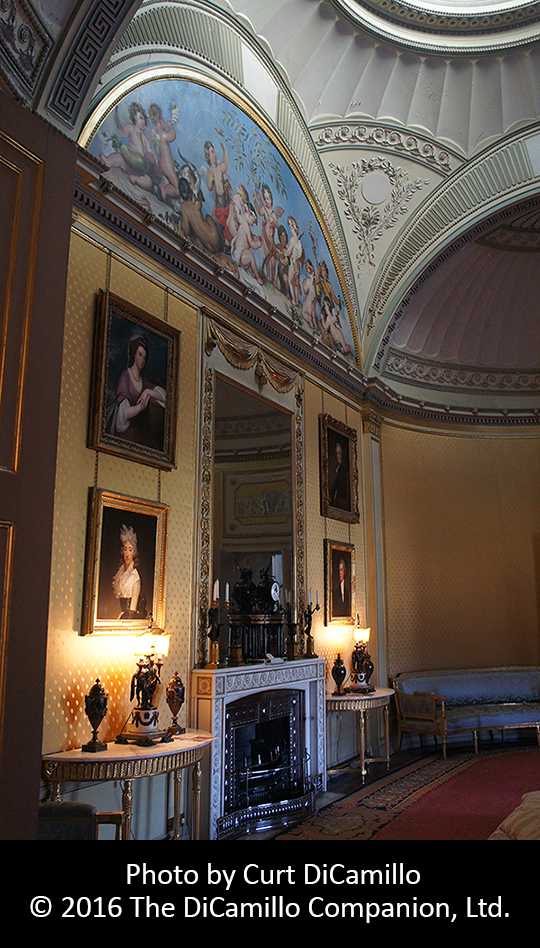 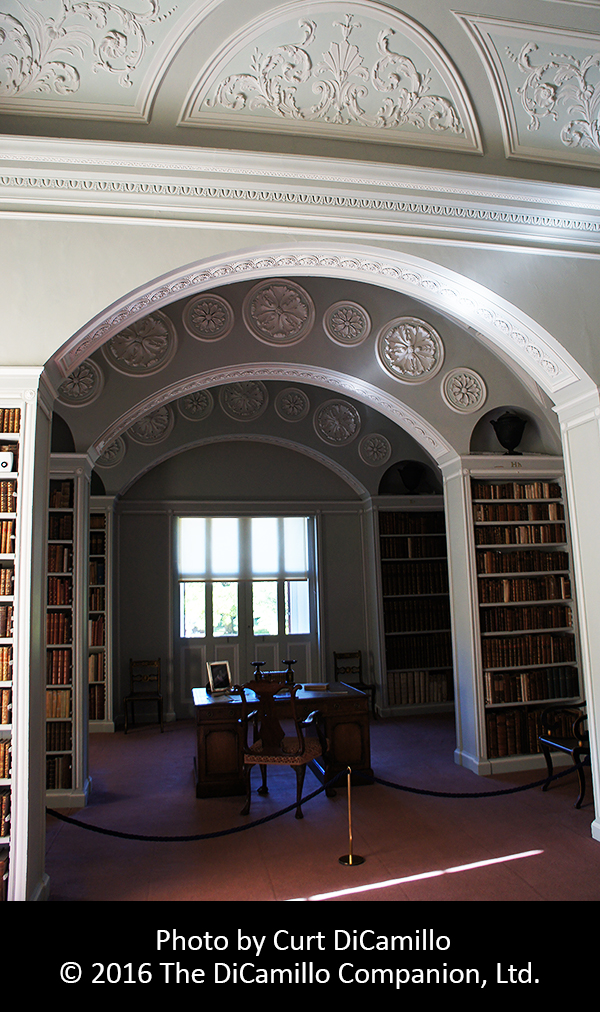 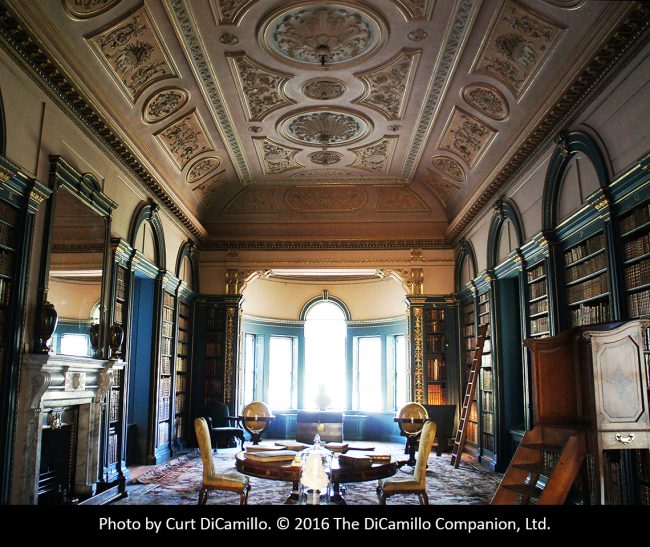 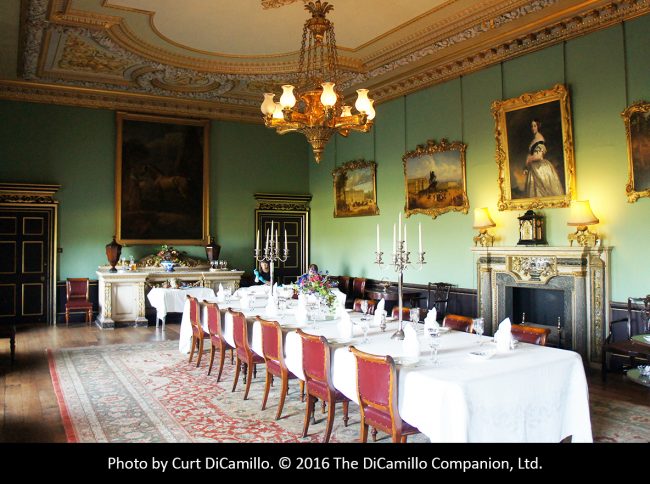 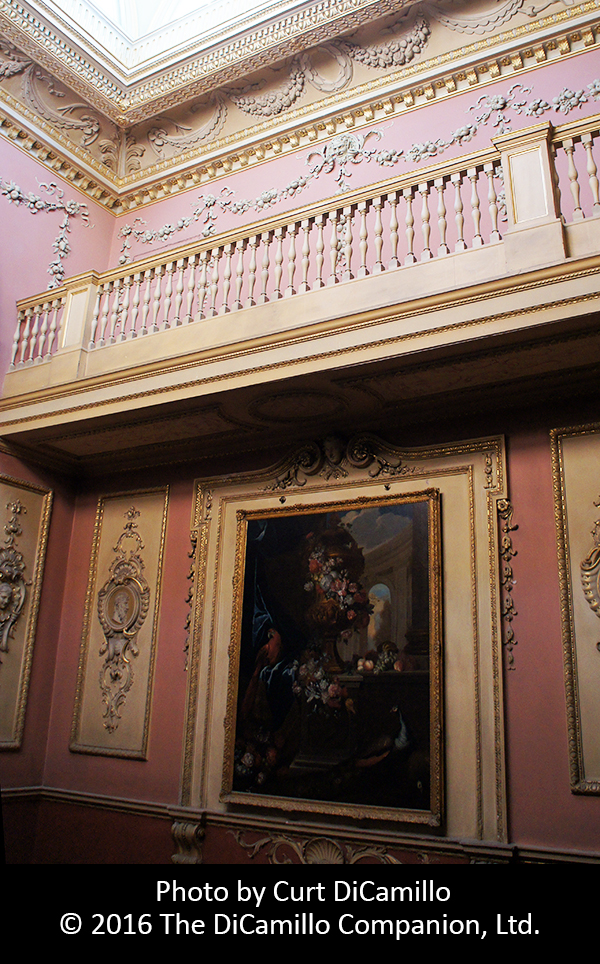 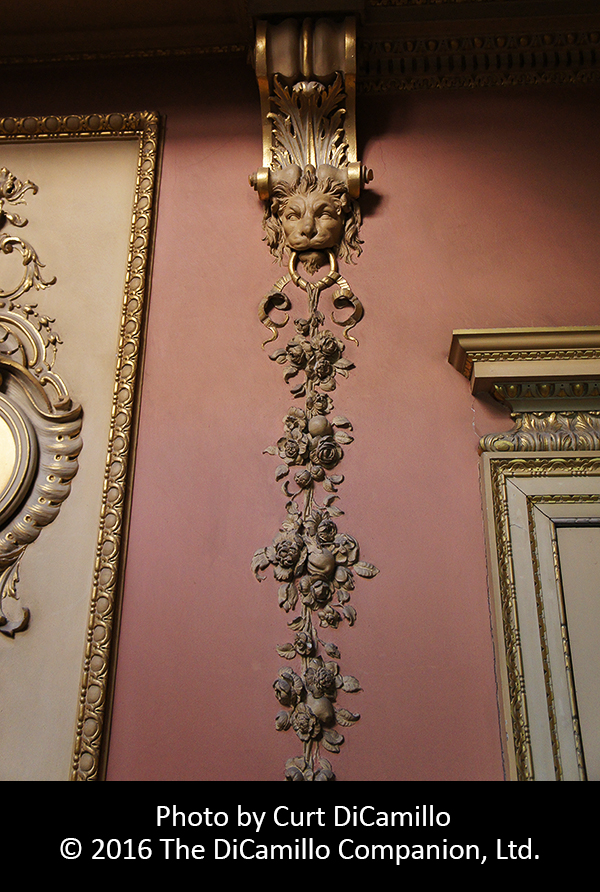 Plasterwork in the Staircase Hall 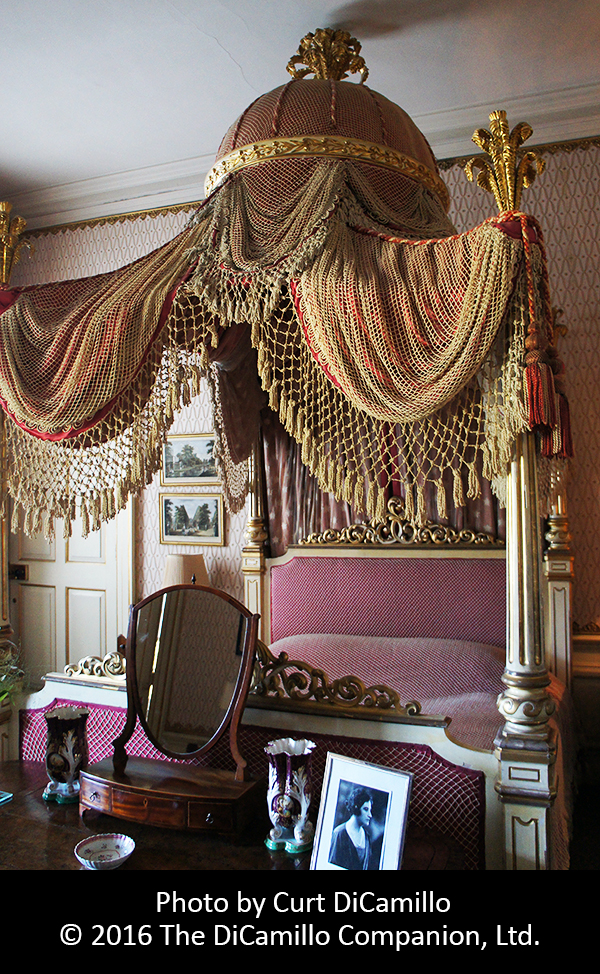 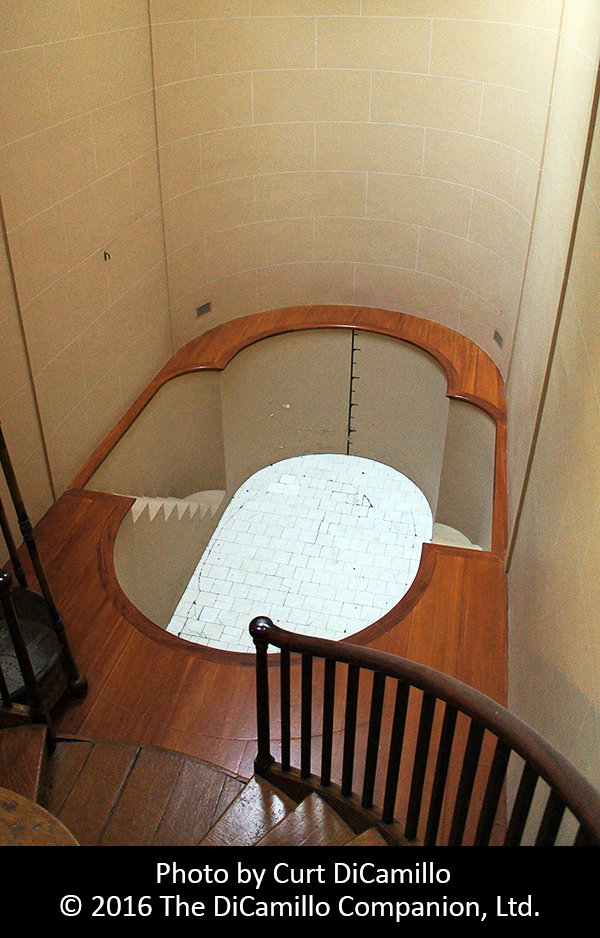 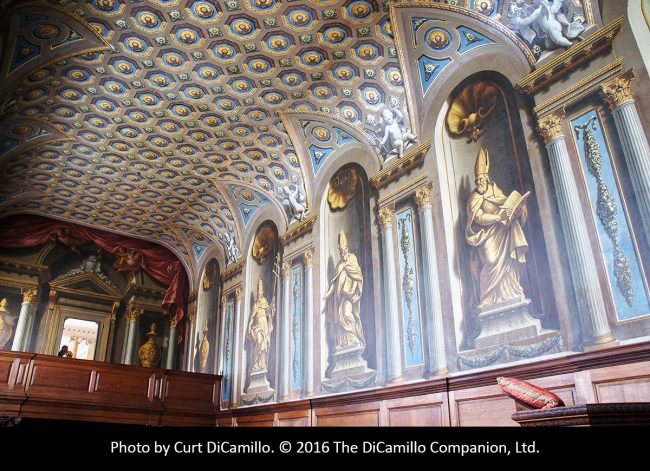 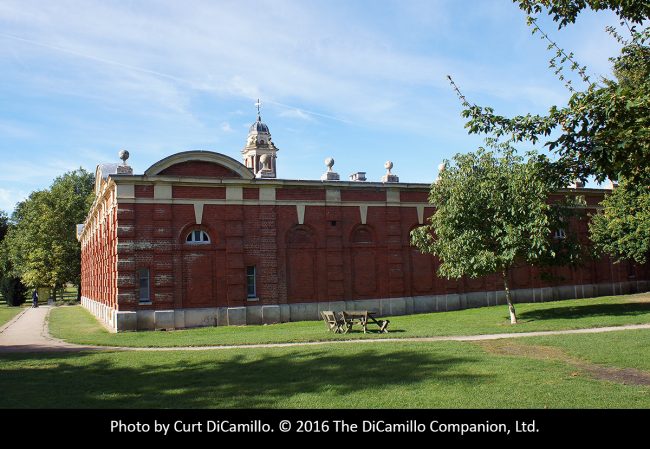 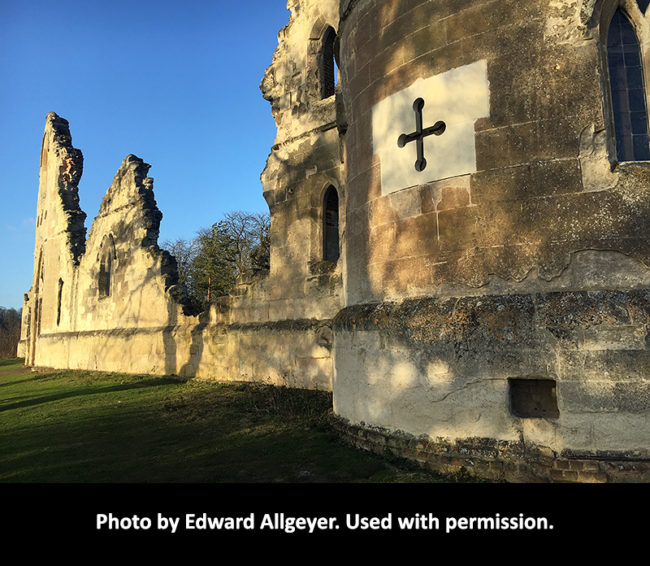 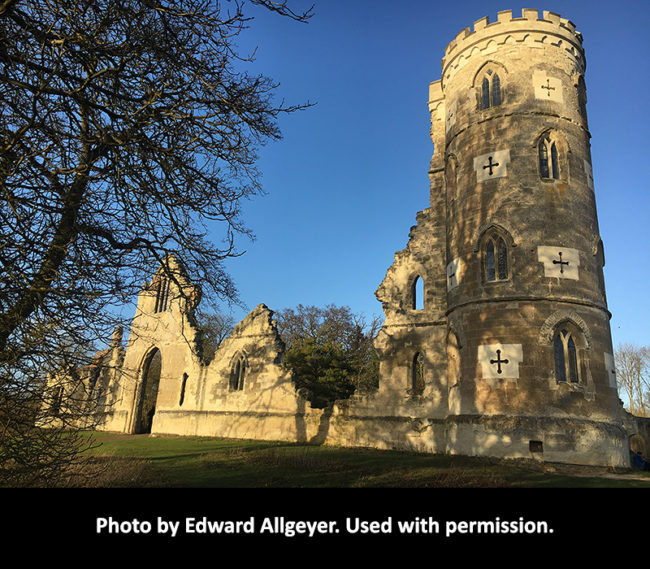 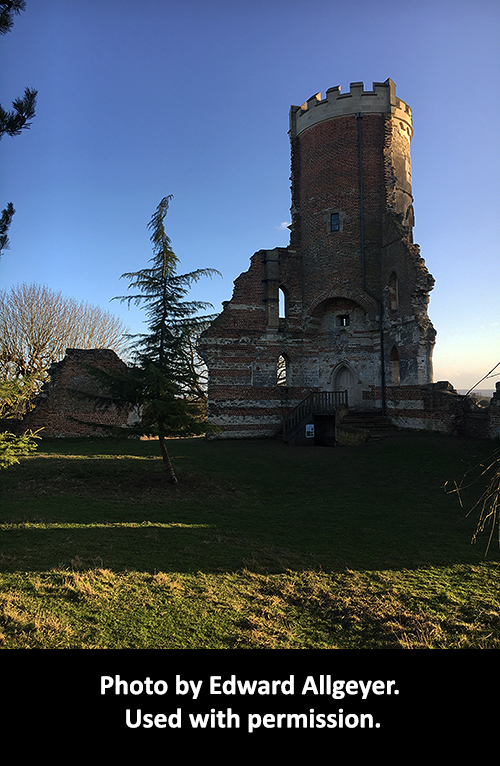 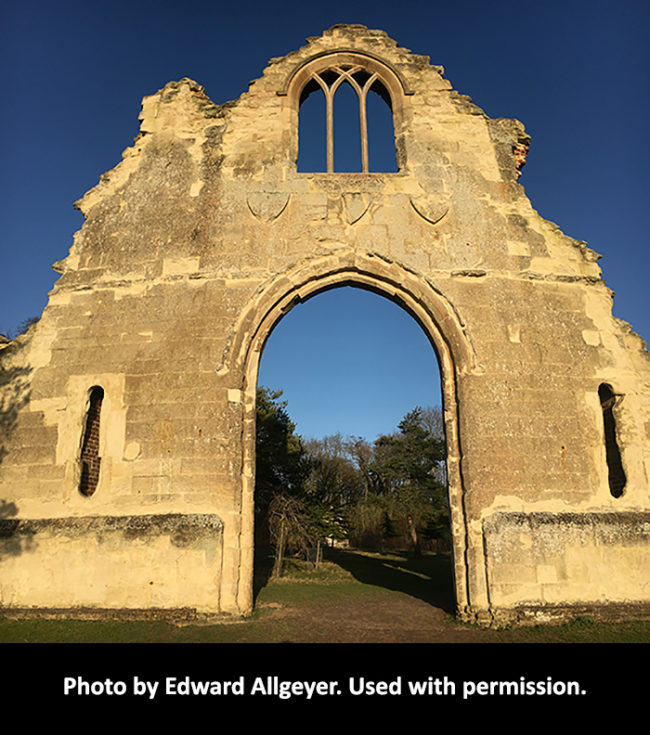