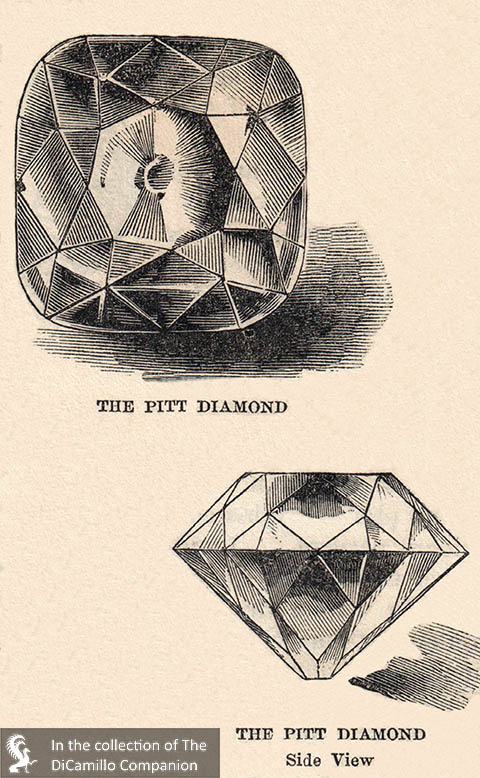 The Pitt Diamond from an 1866 issue of "Harper's New Monthly Magazine." The diamond, today called Le Regent, is in the collection of the Louvre.