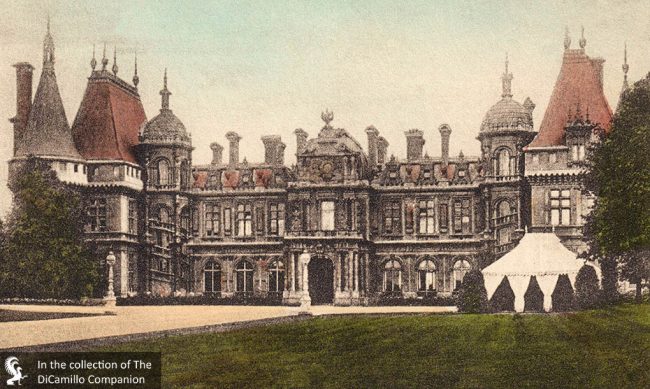 The entrance facade from a circa 1907 postcard 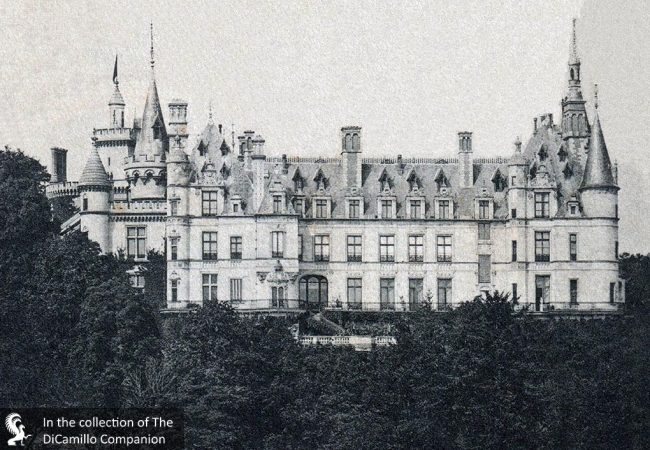 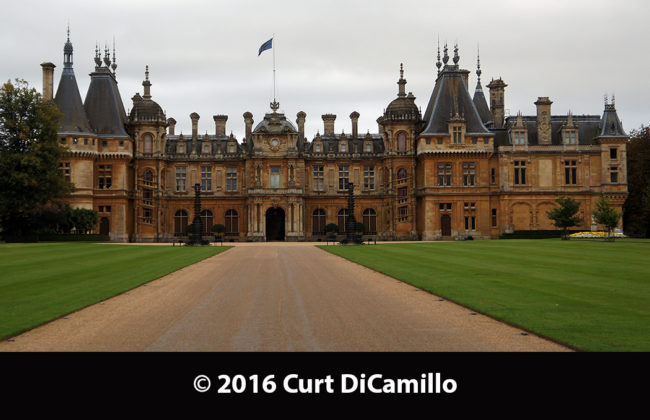 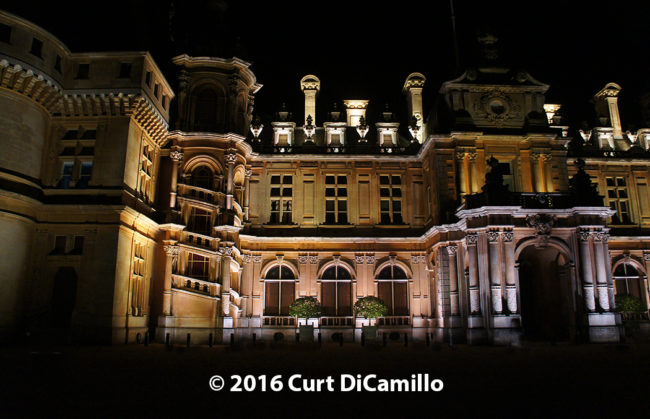 Left section of the entrance facade at night 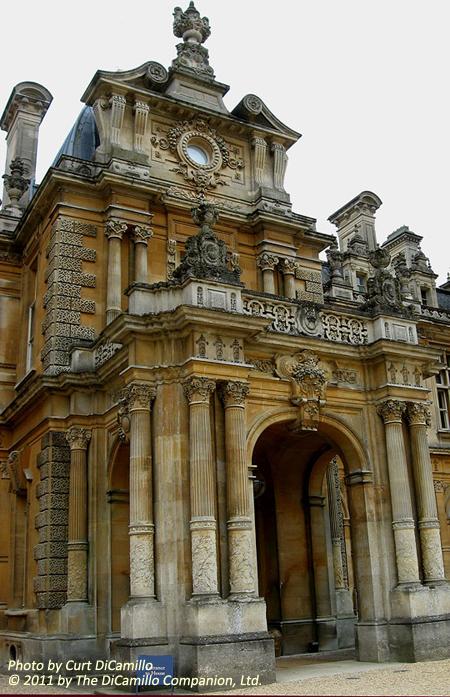 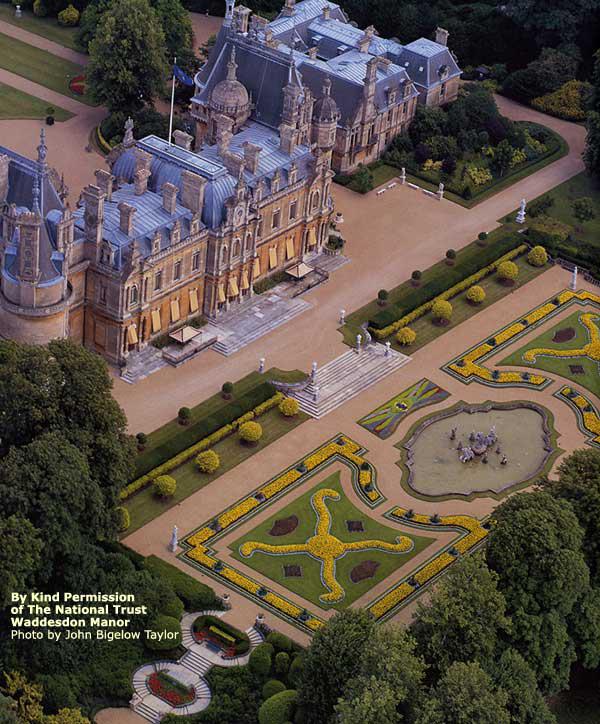 The garden facade from the air 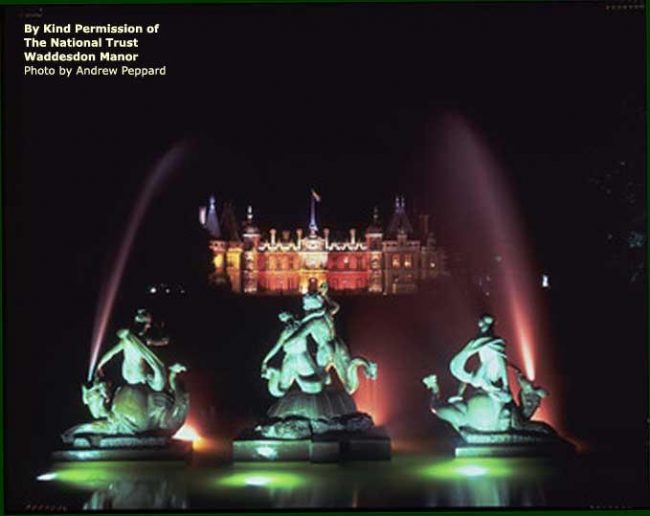 The garden facade, with fountain, at night. 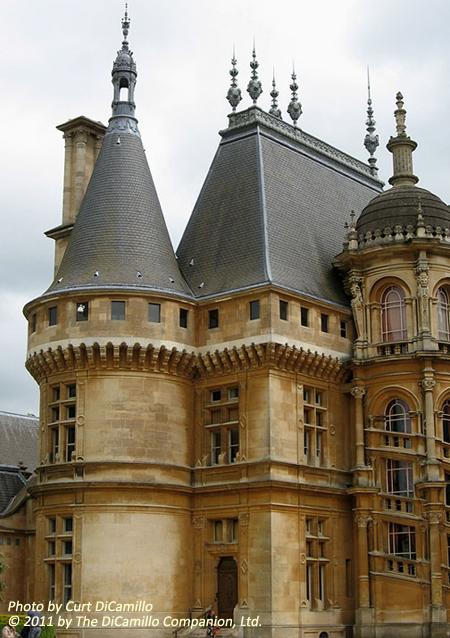 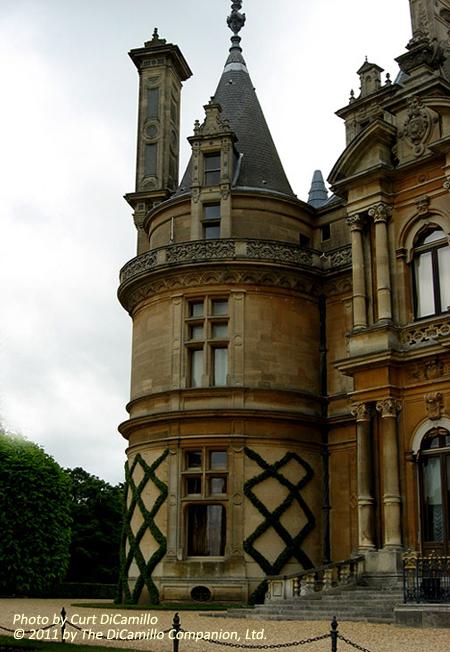 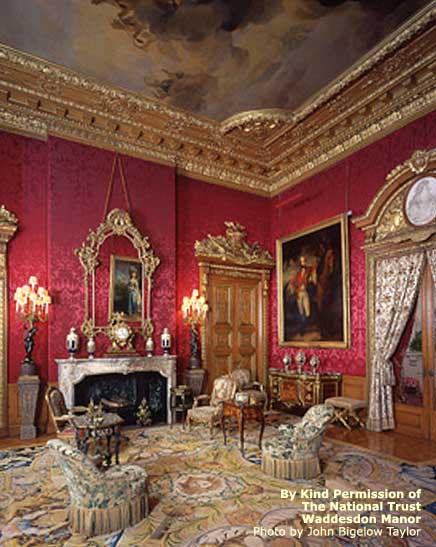 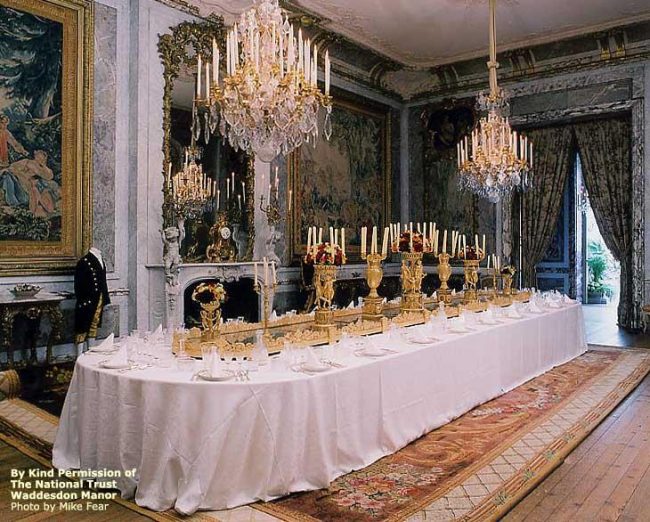 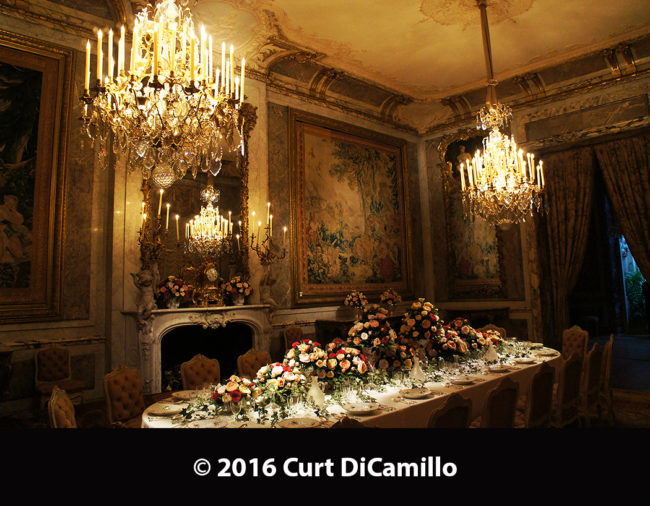 The dining room at night 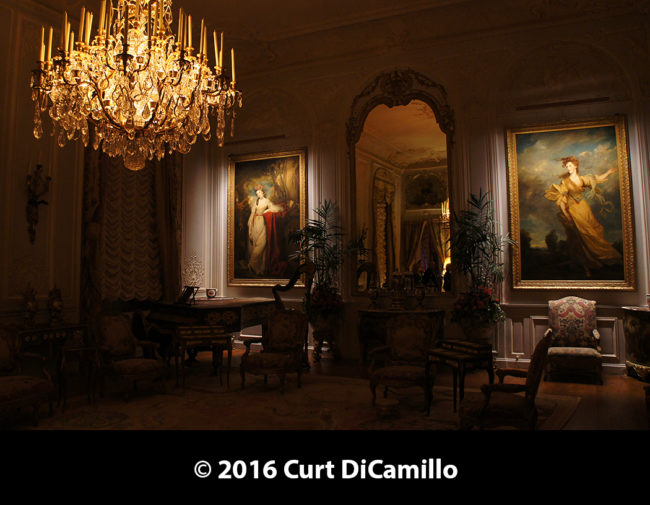 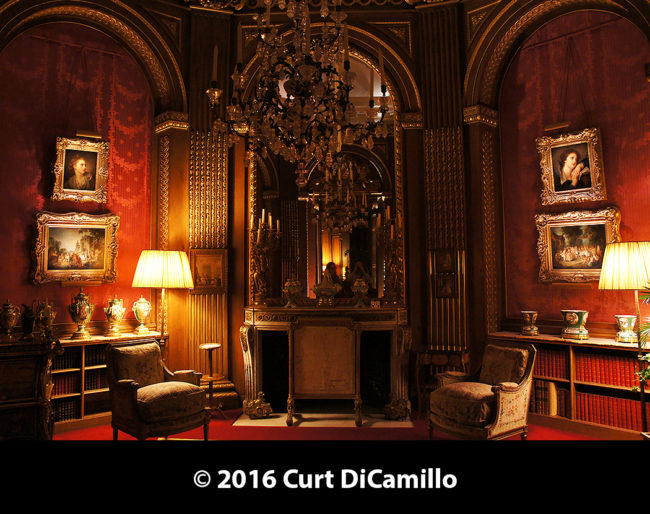 The tower drawing room at night 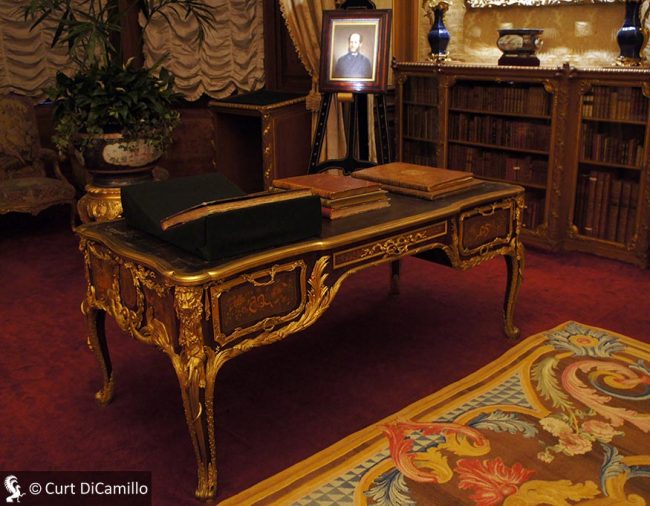 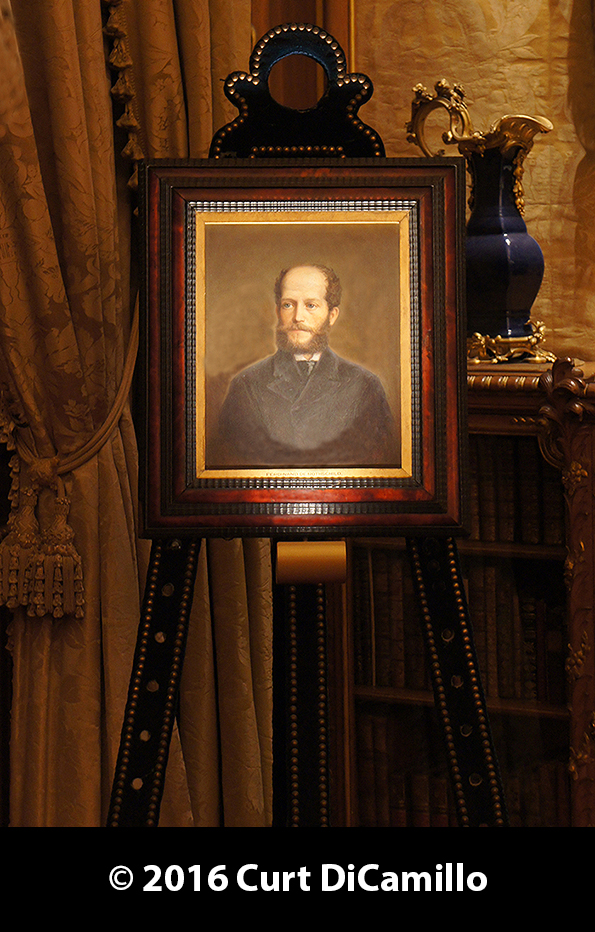 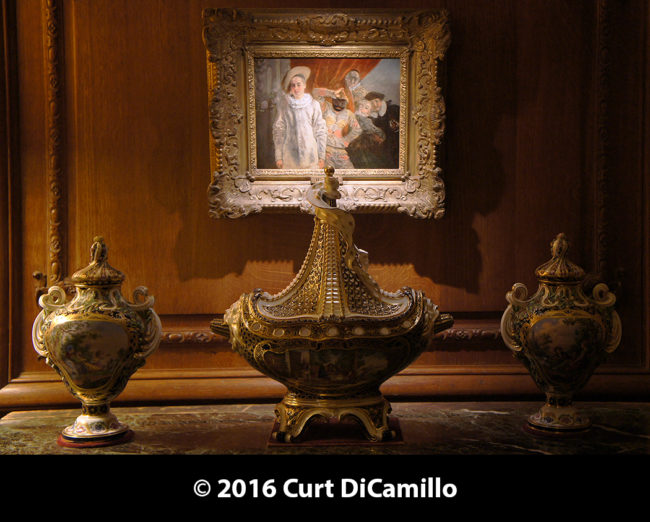 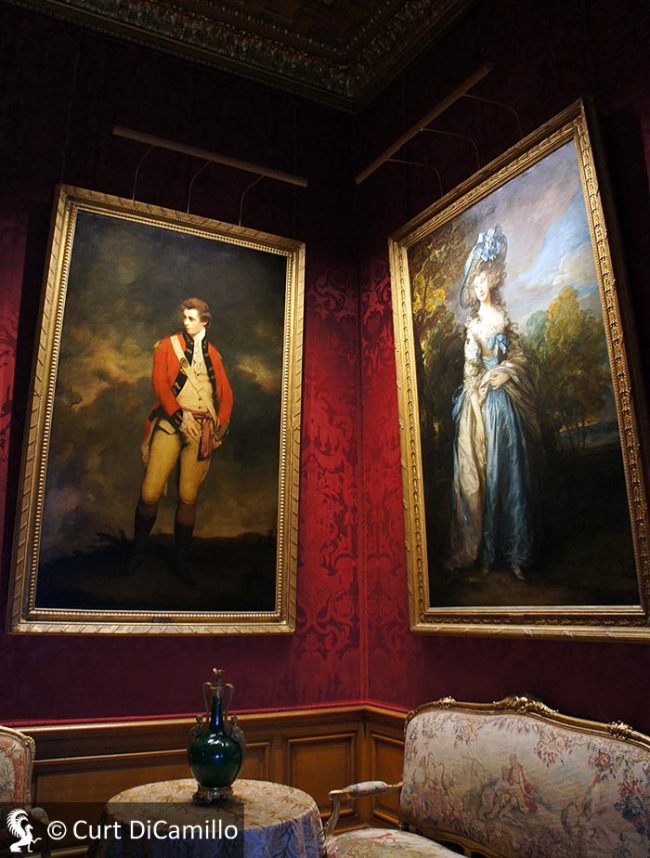 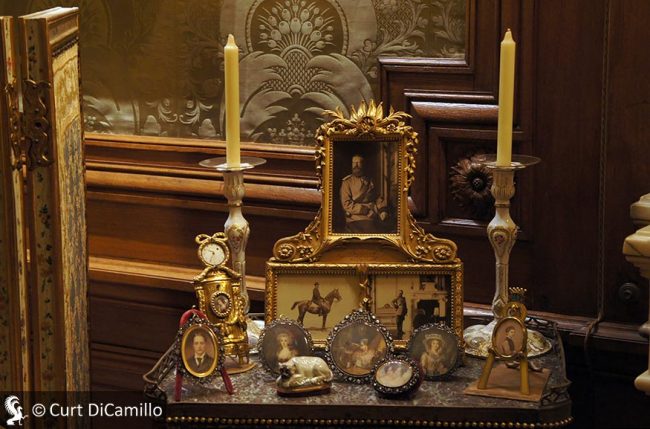 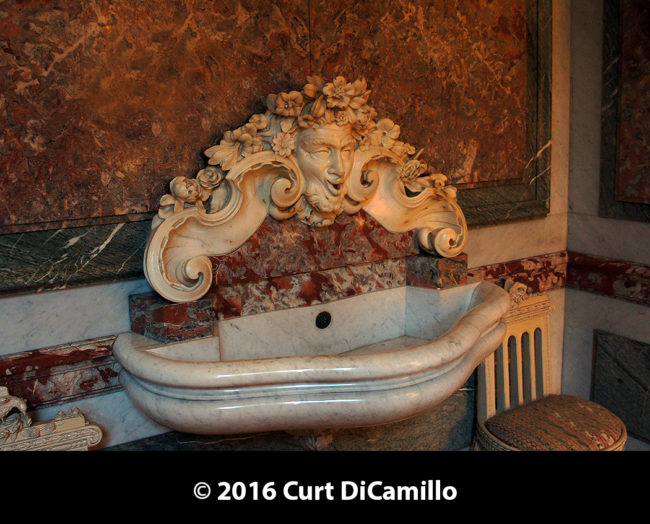 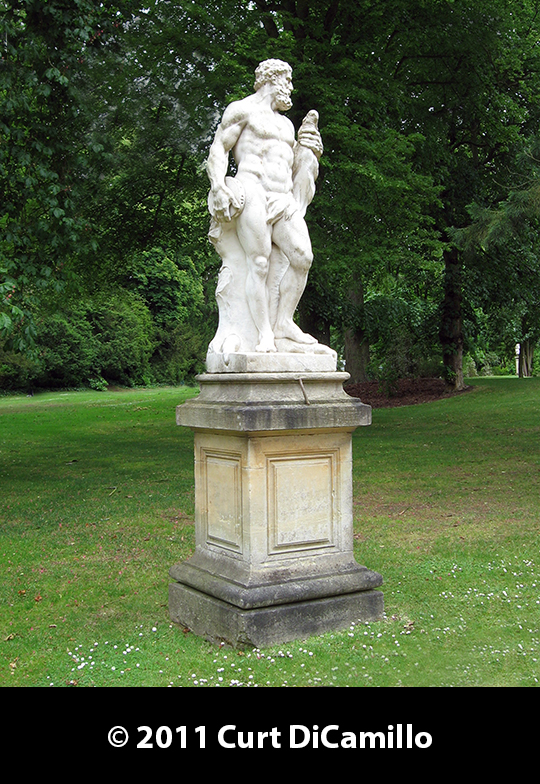 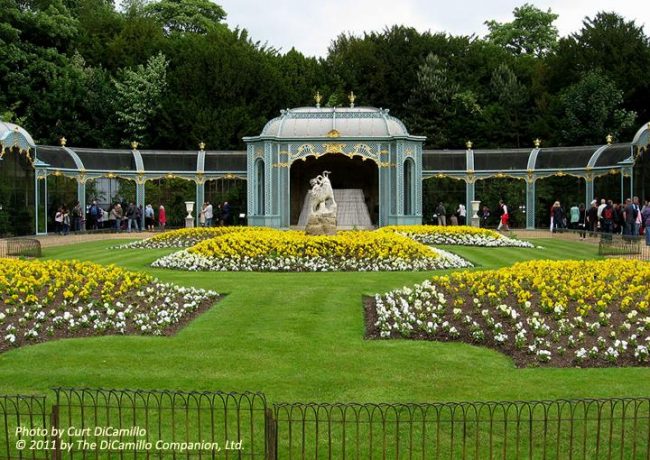 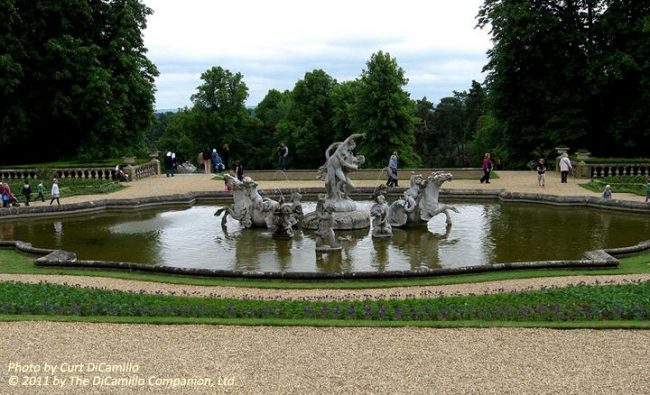 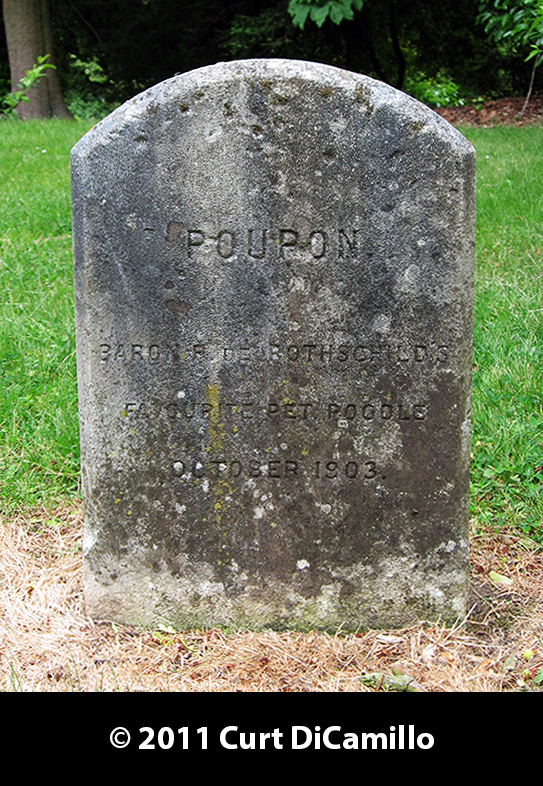