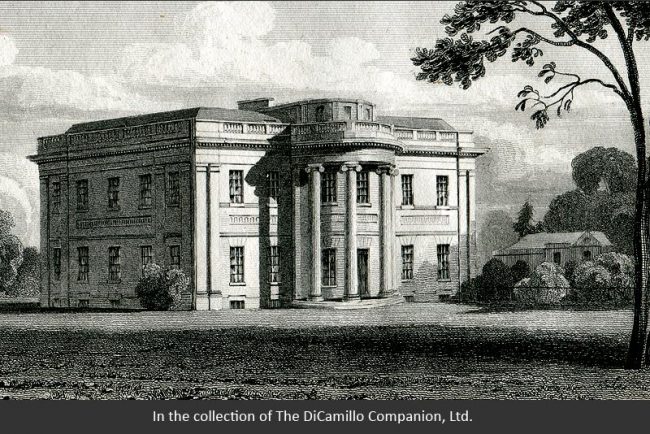 An 1820 engraving of the House from "Neale's Views of Seats." This view shows the House before the 20th century additions that added the dome.