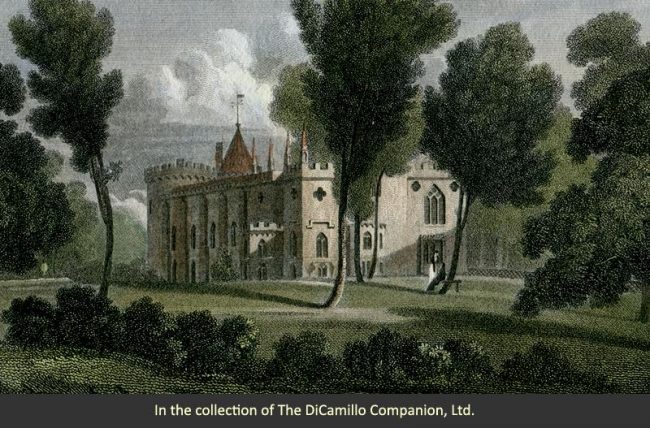 A hand-colored engraving of the House, shown during the occupation of Lady Waldegrave, from "Neale's Beauties of England and Wales," circa 1830s. 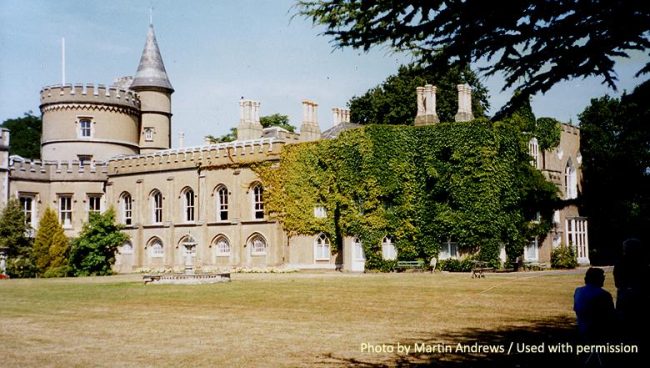 The House before restoration 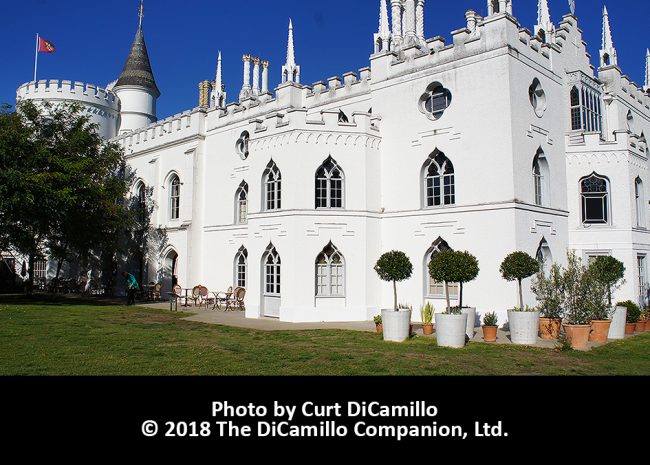 The House after restoration 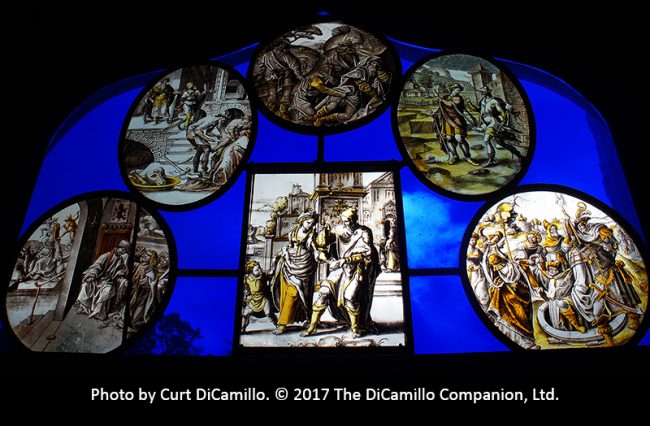 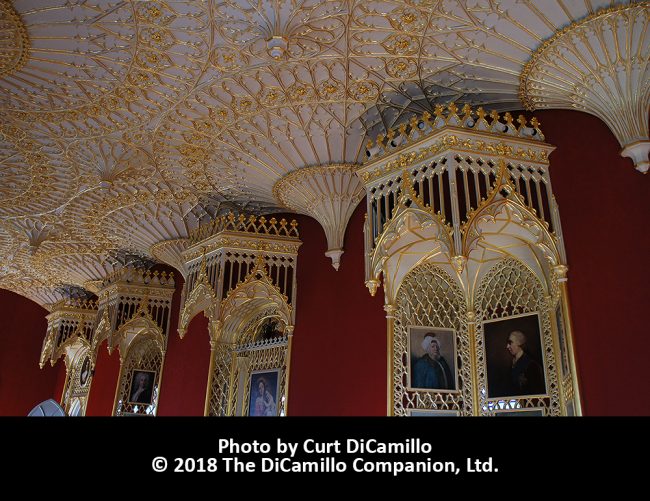 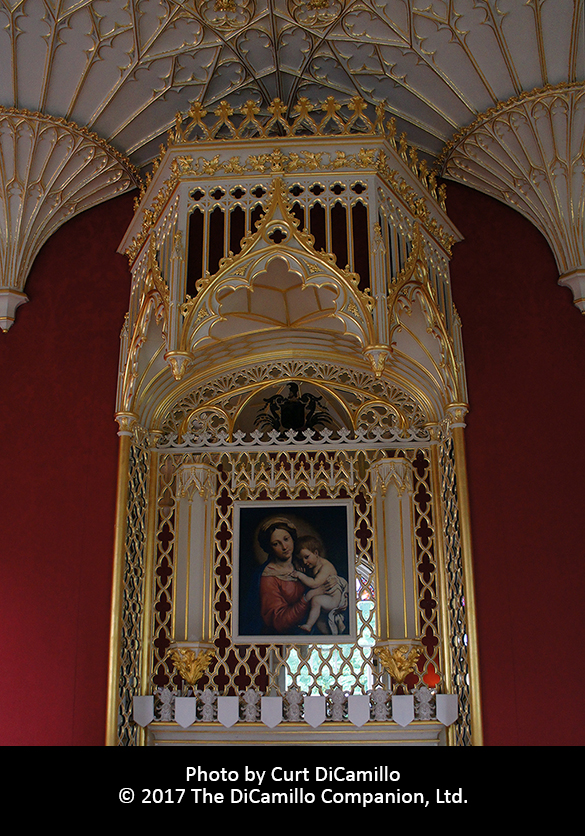 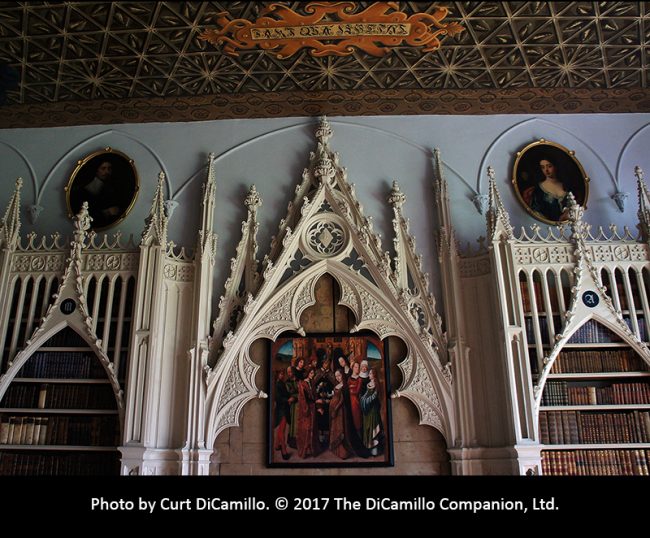 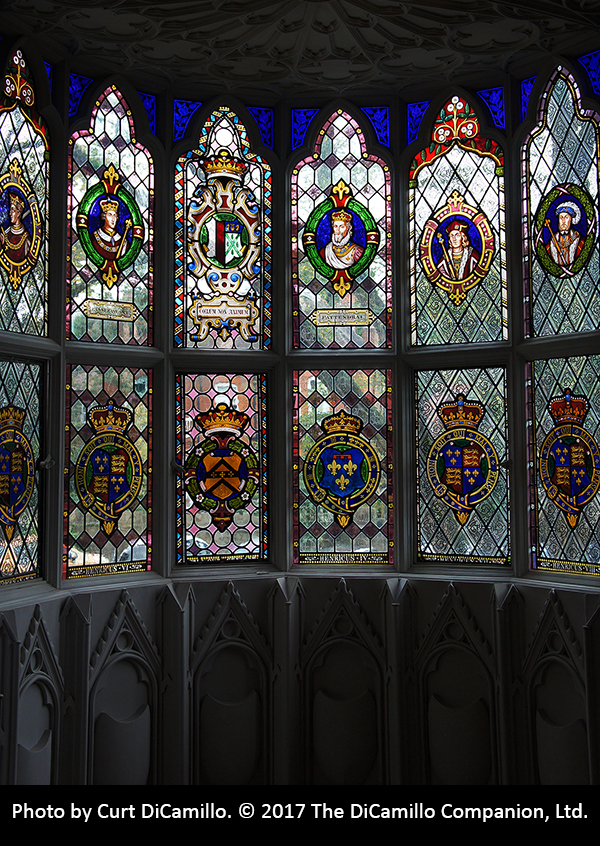 Stained glass window in the Round Drawing Room 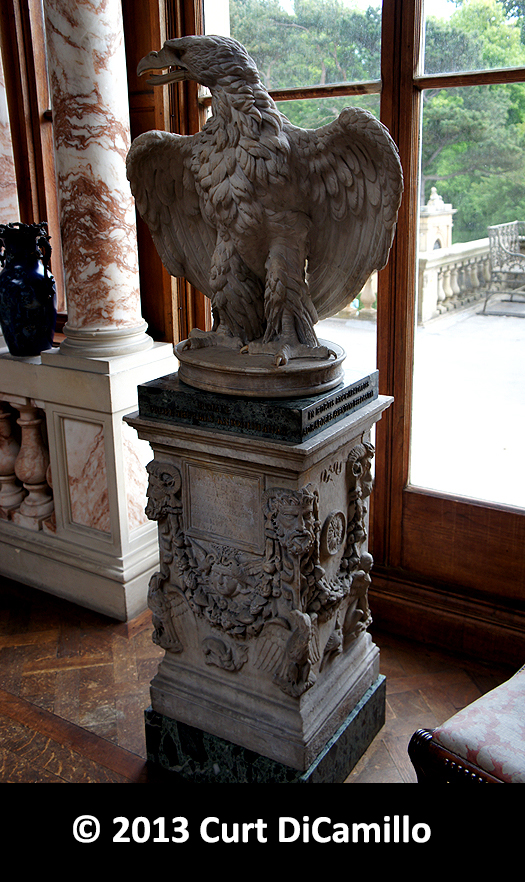 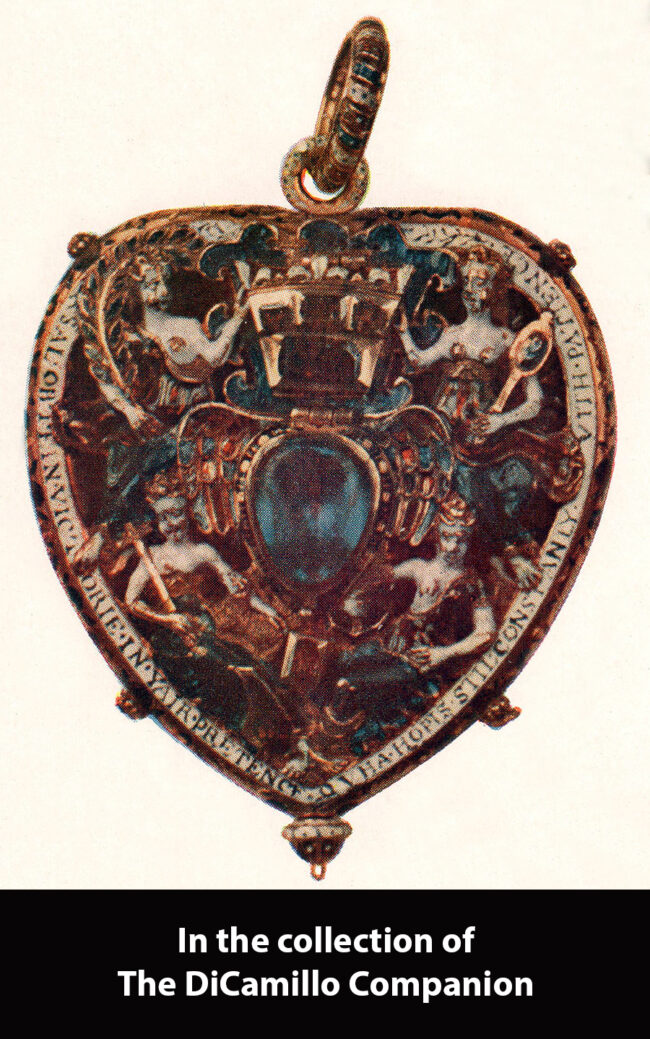 The Darnley Jewel (circa 1571-78) from a circa 1905 photograph. Today in the Royal Collection and displayed at Holyrood Palace.