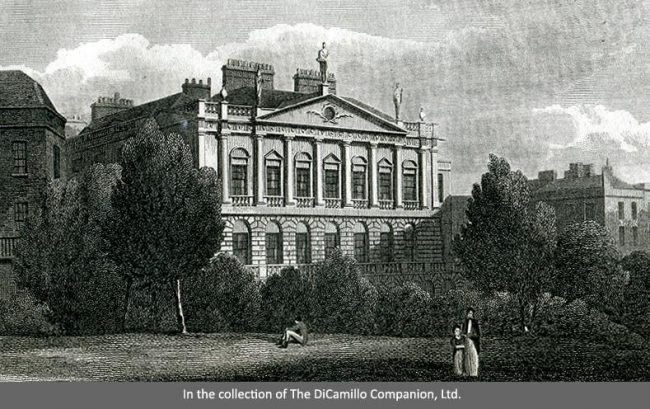 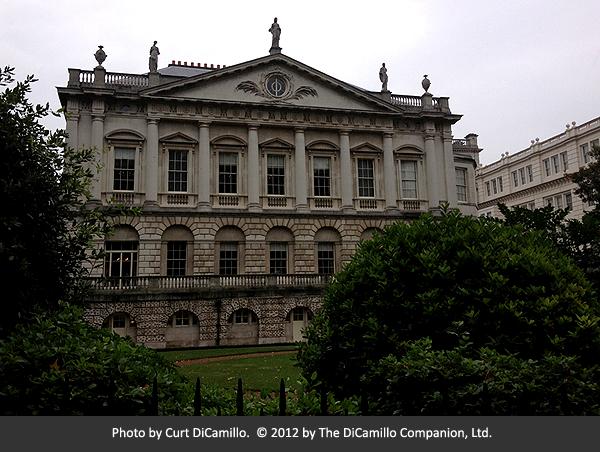 The House from Green Park, with Bridgewater House to the right. 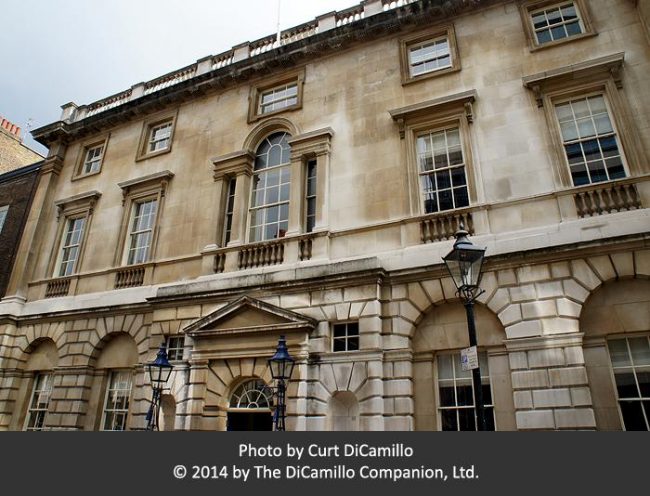 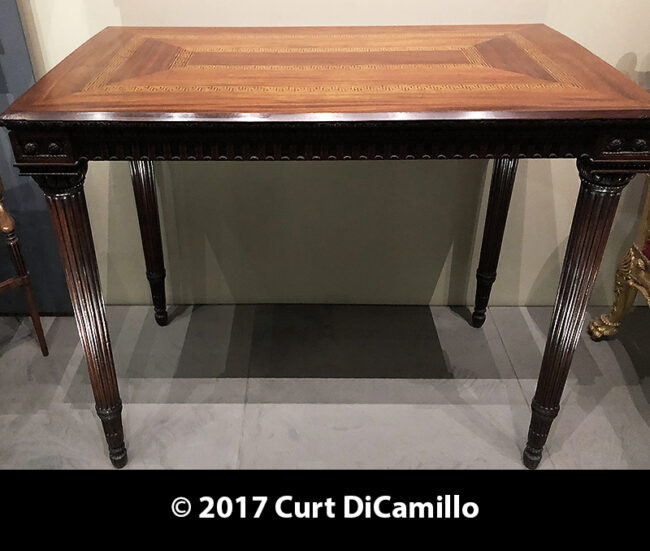 Circa 1760 Neoclassical table designed by Athenian Stuart for lady Spencer's bedroom, today in the collection of the V&A.