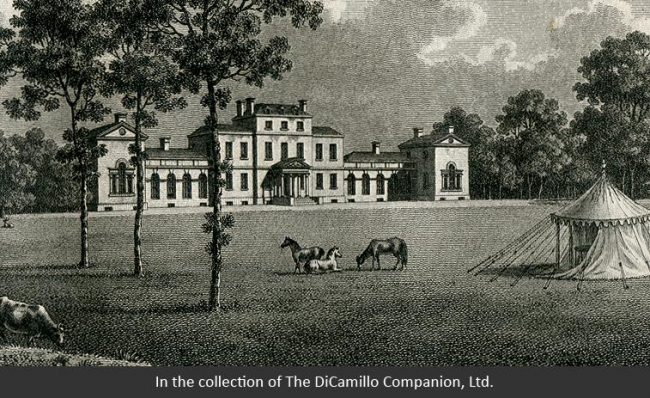 A 1782 engraving of the house before its rebuilding by Holland. From "Watts' Seats of the Nobility and Gentry."