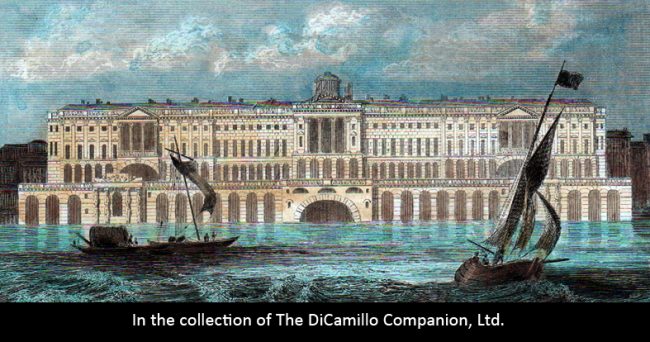 New Somerset House (the current house) from the Thames. From a hand-colored 1842 French engraving. 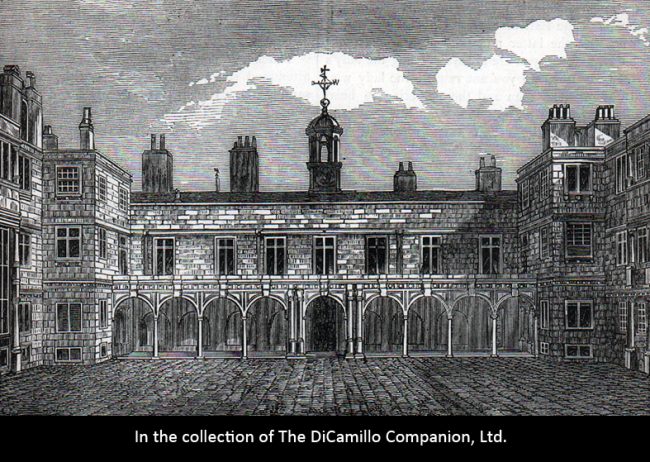 Courtyard of Old Somerset House from a circa 1880 illustration 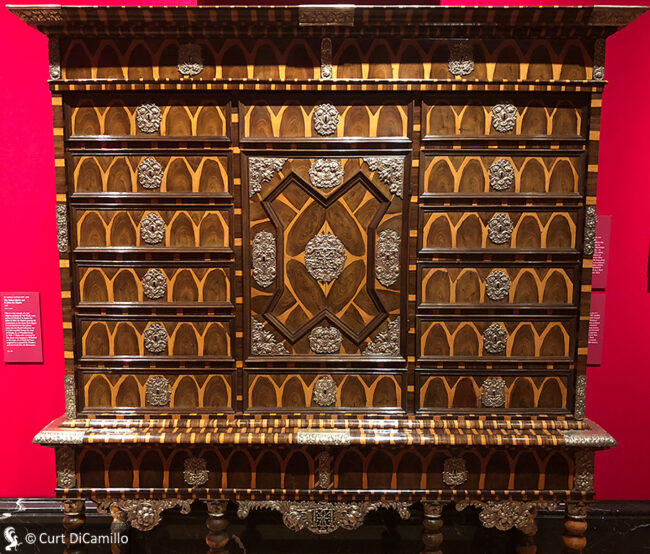 Cabinet on stand, one of a pair made for Henrietta Maria for use at Old Somerset House. English, 1660-69. In the collection of the Fitzwilliam Museum, Cambridge. 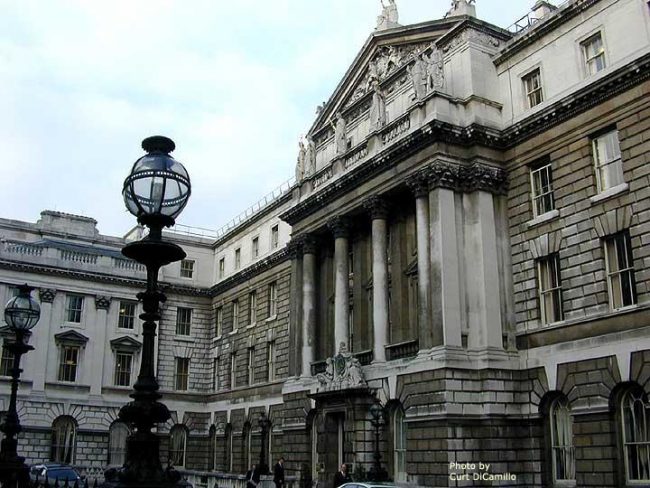 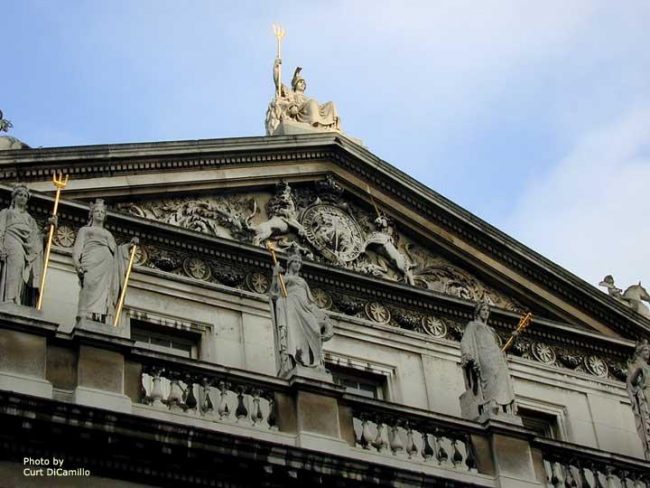 The pediment of the former Inland Revenue entrance, with Britannia reigning from the rooftop. 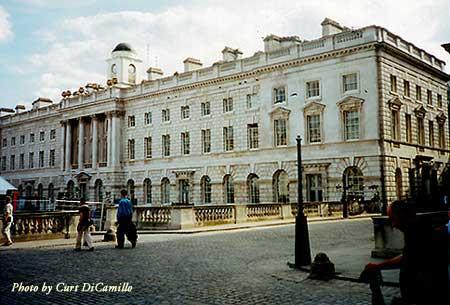 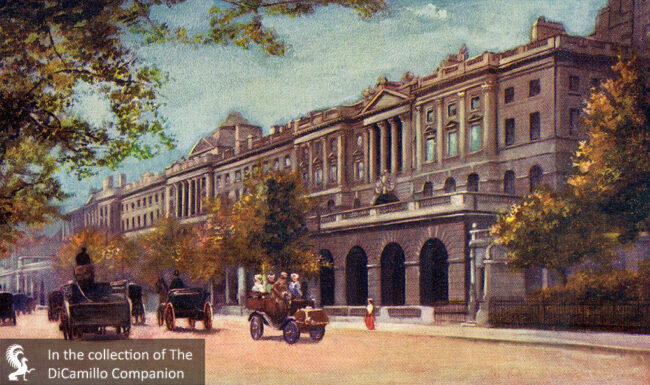 The Embankment facade from a circa 1912 postcard 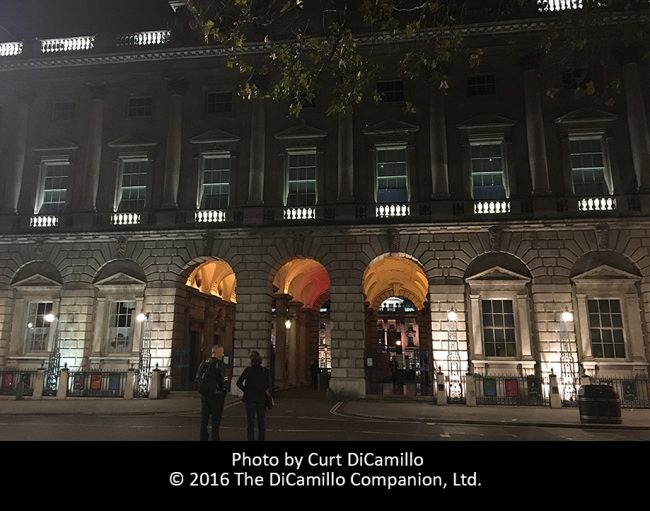 The Strand entrance at night 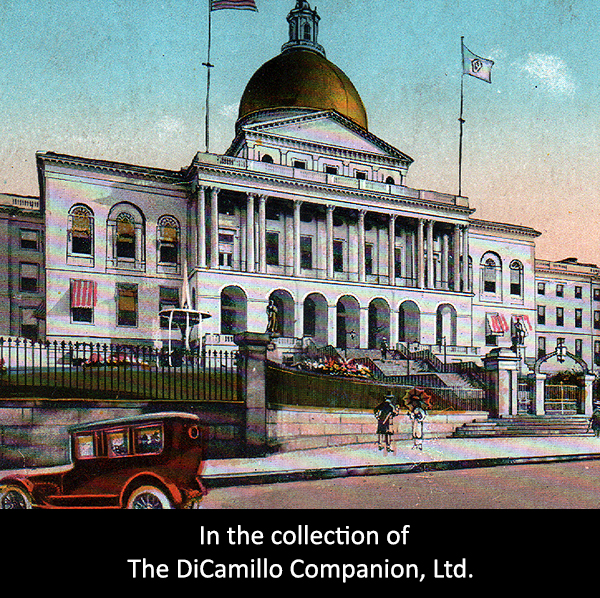 The Massachusetts State House, Boston, from a circa 1920 postcard. This state capitol building was modeled on Chambers's Somerset House. 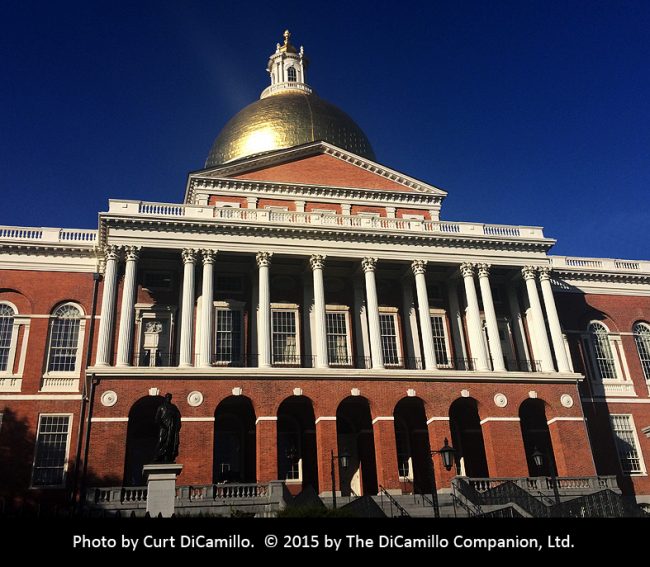 The Massachusetts State House in 2015