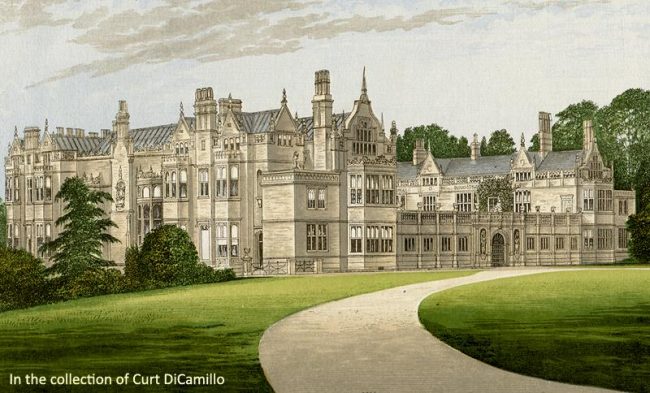 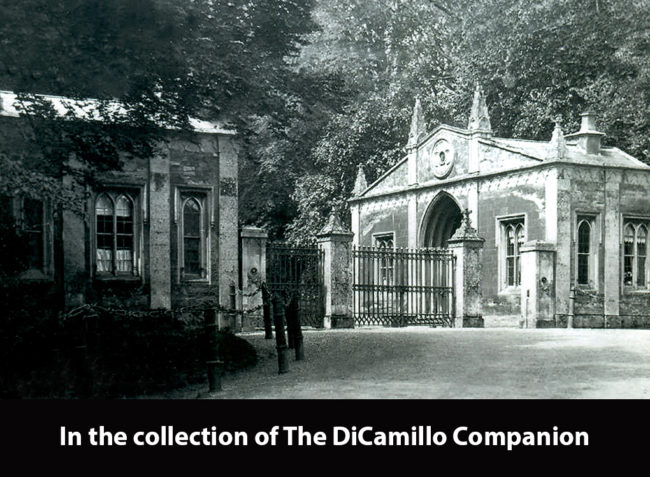 The gate lodge from a circa 1914 postcard 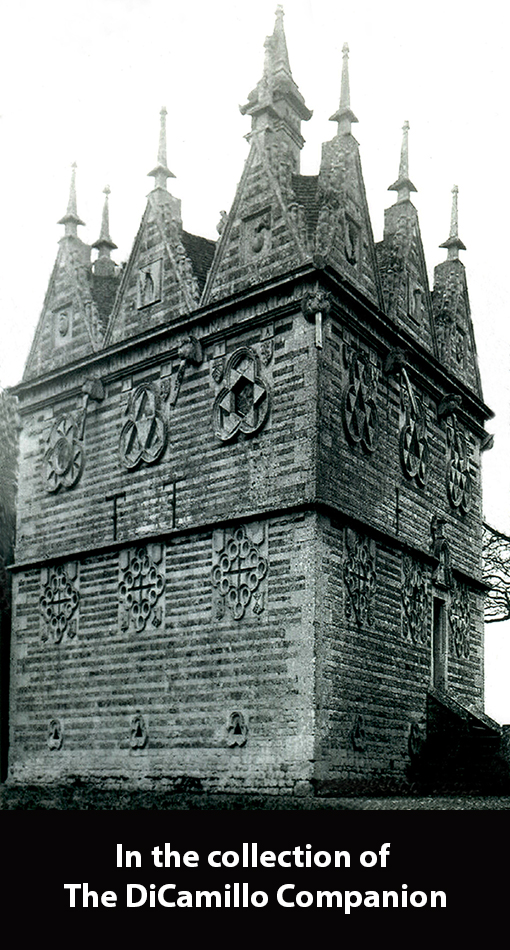 The triangular lodge folly from a circa 1912 postcard 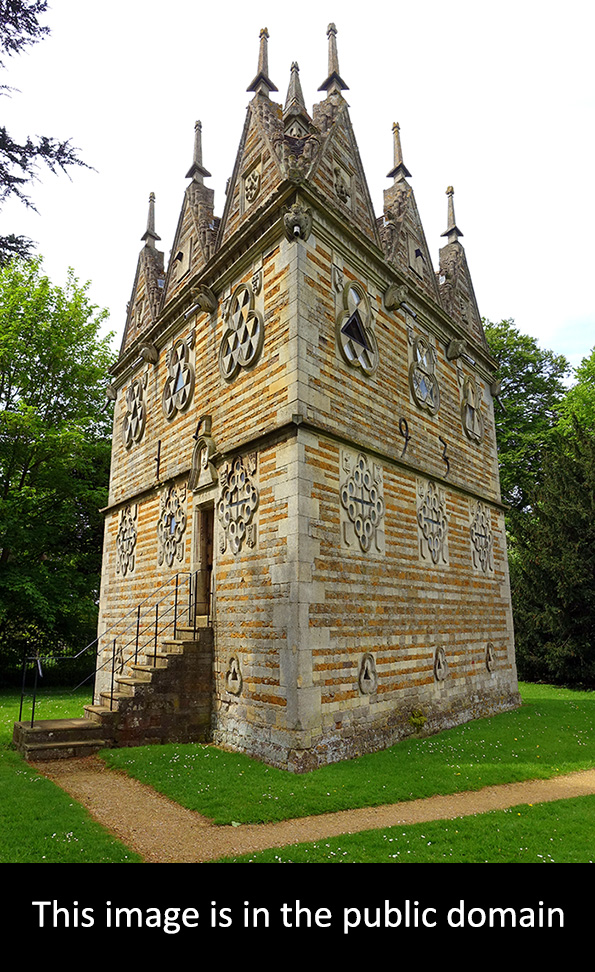 The triangular lodge in 2016 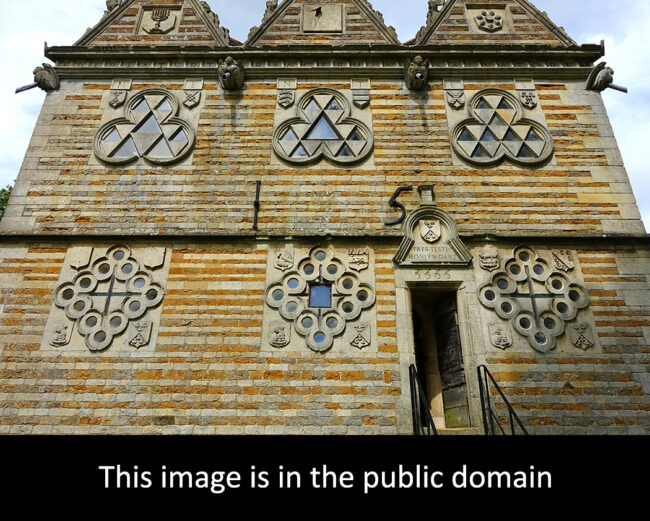 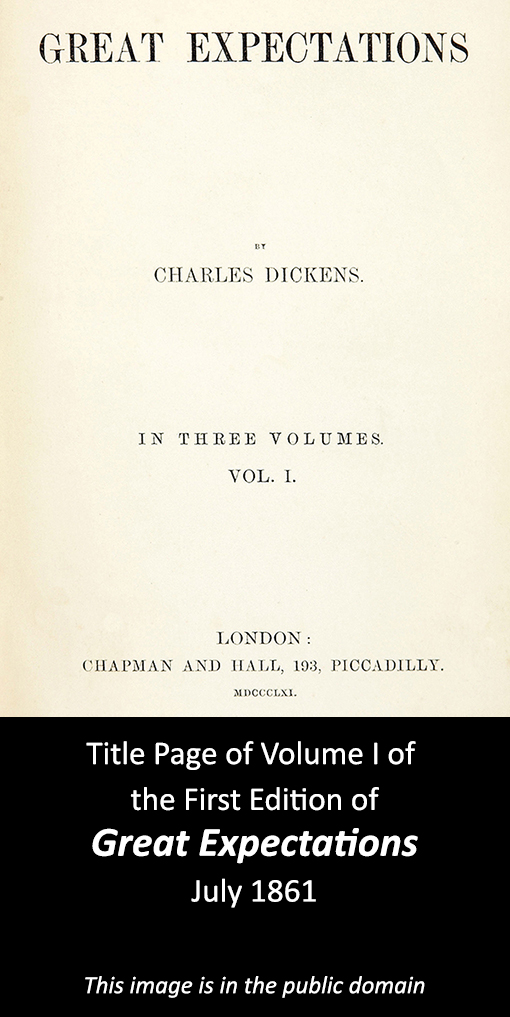 Dickens wrote part of the famous novel at Rushton Hall

An altered version of Harry Furniss's illustration of Miss Havisham from the 1910 edition of "Great Expectations." Dickens supposedly came up with the vision Satis House (Miss Havisham's home) while staying at Rushton. 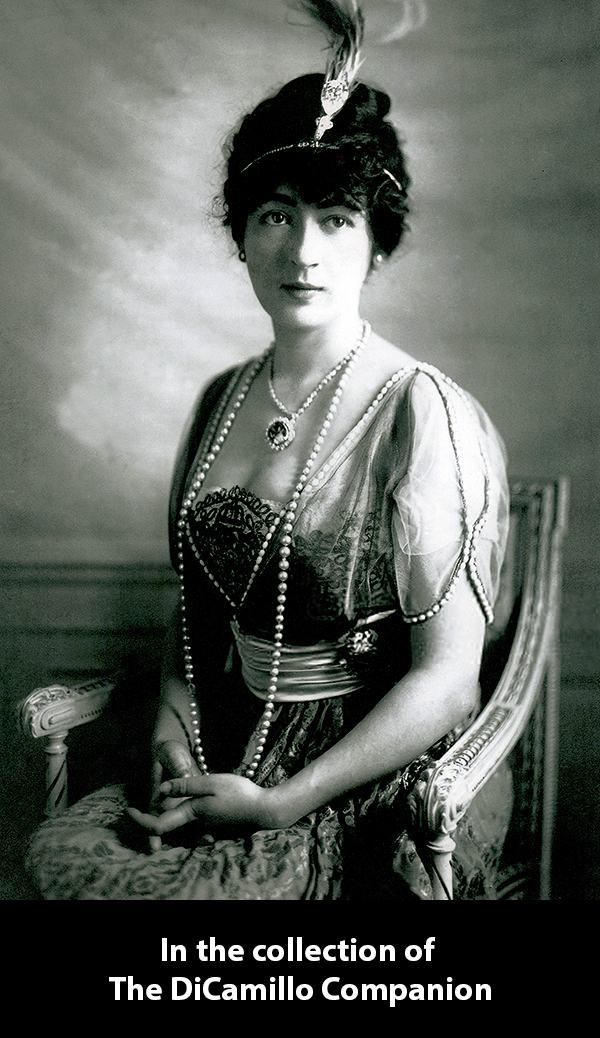 Evalyn Walsh McLean wearing the Hope Diamond in a 1915 photograph 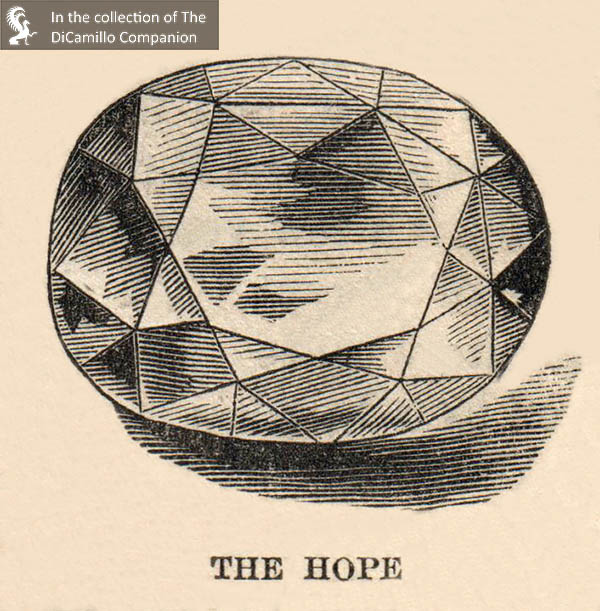 The Hope Diamond as it appeared in the mid-19th century. Illustration from an 1866 issue of "Harper's New Monthly Magazine"