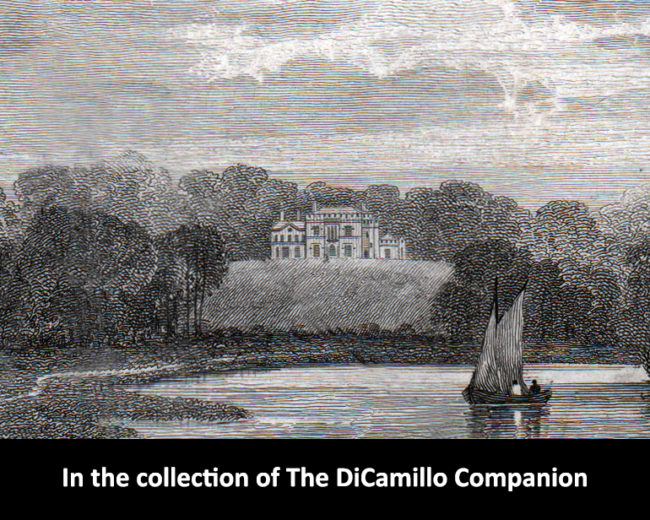 An engraved print of the House from "Source of the Thames," 1817.