Nonsuch Palace at Old London Bridge in 1577 from a circa 1910 Churchman's Cigarettes card. 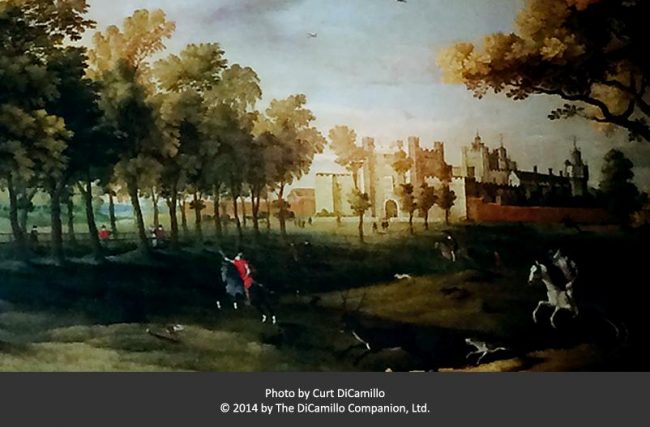 Detail of the Palace from an early 17th century Flemish painting, today in the collection of the Fitzwilliam Museum, Cambridge. 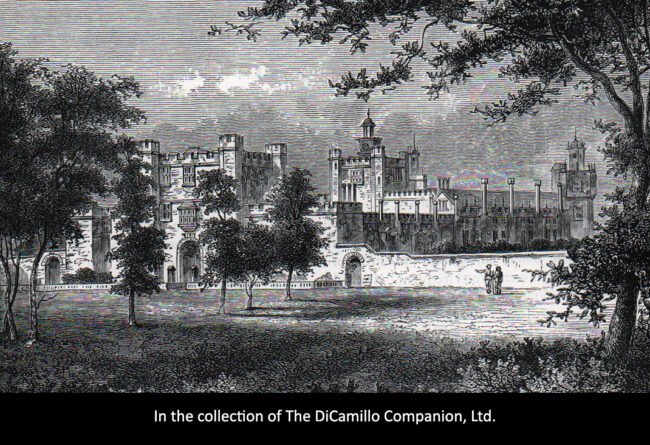 The palace from from the 1888 publication "Greater London: A Narrative of its History, its People, and its Places"