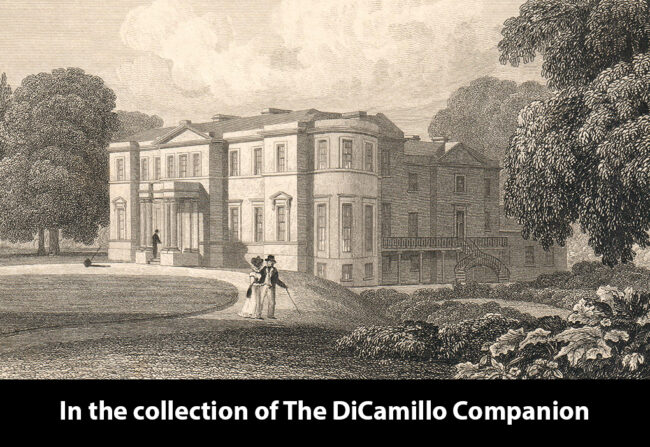 The earlier house (demolished) from an 1825 engraving from "Neale's Views of Seats."