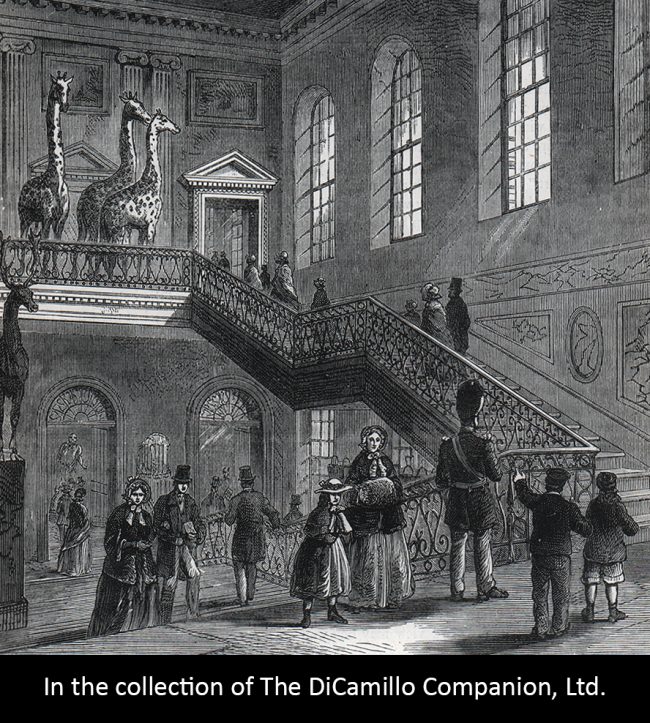 The Grand Staircase when the House served as the British Museum. From "Old and New London," circa 1880.