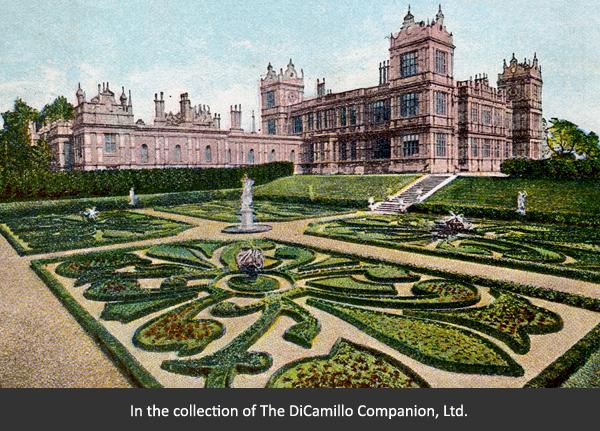 The house and garden from a 1906 postcard 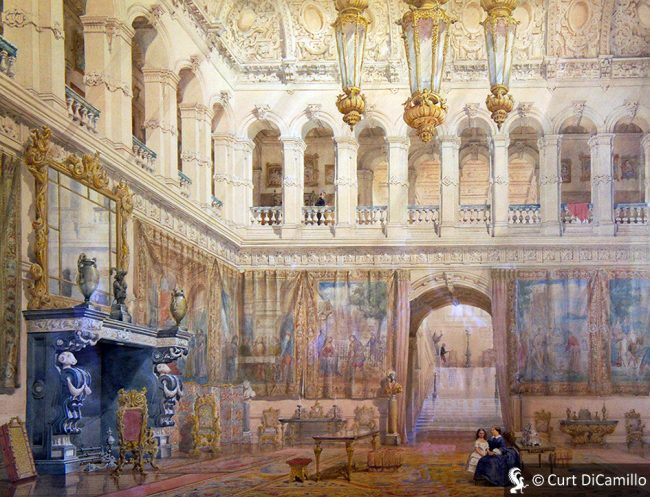 Detail of the 1863 H. Brewer watercolor of the Great Hall, today in the collection of Dalmeny House. The fireplace from Rubens's house is visible on the left; the lanterns from the Doge's barge hang overhead. 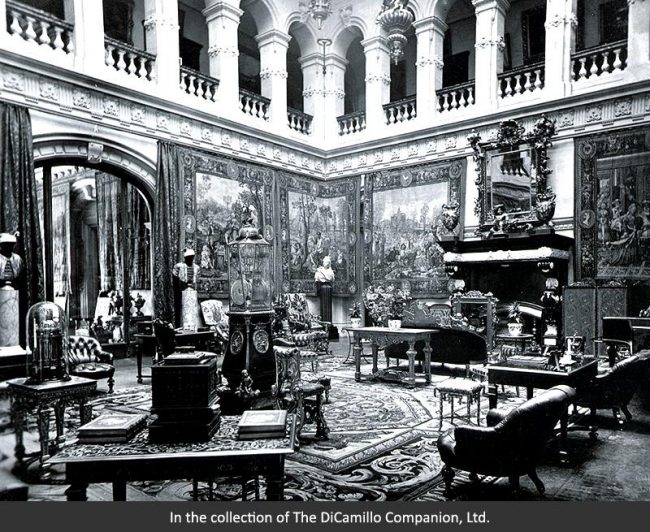 A late 19th century photograph of the Great Hall 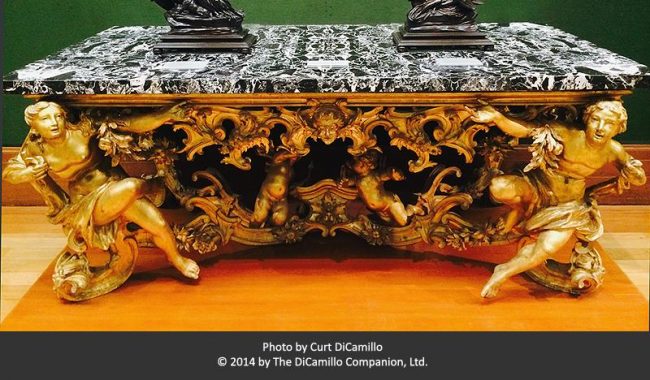 Circa 1700 Italian console table, formerly at Mentmore, today in the collection of the Fitzwilliam Museum, Cambridge. 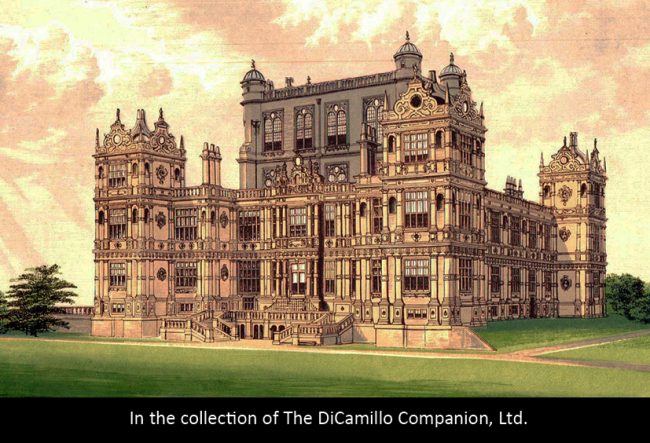 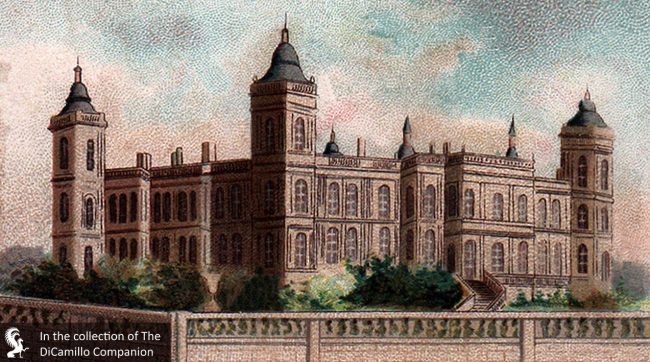 Chateau de Ferrieres, Ferrières-en-Brie, from a circa 1900 French chocolate card. This chateau, the largest in 19th century France, was modeled on Mentmore.