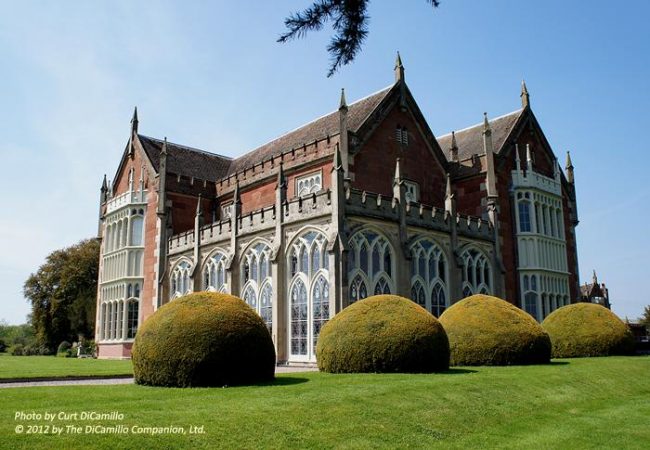 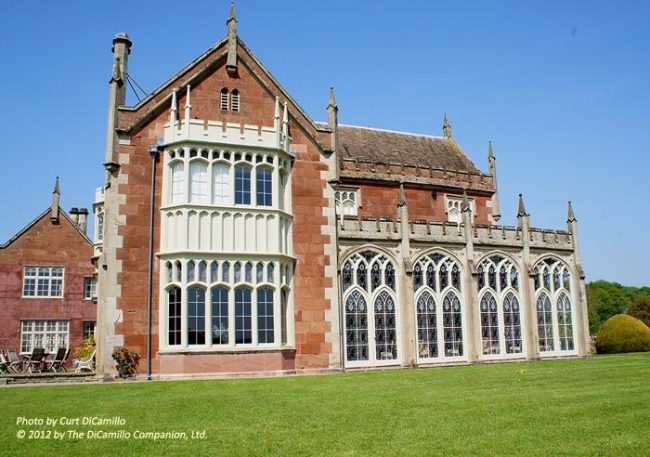 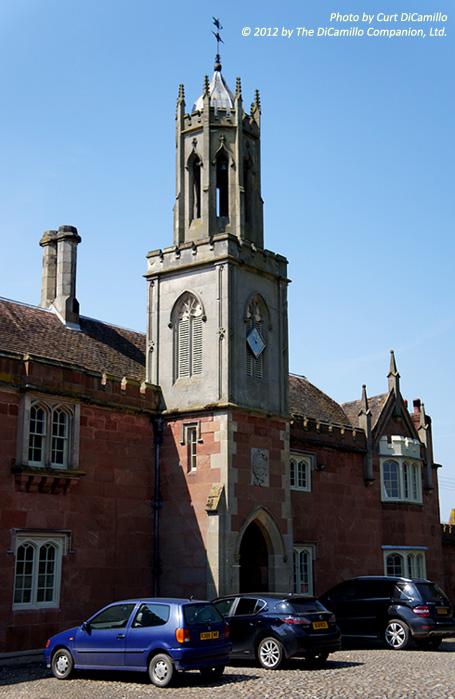 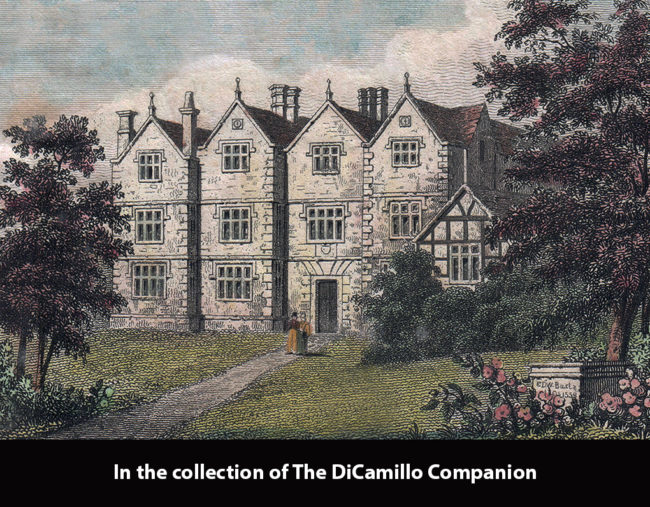 The first house (demolished) from a circa 1808 hand-colored engraving that appeared in "The Gentleman's Magazine." The tomb, at lower right, is that of Edward Burton, who died "in excess of joy" on hearing of the death of the Catholic Queen Mary in 1558.