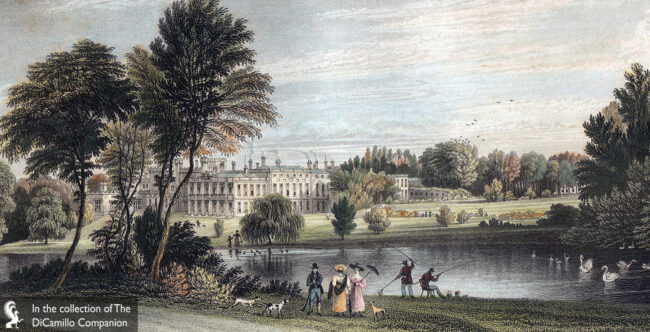 The house from an 1832 hand-colored engraving 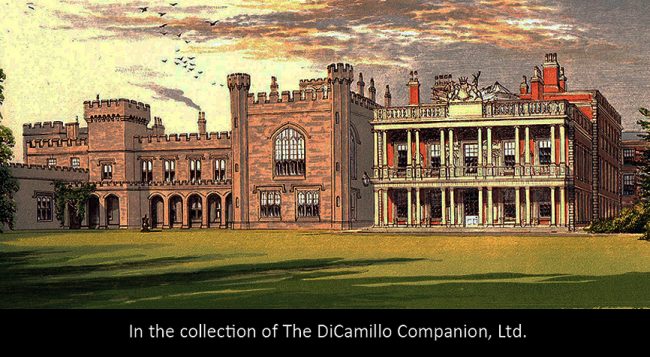 The south facade from "Morris's Views of Seats," circa 1875. 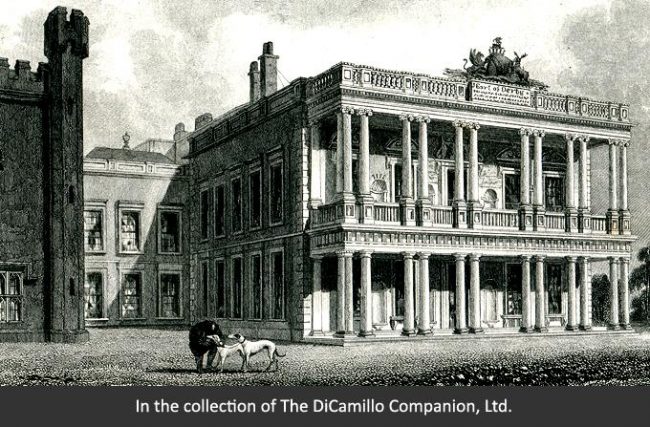 The south facade from an 1829 engraving by Fisher & Son, London. 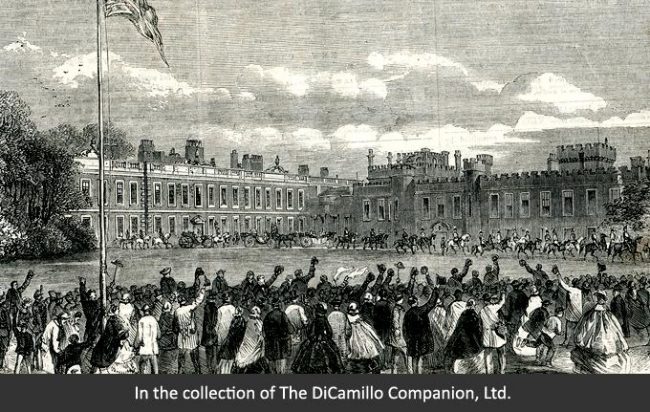 An 1860 wood-engraved print from "The Illustrated London News" entitled "The Review of Lancashire Rifle Volunteers in Knowsley Park The Earl and Countess of Derby leaving Knowsley Hall for the Review." 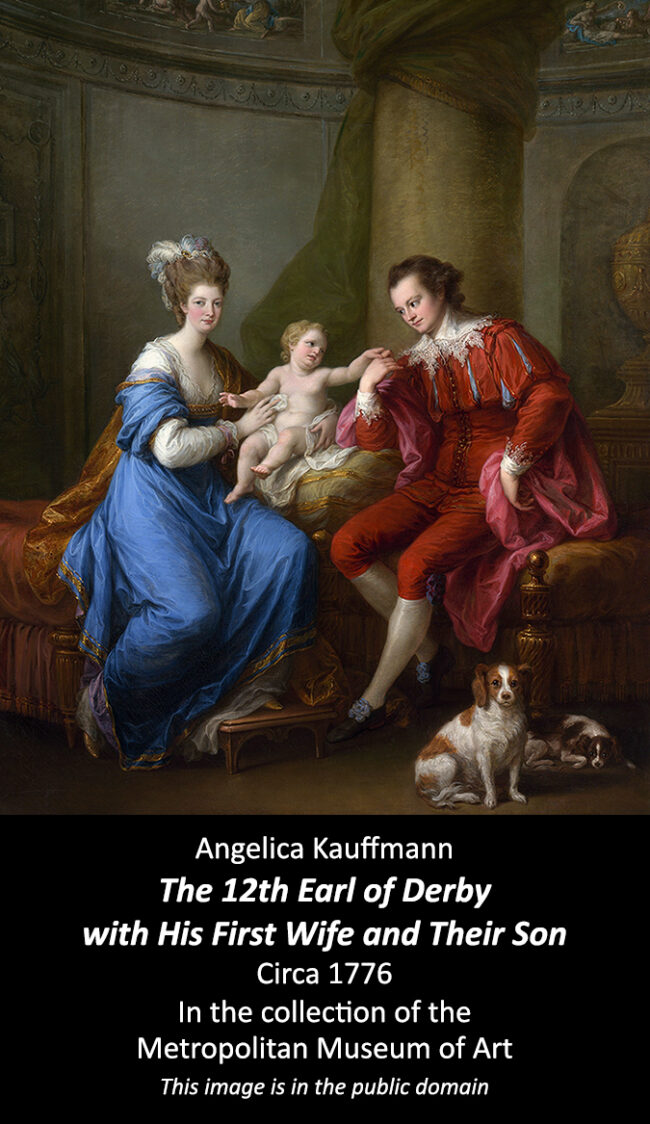 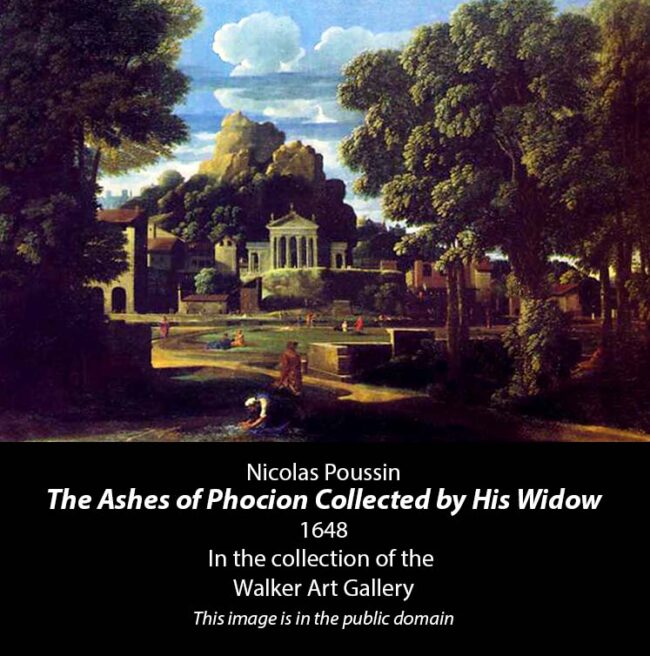 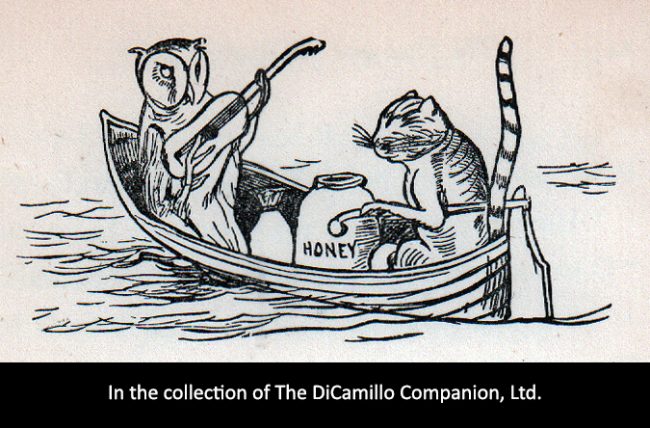 A 19th century illustration of the owl and the pussy-cat from Edward Lear's "Nonsense Songs, Stories, Botany, and Alphabets." 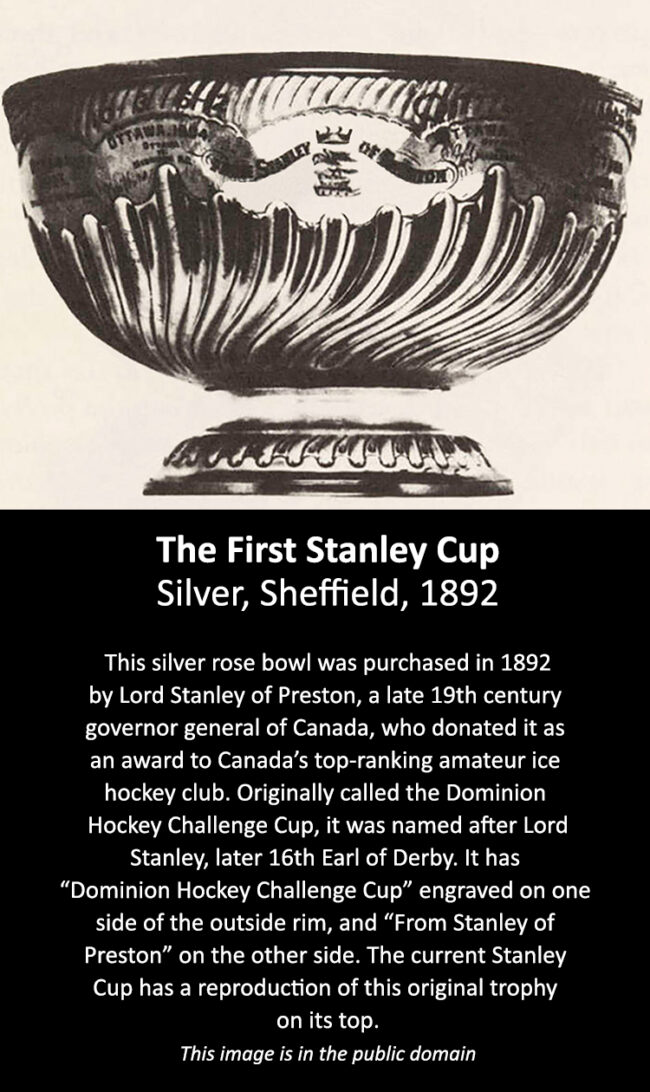