Large sections of the Tudor house were demolished during 19th century 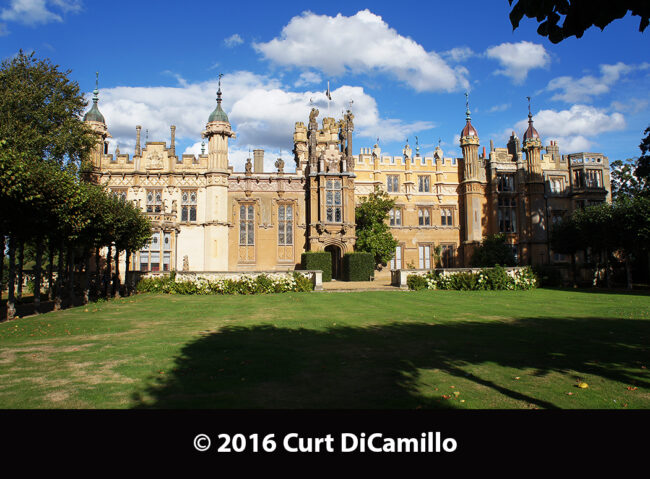 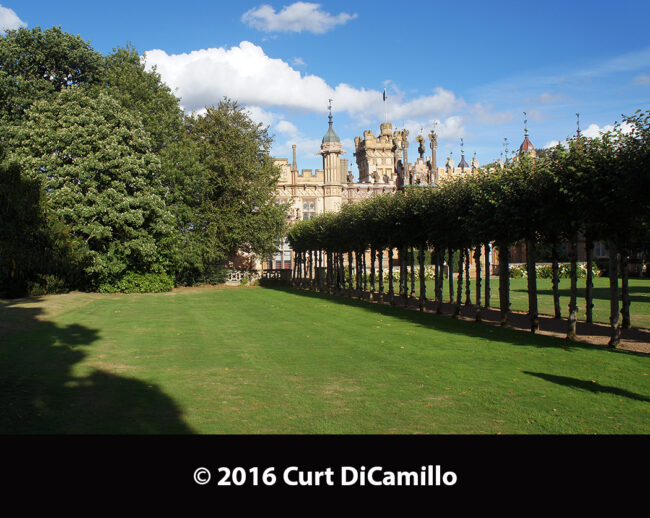 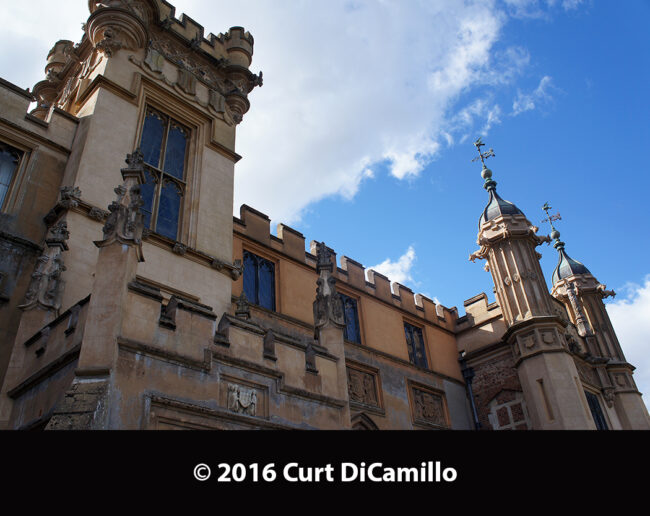 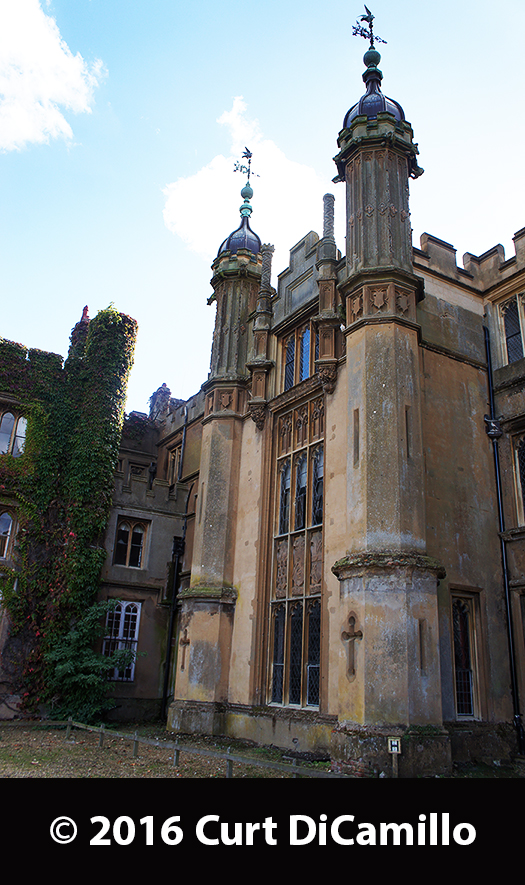 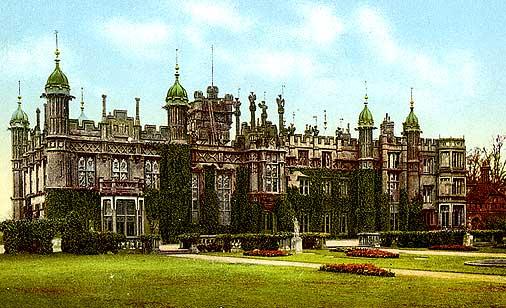 The Garden Facade from a circa 1910 postcard 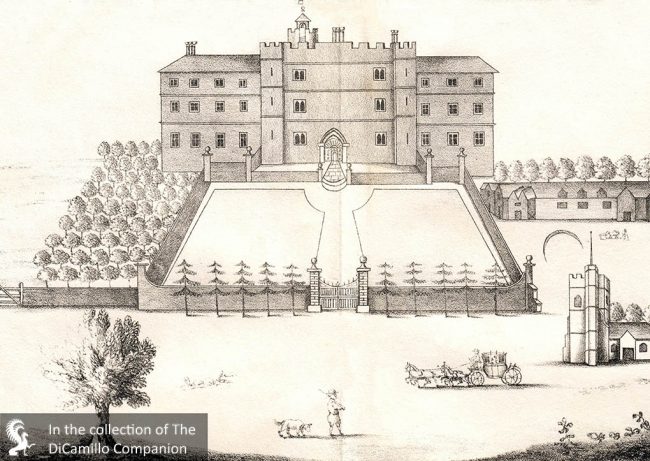 The house in the 17th century, from an 1826 lithograph that appeared in "Chauncey's Antiquities of Hertfordshire." 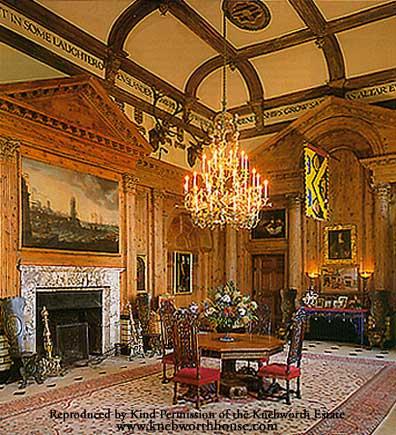 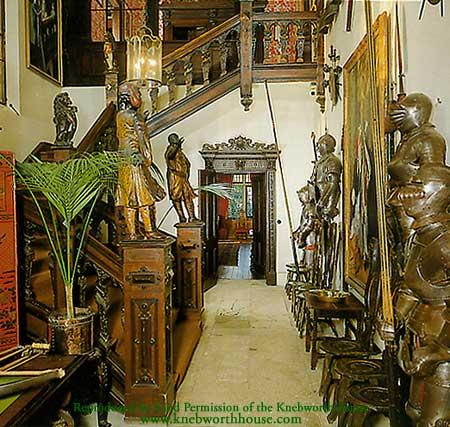 The Armoury and Staircase 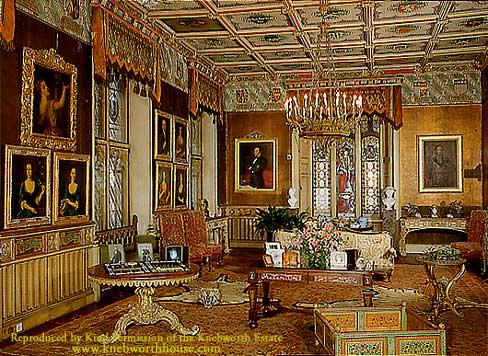