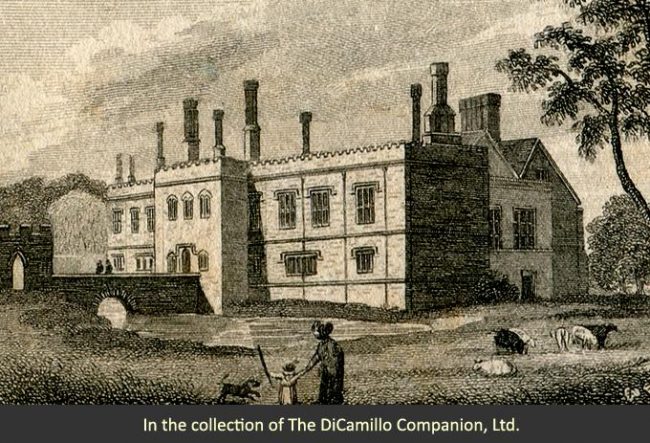 An 1819 engraving of the House from "Excursions in Norfolk"