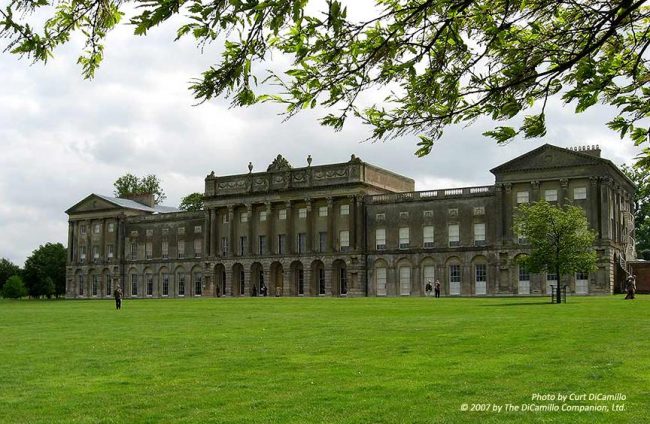 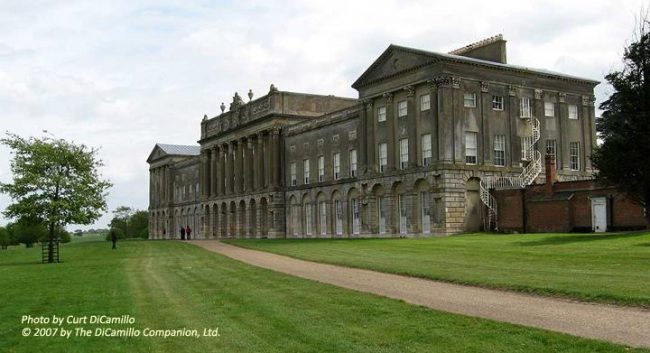 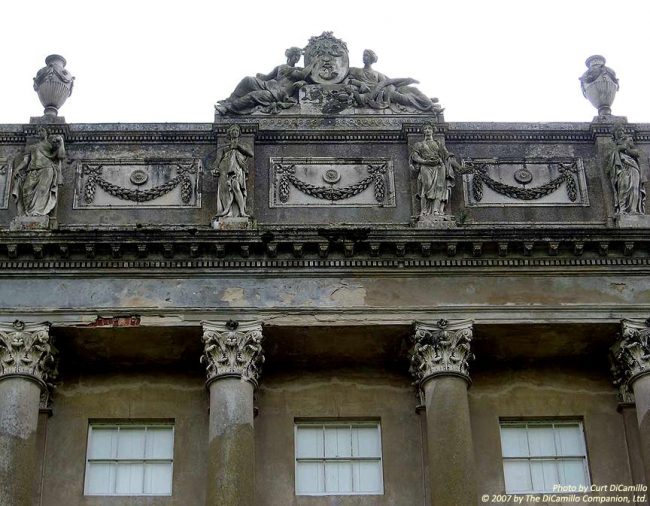 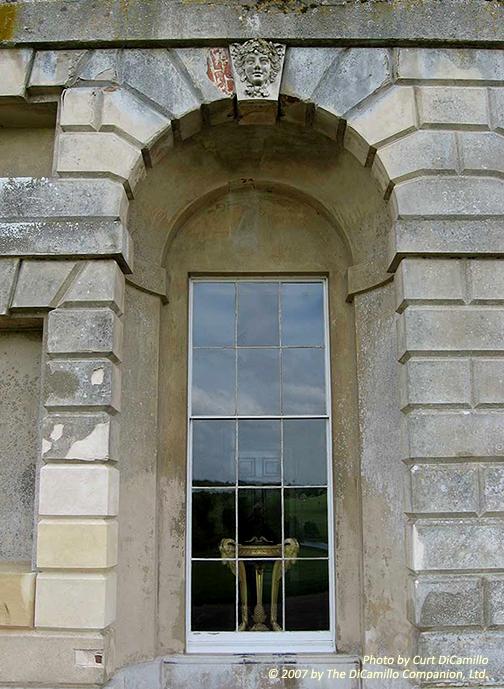 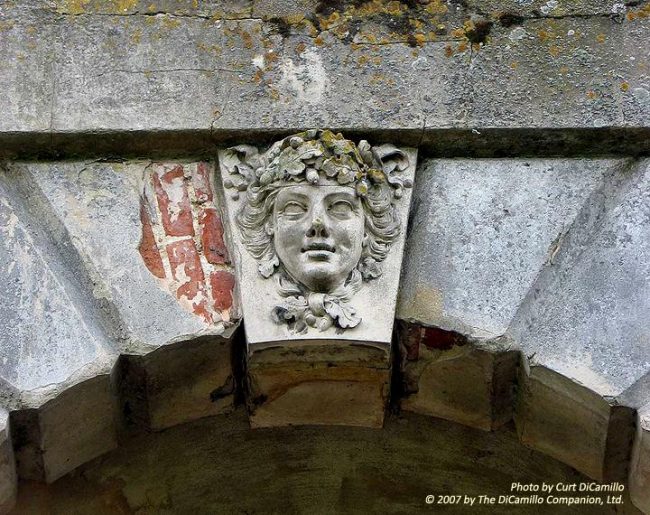 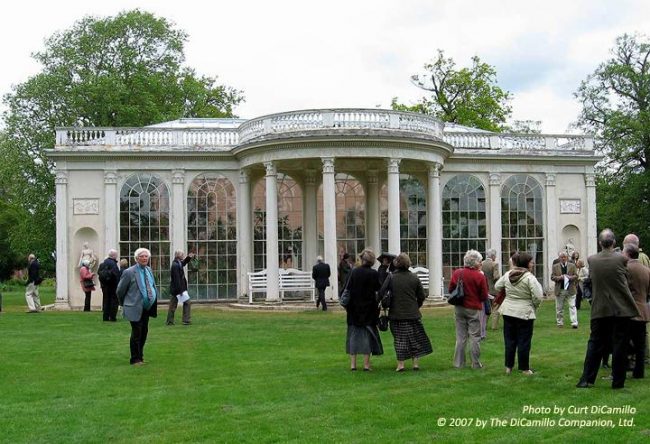 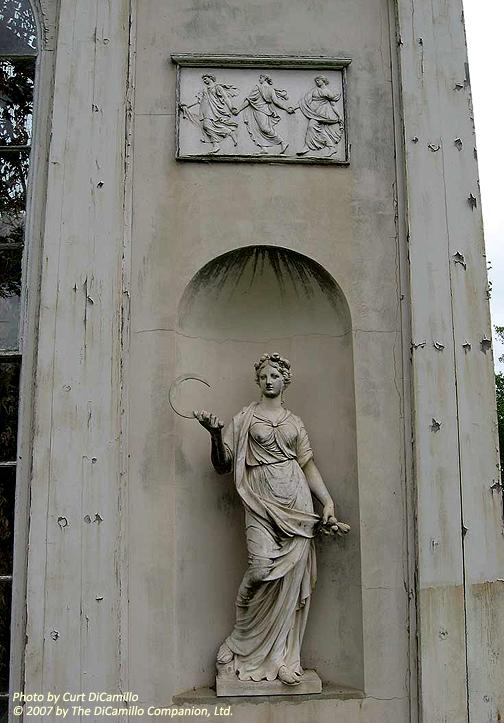 Statue on exterior of Orangery 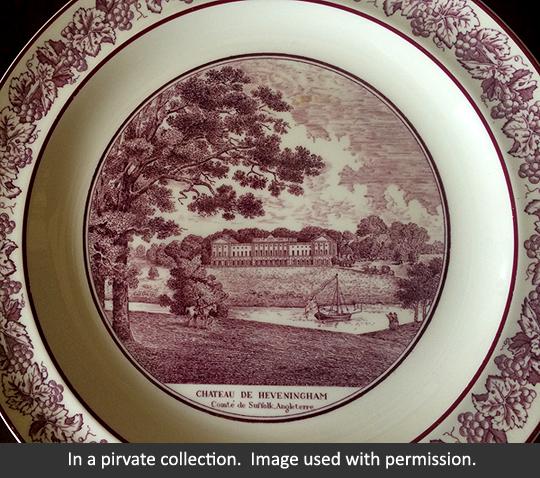 The House from a circa 1950 Wedgwood plate