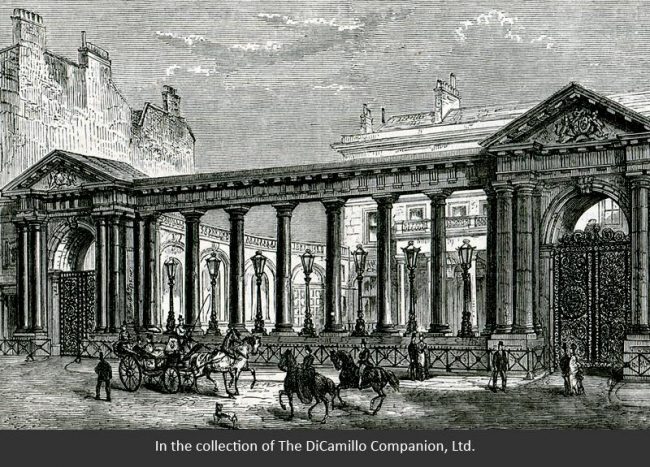 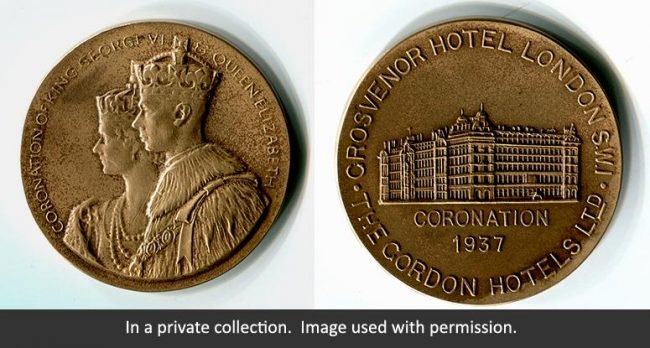 A medallion struck by the Grosvenor House Hotel celebrating the 1937 coronation of King George VI and Queen Elizabeth, with the hotel on the reverse.