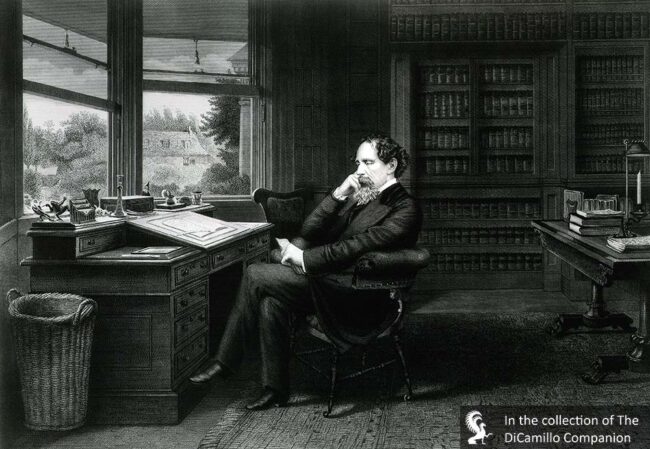 "Charles Dickens in His Study at Gadshill," from a circa 1875 engraving by Samuel Hollyer. 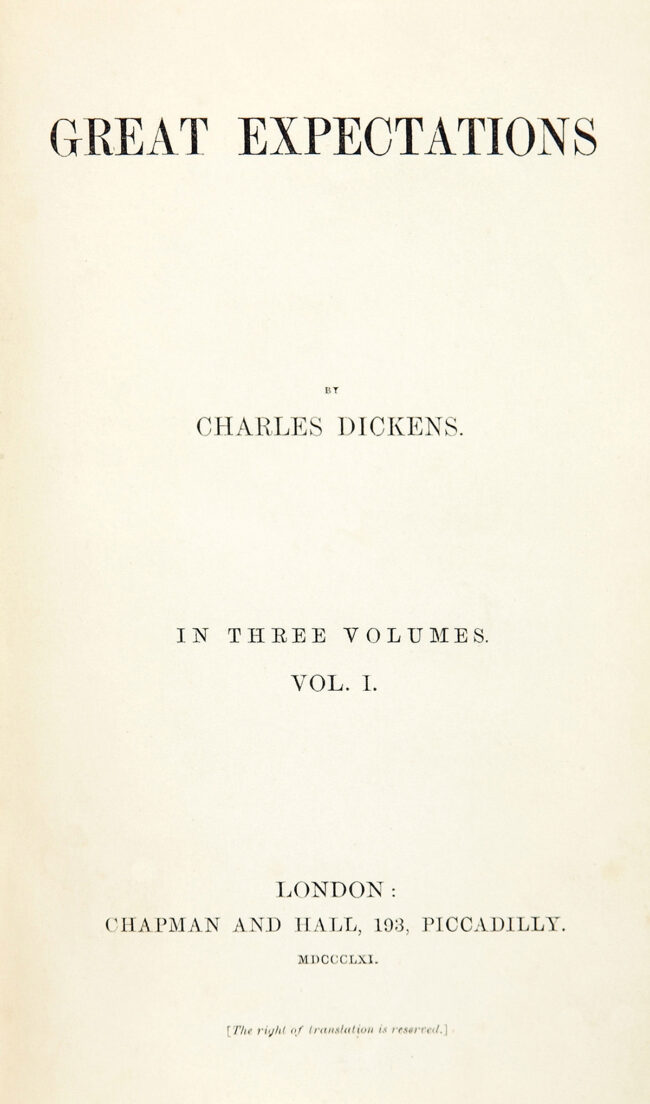 The title page of Volume I of the first (1861) edition of "Great Expectations." Dickens wrote the famous story at Gads Hill. This image is in the public domain.