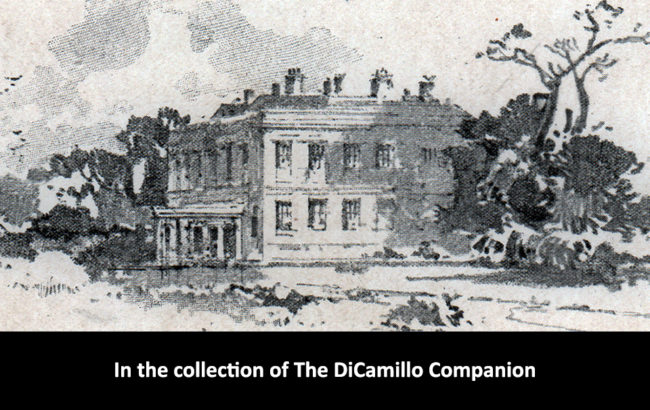 The house from an 1890s lithograph 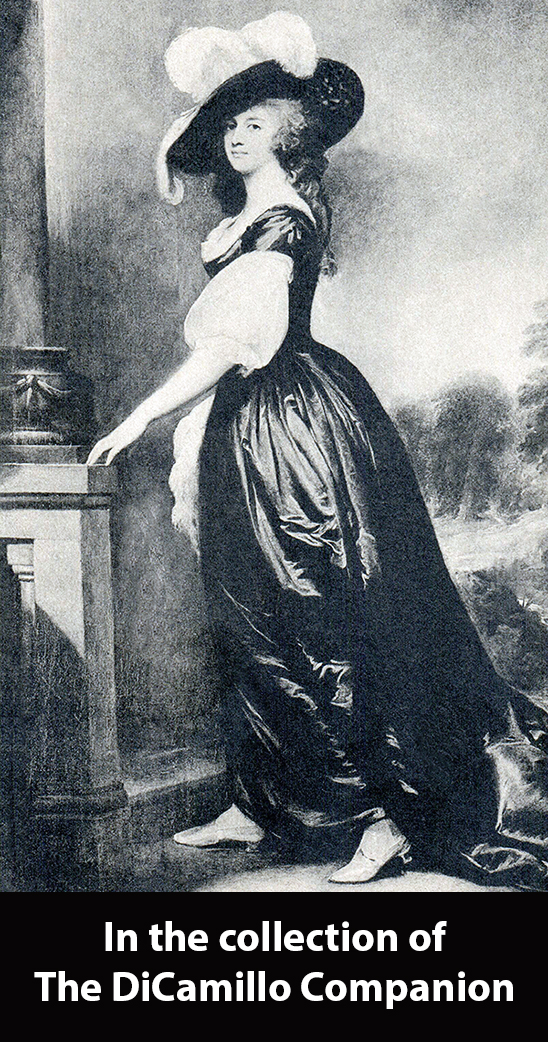 "Charlotte, Lady Milnes," Romney, 1788-92, from an early 20th century postcard. This painting was in the collection at Fryston; it is today in The Frick Collection.