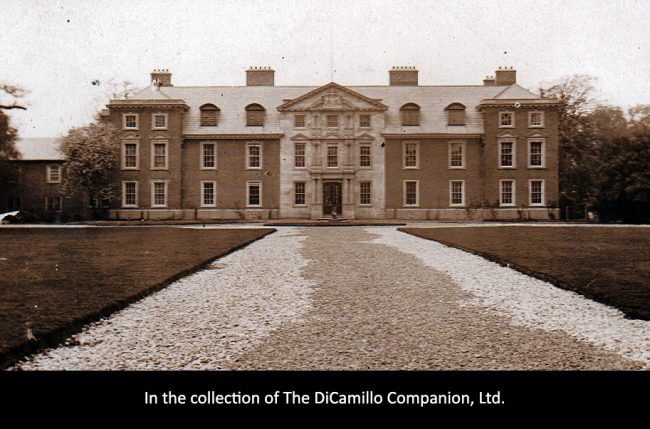 The entrance facade from a 1905 postcard 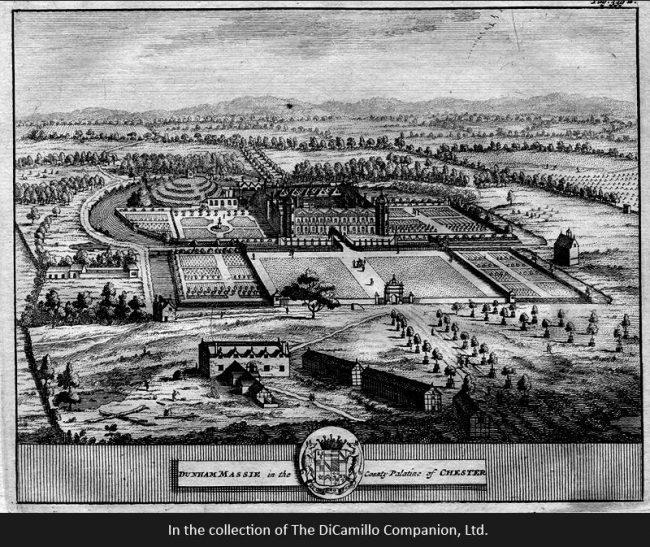 An aerial view of the estate from a 1720 German engraving. This view shows the original 17th century house before it was rebuilt in its current form in the 18th century.