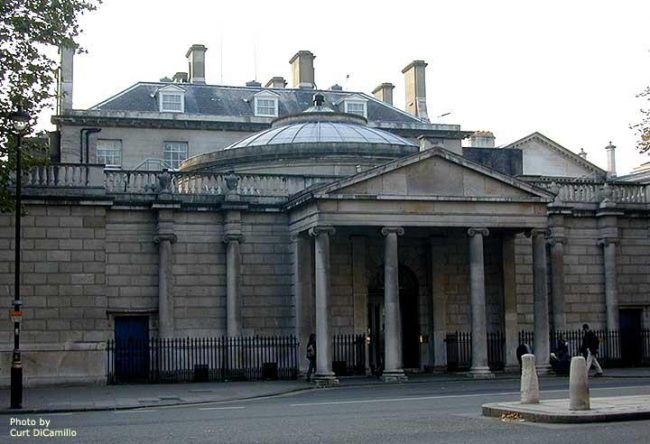 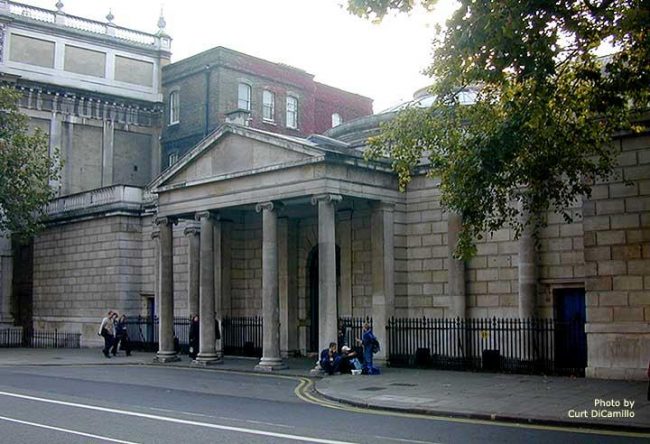 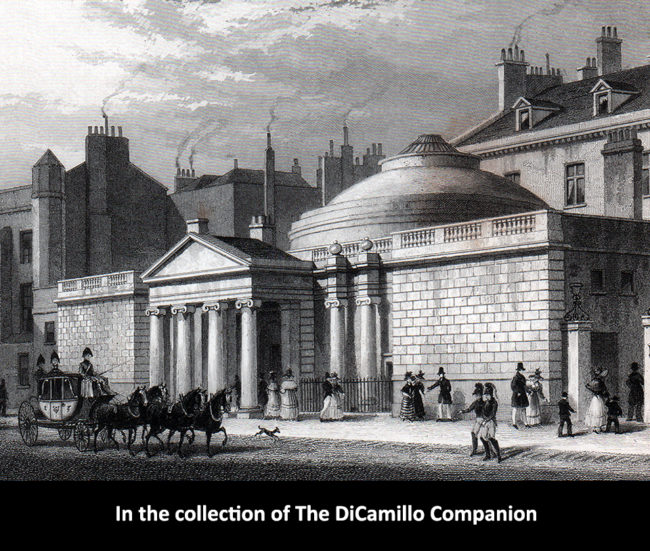 The House from an 1829 print. Paine's house is in the background, with Holland's dome and entrance portico in the foreground.