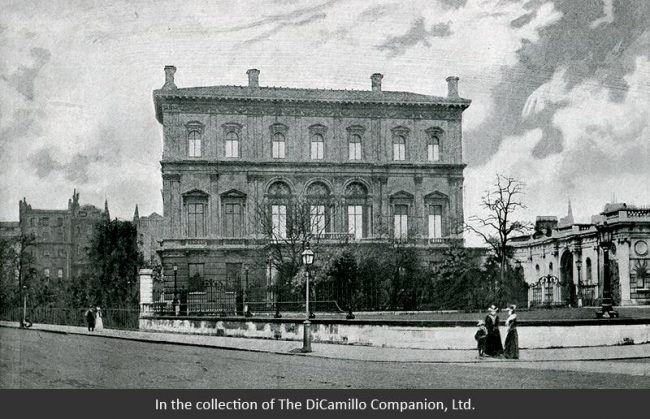 The second house from a 19th century photograph 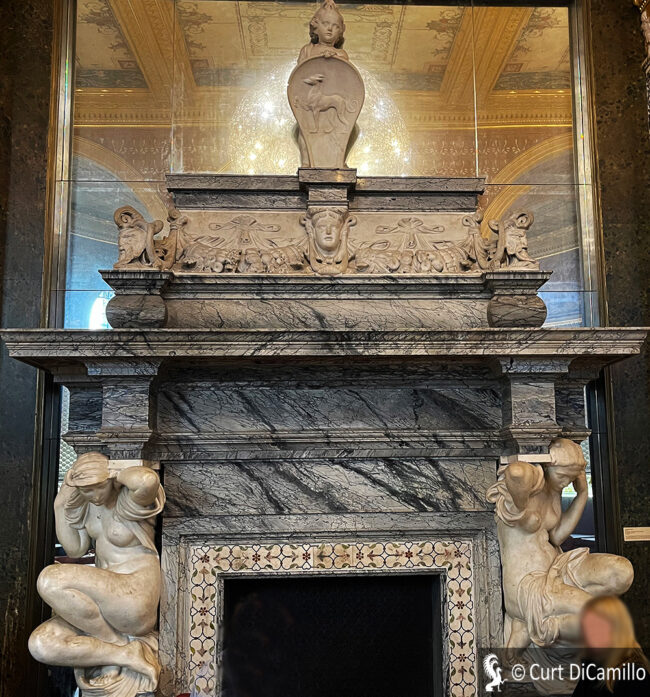 The marble chimneypiece from the Dining Room, carved 1863-75 by Alfred Stevens for the second house. Today in the collection of the V&A.