Most of house demolished in 1925; only belfry block extant. 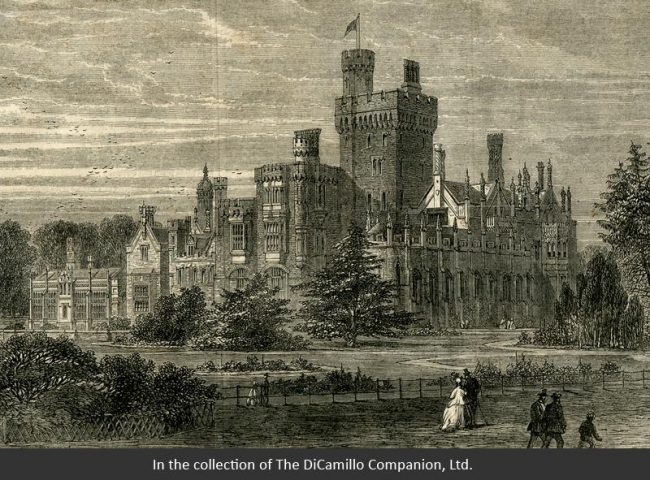 Drawing of the House from the Nov 3, 1866 edition of "The Illustrated London News"