Circa Date: 1850-51, incorporating existing wings and other elements 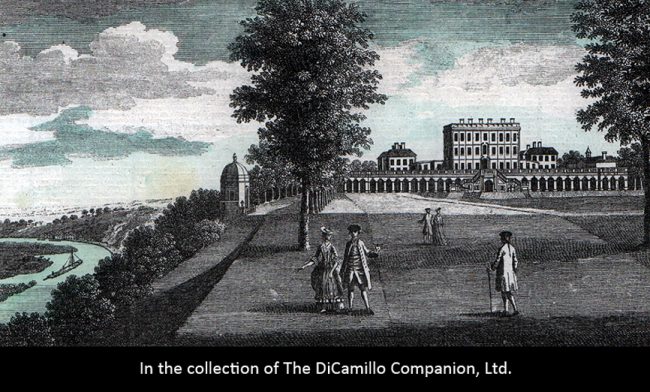 The House from an 18th century hand-colored engraving 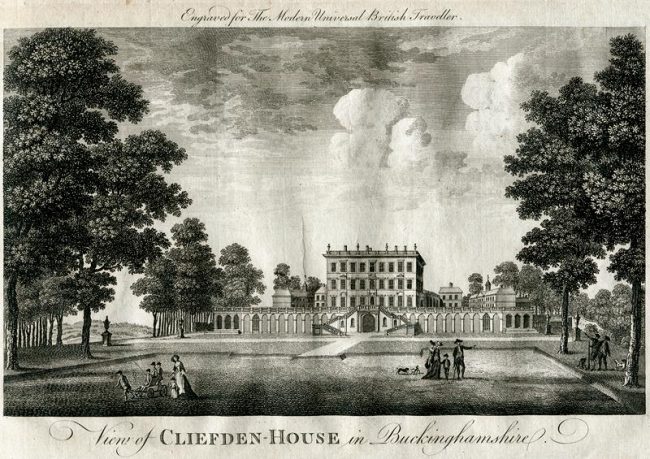 The House, engraved by J. Cooke, London, 1779-90, for "The Modern Universal British Traveller." 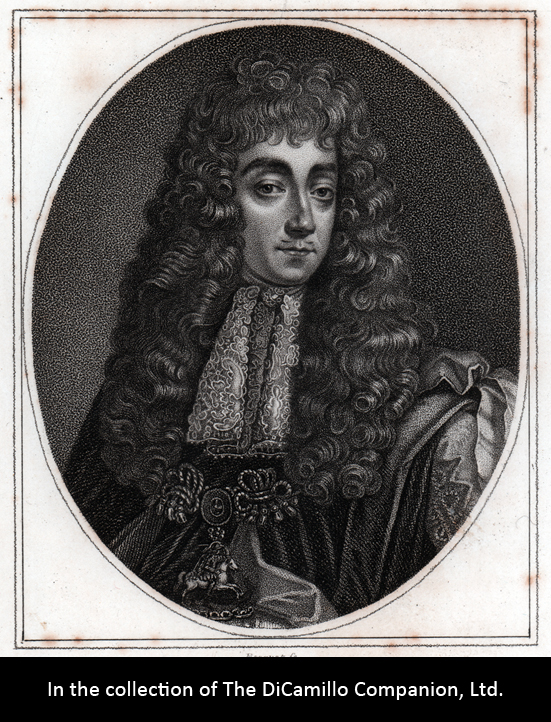 An 1806 engraving of George Villiers, 2nd Duke of Buckingham. 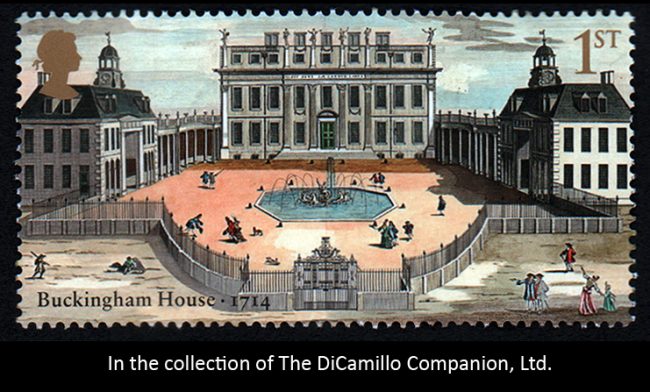 Buckingham House in 1714 from a 2014 stamp. Winde designed this house, whose similarities to his Cliveden are striking. 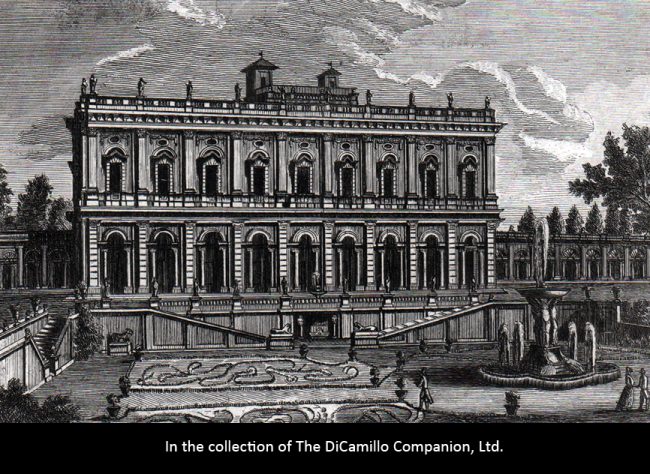 The Villa Albani, Rome, from "The Educational Tour of Ancient and Modern Rome," 1807. Winde very likely based the design for the first Cliveden on the Villa Albani. 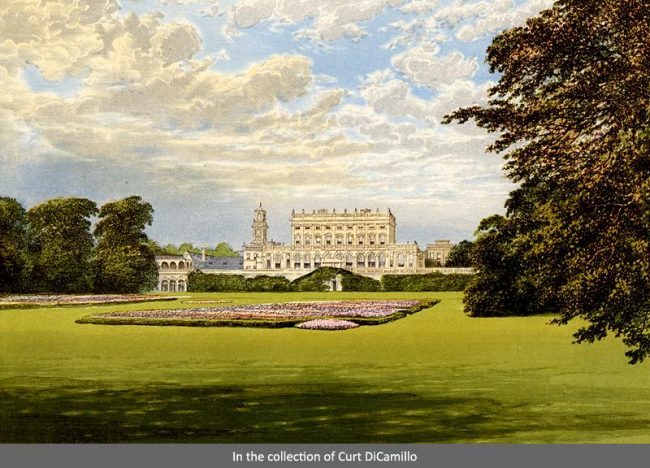 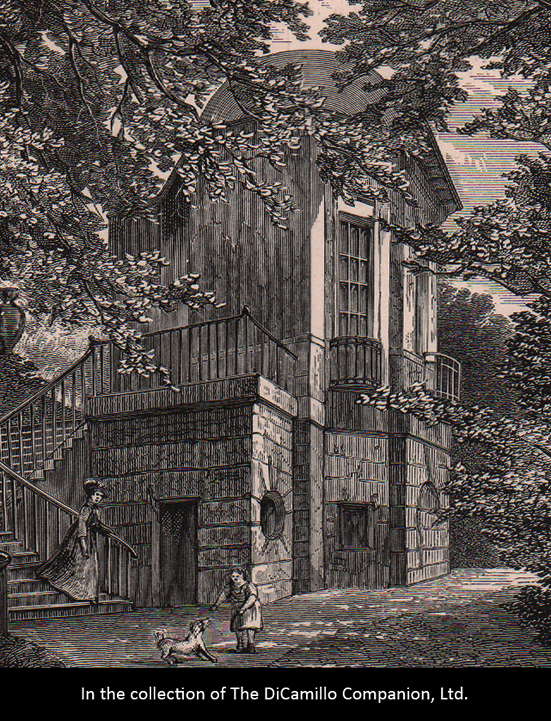 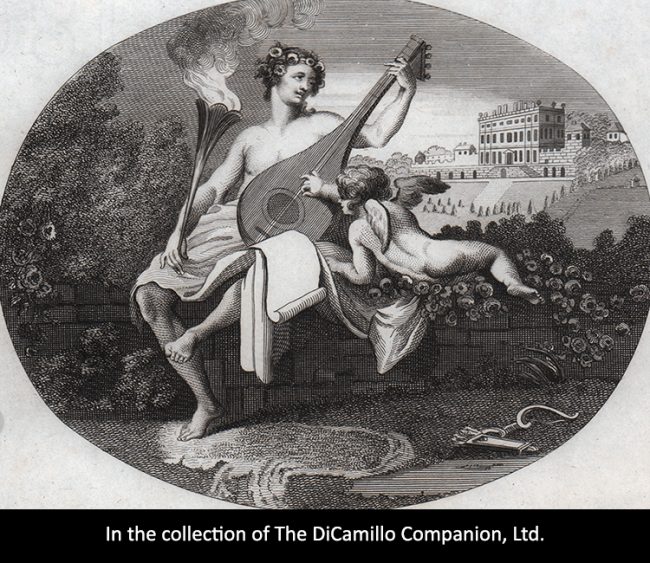 An August 1, 1740 ticket to the masque "Alfred," with Hymen and Cupid in the foreground and Cliveden in the background. 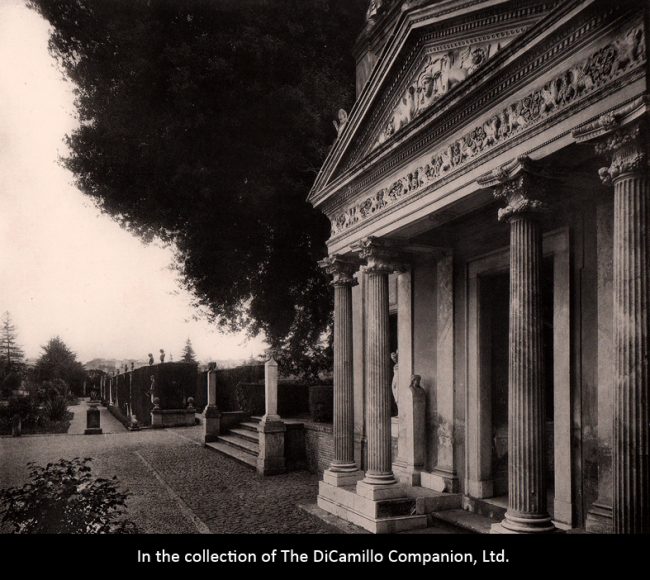 A 1906 photo of the entrance to the Bosco at the Villa Albani, Rome. Astor was inspired by Italian gardens like this in the layout out of Cliveden's gardens. 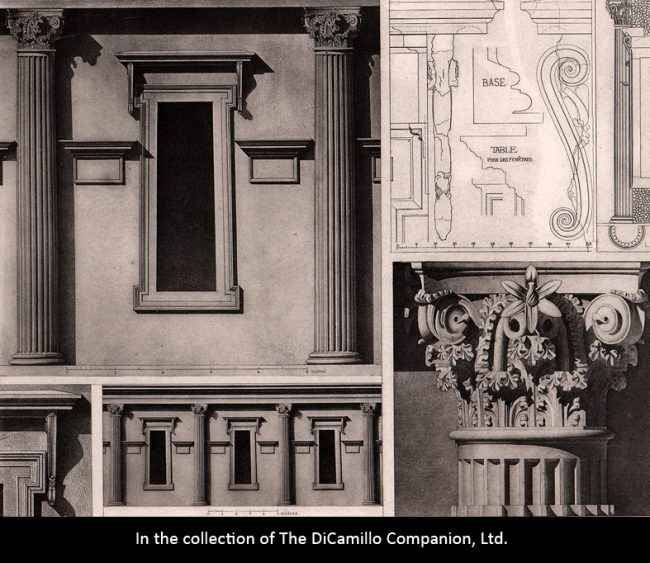 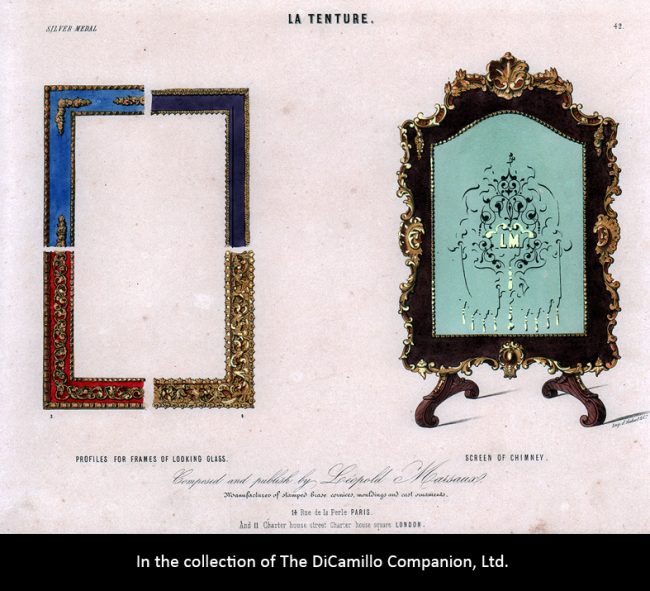 An 1880 Allard print for a frame and chimney. William Waldorf Astor used Allard in the redecoration of Cliveden. 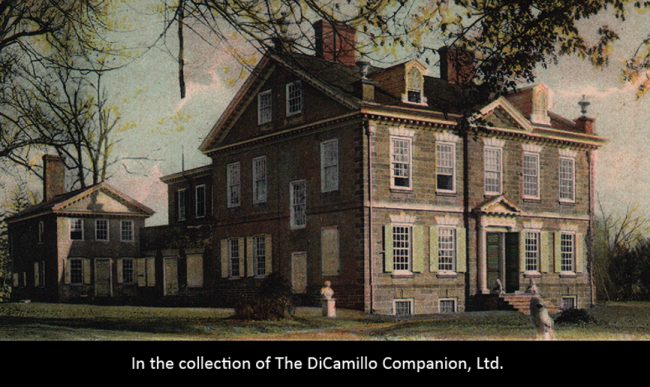 Cliveden, Philadelphia, from a 1907 postcard. 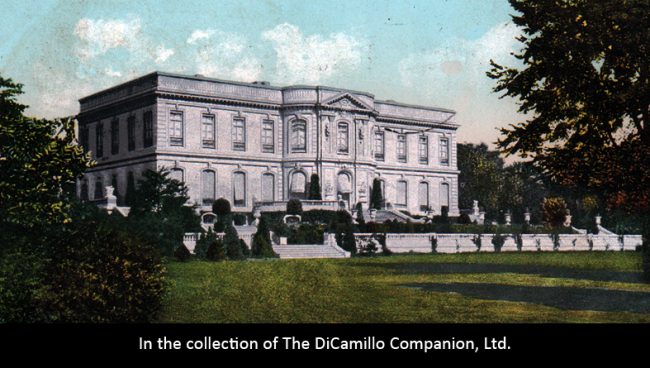 The Elms, Newport, Rhode Island, from a 1907 postcard. William Waldorf Astor purchased Madame de Pompadour's 18th century dining room from the Chateau d'Asnieres for the Dining Room at Cliveden. The Elms was modeled on Chateau d'Asnieres.