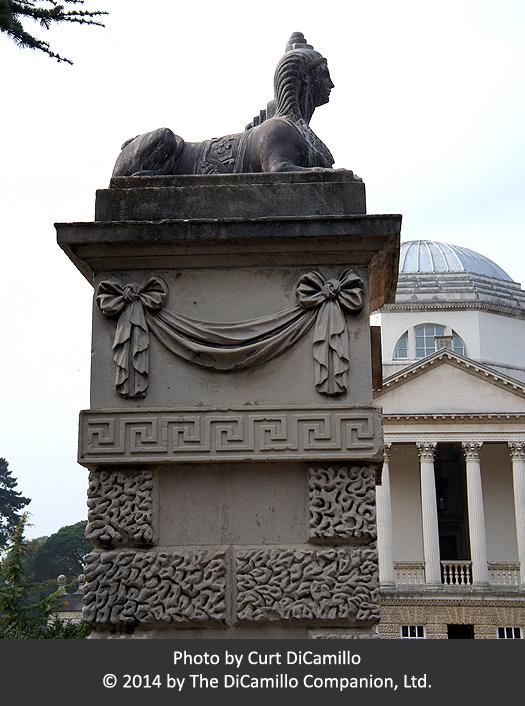 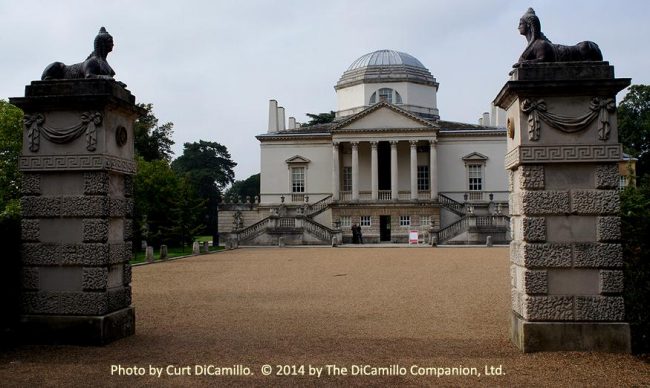 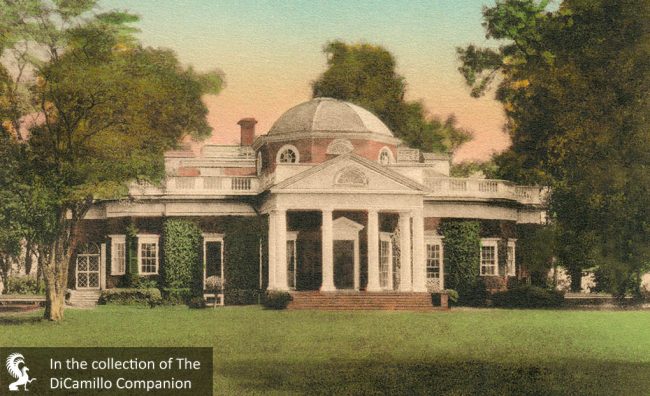 Monticello, Charlottesville, Virginia, from a 1922 hand-colored photograph. Thomas Jefferson was influenced in the design of his historic home by Chiswick House. 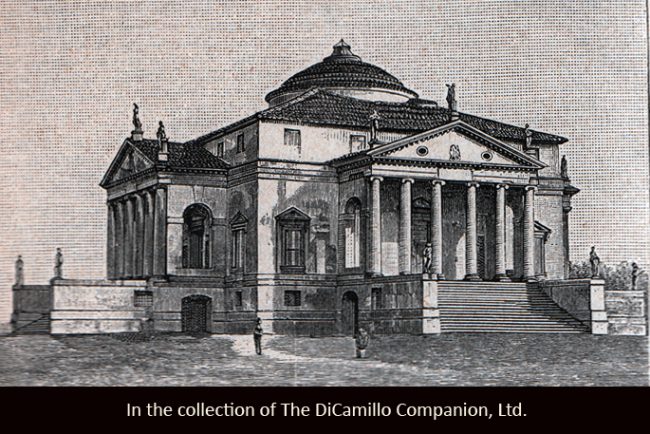 A 19th century engraving of the Villa Rotonda, Vicenza, upon which Chiswick was modeled. 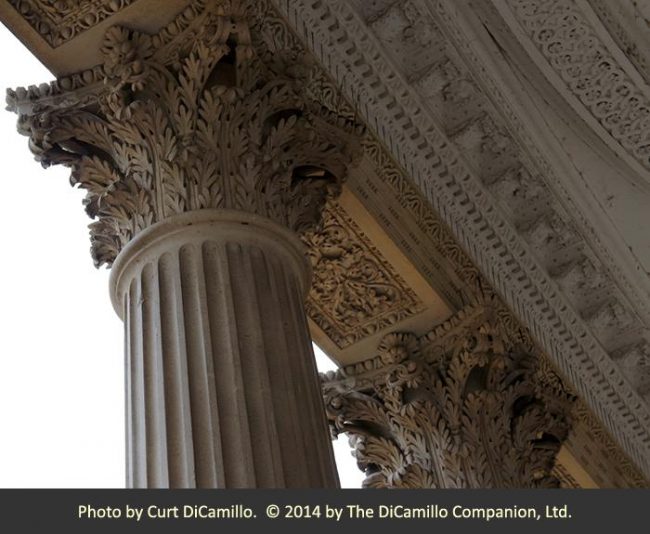 Detail of entrance portico columns. The capitals were modeled on those on the Temple of Jupiter Stator in Rome. 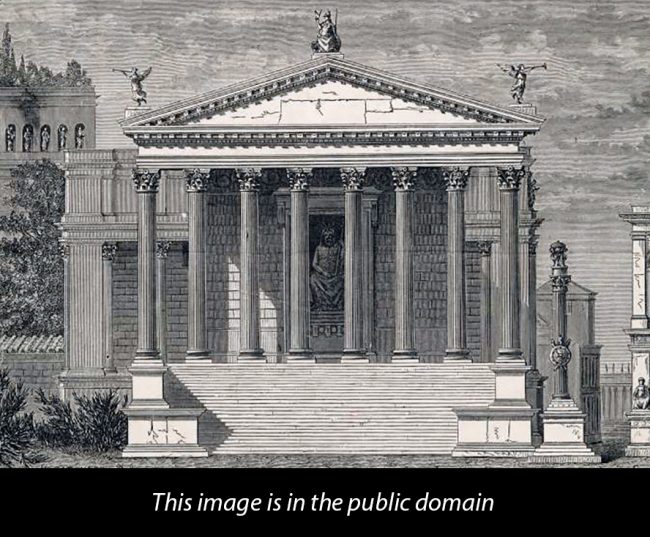 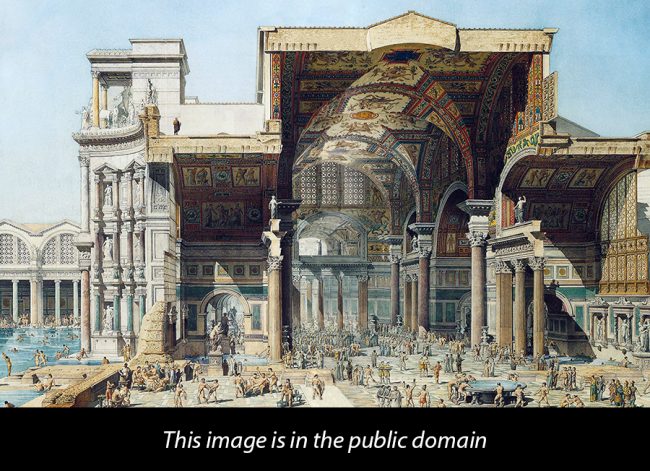 An 1880 painting of The Baths of Diocletian, Rome, by Edmond Paulin. Chiswick's Diocletian windows (below the dome) were copied from windows in the baths. 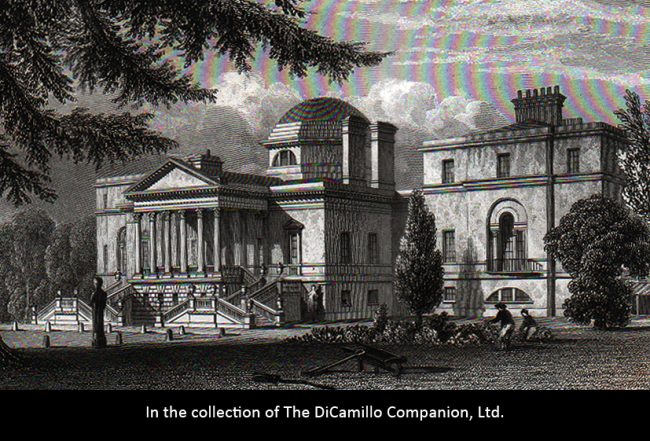 An 1829 engraving of the entrance facade, showing the 1788 wings (demolished), from "Neale's Views of Seats" 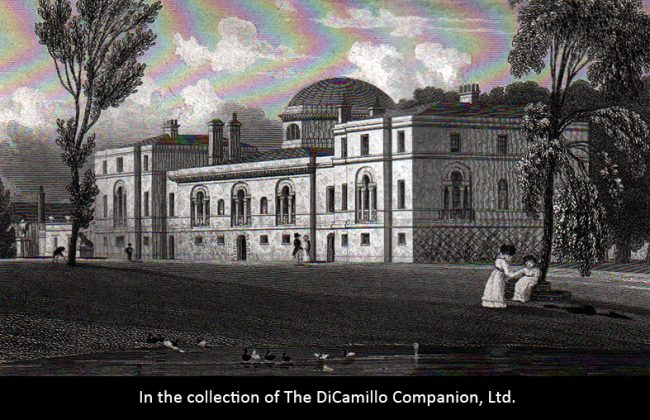 An 1829 engraving of the garden facade, showing the 1788 wings (demolished) from "Neale's Views of Seats" 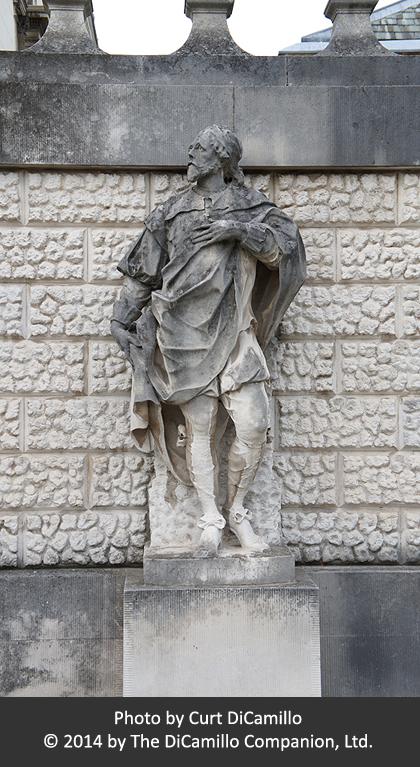 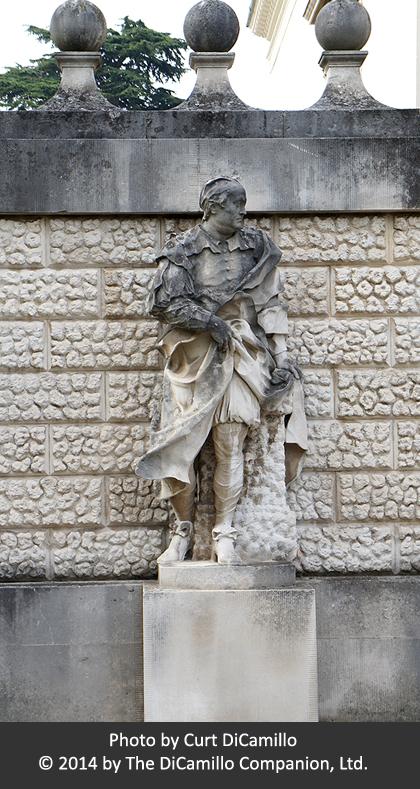 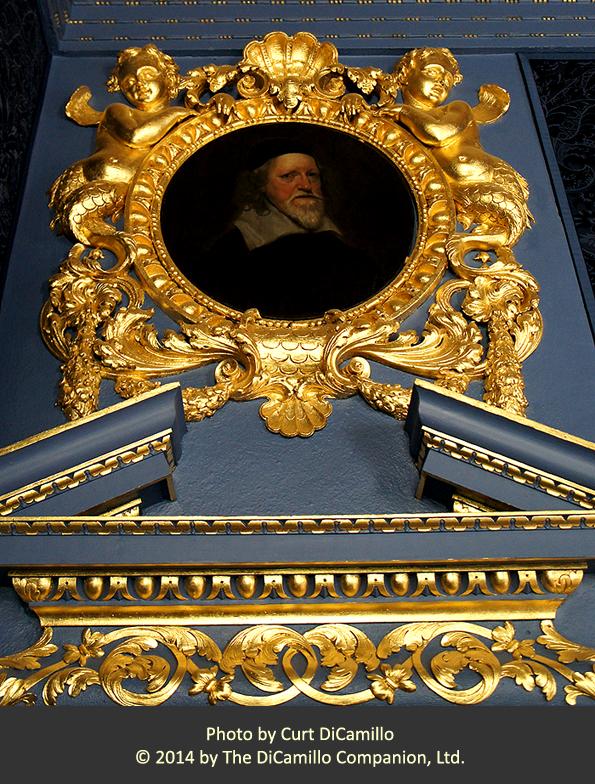 Portrait of Inigo Jones in the Blue Velvet Room 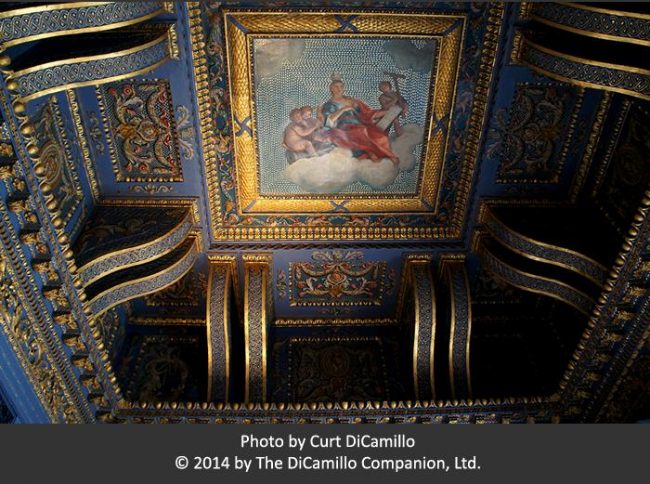 Ceiling of the Blue Velvet Room 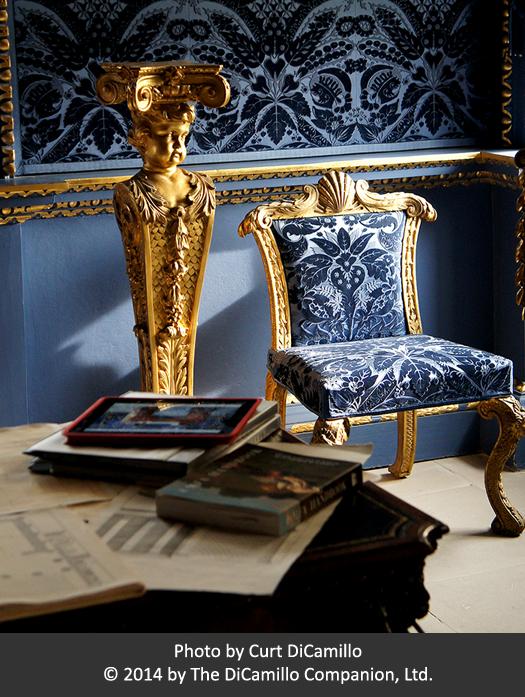 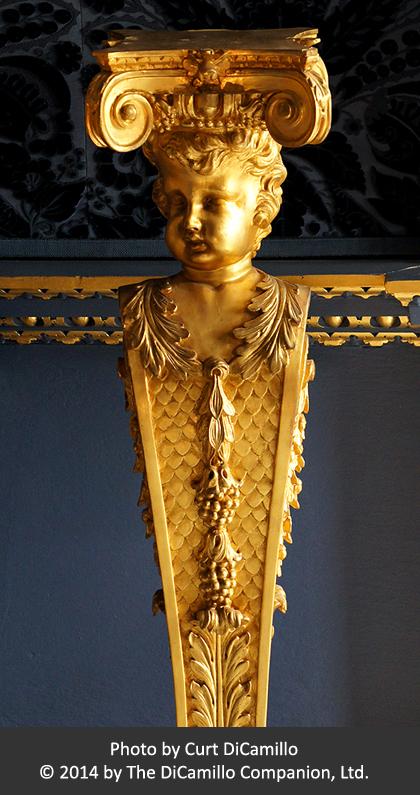 Detail of term in the Blue Velvet Room 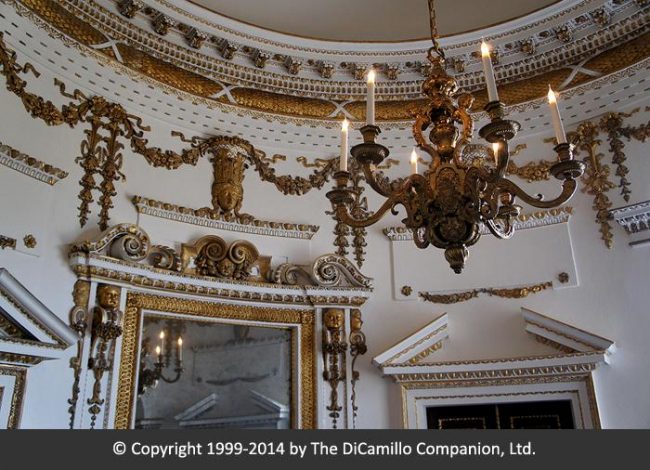 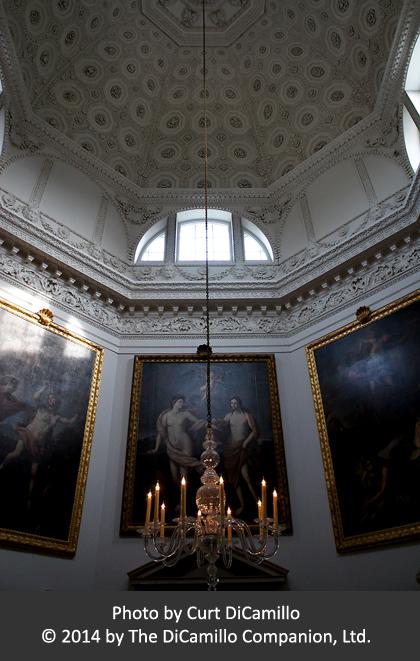 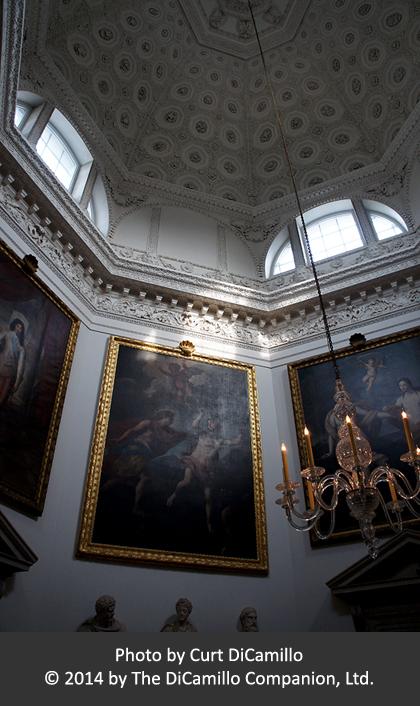 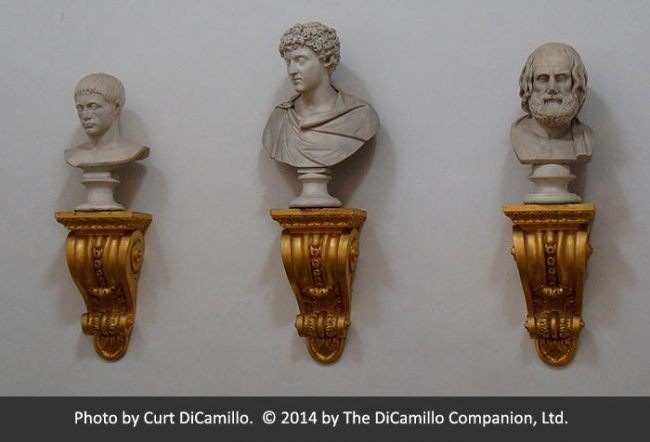 Busts in the rotunda 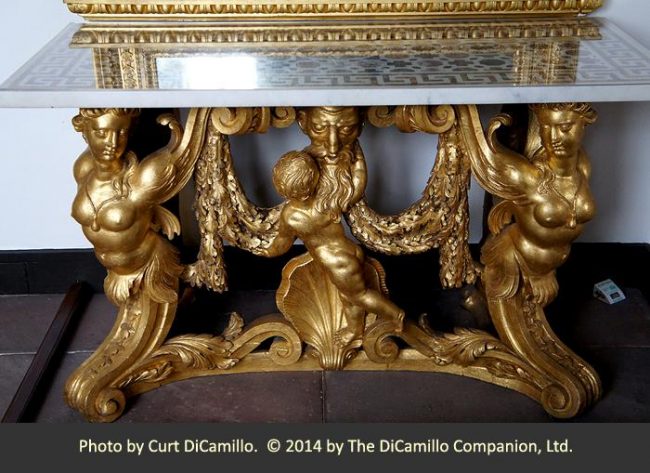 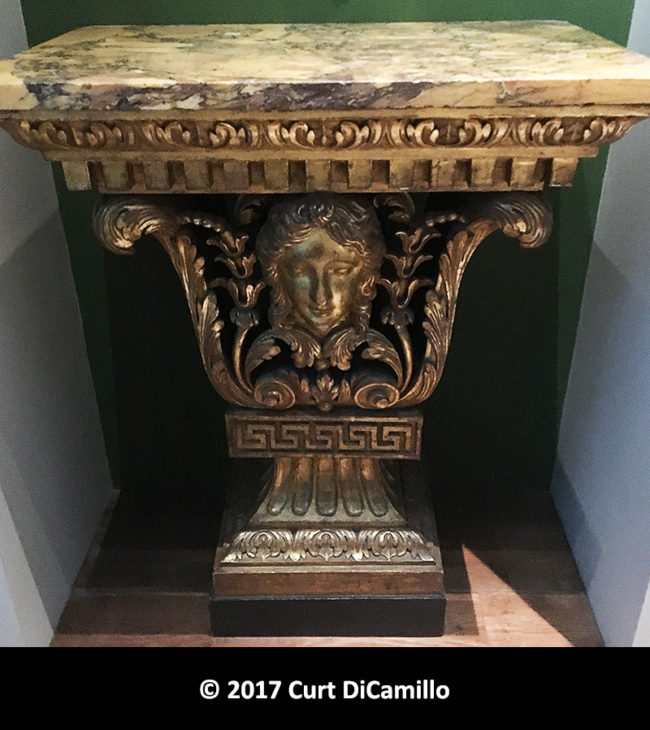 1727-32 Corinthian table designed by William Kent for Chiswick House. Today in the collection of the Victoria & Albert Museum. 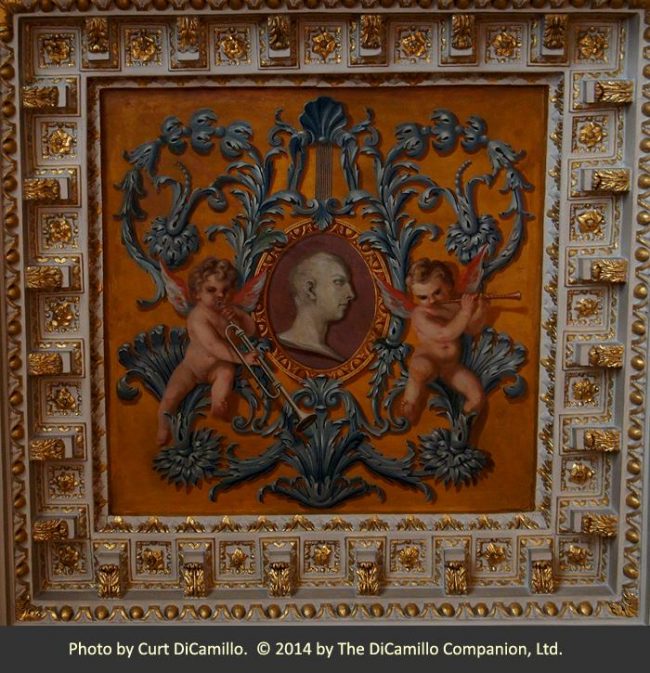 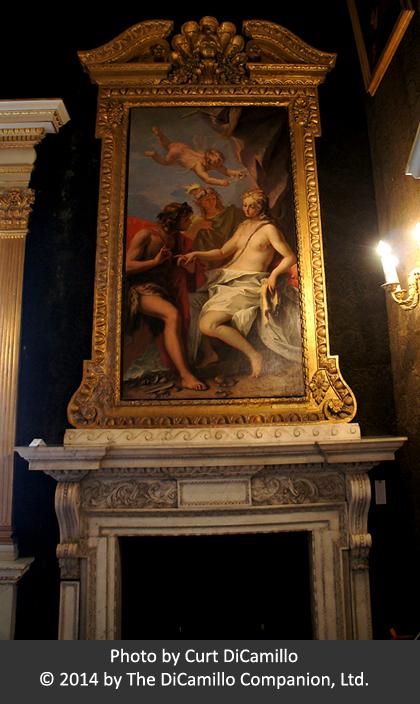 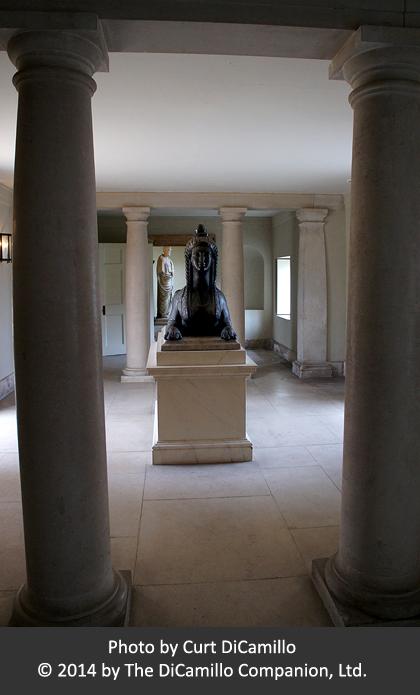 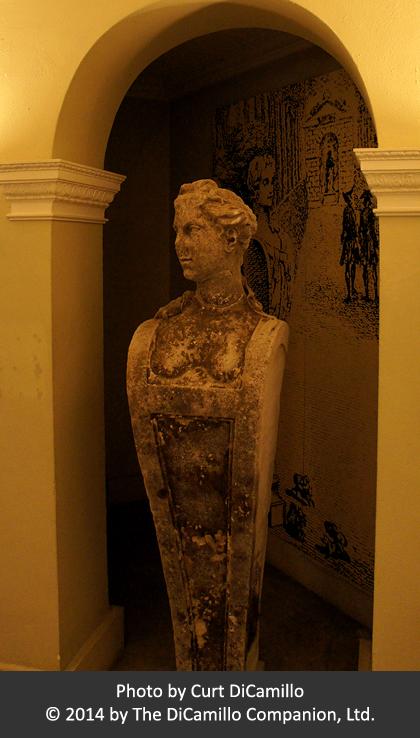 Term in the basement 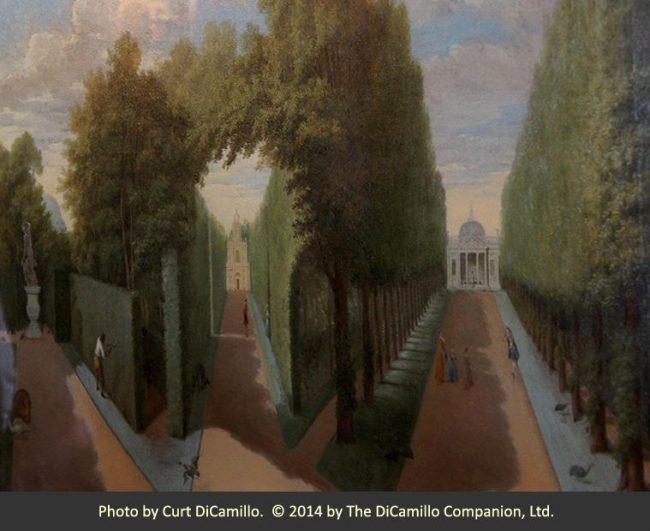 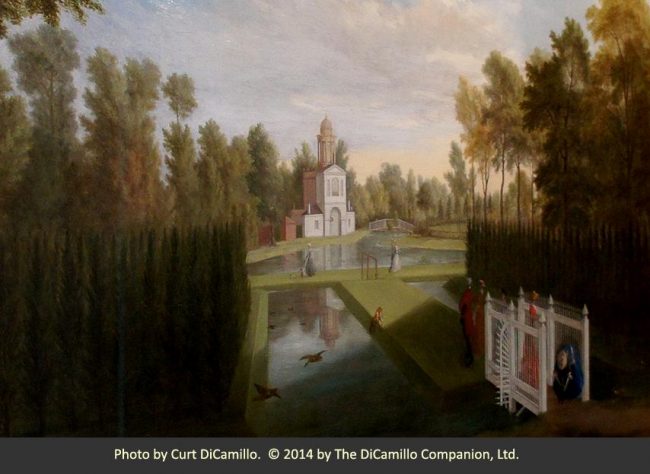 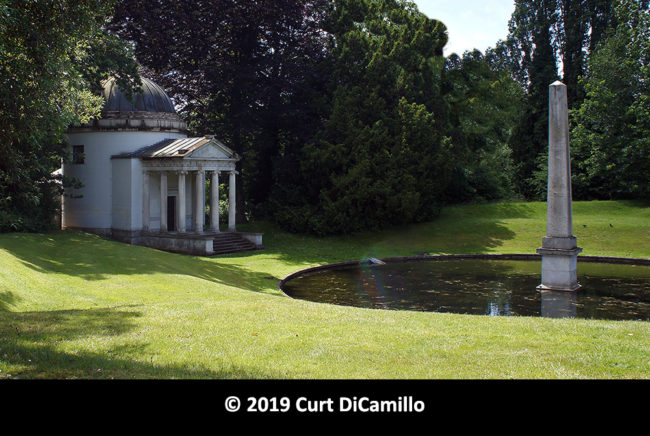 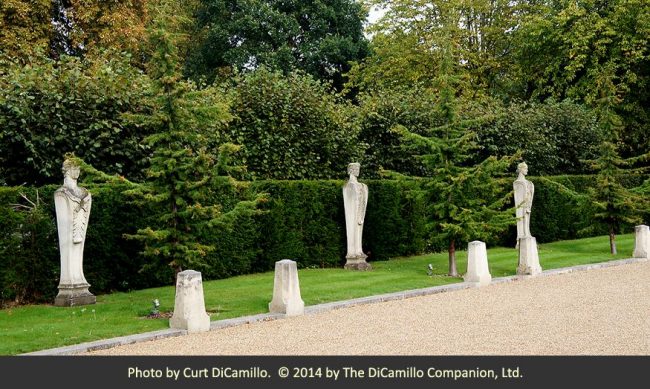