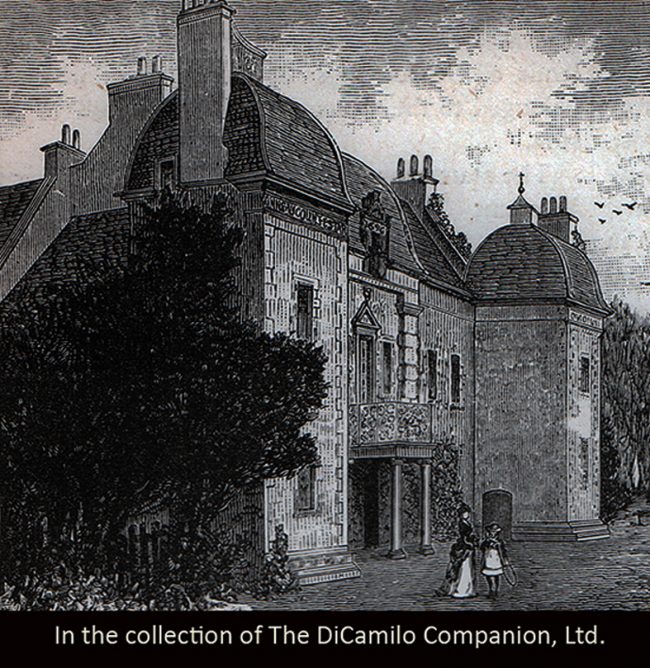 An 1890 wood-engraved print of the House