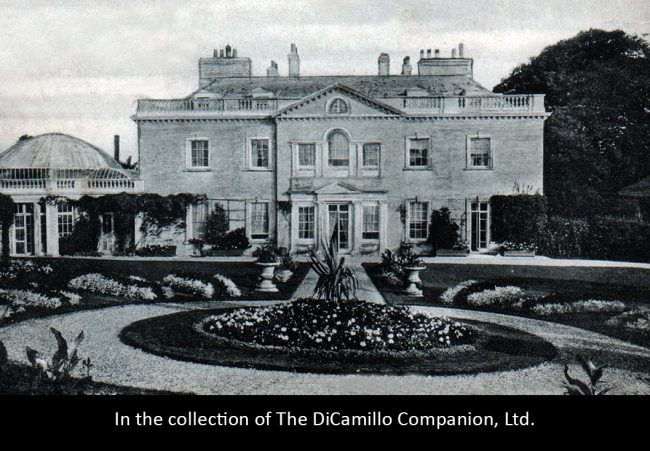 The garden (south) facade, with conservatory on left. From a 1905 postcard.