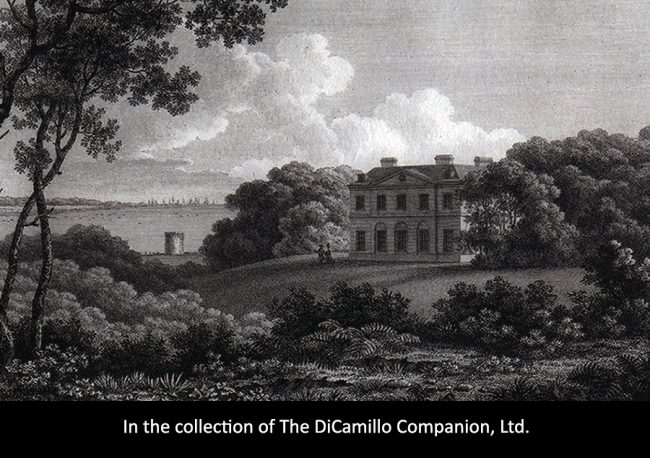 The House from a 1779 engraving 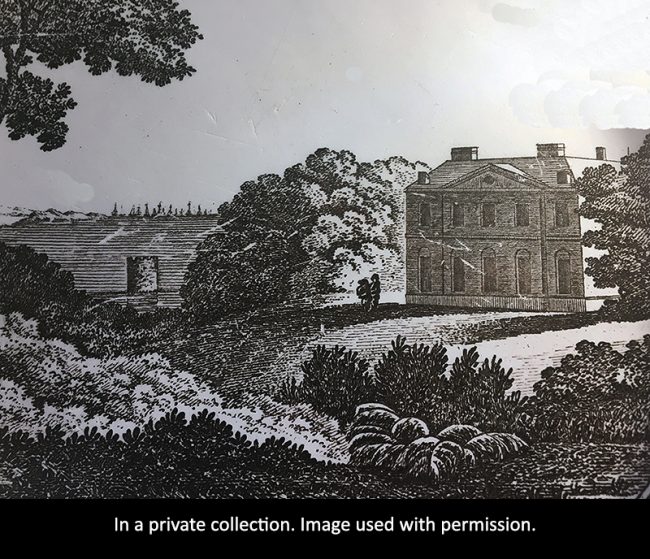 Detail of an early 19th century bat-printed French Creil creamware plate, the design of which was based on the 1779 engraving of the House.