In 1854 James Pennethorne demolished the Armory and Octagon Library of George III.

The monument to John Sheffield, 1st Duke of Buckingham, in Westminster Abbey from a 1770 engraving in "The Gentleman's Magazine." The 1st Duke built Buckingham House. 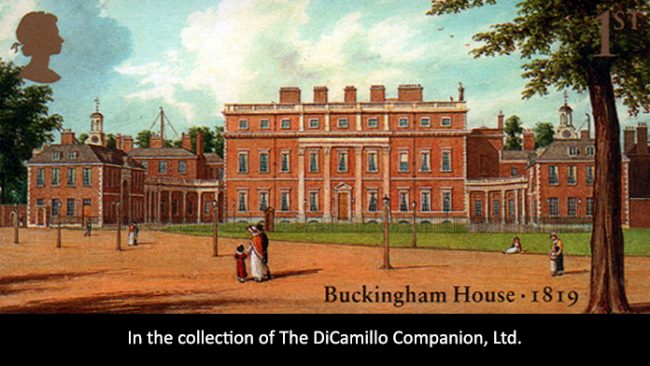 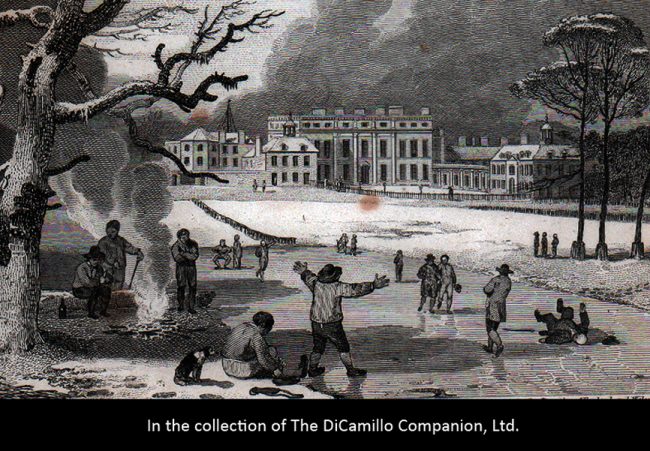 The Entrance (East) Facade of Buckingham House from "The Beauties of England and Wales," 1810. 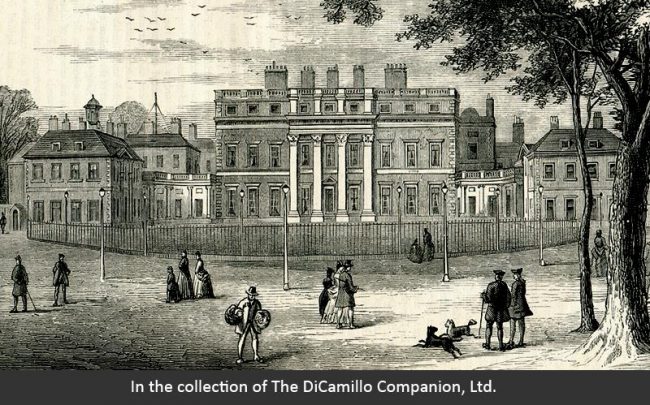 The Entrance (East) Facade of Buckingham House in 1775 from the 1880s publication "Old and New London," published by Cassell, Petter & Galpin. 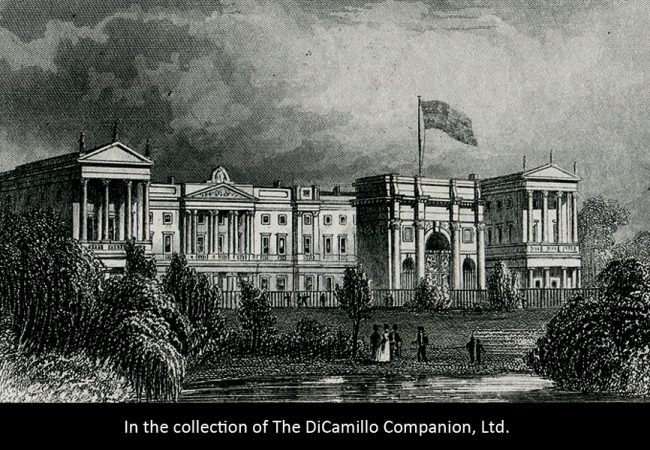 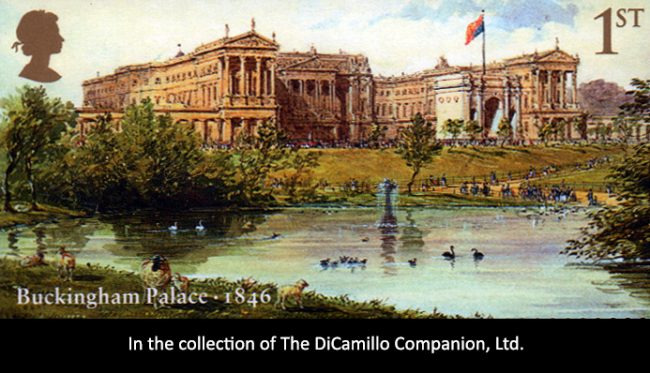 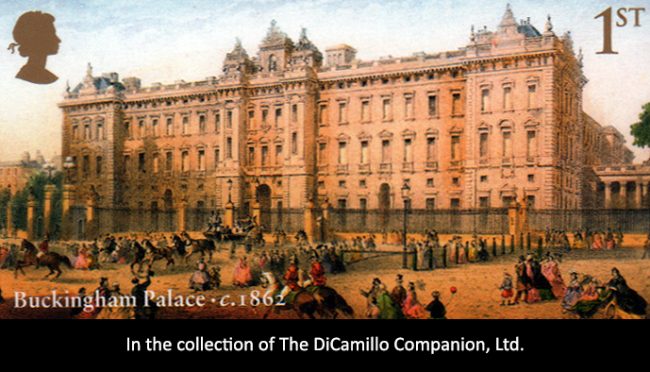 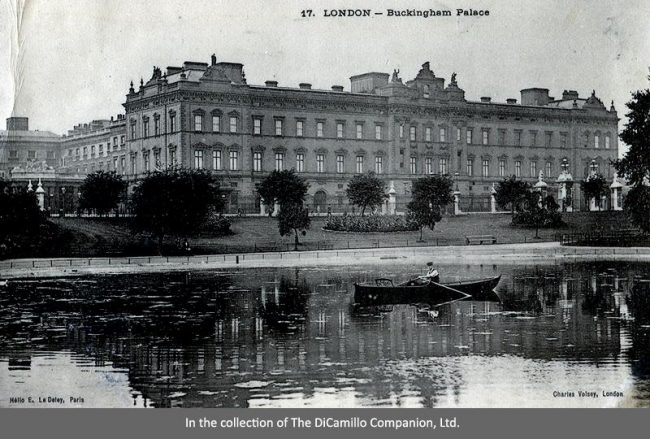 Edward Blore's Entrance (East) Facade from a circa 1908 postcard 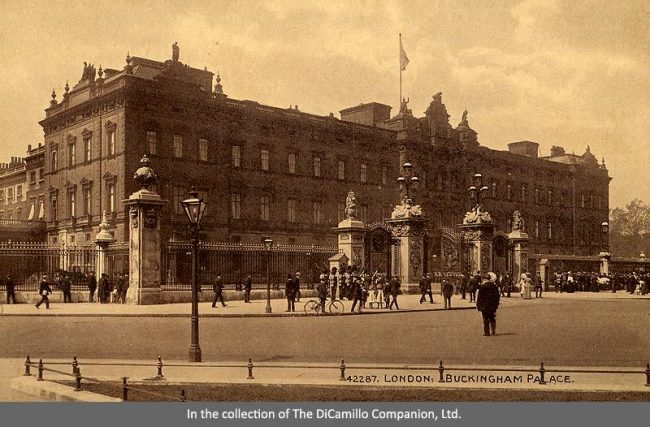 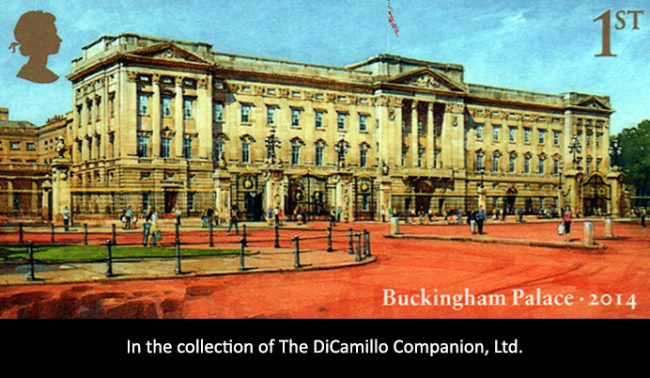 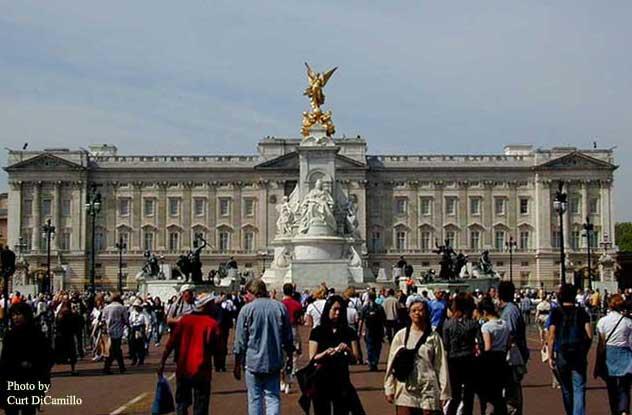 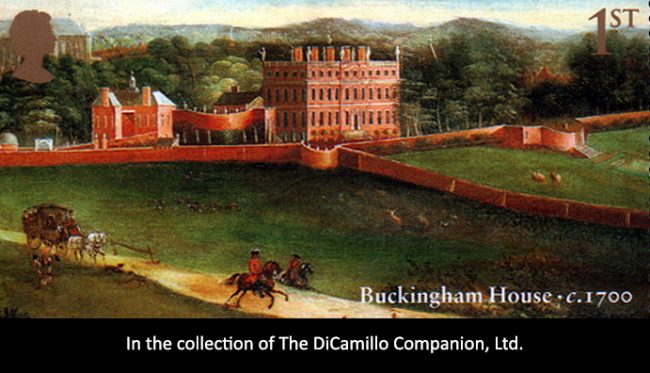 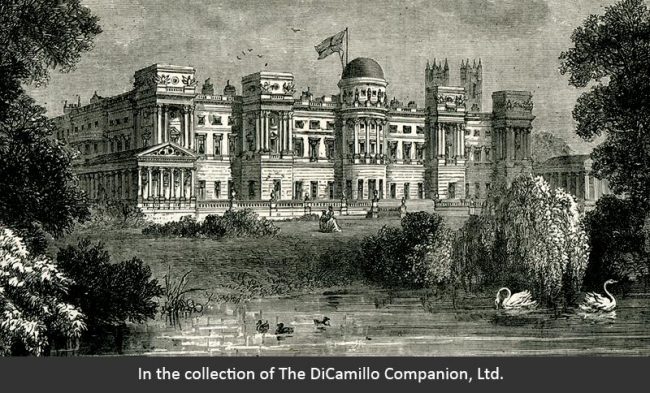 The Garden Facade from the 1880s publication "Old and New London," published by Cassell, Petter & Galpin. 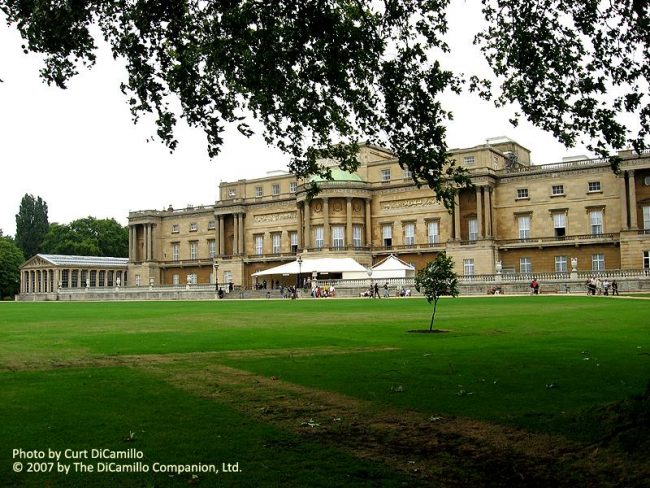 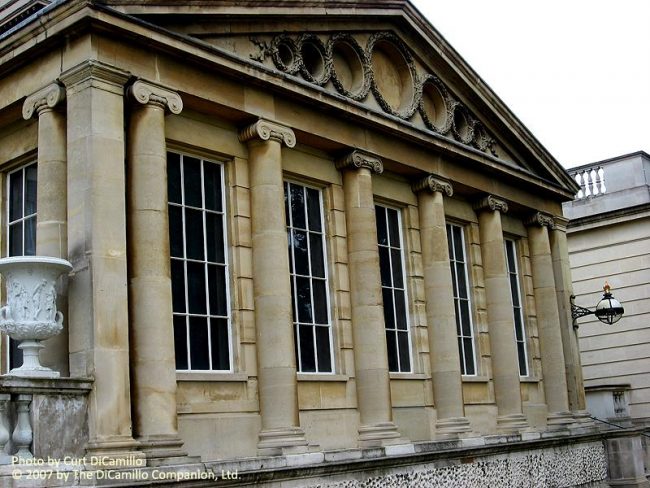 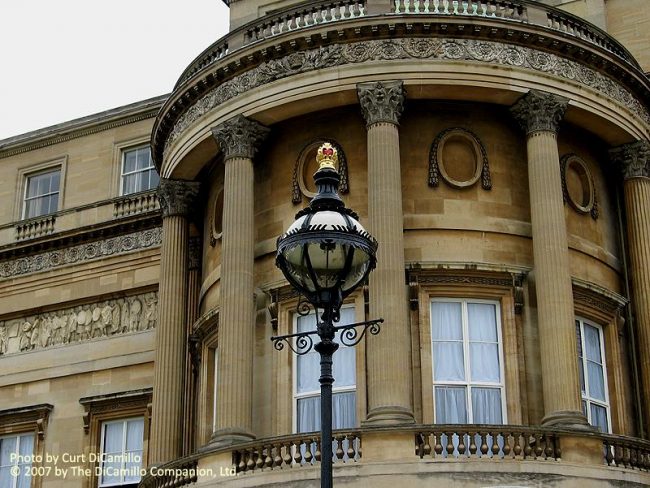 Detail of the Garden Facade 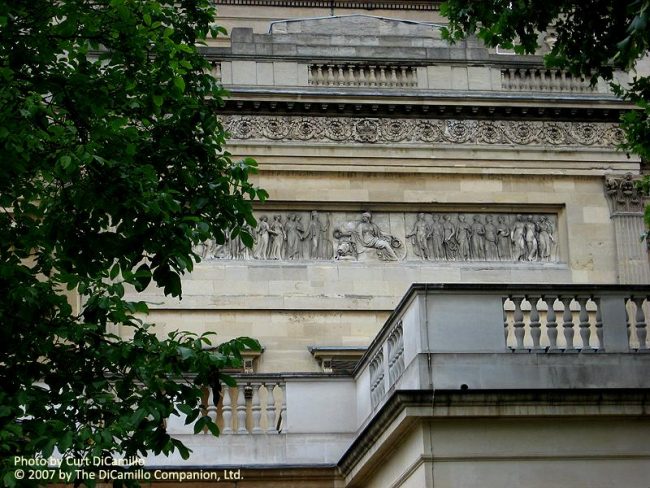 Detail of frieze on Garden Facade 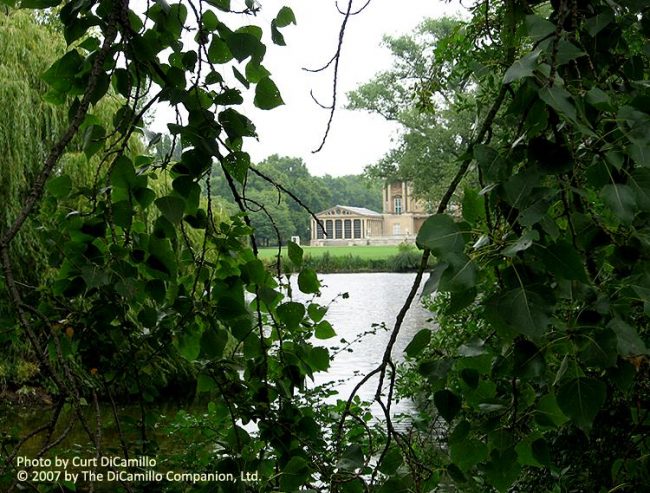 Distance View of the Garden Facade 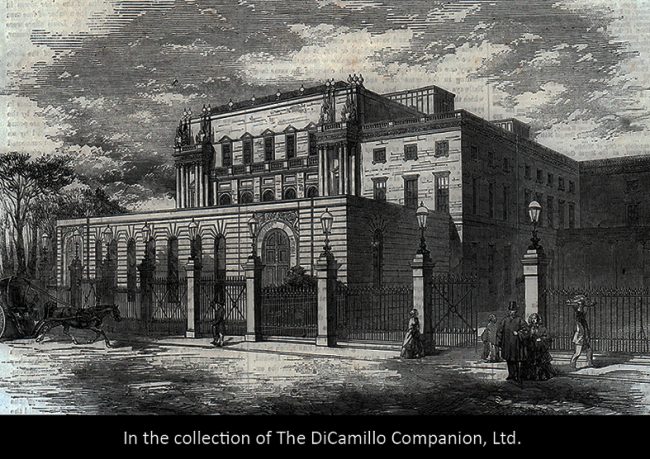 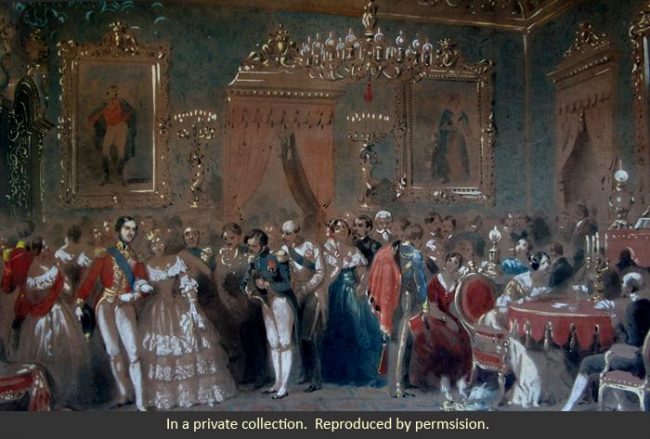 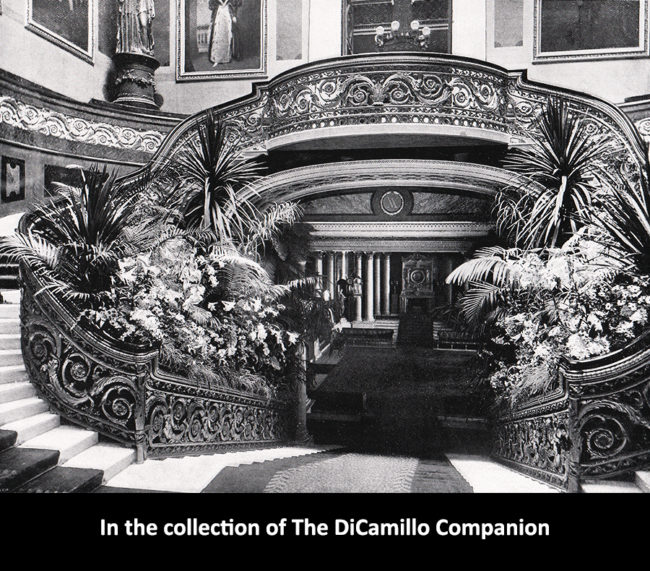 A photo of the Grand Staircase from "Round London," 1896. 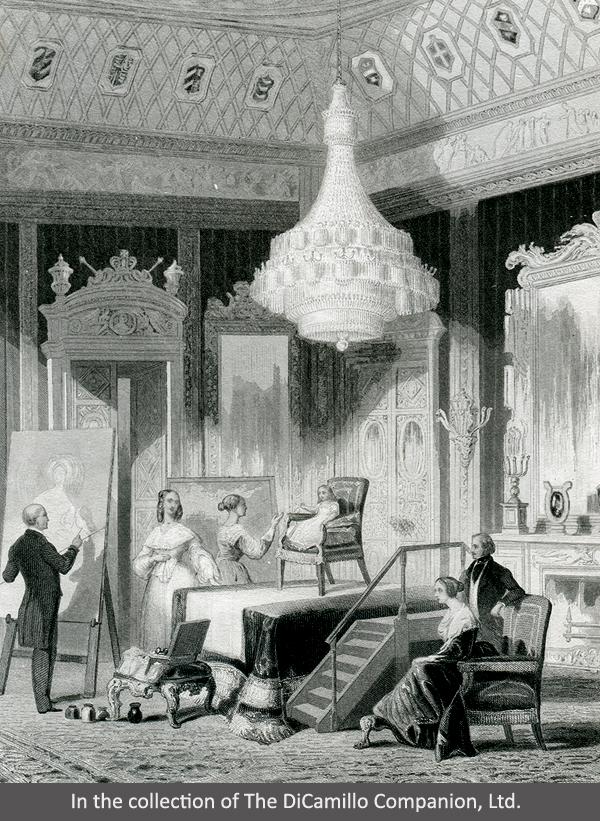 The Princess Royal (Princess Victoria) sitting for a portrait, from a mid-19th century engraving. 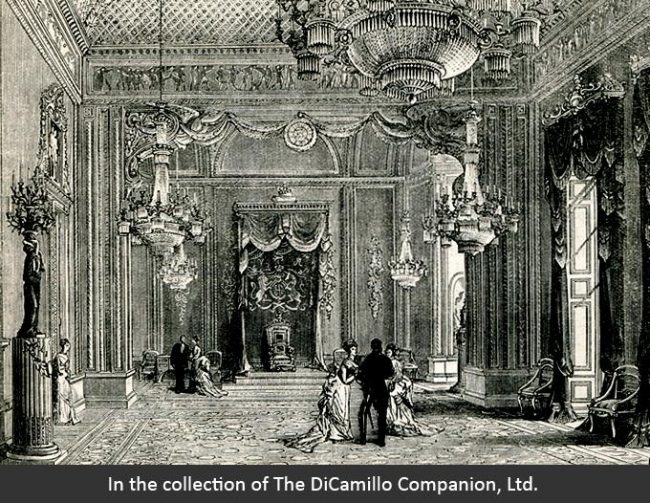 The Throne Room from the 1880s publication "Old and New London," published by Cassell, Petter & Galpin. 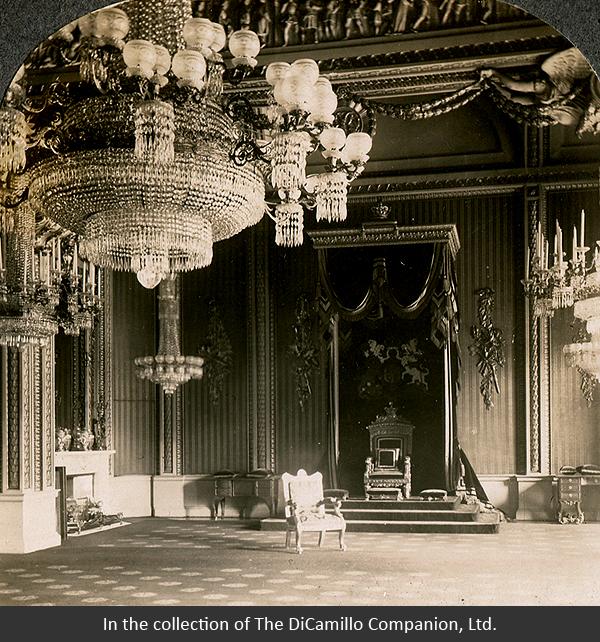 The Throne Room from a late 19th-early 20th century Stereoview 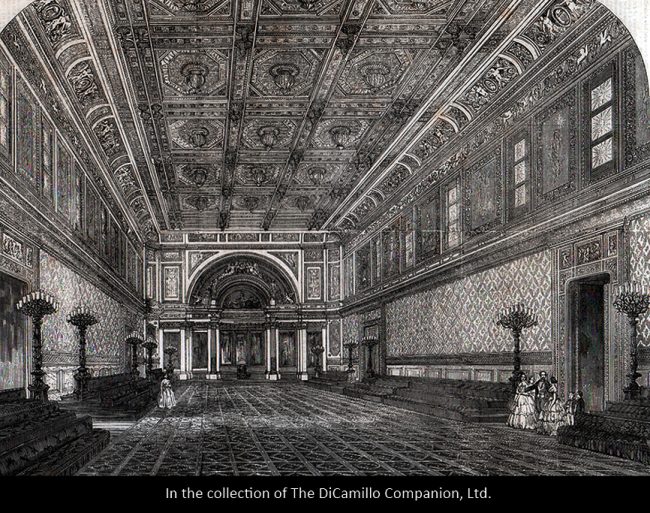 The Ballroom from the Jun 21, 1856 edition of "The Illustrated London News" 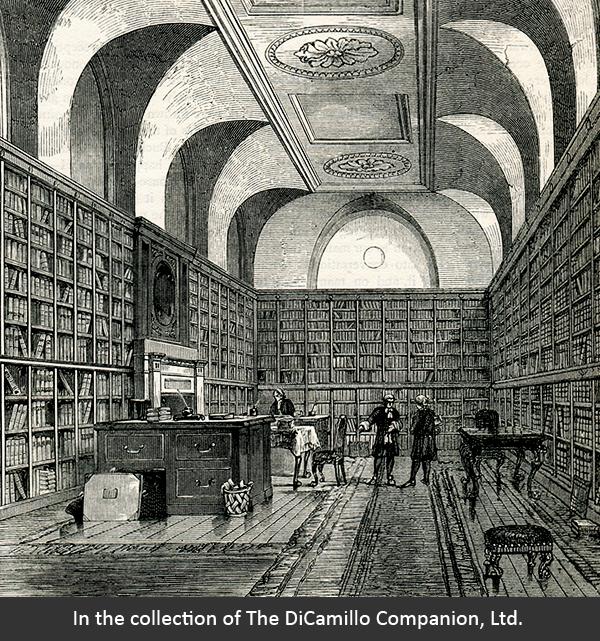 The King's Library in 1775 from the 1880s publication "Old and New London," published by Cassell, Petter & Galpin. 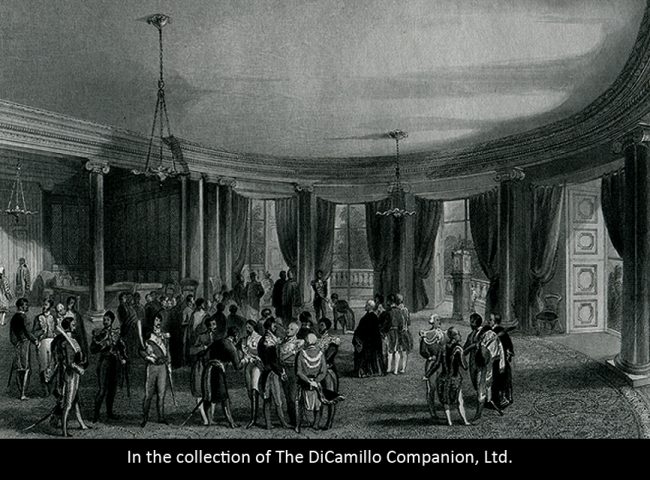 The Library, engraved by H. Melville, after a picture by Gilbert, published in "London Interiors," 1841. 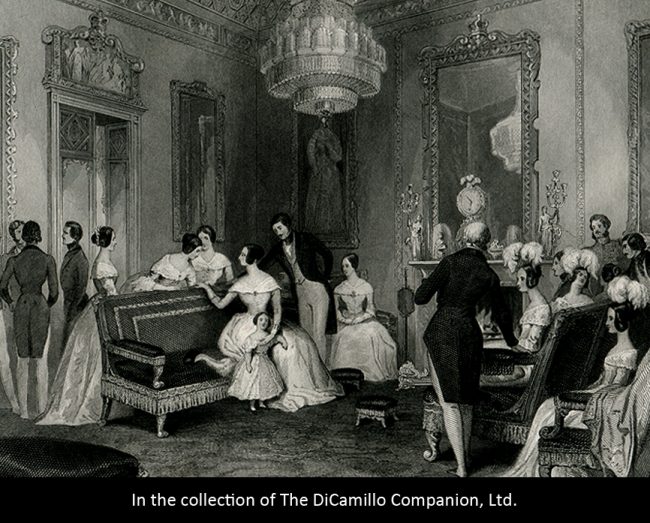 The Yellow Drawing Room from "London Interiors," circa 1845. 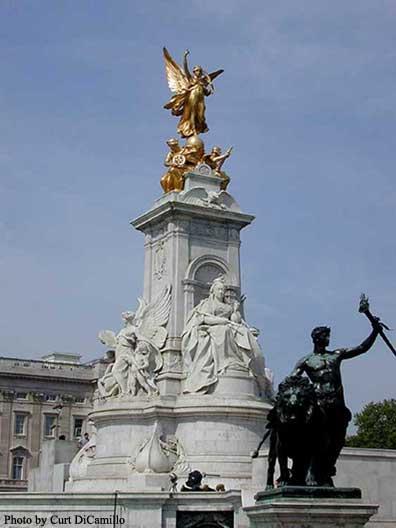 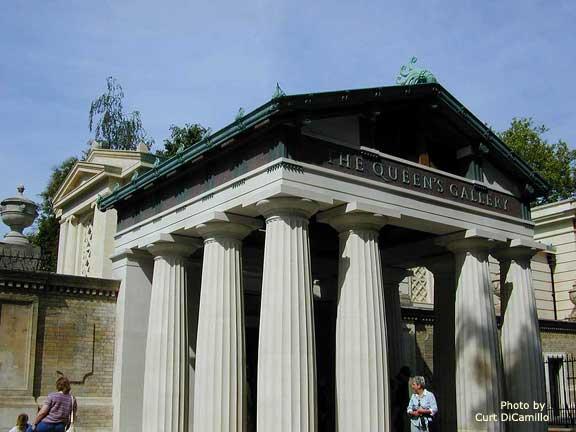 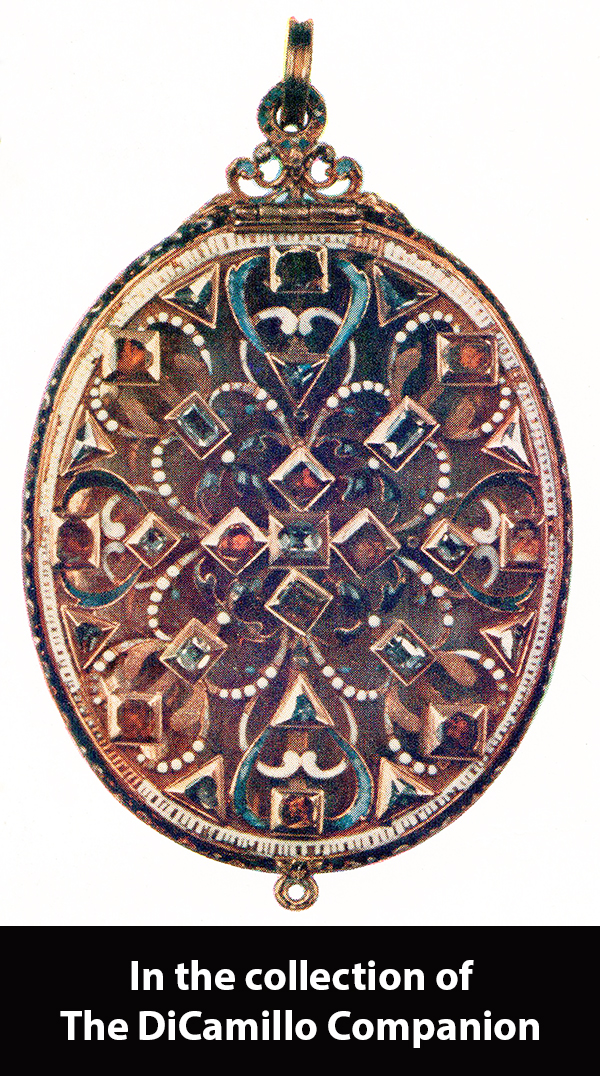 Locket containing hair of Charles I, English, circa 1620, from a circa 1905 photograph. Today in the Royal Collection and displayed at Buckingham Palace.