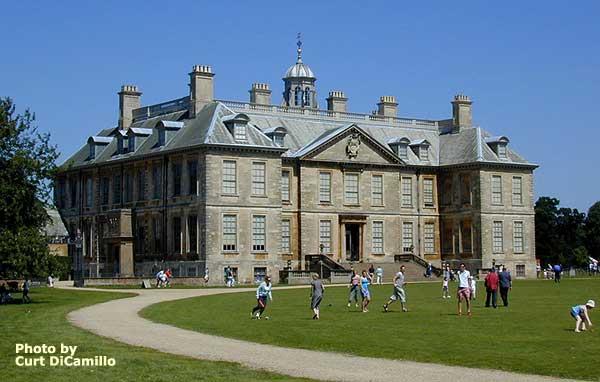 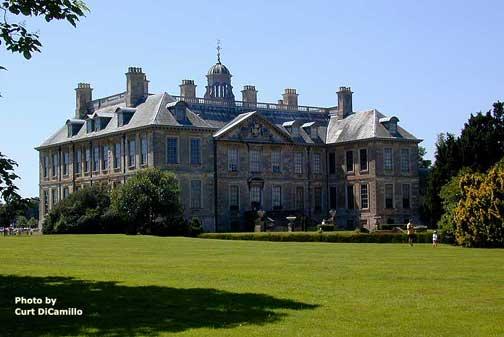 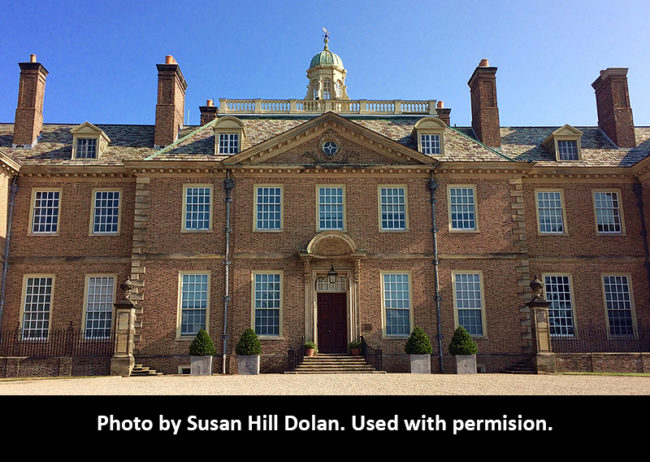 The South (Entrance) Facade of Castle Hill, Ipswich, Massachusetts. The door hood is based on Eagle House, Surrey; the facade and cupola are based on Belton House, Lincolnshire. 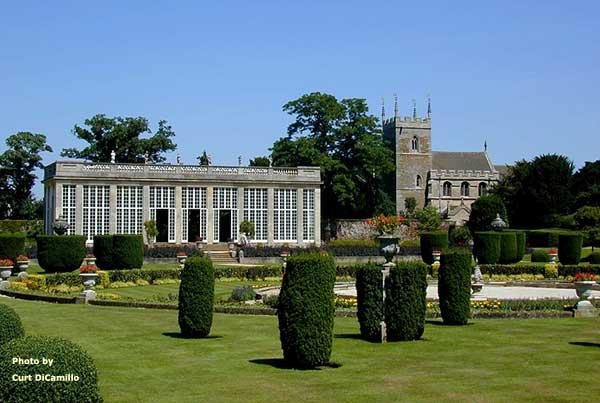 The Orangery and the Church 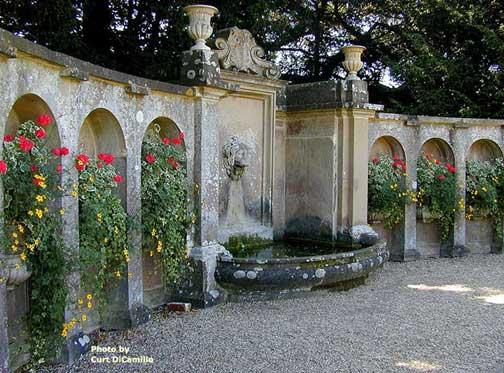