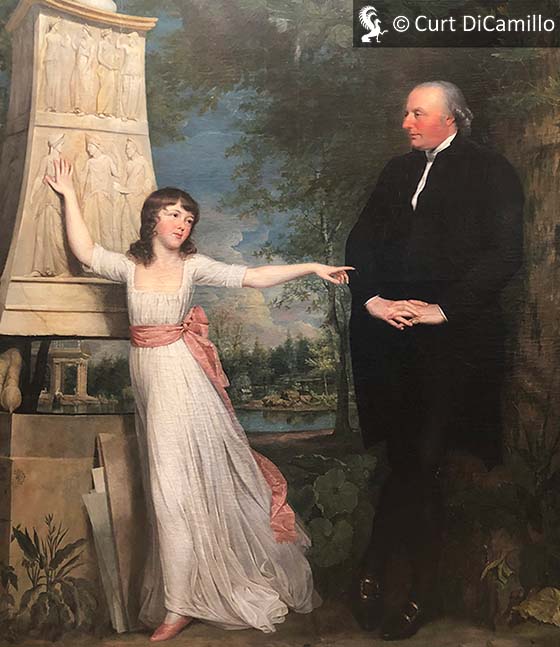 This circa 1790 painting by Hugh Douglas Hamilton, today in the collection of the National Gallery of Ireland, shows the builder of Ballyscullion, Frederick Hervey, Bishop of Derry and 4th Earl of Bristol, with his granddaughter, Lady Caroline Crichton, in the gardens of the Villa Borghese in Rome.