The existing house is a fragment of the original house 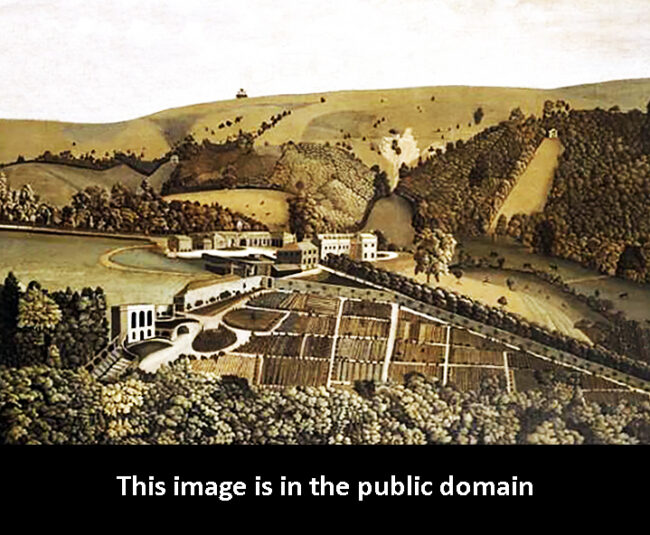 The house and estate from a circa 1770 illustration