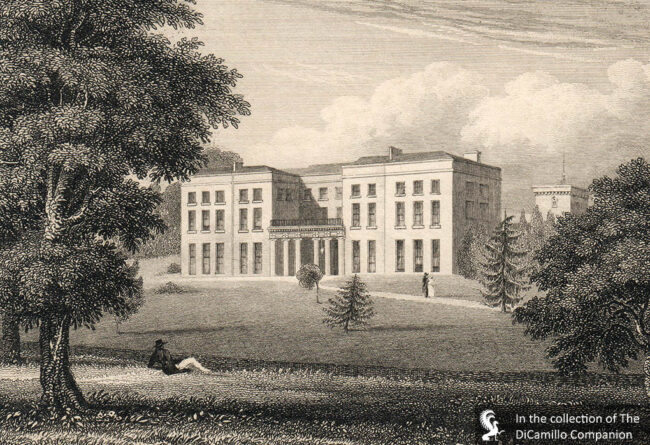 An 1831 engraving of the 18th century house (the second house) that was demolished to make way for the current house. From "Neale's Views of Seats." 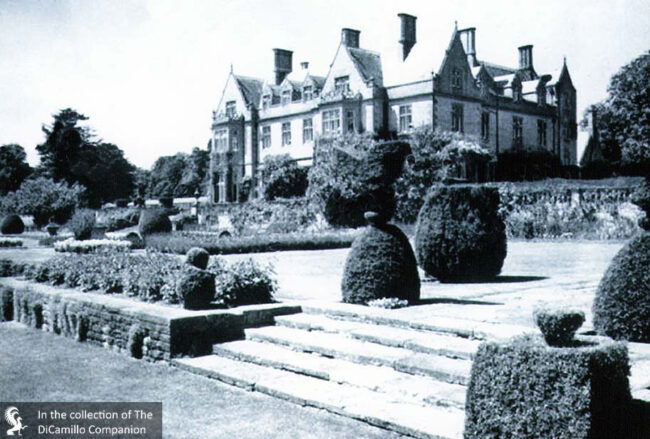 The third (current) house from a circa 1910 postcard