Ruinous by the mid-17th century. 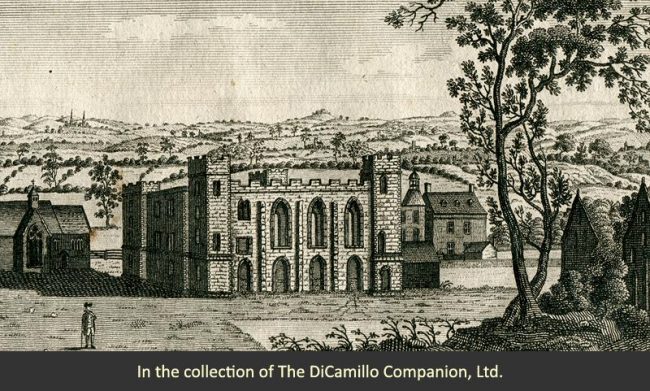 From an 18th century engraving by Eastgate