All but the tower, servants' quarters, stables, and coach house were demolished in 1951. 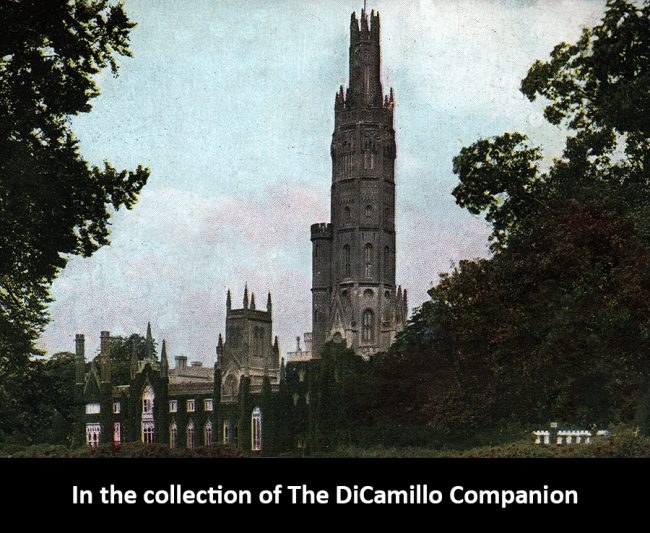 The house from a circa 1900 postcard 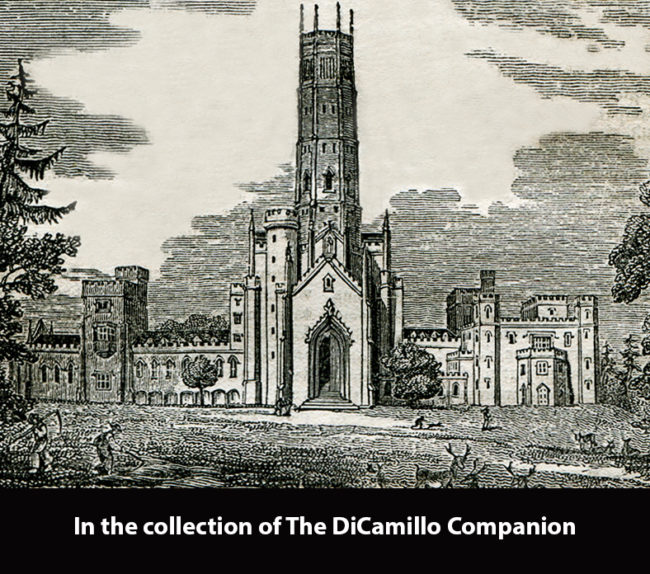 Fonthill Abbey from an 1823 publication. It's likely that Hadlow's tower was modeled upon Fonthill's tower.