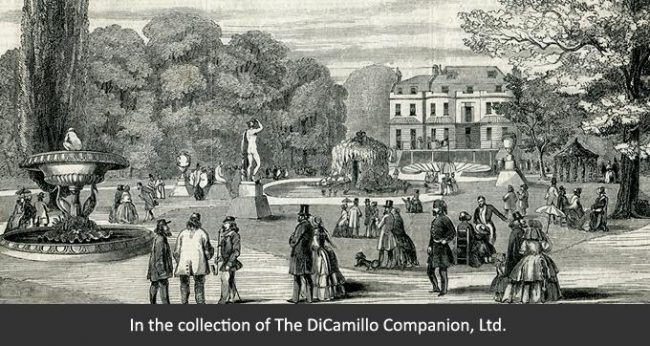 An engraving of the House from the May 10, 1851 issue of "The Illustrated London News" showing Sympoisum of All Nations in the gardens of Gore House. 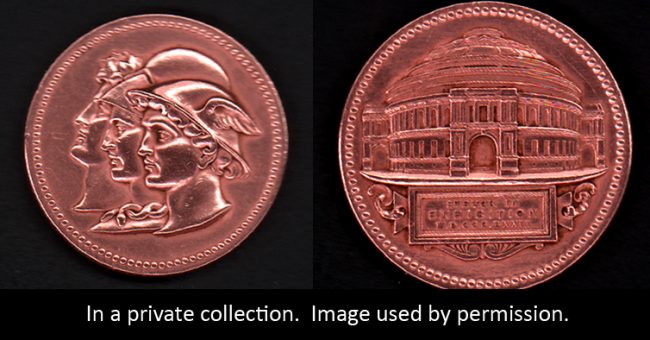 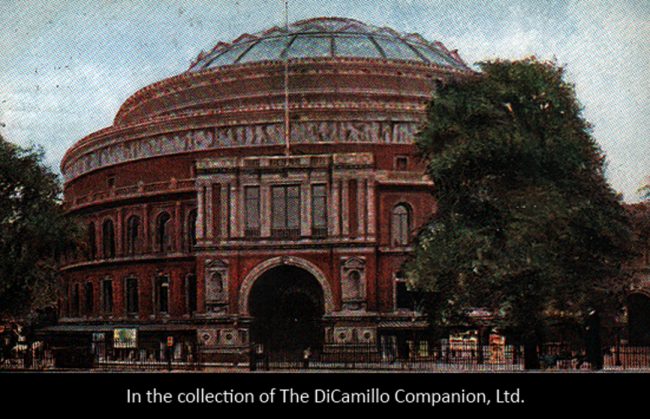 Royal Albert Hall from a 1905 postcard