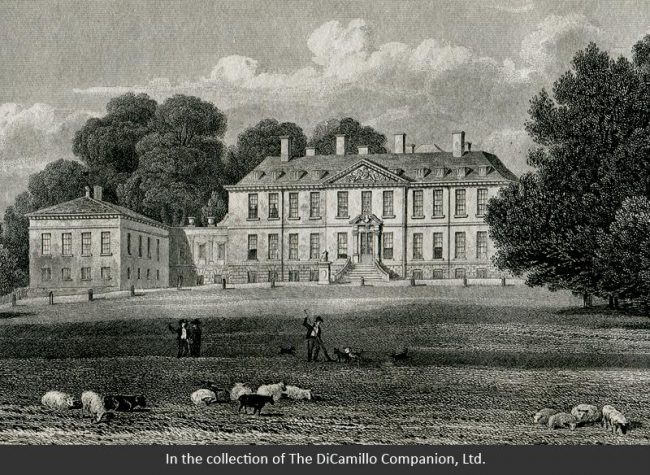 The House from an 1823 engraving from "Neale's Views of the Seats of the Noblemen and Gentlemen in England, Wales, Scotland and Ireland"